Looking to stamp out social and cultural divides, USA Network kicked off its second "Characters Unite" month on February 8 with an interactive pop-up in Union Square. Working with Toby Graff, the cable channel's senior vice president of public affairs, XA produced a heated cube structure that allowed passersby to customize their own T-shirts with rubber stamps.

Free and open to the public for two days, the activation held white American Apparel tees already emblazoned with the phrase "I won't stand for," and visitors could then pick a stamp marked with the topic they felt most strongly about, choosing from a selection that included "discrimination," "intolerance," and "homophobia."

To extend the consumer engagement to the digital audience, the pop-up also included a photo booth, where guests could snap a pic with their new tops and upload the image to Facebook, Twitter, and other social media sites. USA brought out White Collar stars Tiffani Thiessen, Tim DeKay, and Sharif Atkins to participate in the experience and discuss the Characters Unite initiative, which includes public service announcements, video content on a dedicated Web site, a documentary, and a special brunch during Super Bowl weekend in Indianapolis.

On February 28, the brand will take the activation to Washington. A separate promotion, a national tour with nonprofit organization the Moth, stops in Los Angeles Wednesday. 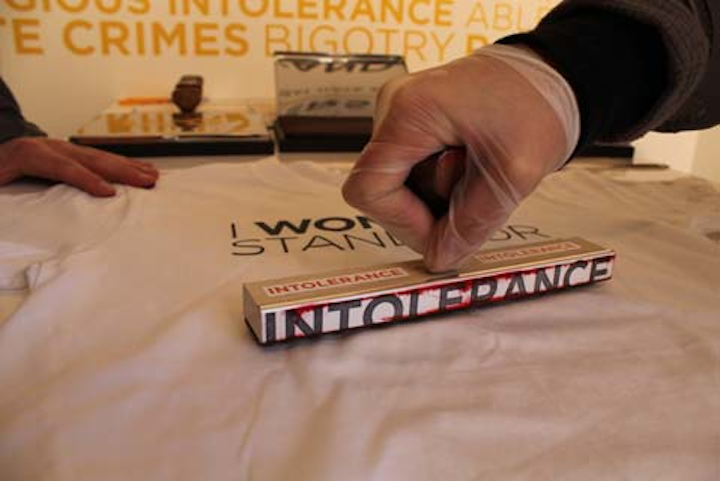 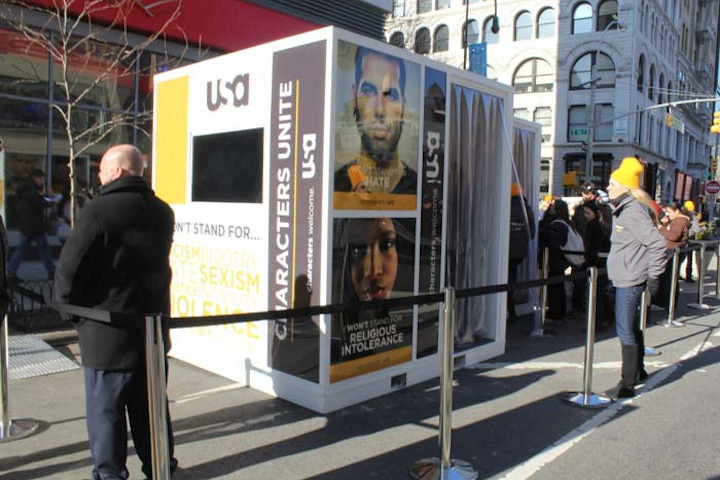 The promotion took place in Union Square, and XA created a heated cube structure that visitors could enter to participate.
Photo: Nadia Chaudhury/BizBash 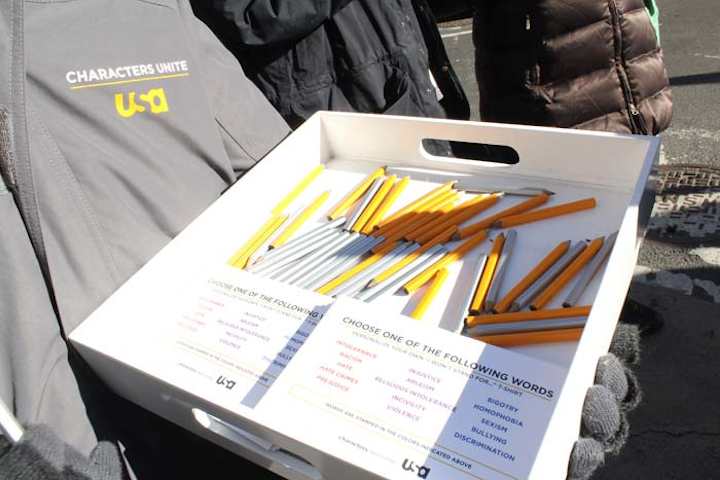 To minimize the waiting time, participants could fill out forms specifying the stamp they wanted before entering the pop-up.
Photo: Nadia Chaudhury/BizBash 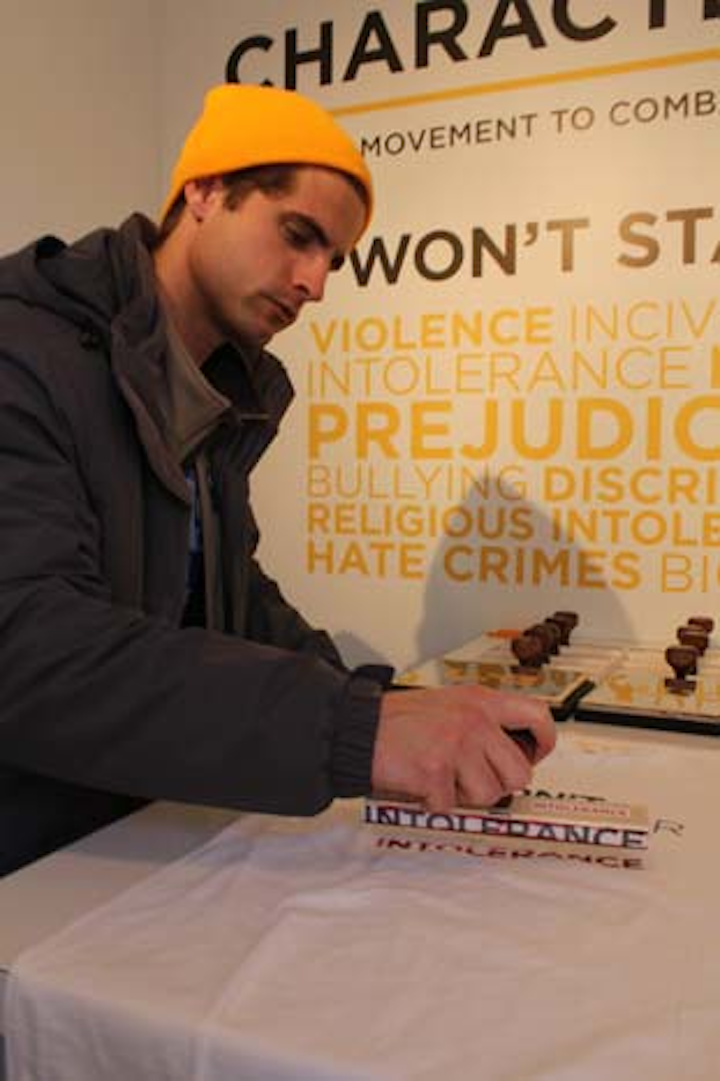 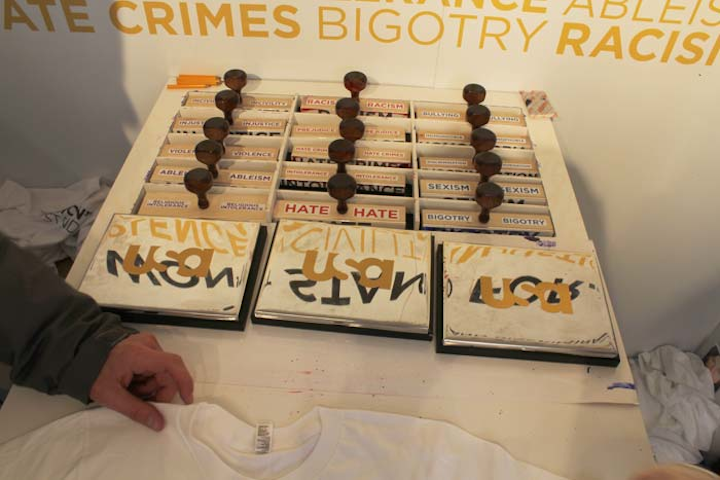 The network offered a wide array of topics for visitors to stamp on their T-shirts, including "hate," "discrimination," and "intolerance."
Photo: Nadia Chaudhury/BizBash 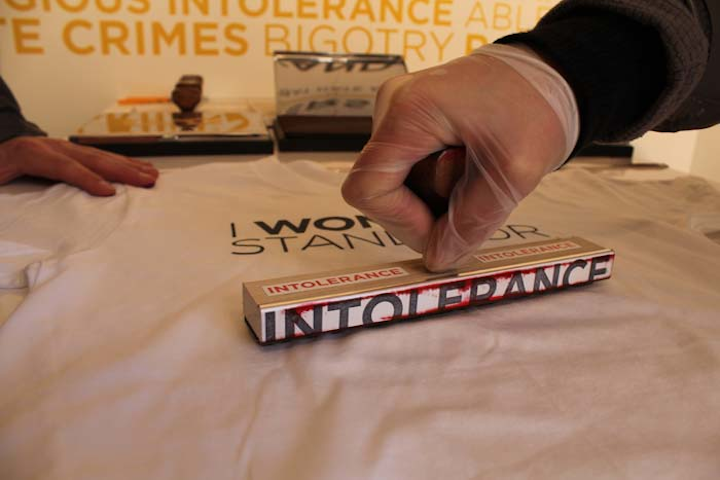 Each tee was already branded with the slogan, "I won't stand for," and participants could customize their top with the one of a dozen different stamps.
Photo: Nadia Chaudhury/BizBash 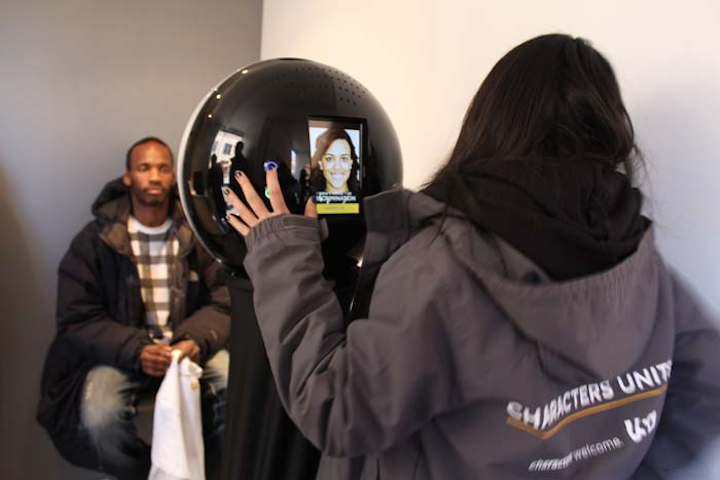 Using a special photo kiosk, participants were prompted to take a photo that could be immediately uploaded to a social media site.
Photo: Nadia Chaudhury/BizBash
More in Strategy