The One Group hosted one of its signature celebrations April 11 to honor the second anniversary of STK, One's chic steakhouse inside the Perry South Beach Hotel. About 450 guests were invited to STK for the “S2K” party, “a nod to the future through the eyes of STK,” according to Devon Mosley, the One Group's national marketing director.

Outside the restaurant, attendees were greeted with a red carpet and a logo-clad step-and-repeat, while sponsor Prestige Imports provided red Lamborghinis parked outside STK to add luxury auto decor to the scene.

Inside, hostesses dressed in silver from head to toe, donning futuristic jumpsuits and petticoats, blonde wigs, and glowing bracelets. In the first-floor dining room and bar area, black lights provided a canvas for multicolored lasers, which beamed back and forth; the “S2K” logo was projected onto the ceiling. Across from the bar, an electronic tweet wall projected Twitter messages from five users at a time, provided they used the hashtag “#S2K2012.”

Dancers wearing only glow-in-the-dark body paint by Brilliance New York colored the dance floor, while more silver-dressed go-go dancers acted as both live décor and entertainment on the bar top, which was adorned in illuminated geometric vases with colored liquid, as well as collins glasses filled with glow sticks.

At the bar, mixologists poured vodka cocktails from Wodka and Alchemia, while STK executive chef Aaron Taylor provided passed hors d'oeuvres including oysters on the half shell with yuzu granita, tuna tartare with spicy mayo and plantain chips, Serrano ham croquettes with Manchego cheese, and mini cheesecake bites for dessert.

Resident DJs Danny Stern and Obscene spun a playlist of '80s and '90s tunes. Additional entertainment included a photo booth and a performance from the Bionic Ballerina, who wowed viewers with an aerobic dance routine. 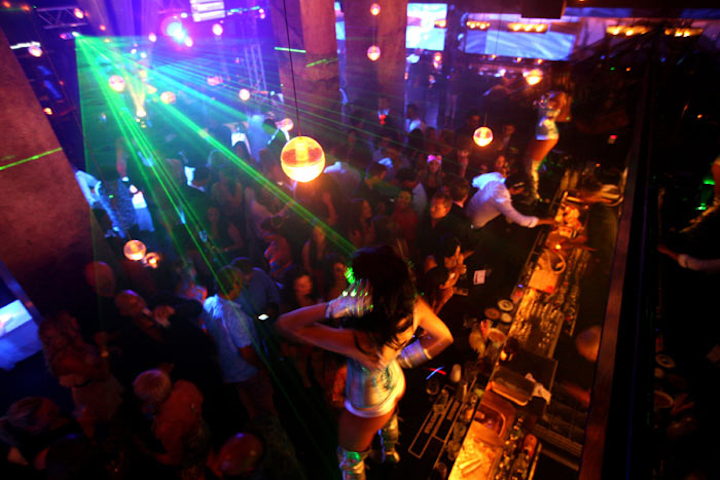 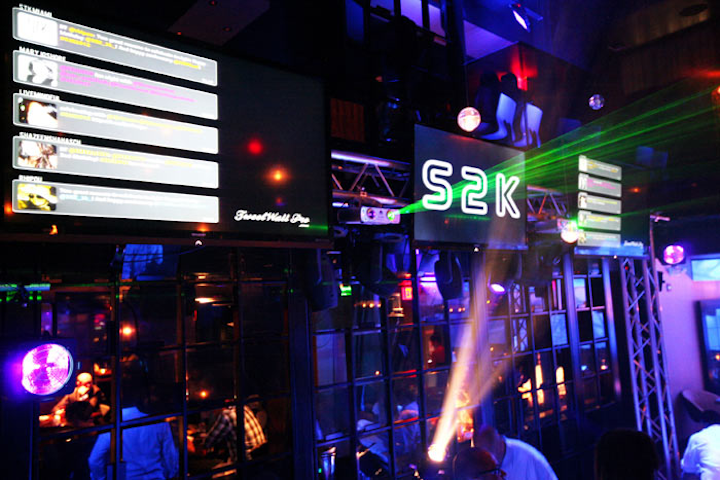 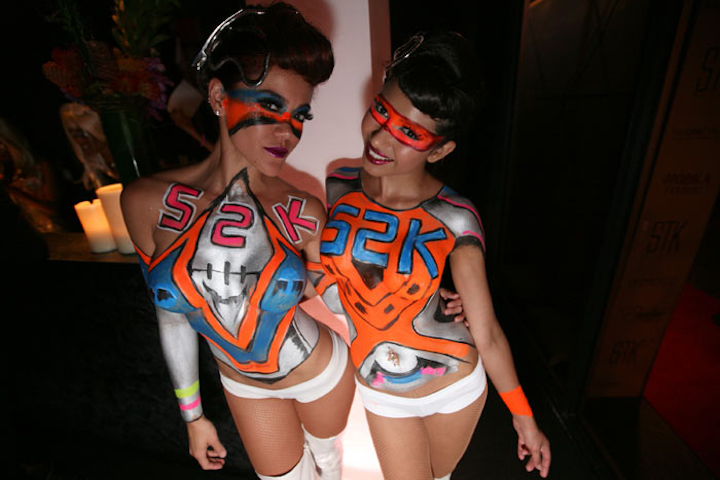 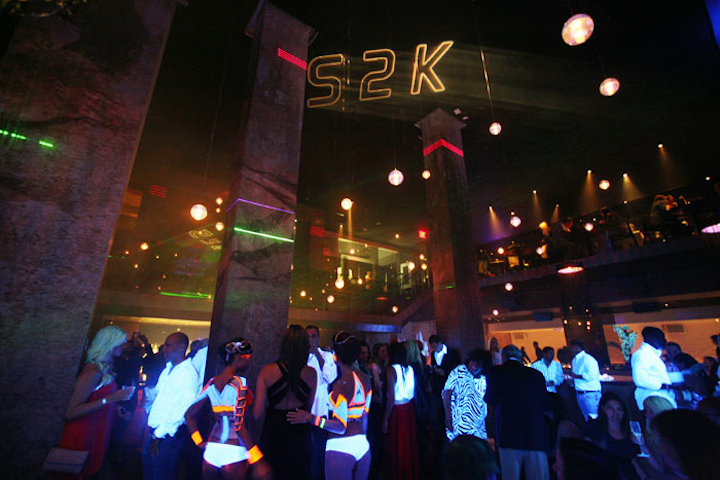 Black lights provided a canvas for multicolored lasers and a projection of the party's logo.
Photo: TARA, Ink
More in Strategy