From splashing prompts on seating cards and menus, to scrawling them in lipstick or cake icing, here's how to encourage guests to engage on social media.

They may have been introduced more than three years ago, but hashtags remain a cheap, easy, and effective way to build engagement and awareness on social media—and event pros are continually coming up with creative ways to promote them. From messages as small as seating cards to hashtags as large as billboards, here's a look at some new ideas to spark social media engagement at your next event.

1. Put Them Where Guests Snap Pics 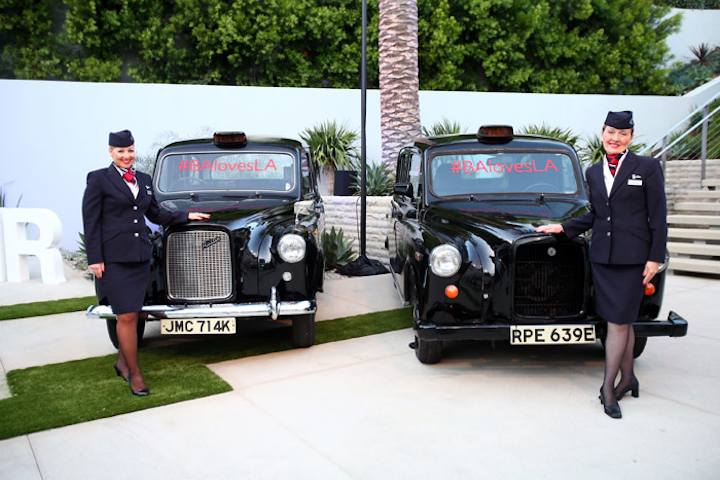 If your event has an oversize prop, eye-catching decor piece, or some other feature guests are likely to want to photograph, that element is a smart place for a hashtag—and it's bound to make its way online throughout the night. For instance, a Los Angeles event for British Airways and Variety saw hashtags splashed in the front windshields of traditional British black cars. Similarly, Diesel printed the hashtag for its Reboot campaign last September on large-scale installations in New York's Union Square.
Photo: Joe Scarnici/Getty Images for Variety

2. Place Them Where Guests Can't Miss Them 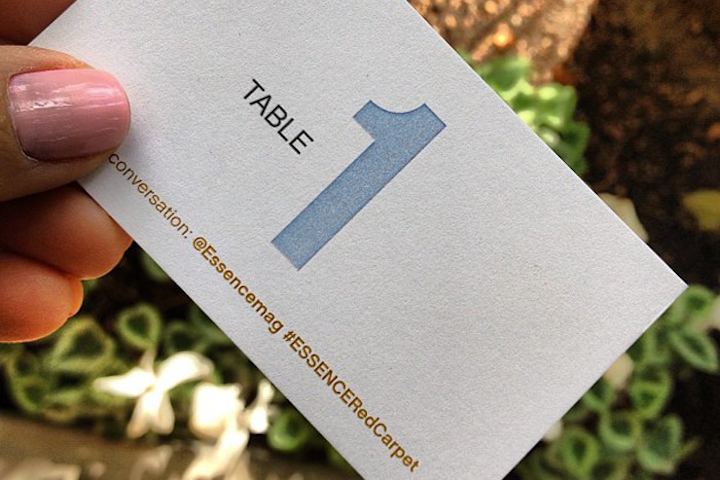 Hashtags printed on items that guests hold in their hands throughout the course of an event—say, a fan giveaway at a promotion, or a table card for a seated meal—cannot be easily ignored or forgotten. At Essence magazine's Black Women in Hollywood Oscar luncheon in Beverly Hills, hashtags and handles decked seating cards for easy reference.
Photo: Alesandra Dubin/BizBash

3. Add Them to Activities 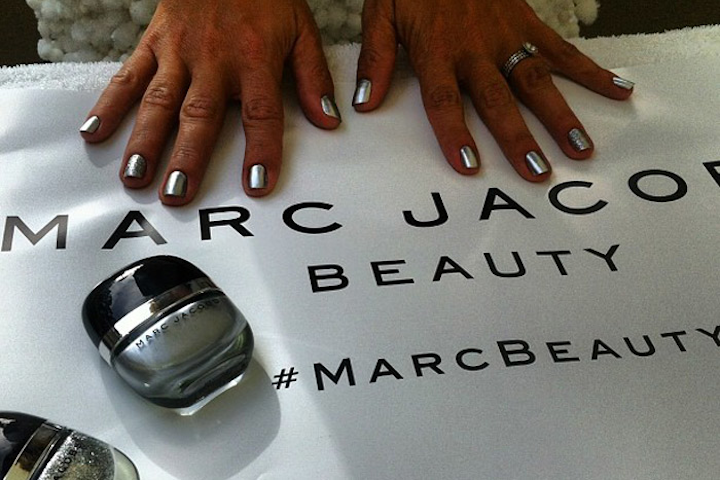 When events offer beauty and grooming treatments, guests are likely to feel compelled to share their post-experience transformation, whether it's a new hair look or a fresh manicure. At HBO's Luxury Lounge during the Emmys in Los Angeles, mats under mani stations encouraged social snaps for guests receiving Marc Jacobs Beauty manicures. And at Herbal Essences lounge at BMF's Hard Rock Hotel party during Lollapalooza in Chicago, hashtags on nearby signage encouraged guests to post beauty shots.
Photo: Alesandra Dubin/BizBash

4. Use Them to Encourage Interaction 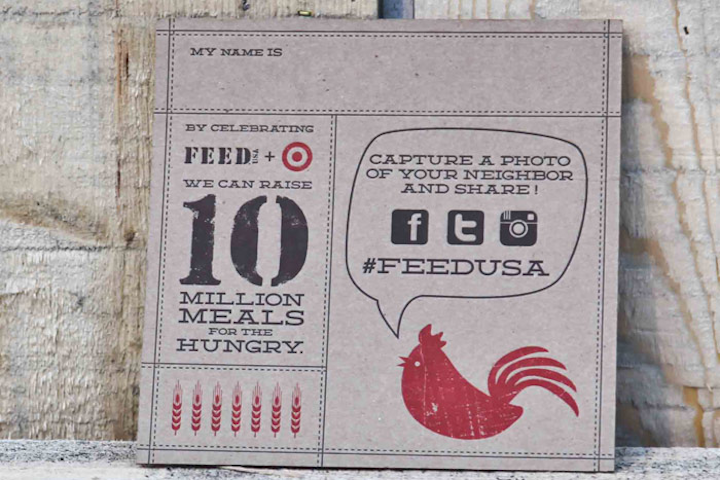 Hashtags that encourage interaction on site through gamification or another kind of activity are sure to facilitate broad interaction online as well. At Target's Feed U.S.A. event, menus encouraged guests to interact and mingle with tablemates through social media prompts on menus.
Photo: Nilaya Sabnis 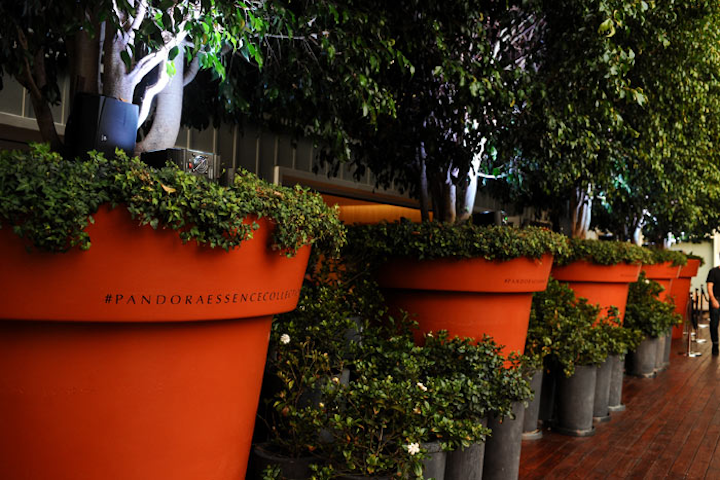 Sometimes, it's not the biggest message that makes an impact, but the subtle and cleverly rendered one that gets guests' attention. For a look that was well integrated with the venue's existing decor, Pandora launched a new jewelry collection in Los Angeles and emblazoned the Mondrian hotel's bold oversize planters with hashtags.
Photo: Stefanie Keenan

6. Put Them Where Guests Are Likely to Linger 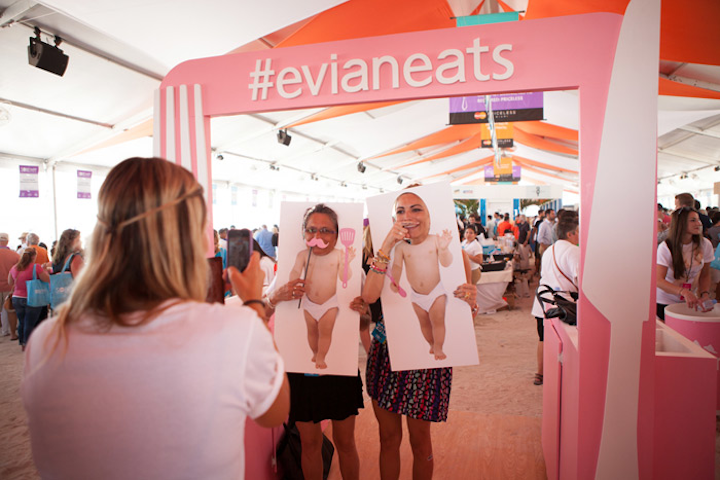 Hashtags get noticed in places where guests spend much of their time on event day—and where they have physical space and incentive to hang out. Certainly, a photo activation is a compelling incentive: Evian's photo activation at the South Beach Wine & Food Festival in Miami put a hashtag right above the action, where it was sure to make its way online.
Photo: Elizabeth Renfrow for BizBash

7. Offer Rewards for Using Them 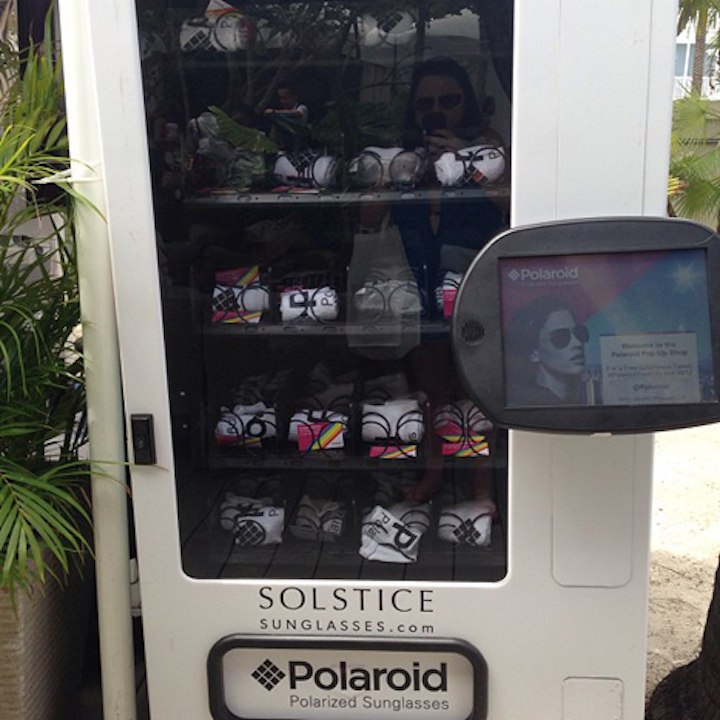 8. Pick a Medium That Gets Them Noticed

Hashtags printed on ordinary signage might get overlooked as guests' eyes glaze over to unremarkable displays. But employ a surprising medium to communicate the message and it's sure to get noticed—and photographed for social media. For example, Sonos used lipstick to playfully jot its event hashtag in an unmissable way.
Photo: Alex Porter/Getty Images

9. Make Them Public—In a Big Way 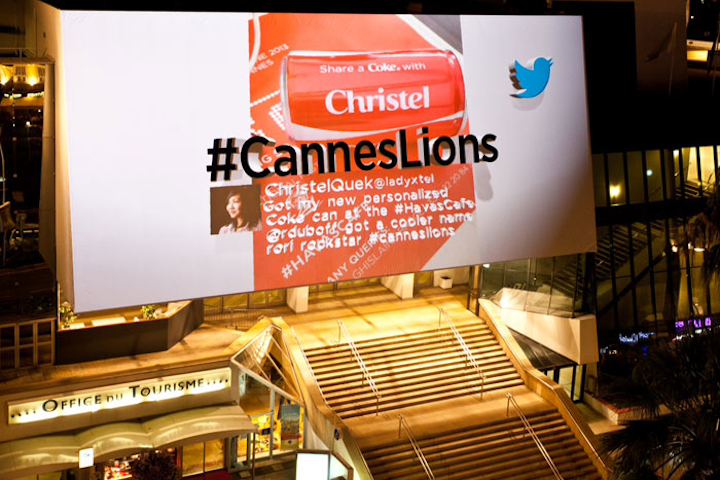 Sure, promoting hashtags within the boundaries of an event can get guests interacting. But put them outside the event's official walls and you're more likely to capture a bigger crowd. At the Cannes Lions International Festival of Creativity, a 3-D projection of tweets using the official event hashtag appeared on a 35- by 65-foot billboard. The digital activation, created by Incredible Machines, ran at night, while during the day the billboard showed a static image of the hashtag printed on canvas. Similarly, AOL placed its hashtag on a giant billboard outside the venue of its upfront event during Advertising Week in New York.
Photo: Courtesy of Twitter 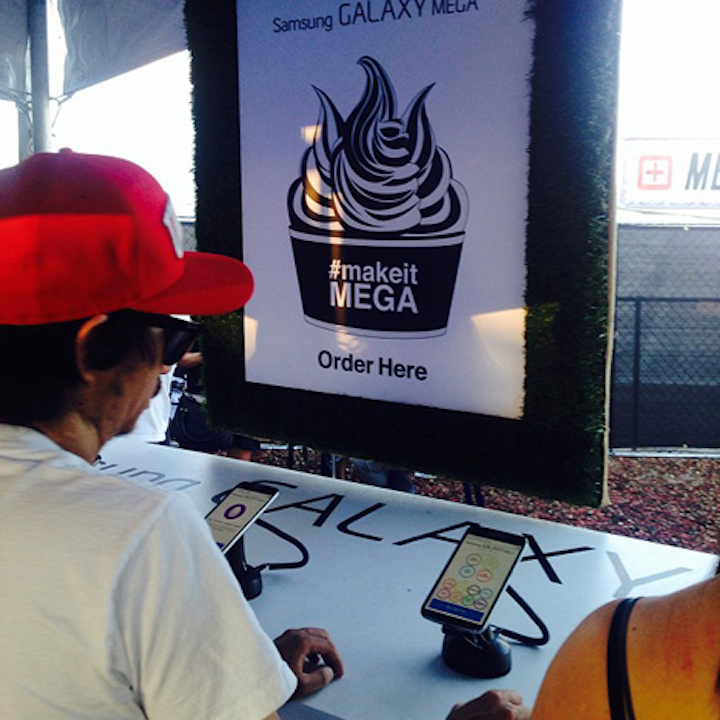 Every guest is likely carrying a smartphone in his or her pocket. But making social sharing as easy for guests as possible can only further encourage the behavior—so try printing hashtags right alongside displays of smartphones or other devices. At Samsung's tent at the Life Is Beautiful festival in Las Vegas, attendees ordered free frozen yogurt and designed T-shirts from devices at stations emblazoned with the activation's hashtag.
Photo: Alesandra Dubin/BizBash 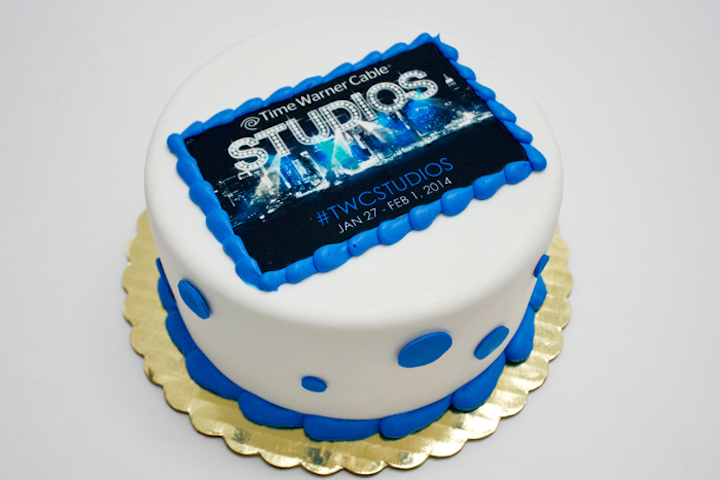 Putting hashtags on food isn't just a tasty idea—it's Instagram bait to boot. An event invitation to the Time Warner Cable Studios pop-up in New York before the Super Bowl came with a hashtag printed right on top of a cake.
Photo: Carolyn Curtis/BizBash 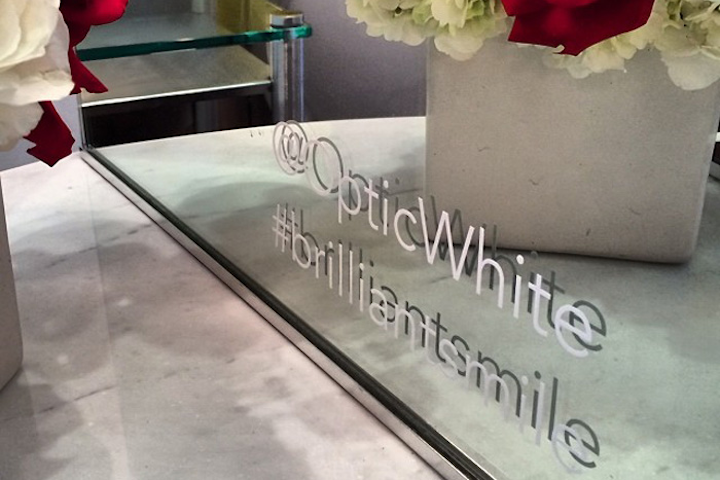 It's no secret that guests want to photograph themselves—and their friends—for their social media profiles. So if you put your message right in their field of view, you'll capture their attention—and social media impressions. At Prive Salon in Los Angeles for the Colgate Optic White beauty bar ahead of the Golden Globes, handles and hashtags decked mirrors.
Photo: Alesandra Dubin/BizBash
More in Strategy