What's the Biggest Last-Minute Change You've Made to an Event? 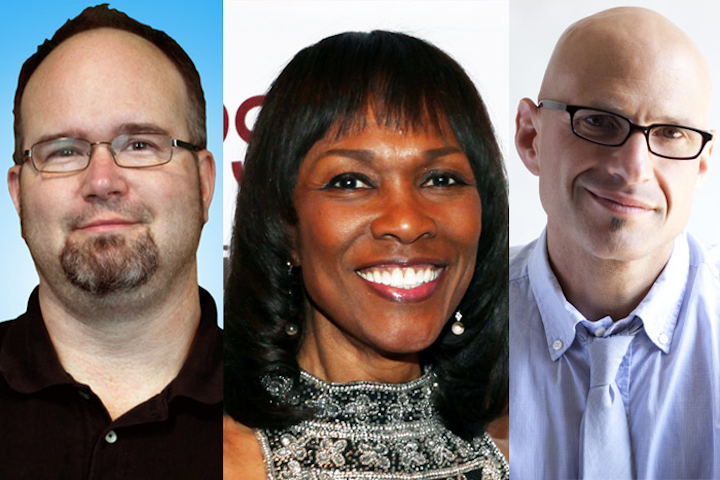 "Three hours before a tornado hit, we found an indoor location to move an entire, grand wedding to. And moved it."
David Stark, president and creative director, David Stark Design and Production, New York

"We produced a product launch for a client in Los Angeles and last minute had the opportunity to add a new and unknown performance artist to the entertainment line up. No one heard of this new artist, as they just came off the Lady Gaga tour. Needless to say, the client needed some persuading, but the client agreed to add them to the event roster. Later that week, the unknown artist was Far East Movement, and their hit song 'Like a G6' hit the airwaves, thus resulting in having the biggest band on the pop charts with the No. 1 smash hit single performing for our client’s event."
Justin Jacobson, president, Platinum Strategic Marketing & Events, Chicago

"I was working on a fashion show and three hours before the event, the designer wanted to change the floor plan. I had to reconstruct the seat plan and reseat 300 guests."
Bonnie Bien, president and owner, La Presse PR, New York

"We were doing the decor and food and beverage services for an opening party/product launch for a client who had rented the space above their store to host the party. When we arrived for set up the morning of the event, the owner of the reception space demanded an additional $5,000 to let us in. Not willing to be held at ransom, we spent the day redirecting our suppliers to the store only, rearranged the floor plan, changed the food station menu to all-passed, and used the caterer's delivery cube van—parked in the road adjacent to the store—as our makeshift kitchen. That client has never booked a venue themselves again."
Catherine Fowler, president, Elements Event Management, Toronto

"We were scheduled to produce a national sales meeting in New Orleans for one of our clients, when Hurricane Katrina stormed in with different plans. I went on the search to find a venue that had the necessary space to host the meeting and found a resort in Puerto Rico to be the answer. We all hopped on a plane shortly after to conduct the site survey and start planning for the new location. The meeting was held in January, immediately after the holidays. We created a completely new theme and visual approach for the meeting to reflect Puerto Rico and designed and reedited all of the animations and videos previously themed for New Orleans."
Chris Bartot, senior producer, Quicksilver Associates, Chicago

"We did a fund-raiser for the non-for-profit Sentebale in June of 2010 that Prince Harry attended. My client was supposed to have the event at his private home in Greenwich, [Connecticut], which at the time was being renovated. I had Prince Harry's security team at my client's house for a meet and greet and, most importantly, for a security walkthrough. When I arrived 20 minutes before the meeting, I was told that the renovations would not be completed and that we would have to cancel the event. Prince Harry's security team had to approve any location in order for the event to happen and were headed on a plane back to England the next day. I had less than 24 hours to find a new venue that met my client's budget and Prince Harry's security requirements. I was able to call in a favor and secure a space at the Greenwich Country Club but then needed to find a member of the country club to sponsor the event. Within five minutes of my client making phone calls we had a sponsor. ... With some major negotiations, we were able to make everyone happy and host an amazing event."
Emily Chalk, senior managing partner, East of Ellie, Stamford, Conn.

"I was the operations lead at a massive municipal Canada Day festival in 2005. Five minutes before our scheduled finale, we needed to move our fireworks show time back 40 minutes, as a result of a nearby resident operating a backhoe on their own property, which was adjacent to the area in which the fireworks were staged. They gouged a football-size hole in a gas main and flooded the natural bowl the fireworks setup was in with natural gas. Fortunately, our headliner, Colin James, was a true showman and keep the crowd rocking right up until the fire inspector gave us a thumbs up to shoot the show. It was really one for the books."
Jason Harmer, sales and development manager, GetWorkers, Vancouver

"A number of years ago when SARS was at its peak and we were still trying to understand what it was, we were in full gala mode with only 48 hours to go. Five hundred guests at a large downtown hotel, with a Moulin Rouge theme, 50 volunteers. Being a medical institution, we made the proactive decision to cancel the event as the community was too afraid to come near medical people. We were able to contact all suppliers—the six-foot ice Eiffel Tower went back into the freezer, the venue forgave the decision, no extra costs incurred. We remounted the event two months later and back out came the ice Eiffel Tower."
Maureen Dowhaniuk, manager special events, Rouge Valley Health System, Toronto