Why Companies Should Throw Holiday Parties in January

Instead of competing for peak December dates, planners can consider kicking off the new year with a bash. 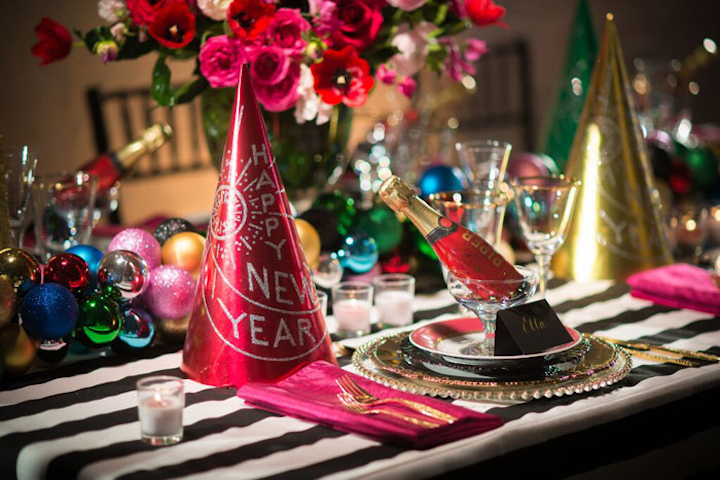 During the holiday season, many employees, clients, and business partners suffer from party hangovers. Not necessarily from too much partying, but simply from too many parties.

Faced with family and friend obligations and jam-packed schedules at the end of the year, guests might begin to view a company holiday party more as a chore than a good time. "By the third week in December, most people are both partied out and shopped out. December holiday parties abound and so people are forced to choose or merely pop in and out of events," explains Linda Abbey, vice president and director of sales for New York-based caterer Great Performances.

So instead of squeezing in a traditional year-end bash, planners might want to look ahead. "By the time January hits, people have gotten some rest, life has quieted down, and folks are eager to gather over some good food and drink," Abbey adds. "January is a welcome time to host a holiday party."

In addition to increased attendance, companies and event planners might have bigger budgets to work with in the new year, plus off-peak pricing can help save money. "In some cities, the venues are considered 'off-season' and rates may be reduced, allowing you to save money on the venue fee. Some vendors like caterers, rental companies, and lighting vendors may also be willing to offer slightly reduced rates or additional incentives for off-season bookings," explains Anna Marie Rembold, president of Anna Marie Events in San Francisco.

To cut costs even further, Abbey suggests hosting a two-hour party instead of a three- or four-hour affair, with wines instead of a full open bar and an array of hors d’oeuvres instead of a buffet spread.

Also, for January parties, the halls may need to be decked a little differently. Evoke the minimalist nature of the season, Rembold suggests, with a winter wonderland theme featuring white and silver, branches, furs, ice, and candles. And since the usual festive holiday decor has been packed away, it's a good time to try out an unexpected theme like a circus or carnival.

But this type of gathering might not be the best option for companies with even busier calendars in the new year. "Many businesses kick off in full swing in January with sales meetings, conferences, and a general rush to meet first quarter goals and deadlines, so a big bash may seem distracting," Rembold says. "It’s important to really understand the business cycle of your client to know if a January party is right for them."