As condominiums continue to go up all over Florida, developers are upping the ante to attract buyers. With a minimum of two years before any owners will even see their units, buyers are throwing their money at developers based on a rendering, the location, and a good party. And for that reason, sales openings are becoming grander and sexier with every new project.

The outdoor area was converted into a sophisticated playground. Community leaders, politicians, local celebrities, and socialites lounged in a special area, made up entirely of white leather furniture. A second lounge area was also done in white—using benches and cubes. Acrylic hi-top tables were covered with white spandex, and the entire area was washed in golden amber light, for a soothing and surreal effect.

There was plenty of entertainment to keep guests amused. Sexy flight attendants, wild warriors, galactic girls, and ladies wearing Art Deco lamp costumes were housed on four separate stages. An aerialist swung from an overhead beam structure set up for the event, and for the first hour of the event, Taiko drummers beat their drums. Throughout the evening, DJ Samantha Ronson kept the music flowing. The entire space was surrounded by 25-foot-tall projection screens, with references and images depicting the project, but what made this event unique was an installation by artist Jenny Holzer, which was set on the Freedom Tower, a well-known building visible from Biscayne Bay, for all to enjoy. 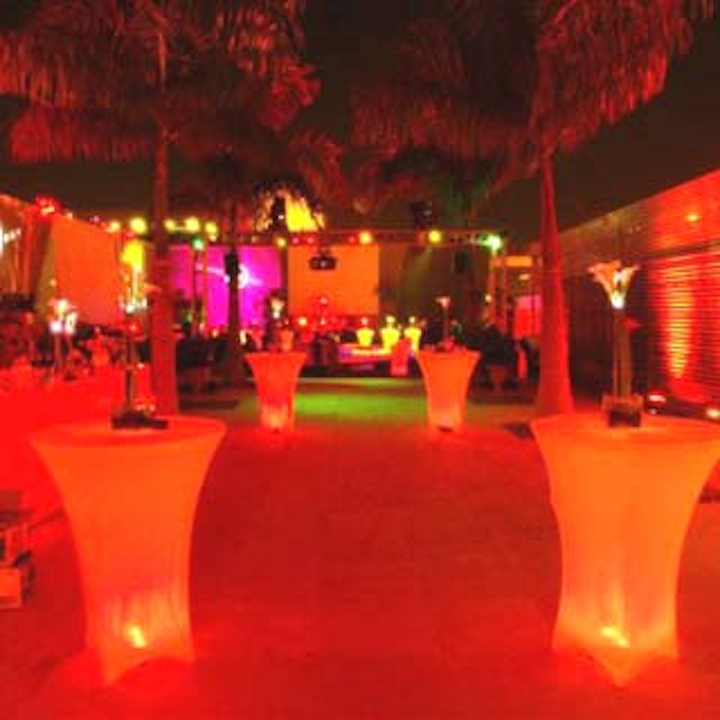 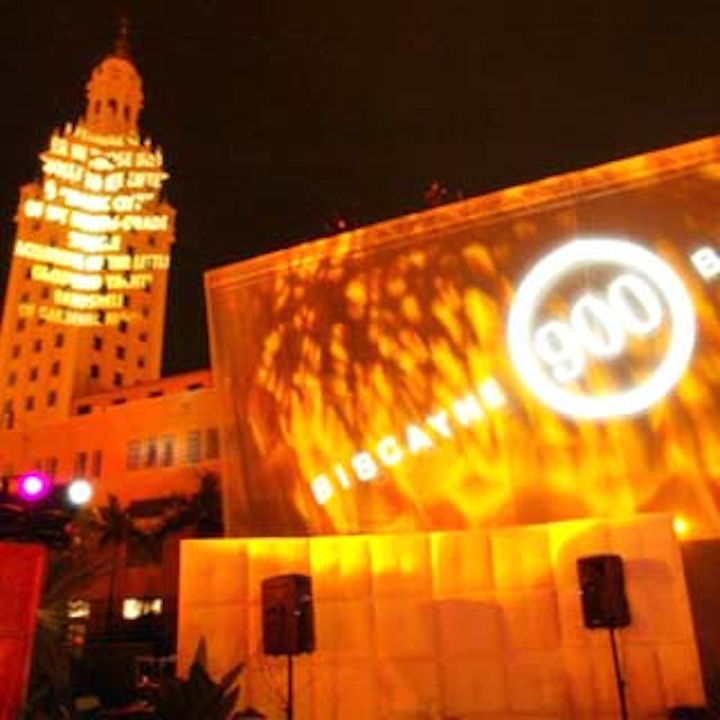 The 900 Biscayne Bay logo was projected on screens and neighboring buildings, while Jenny Holzer's words were projected onto the Freedom Tower. 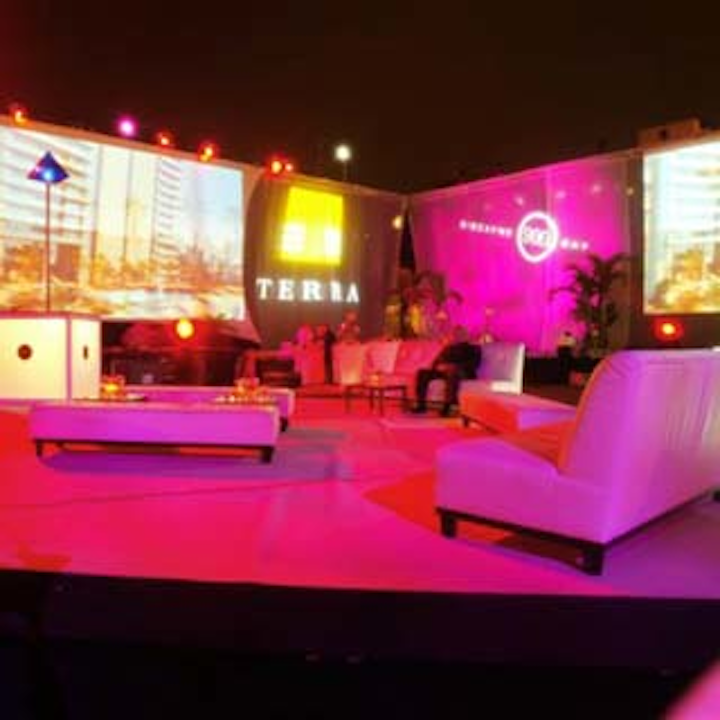 Images of and references to the project were projected onto screens surrounding the outdoor event space. 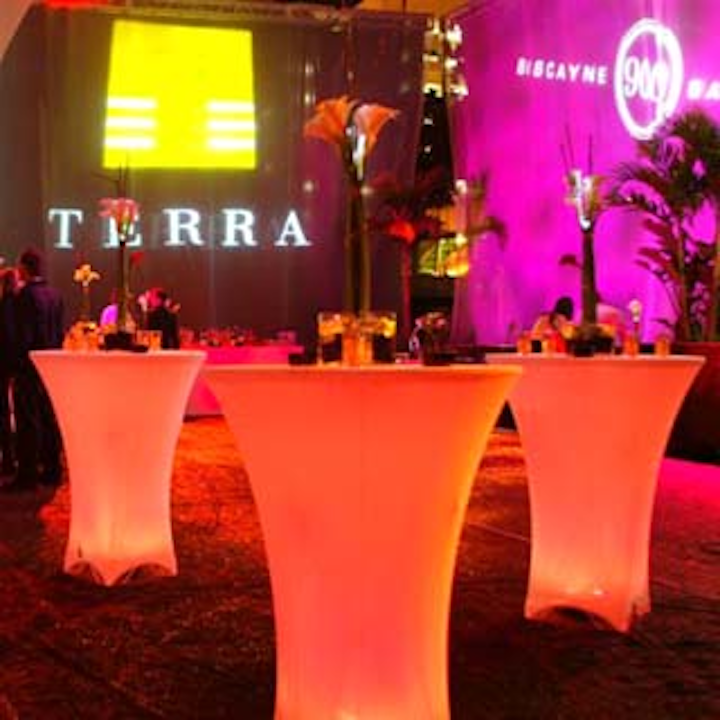 Tables covered in spandex and lit from within helped to create a sexy lounge atmosphere at the sales center grand opening party for 900 Biscayne Bay.
More in Event Design