Over the weekend, The Karate Kid won a box office battle against fellow '80s revival The A-Team. But before the theater doors swung open to the public, the Jaden Smith and Jackie Chan picture debuted with a big-scale Westwood premiere that drew upon an array of Chinese influences for its snaking red carpet and production-heavy after-party. (The remake brings the action to China, instead of Japan.) Columbia Tristar Marketing Group senior vice president of special events Alison Bossert oversaw the event, along with Mary Powell, Dori Golod, and Sasha Pace. Bossert's team tapped 15/40 Productions for the production.

The evening began on a 210-foot arrivals line on Broxton Avenue, which took inspiration from the Great Wall of China, as well as from Chinese rooftops and urban landscapes. About 1,900 guests then moved into simultaneous screenings at Broxton's two theaters, now operated by Regal instead of Mann, for screenings of the movie that began earlier than is typical for premieres. "We knew that since the movie is a little over two hours and it was a school night that we would shoot for a 6:30 p.m. start time," Bossert said of the effort to accommodate so many kids in attendance for the family-friendly film.

After the movie, about 1,400 guests walked a few paces north to the party, which transformed a parking lot into a colorful event space filled with paper lanterns, foliage, and a giant cutout of Smith's character, as seen in the movie's marketing imagery. Among the standout decor elements were a wall of bird-shaped lanterns, which evoked the festival at which the two young leads in the film share their first kiss. Farthest from the entrance were a V.I.P. area for guests like the Smith and Chan camps, plus an arcade for kids, and a photo op.

As to the scale of this premiere against the studio's other releases this season? "Ask me again at the end of the summer, when I can see what we did for all of them," Bossert said. 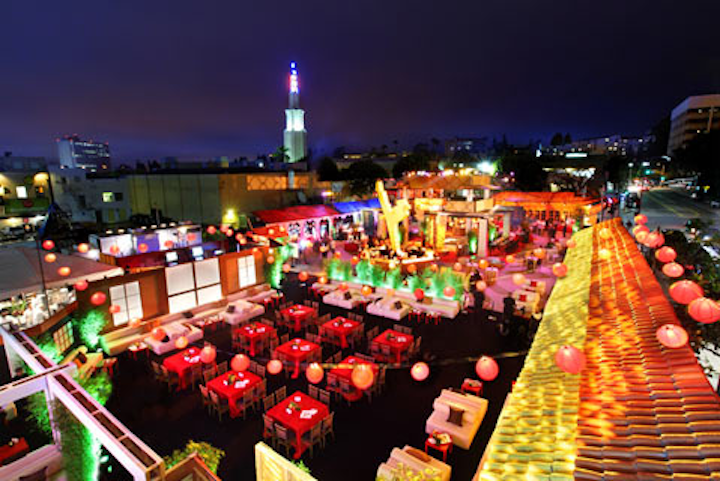 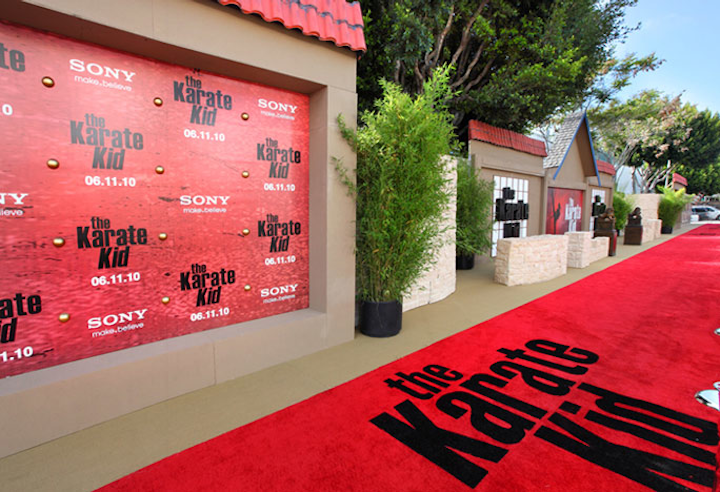 A 210-foot-long arrivals line for The Karate Kid premiere took inspiration from the Great Wall of China.
Photo: Line 8 Photography 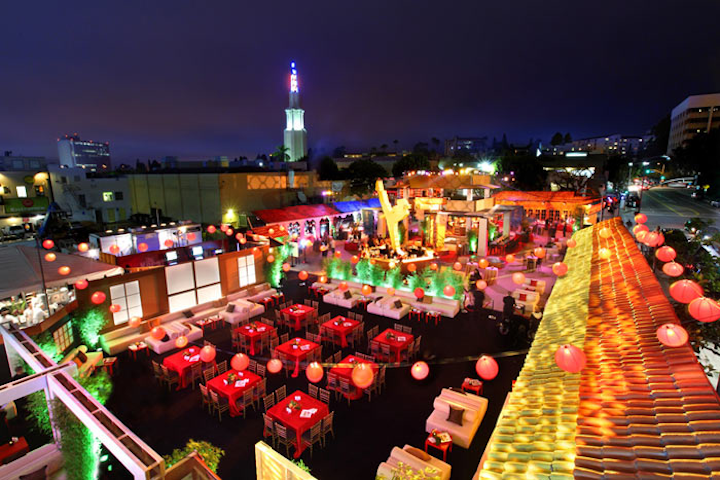 The premiere party for The Karate Kid took over a parking lot in Westwood.
Photo: Line 8 Photography 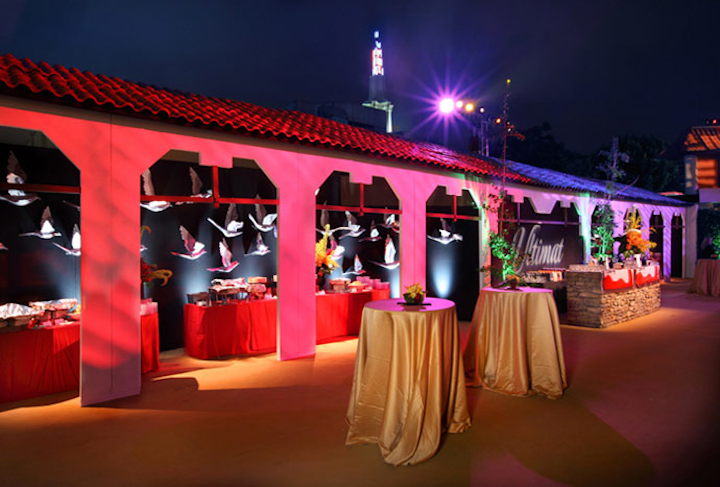 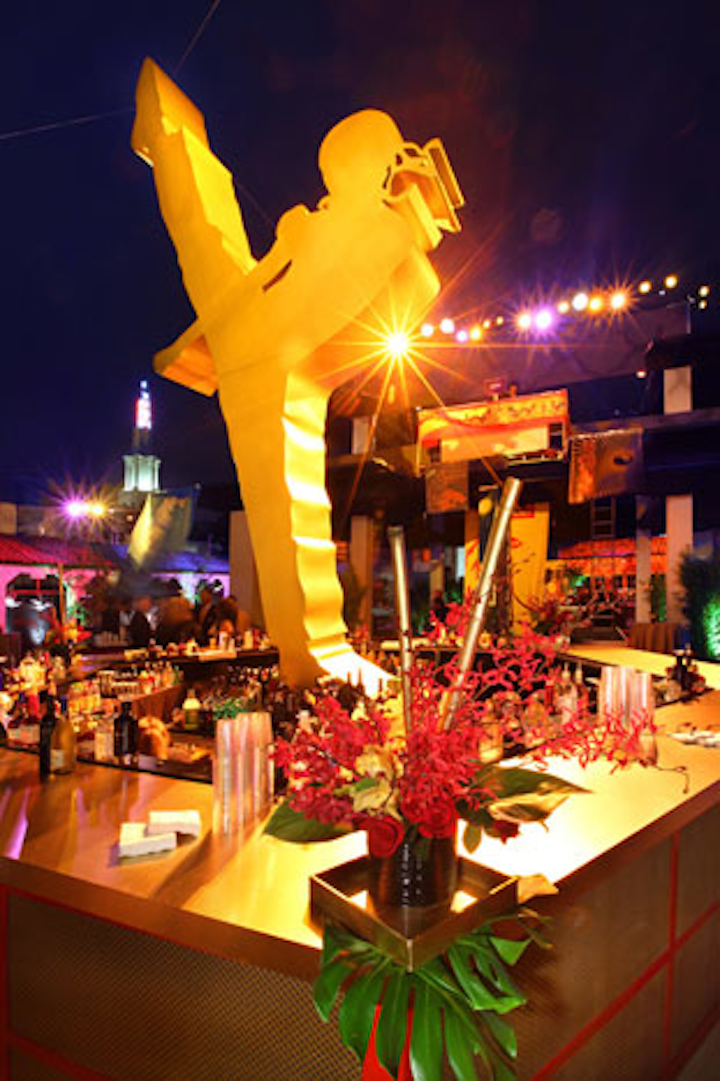 A giant cutout of Jaden Smith's character served as a centerpiece in the party space.
Photo: Line 8 Photography 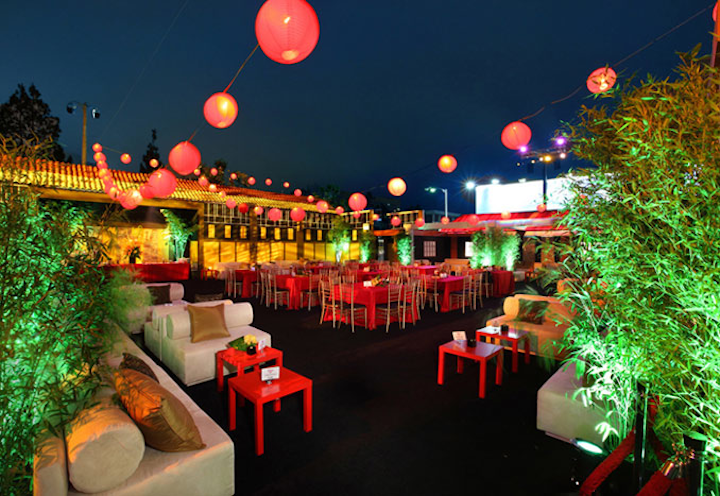 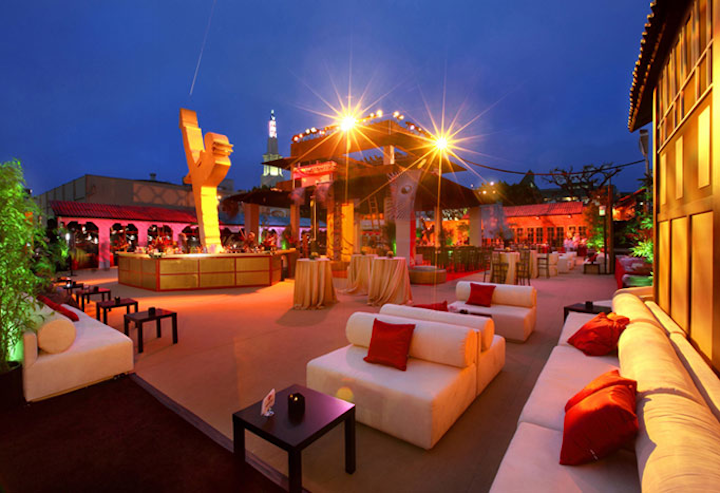 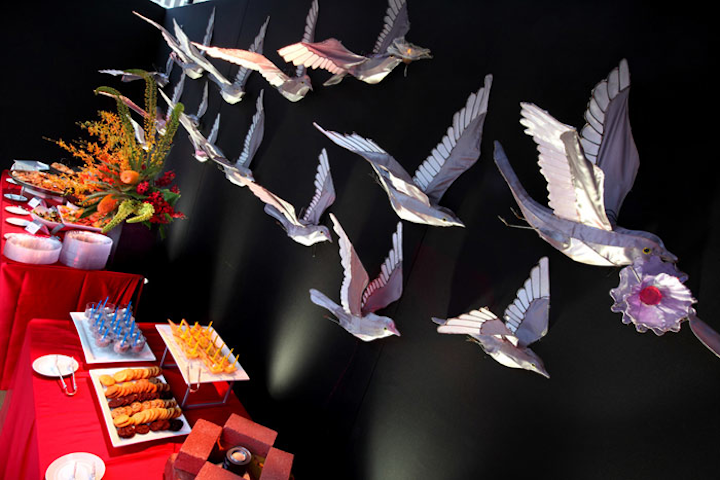 A wall of bird-shaped lanterns at the party borrowed from a first-kiss scene in the movie.
Photo: Line 8 Photography 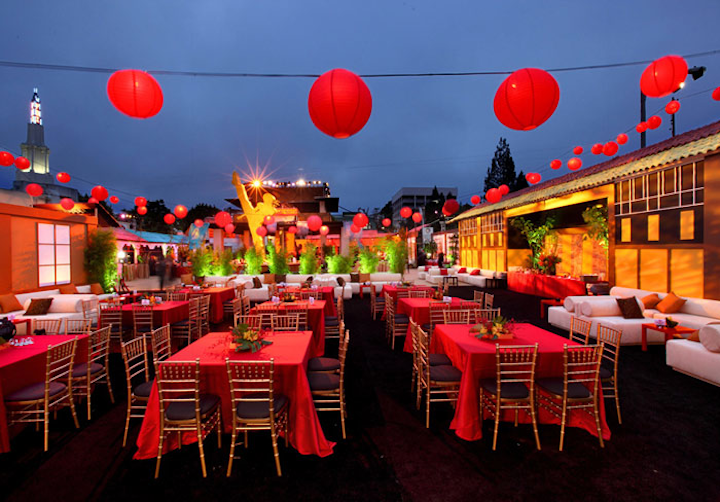 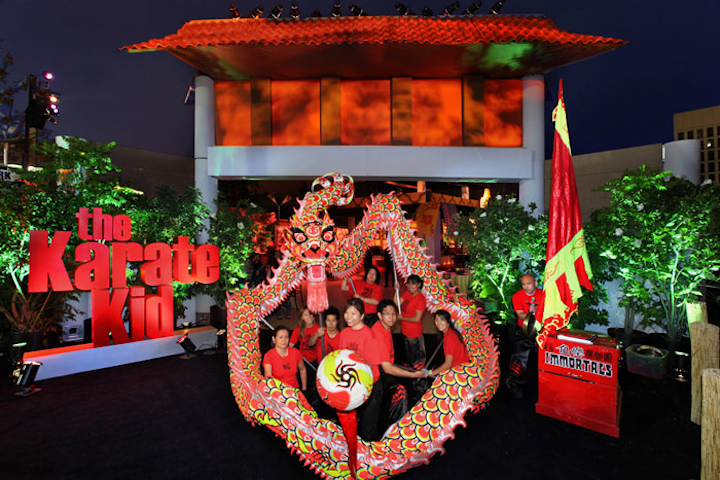 A troupe performed a dragon dance for guests at the party.
Photo: Line 8 Photography 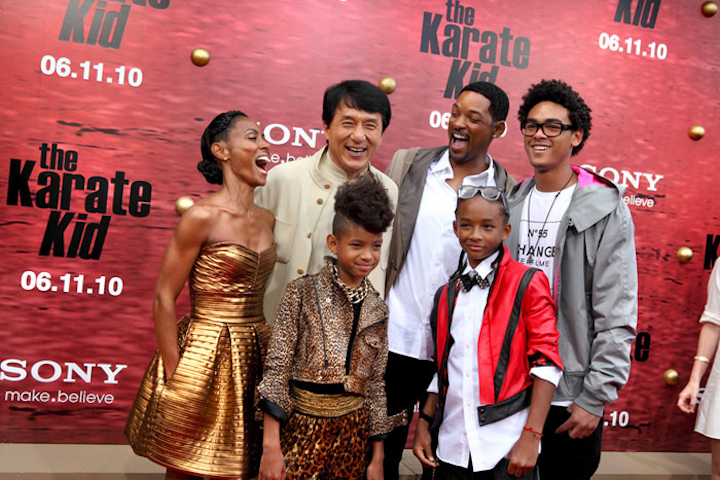