How Planners Found a Cohesive Look for the 'Furious 7' Premiere

Furious 7 was filmed in nearly 20 locales, and producers of its premiere party were tasked with finding a unified event theme.

Universal Pictures celebrated the release of its action flick Furious 7 with a world premiere event on April 1 in Los Angeles. The evening began with a screening of the movie at the TCL Chinese Theatre. Some 1,500 guests were invited to the screening, and additional fans gathered outside the theater to watch the film's stars walk a red-carpet entrance decked with race cars and body-painted dancers. After the movie, guests adjourned to a thematic after-party produced by Angel City Designs at the Hollywood Roosevelt Hotel.

Furious 7, the newest installment of the Fast and Furious franchise, was filmed in nearly 20 locations including spots in Colorado, Abu Dhabi, and Tokyo.  "With this type of action movie that is set in varying locales, it can be challenging to figure out the best way to showcase the movie, its setting, and storyline—and still keep a cohesive party look" for the after-party, said Diane Mann, general manager of Angel City Designs. "Also, because of the guest count, different areas in the hotel needed to be used for the after-party, and we wanted the party to feel connected even though it was spread out."

To tackle those challenges, the production team gave the event a unified looking by filling each space with similar furniture rentals and colors; they then added different touches to each space to bring in some variety. "We always try to highlight a specific aspect of the film," said Mann of her team's work on various film premieres. "We have found that paying homage to the film [in general], rather than trying to execute a literal interpretation from a scene, really helps to focus the party and produces beautiful aesthetic results."

There was one final challenge throughout the event: "Because the hotel was open during the set up, event, and strike, we were extremely cognizant of hotel guests and their needs to make this a satisfactory experience for everyone," Mann said. 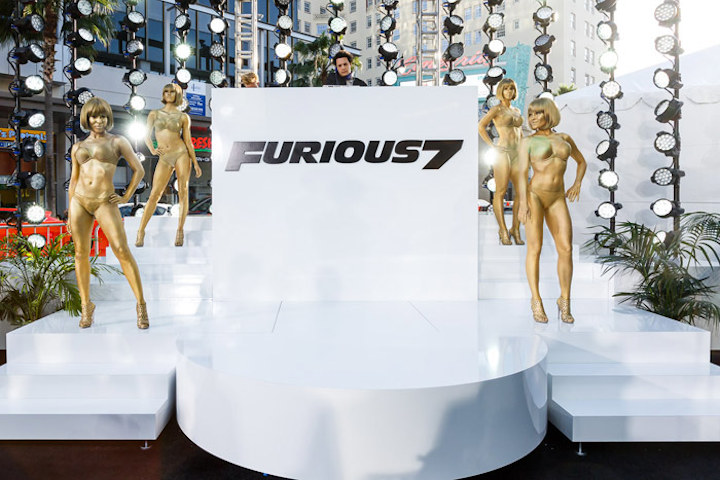 At the red-carpet entrance to the screening, dancers in gold body paint flanked a sleek white DJ booth. The dancers were inspired by a scene in the film in which characters attend a luxurious party in Abu Dhabi.
Photo: Sean Twomey/2me Studios 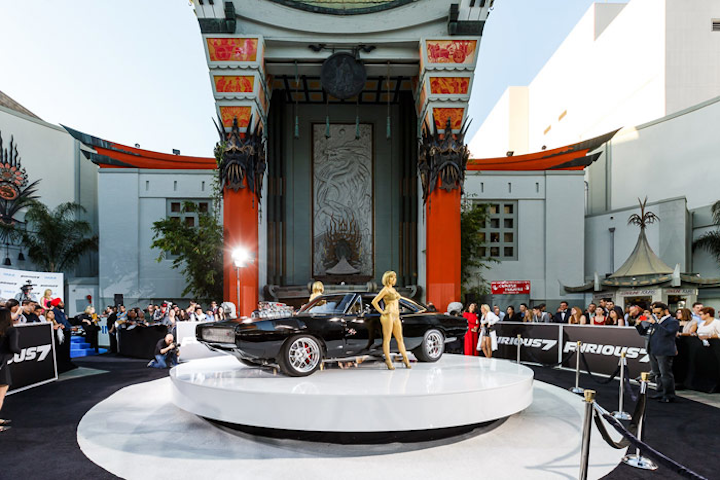 Universal set up display cars outside the TCL Chinese Theatre. The cars had been used in films from the Fast and Furious franchise.
Photo: Sean Twomey/2me Studios 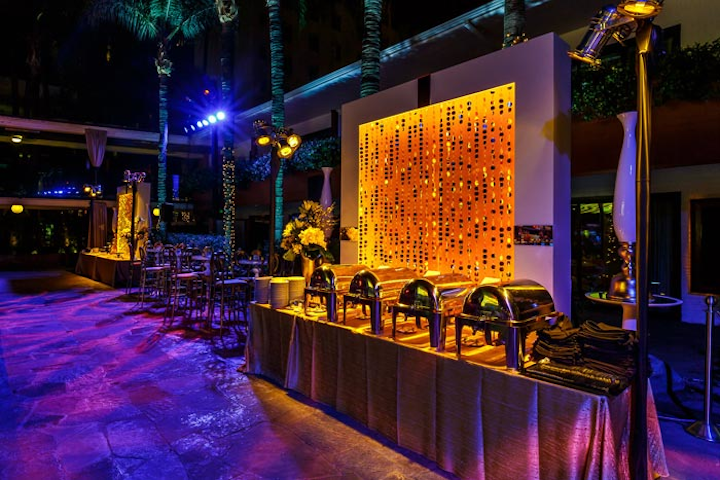 The after-party took place at the Hollywood Roosevelt Hotel, where buffet stations were set up in front of a glowing gold backdrop.
Photo: Sean Twomey/2me Studios 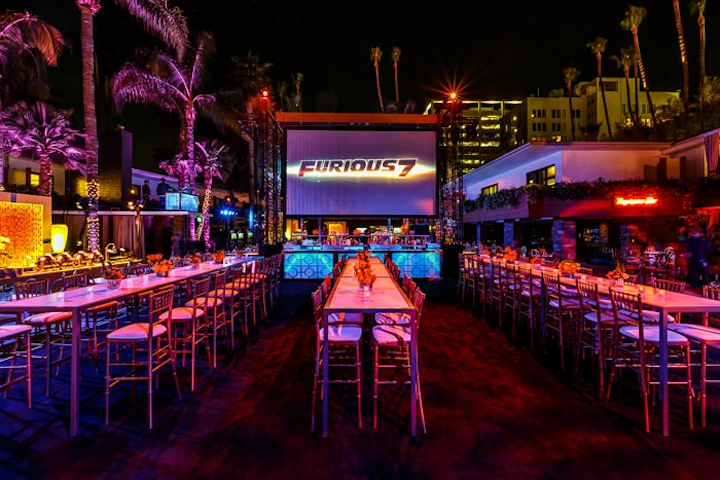 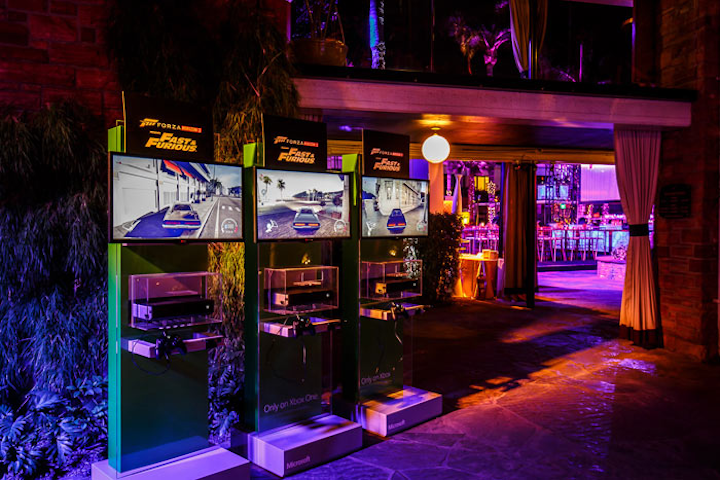