The Luminato Festival's opening party combined two distinctly different themes over the course of one evening.

On June 18, the opening party for Toronto's 10-day Luminato Festival took place at Hearn Generating Station. The decommissioned electrical plant served as a fitting backdrop for the event's theme, which explored the juxtaposition of nature and industry. Initially, organizers had planned to devote separate areas to different themes, with one space mimicking a South American forest, another channeling a North American forest, and a third space for the after-party with a post-apocalyptic look.

But, when rainy conditions forced the entire event to take place indoors and under one roof, "the concept was more dual, [reflecting] the idea of nature taking over industry and industry taking over and destroying nature," said Jorn Weisbrodt, artistic director of the Luminato Festival and the evening's host.

The cocktail hour and the after-party ultimately took place in the same space, and organizers used music and decor to transition the vibe. At the start of the night, natural sounds including a recording of crickets played; later in the evening, the soundtrack shifted to electronic rhythms. Here's a look inside the dual-theme event, which had design and decor from Jeffry Roick of McNabb Roick Events. 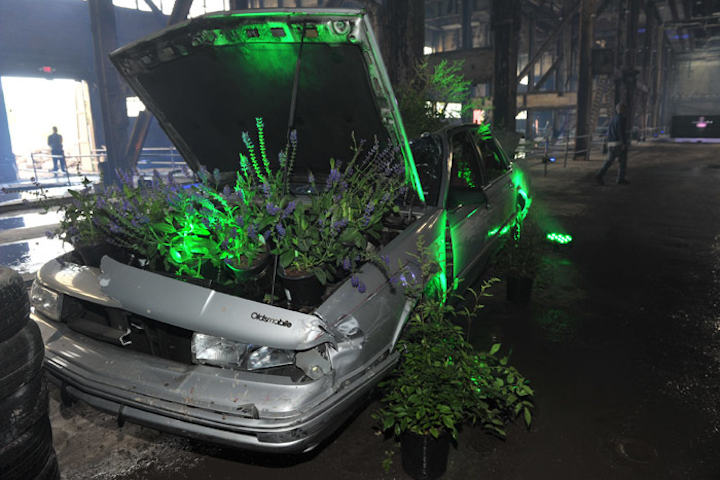 Later in the evening, spotlights lit up to reveal burnt-out cars and trucks with plants spilling out of them.
Photo: George Pimentel Photography 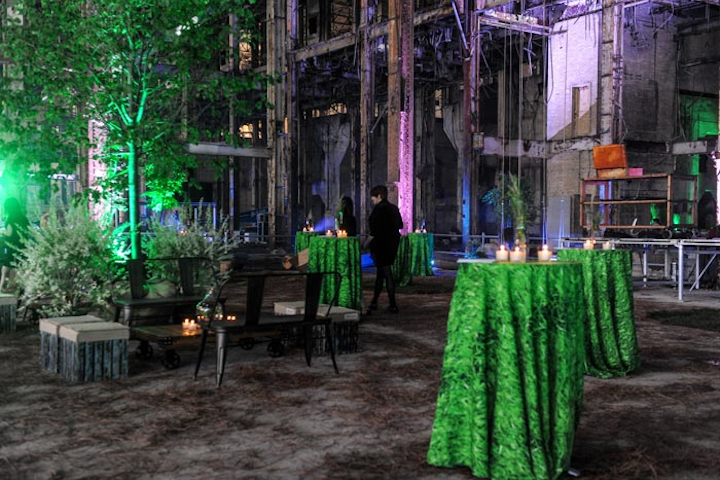 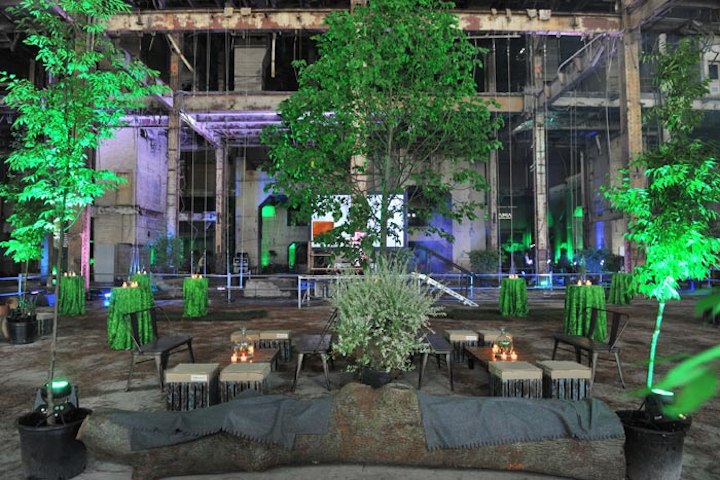 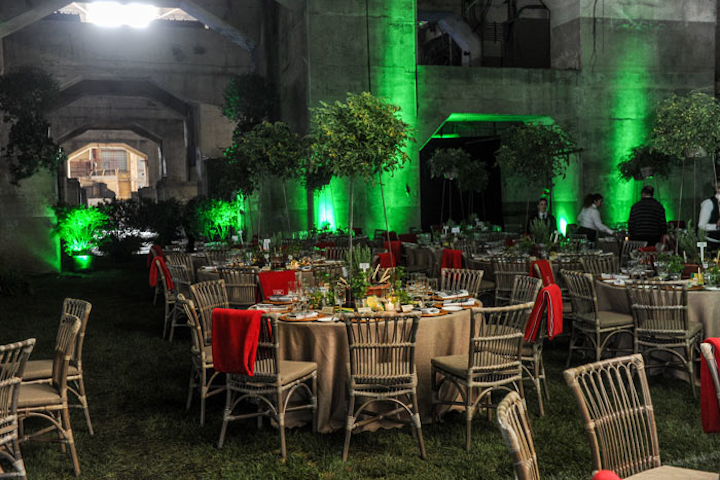 The dining room was carpeted with sod, and organizers wanted the smell of living plants to fill the air.
Photo: George Pimentel Photography 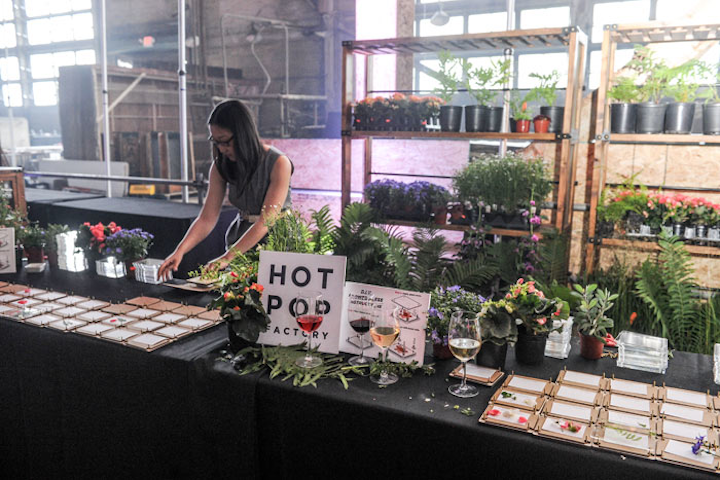 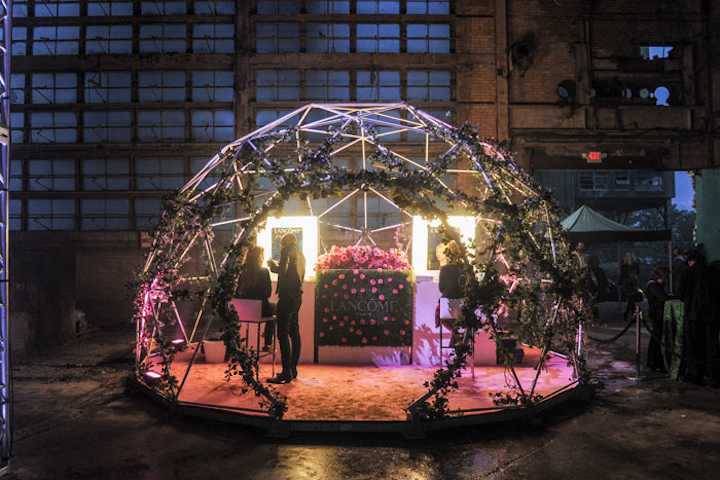