How This Benefit Made Going to School Cool

Housed in a former public school building in the Long Island City neighborhood in Queens, the contemporary art institution hosted a Friday-night fund-raiser on September 23, which was conceived by performance artist Ryan McNamara. More than 30 performances, lectures, installations, and other activations, along with more than 65 performers playing the part of typical high school characters, populated the three-story building.

While the museum’s annual black-tie spring gala takes place at its location in midtown Manhattan, Molly Kurzius, MoMA PS1’s director of communications, said that PS1 staff wanted to hold a benefit at home and invite constituents such as board members, artists, and general visitors. The evening’s dress code was casual, asking guests to “come as you were” in high school, and Kurzius added that the event's $125 ticket price was intended to make it more accessible to the public.

McNamara was enlisted to fill the museum’s empty galleries, creating “a massive, immersive performance artwork for one night only,” Kurzius said. Guests roamed the halls and explored the participatory performance areas, as well as noshed on nostalgic cafeteria snacks such as peanut butter and jelly sandwiches and corn dogs. A designated "teacher’s lounge" with a pour-over coffee bar and doughnuts, plus a steamy locker room scene, completed the schoolhouse vibe.

Attendees were also able to pose for class photos and share their high school “awards” on social media, thanks to a yearbook-style photo booth by the Bosco with quirky superlative plaques like “Most Likely to Have a Reality Show." The night culminated with a dance party in the gymnasium. 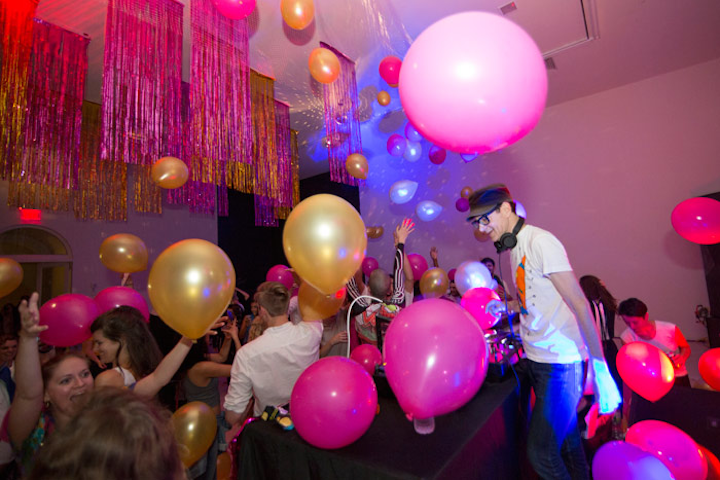 DJ Justin Strauss closed out the night with a dance party held in the gymnasium.
Photo: Sara Wass 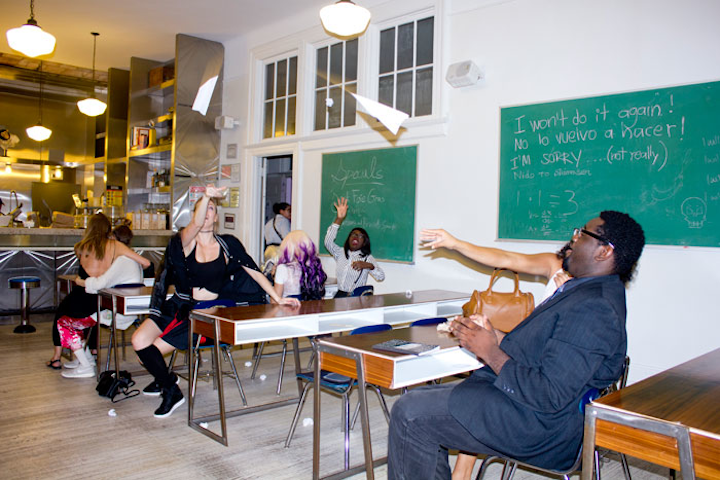 Guests were instructed to “come as you were” in high school.
Photo: Cornelia Stiles/BizBash 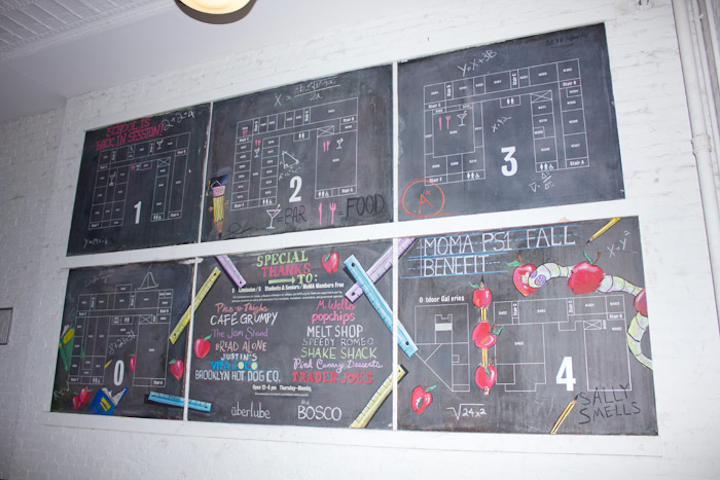 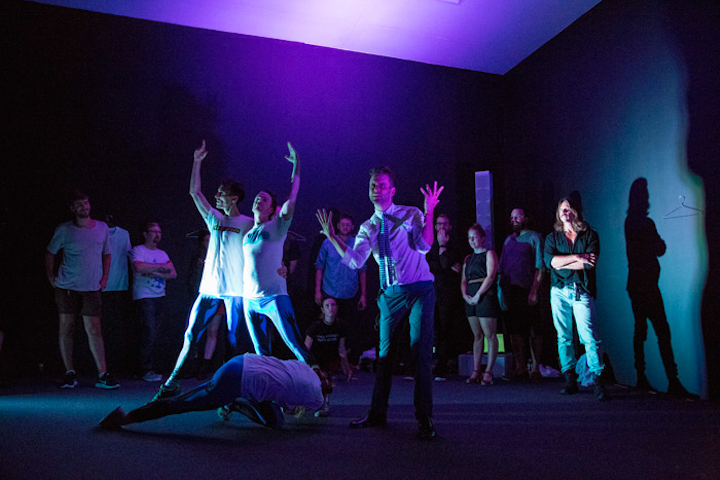 Performance artist Ryan McNamara taught an economics class that explained the 2008 crisis through participatory choreography. Several projects were presented as lessons or lectures, including a relationship workshop led by Morgan Bassichis, a lecture on performance by Claire Bishop, and an art class with critiques by Jacolby Satterwhite.
Photo: Sara Wass 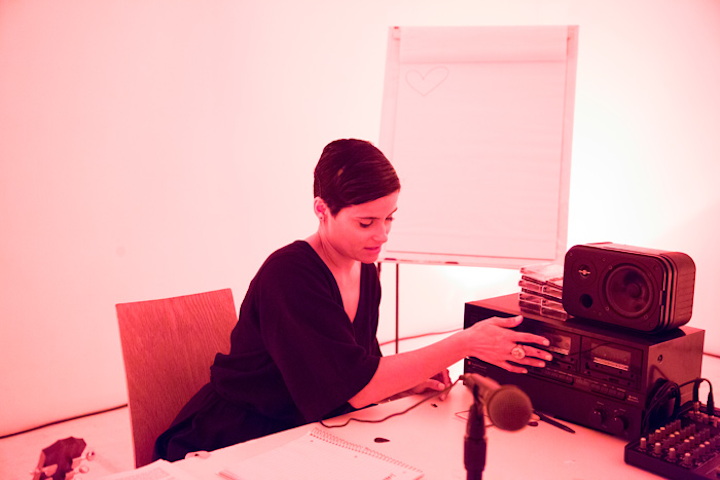 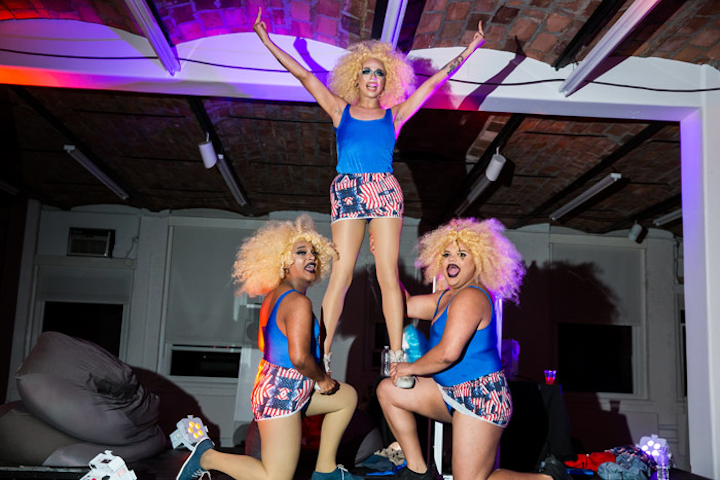 Drag cheerleaders rehearsed and performed songs by the USA Freedom Kids, a girl group best known for performing at a Donald Trump rally—and then suing after the presidential nominee's campaign failed to pay them.
Photo: Will Ragozzino 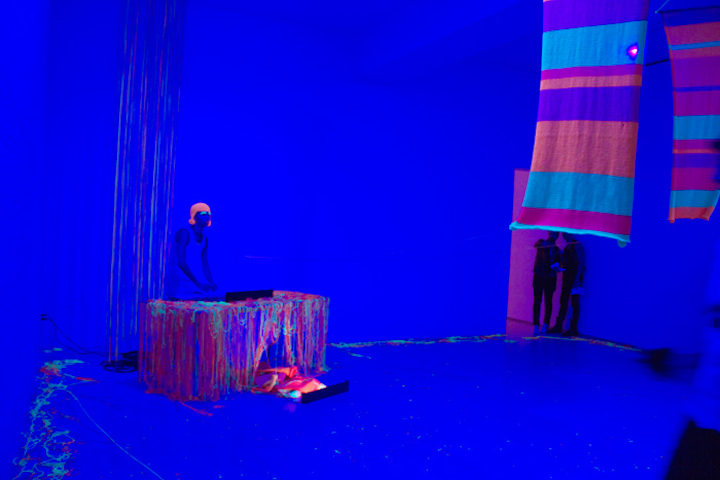 A glow-in-the-dark home economics demonstration was one of the more than 30 installations at the benefit.
Photo: Cornelia Stiles/BizBash 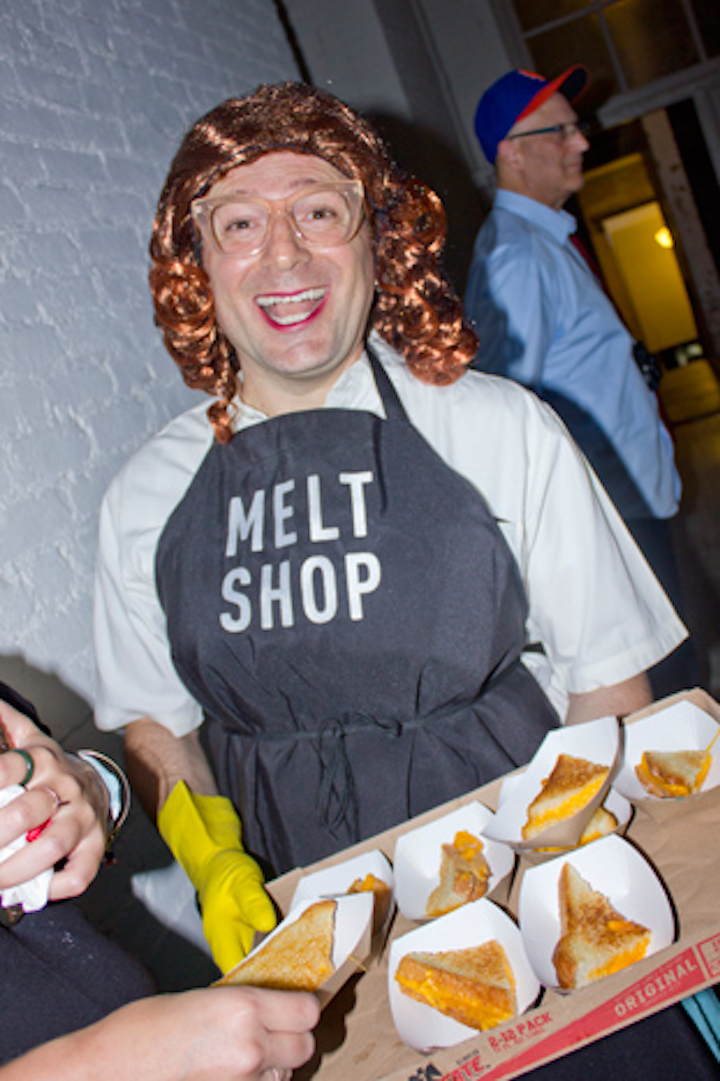 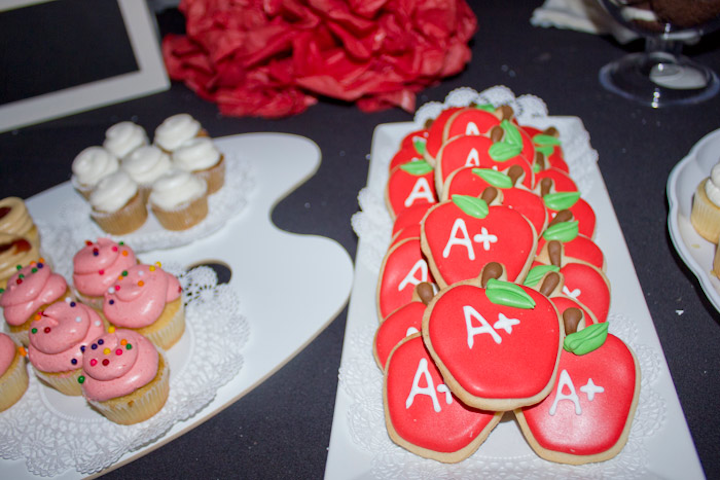 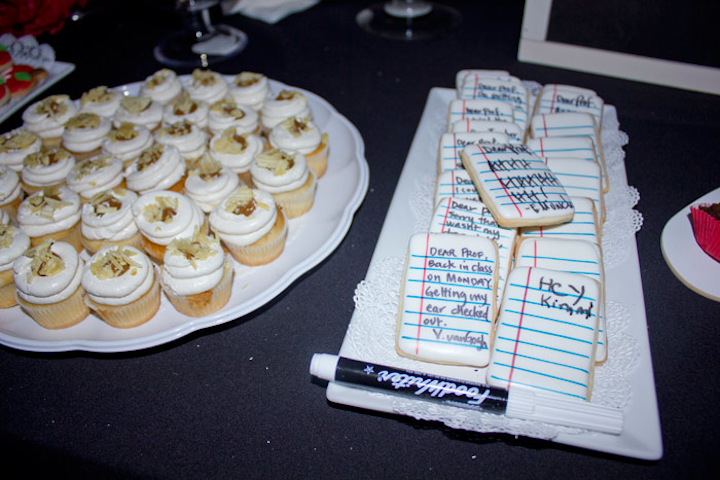