6 Apps That Send Invitations Right From Your Phone

Mobile devices are increasingly becoming the tool of choice for online communications and content consumption, according to Gartner. The research and advisory company predicts that by 2018, more than 50 percent of users will use a tablet or smartphone instead of a desktop for their online activities. That trend is driving new options to create, send, and manage digital invitations for parties, meetings, and other functions entirely through mobile apps. Here are six apps to consider.
View Slide Show 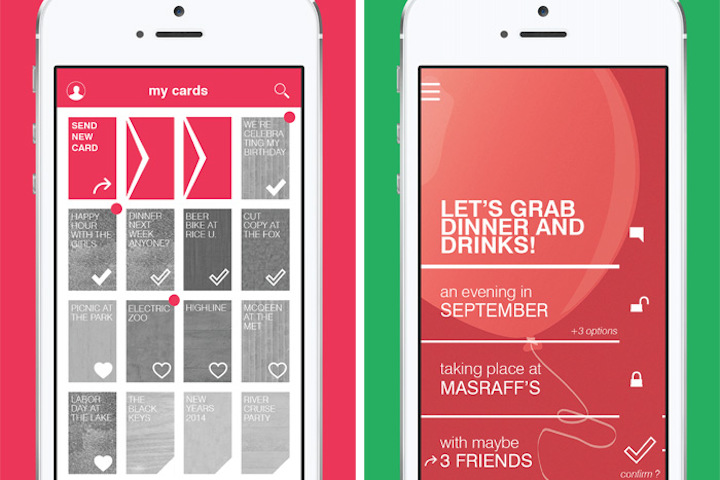 Fête launched its free iOS and Android apps in September. The foundation of the app is what it calls “invitation cards.” Hosts create the card, which can include event details like time and location, or it can be used to initiate a group chat to decide where and when to hold the event. The card can be sent to anyone in the host’s contact list. Guests don’t need to have the app to participate in the chat or respond to an invitation; instead they can do it via text. 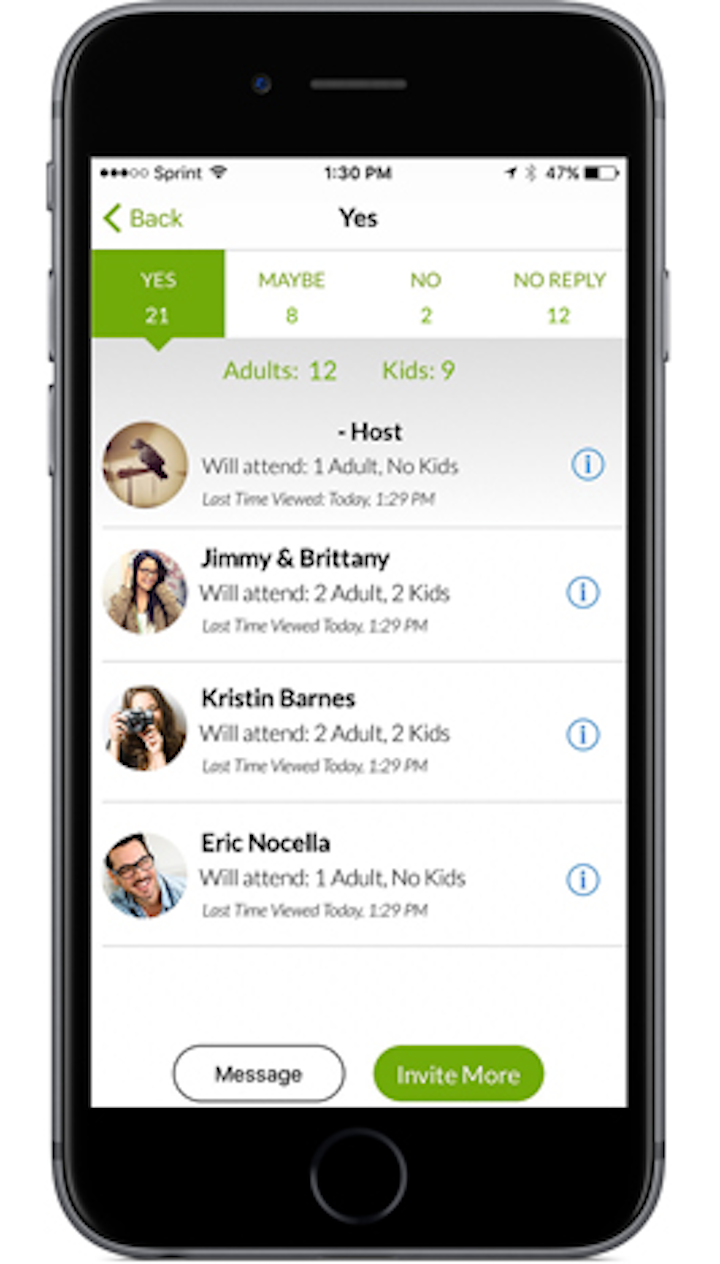 In December, Evite launched a comprehensive update to its iOS app. Event organizers can use the free app to choose from thousands of invitations organized by category and keyword. Hosts customize time, title, location, and host information and can also personalize invitations with photos from their camera roll. They can create the guest list from their phone’s contacts or their Evite address book. The dashboard offers real-time notifications of R.S.V.P.s, the ability to message guests about any changes, and the option to track adults and kids separately. Guests receive the invitation via email and can respond, comment to the group, or ask the host a question. Attendees can also share photos to the event’s activity feed. Evite’s Android app is expected later this year.

Hobnob is an iOS app that launched in March 2015. The app asks hosts to confirm their mobile number, but it does not require them to create an account or provide an email address. Hosts add the details of their event, including name, location, date, and time, and then select an invite template or upload their own design. After selecting recipients from their phone’s address book, the invitation is sent to those people as a text message with a photo of the invitation (it can also be shared via email and social media). Guests don’t need the app to R.S.V.P.; they simply reply “yes” or “no” to the message. Clicking the link in the text takes guests to the event’s Web page, which includes driving directions and a calendar integration option. Plus, hosts can use the app to chat with guests and manage ­photos. An Android version is expected soon. 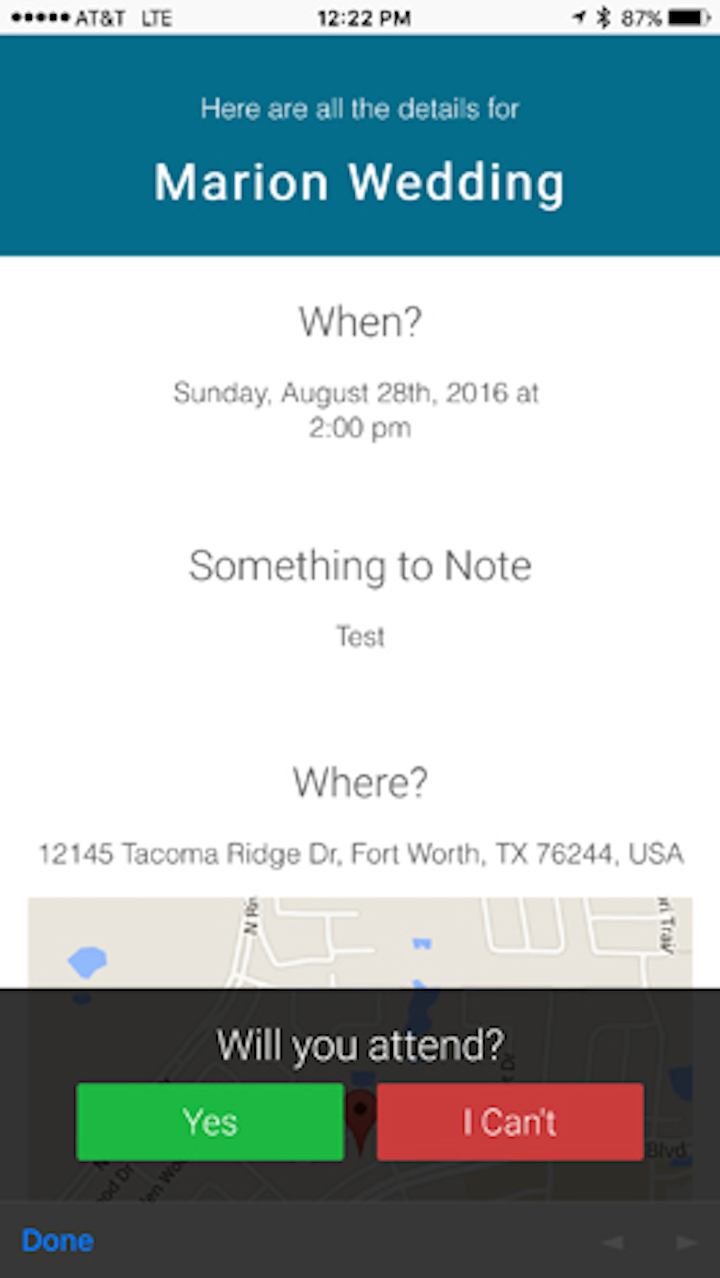 Steve Carlton launched Invitd in July 2014 after testing text-message invitations for his daughter’s birthday party. The rate of R.S.V.P.s was so much better than any other method he had used, such as email and Facebook, that he decided others might see value in a text-message-based invitation system. The free Invitd app, available for iOS and Android, has now been used to send nearly one million invitations. Hosts create a custom invitation by entering the name, location, and time of their event and selecting contacts from their address book to receive it. Recipients get a text message addressed to them by name with a link to the event details and R.S.V.P. options; they don’t need to have the app installed to view the invitation. In addition to responding “yes” or “no,” recipients can indicate how many people will attend, and they can add a reminder to their calendar. While the app can handle an unlimited number of invitees, Carlton says he will soon release an update that will add an easier interface for planners who want to use it for large meetings and events. 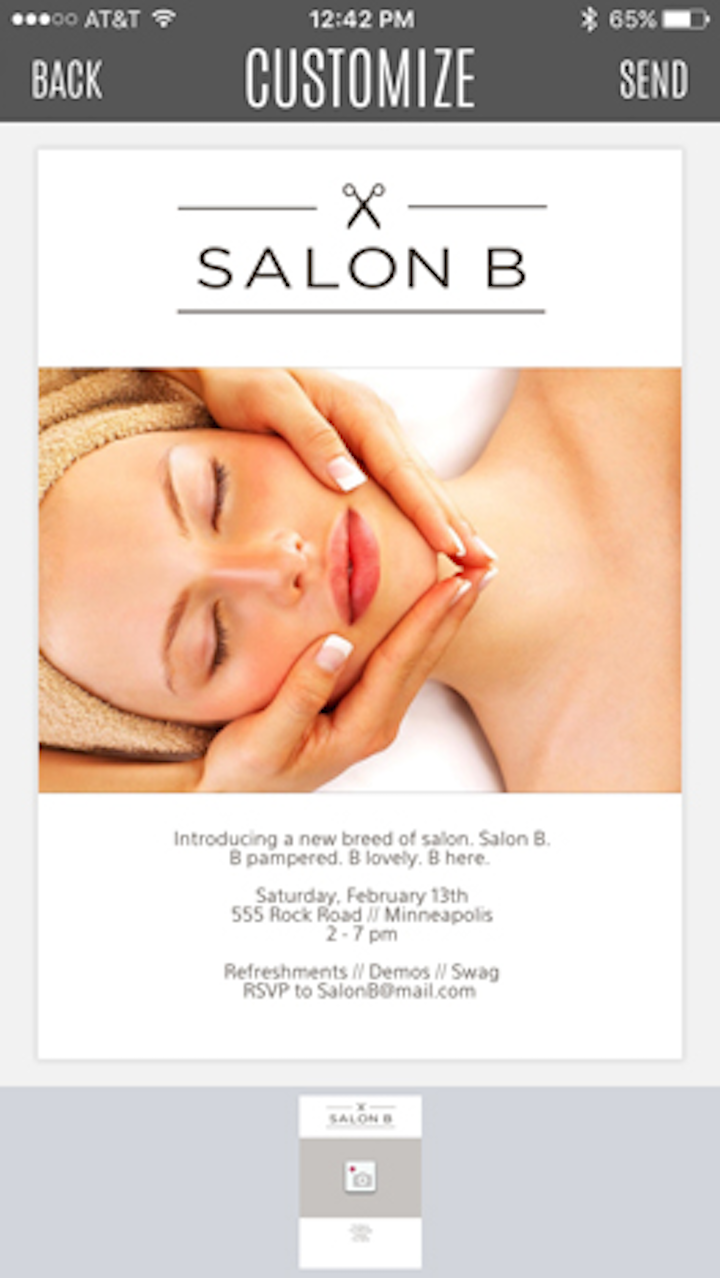 Red Stamp’s free iOS and Android apps can be used to send invitations via email or text or to post to Facebook, Instagram, or Twitter. Hosts choose from more than 2,000 designs that can be customized by changing the font and color scheme and by adding photos from their camera roll or taking photos in the app. A virtual mailbox helps hosts manage correspondence. The app also integrates with the device’s contact list so hosts can use it to order printed cards that ship directly to recipients. The app launched in 2011. 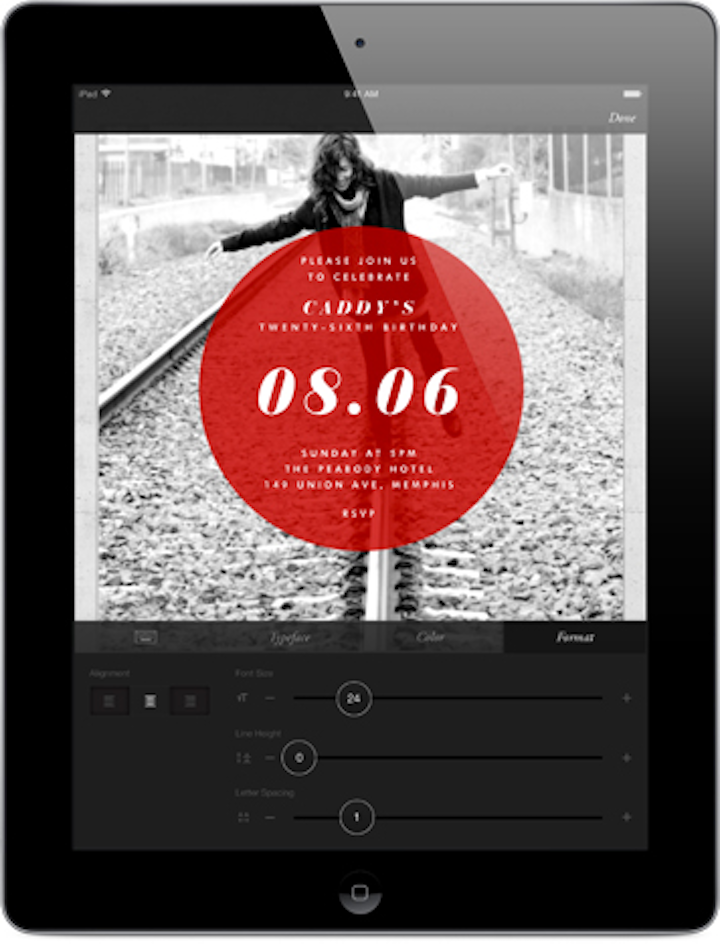 Paperless Post offers all the features of its original desktop-based invitations in a free iOS app that launched in 2012. Hosts can choose from thousands of designs, including cards from Kate Spade New York and Oscar de la Renta, and they can customize invitations with photos, fonts, and colors. Guests ­receive invitations via email or in the app, if they have it installed. The app can also serve as a ­communication portal, where the host and guests can post group and private ­messages and upload photos that can include comments and tags.