See How This Rental Company Designed Weddings for a Netflix Show

Prime Time Party & Event Rental in Ohio helped create eight weddings in 13 weeks for Say I Do on the popular streaming service. 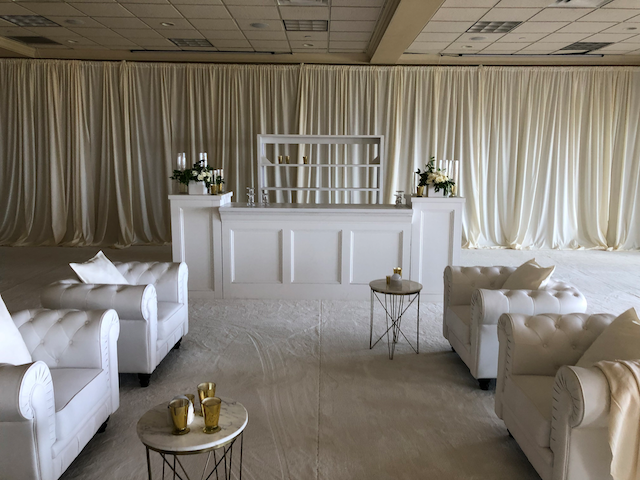 “One of the harder installs was at Drees Pavilion [in Covington, Kentucky]. It was only a day apart from another filming. We re-carpeted the entire space and set everything up in 12 hours,” Bruner said.Photo: Courtesy of Prime Time Party & Event RentalIn the new Netflix series Say I Do, soon-to-be grooms surprise their partners with the wedding of their dreams, thanks to help from interior designer Jeremiah Brent, fashion designer Thai Nguyen, chef Gabriele Bertaccini—and Prime Time Party & Event Rental of Dayton, Ohio.

Because all of the weddings were set to take place in the Midwestern tri-state area—including Cincinnati, Ohio, Kentucky, and Indiana—scouts for the eight-part reality series, which is from the creators of “Queer Eye,” were in search of a local rental company that would be able to create props, furniture, and other items for the episodes.

Enter Prime Time Party & Event Rental. Starting in September 2019, the company was tasked with building out eight weddings, all of which were filmed in 13 weeks’ time. “We were often given a few days and in some cases a few hours to build and set up for a specific shoot,” explained Kevin Bruner, sales specialist at Prime Time. Adding that, the production team “worked around the clock to complete custom pieces in time.”

Each episode featured a different theme—from the circus to '90s to Christmas-inspired—that required specific rental items and custom-made pieces. In addition to handling requests, Bart Nye, owner of Prime Time Party & Event Rental, also coordinated with Brent and the show producers, suggesting inventory to match their visions for each wedding.

Of course, not all of the hard work shows up on the show, although the team can sometimes be seen toiling away in the background. “There are a lot of specific design elements in the construction that you wouldn’t get from the camera,” Bruner said.

For example, “the carnival booths [for the circus-theme wedding] needed to meet a very specific design and feel with weathering and burning the wood, not just painting them red and white. The '90s episode had more detail pieces in the outdoor furniture and wall decor. That episode also had a custom gold dance floor. I think we are most excited about the mirror bars. They ended up being in a few episodes just due to how great the finished product looked.”

Because the show filmed before COVID-19 hit, the rental company was also working on other client weddings and events during what Bruner calls "the busiest time of year,” adding that they were “servicing another 300 clients every week” in addition to the show weddings. Bruner estimates that the team put in 500 to 600 man-hours and used three trucks to drive 100 miles per episode.

“We worked very closely with Jeremiah Brent on the physical design and setup,” Nye said. “The entire scout production team as well as Jeremiah, Thai, and Gabriele made all of the hours of hard work totally worth it.”

See some behind-the-scenes shots from the show: 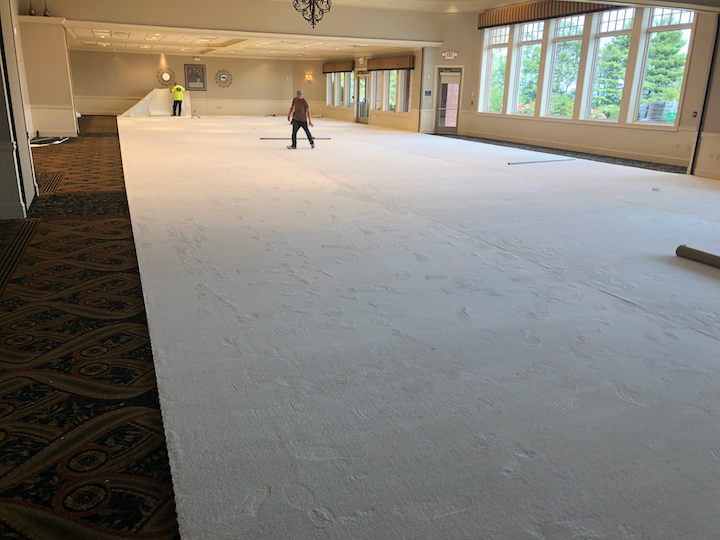 In the first episode, Brent requested that a ballroom be completely covered in white carpeting.
Photo: Courtesy of Prime Time Party & Event Rental 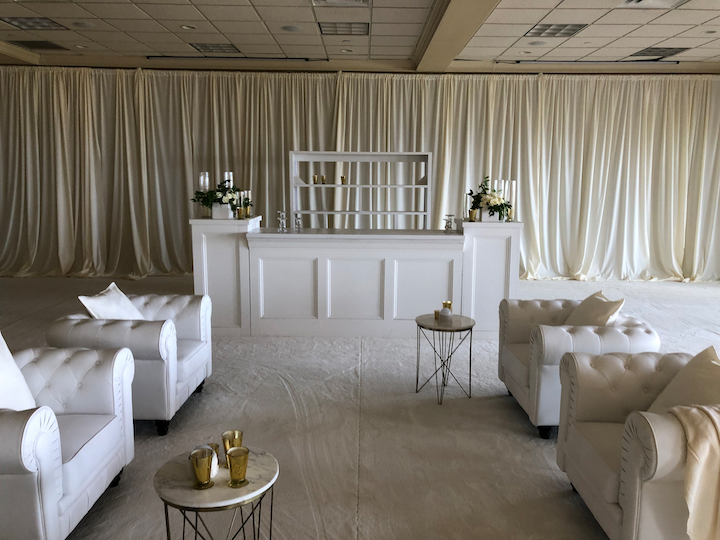 “One of the harder installs was at Drees Pavilion [in Covington, Kentucky]. It was only a day apart from another filming. We re-carpeted the entire space and set everything up in 12 hours,” Bruner said.
Photo: Courtesy of Prime Time Party & Event Rental 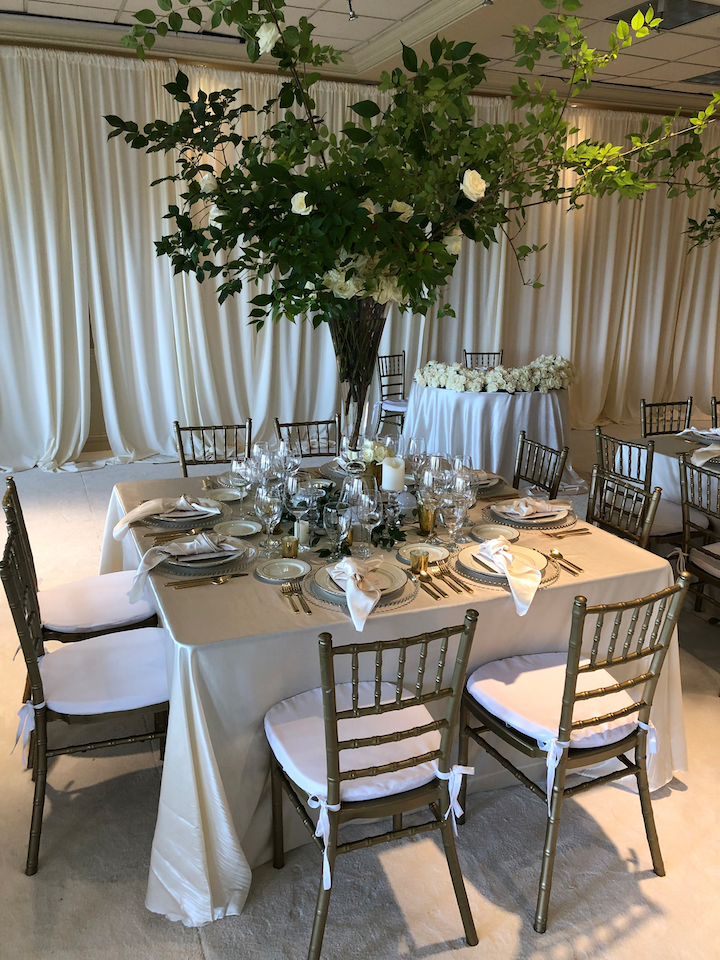 The wedding featured in episode one included 7,000 roses, some of which were used in the towering table centerpieces.
Photo: Courtesy of Prime Time Party & Event Rental 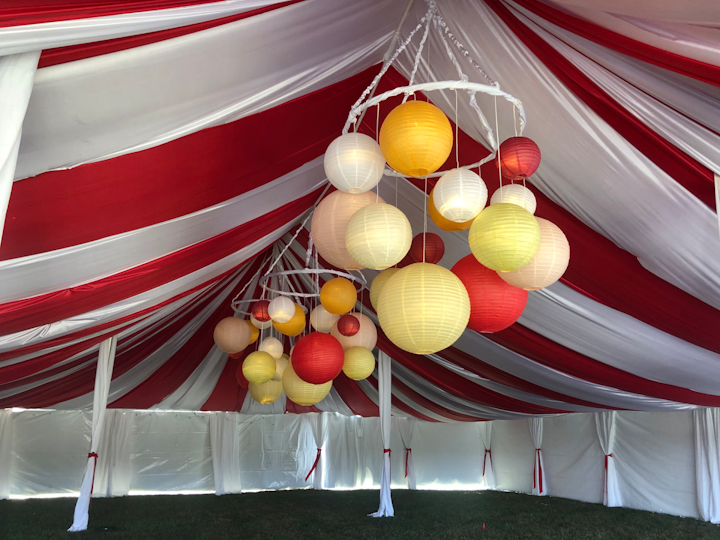 “The carnival was literally an empty field where we set up a tent and created an outdoor kitchen,” Bruner said. A 60-foot-by-70-foot tent was fully draped in red and white fabric.
Photo: Courtesy of Prime Time Party & Event Rental 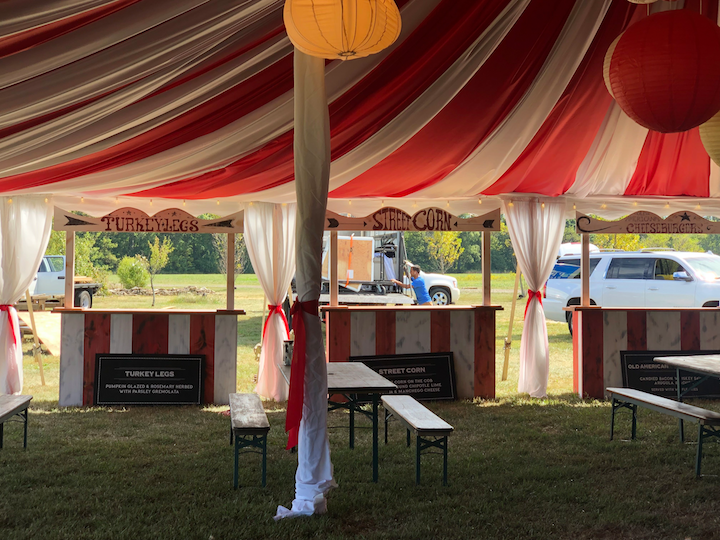 Bruner said that the carnival and '90s themes were the "most memorable. These required many custom builds as well as the most intensive setups on our end."
Photo: Courtesy of Prime Time Party & Event Rental 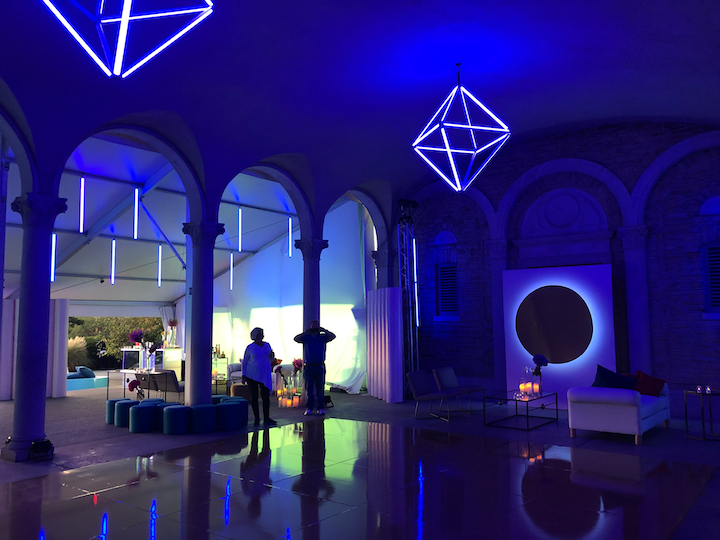 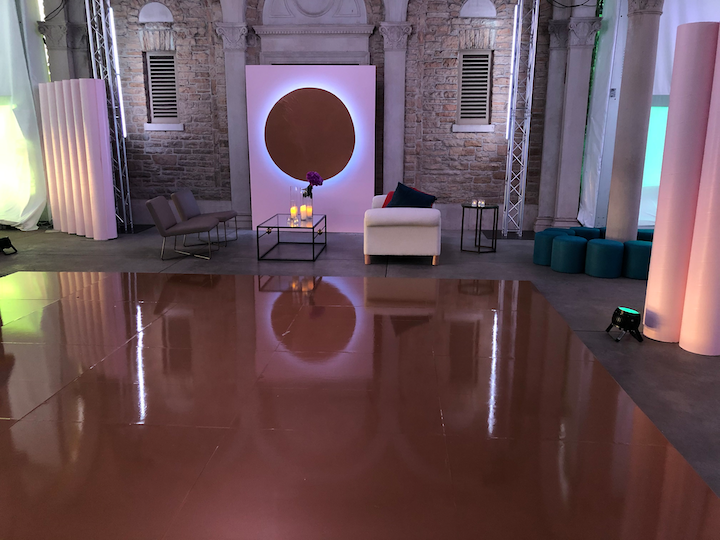 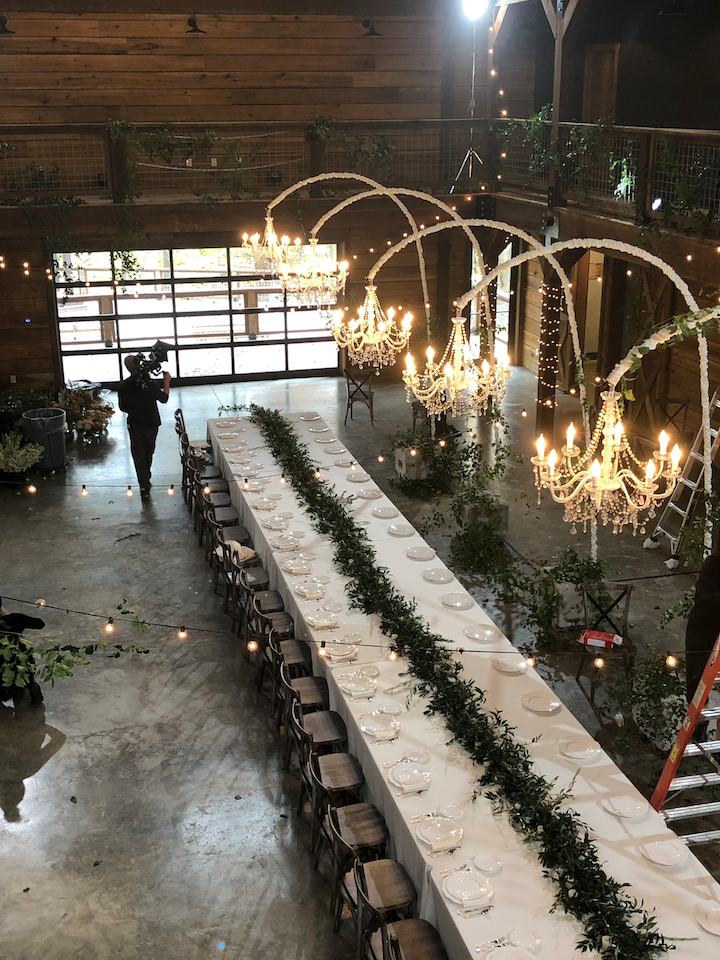 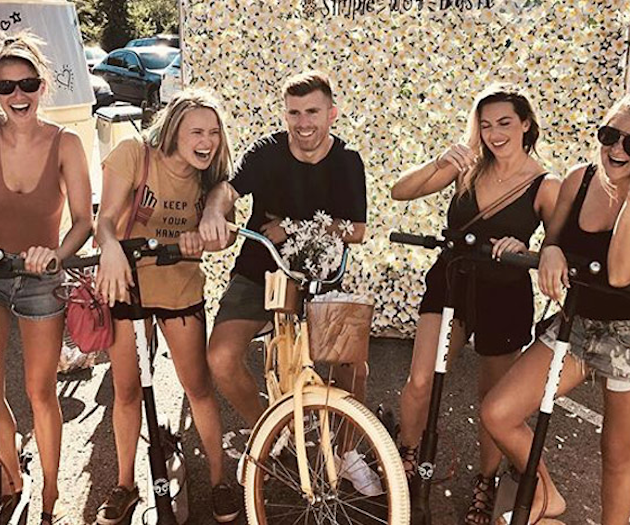