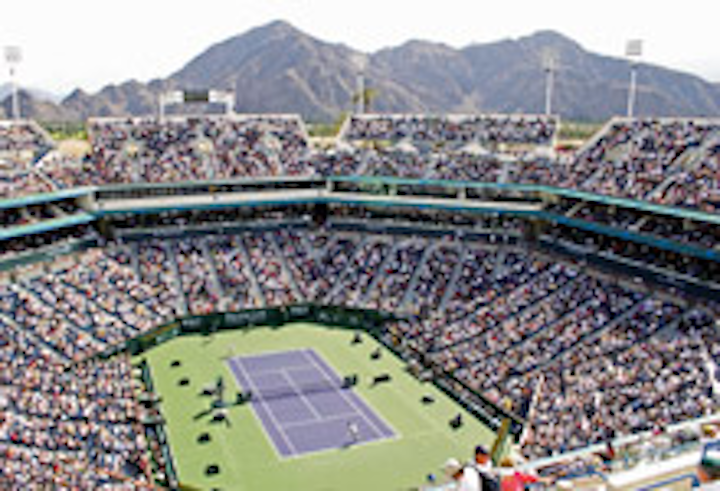 1. City of Los Angeles Marathon
This race typically takes place the ﬁrst Sunday in March, but in 2009 will run on May 25. The marathon starts at the corner of Cahuenga and Lankershim Boulevards and draws more than one million spectators.

2. The Indian Wells Tournament
Formerly known as the Paciﬁc Life Open, this tennis tournament will take place March 9 through 22 at the Indian Wells Tennis Garden. In 2008, the tournament achieved an attendance milestone with 331,269 spectators.

3. Toyota Grand Prix of Long Beach
The 35th anniversary race takes place April 16 through 19 on the streets of Long Beach. The weekend will feature six racing series, including the debut of the IndyCar series and a celebrity race on Saturday.

4. Paciﬁc Life Holiday Bowl
Each year, this football game grows in attendance and is broadcast by the ESPN networks. The 2008 battle between Oregon and Oklahoma State took place Dec. 30 at Qualcomm Stadium in San Diego.

5. Cedars-Sinai Sports Spectacular
This invitation only sports award dinner serves as a fund-raiser for the Cedars-Sinai Medical Genetics Institute. In its history, the event has raised more than $18 million for genetic research while honoring sports legends. This year’s event will be June 7 at the Hyatt Regency Century Plaza.

7. Paciﬁc Life Pac-10 Men’s Basketball Tournament
From March 11 to 14, more than 80,000 are expected at the Staples Center for this three-day basketball tournament. Ten college teams play against each other, with the winning team moving on to the NCAA tournament.