Mashable is harnessing the power of online communication to create worldwide reach for its conference focused on social issues.

Mashable’s Social Good Summit convenes world leaders, grassroots activists, engineers, educators, foundation leaders, and more for two days each fall at the 92nd Street Y in New York. Created in partnership with the venue, the United Nations Development Program, and the United Nations Foundation, the program is focused on how technology and new media can help address issues such as poverty, education, health, and climate change. The conference takes place during the week of United Nations General Assembly meetings, with an agenda that mirrors topics being discussed by world leaders, and includes speakers such as Al Gore, Melinda Gates, and former President Jimmy Carter. In 2014, more than 1,600 people attended the event, plus an additional 700 bloggers and journalists there to cover it.

But the conversation extends far beyond the walls of the venue thanks to an extensive worldwide outreach program that includes social sharing, meetups, and online streaming translated in seven languages. “The Livestream is a huge added benefit we can offer to our community to engage,” said Natasha Mulla, Mashable’s director of events. “We have a great number of attendees that join us in person, but our hope is to make this conversation global. We are dealing with global issues, so it was important to have it showcased on a global scale.”

In 2014, more than 90,000 people watched the stream from 200 countries and territories. To provide access to people without Internet service, last year Mashable partnered with AudioNow so people in countries all over the world could dial in to hear the audio stream of the conference. Grassroots activists around the world also create meetups to coincide with the conference. More than 75 took place, ranging from events where people gathered to watch the Livestream together to other meetups that included original content.

The conference hashtag, #2030Now, garnered 90,000 mentions, a reach of 159 million and 1.6 billion impressions. “The part that makes it so successful is having that community engagement aspect to it,” Mulla said. “By combining our speakers with our live audience and the audience on Livestream, it’s not just a conference in one moment at one time but a year-round conversation that happens. It’s an ongoing driver of change that makes it more than just the isolated event.” 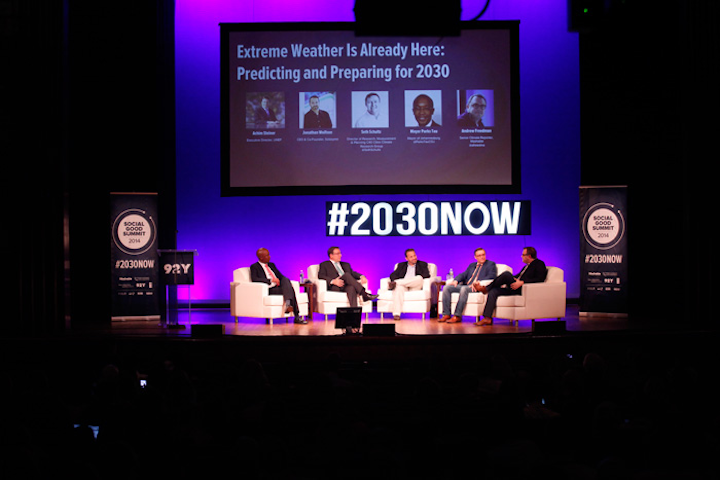 During the summit, thousands of people joined the conversation online by using the hashtag #2030Now to discuss topics such as technology, global education opportunities, and climate change. Mashable shared some of the most thought-provoking commentary on its website.
Photo: Casey Kelbaugh/Mashable 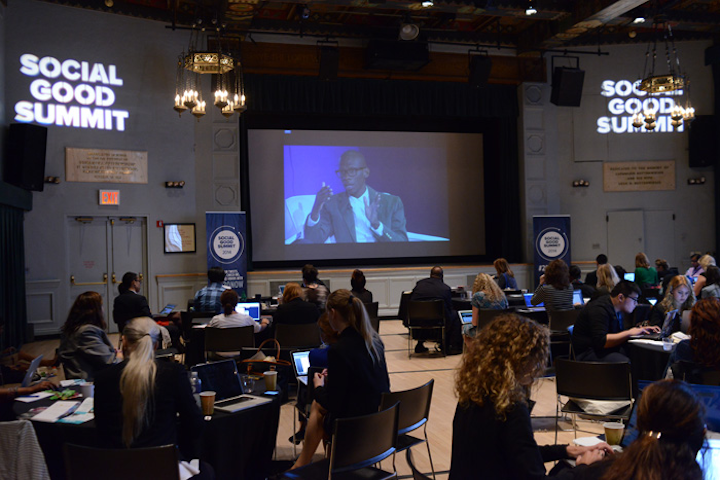 In the summit’s digital media lounge, reporters and bloggers could watch the event via the online stream.
Photo: Casey Kelbaugh/Mashable
More in Meetings & Conferences