How to Make Food and Beer Fests Profitable

The centerpiece of DC Beer Week used to be a Potomac River cruise where guests would sample various beers. Because the event never met financial goals, this year organizers turned over the planning and underwriting of the week's events entirely to sponsors.

“[The cruise] was a lot of fun, but it just didn’t make sense fiscally to do it again,” said Teddy Folkman, DC Beer Week co-founder and chairman, who said that the $85 to $100 ticket prices—depending on when guests purchased—only covered costs. Now Folkman and his staff focus solely on promoting events that DC Beer Week sponsors pay to host as part of the nearly 200 events on the official schedule.

Stephen Ball, director of marketing and events for Washington City Paper, explored replicating the cruise but found the higher cost per person would require a more expensive ticket without the customization options and personal touch.

“At the end of the day, it wouldn't have done what we wanted,” Ball said. “It would have been all the brewers pouring at their tables and you wouldn't have been able to learn their story, walk through their space and see how different they all actually are, which goes to the whole point of beer week promoting the growth of the beer movement in the city and educating people about different beers.”

So he developed a new concept. Instead of a cruise, the fest offered an all-day tour August 11 to six local breweries—DC Brau, Chocolate City Beer, 3 Stars Brewing Company, Port City Brewing Company, Mad Fox Brewing Company, and Bluejacket. Nearly 400 people, 50 more than the boat cruise last year, purchased tickets, which ranged from $30 for early birds to $50 that day. Reston Limousine provided transportation for the event, and guests made 45-minute stops at each destination for a tour, tastings, interaction with the brewers, and the option of lunch at Max Fox’s in-house restaurant or food trucks set up at DC Brau.

"The City Paper is a really great ally and have gotten behind the concept of [the week] not being about just drinking, but community building through craft beer," Folkman said.

For the paper's second event of the day, sold as a separate $55 ticket, Ball partnered with Brewery Ommegang to host the D.C. portion of its nationwide "Hop Chef" competition that pits local chefs against one another to create a dish that used one of Ommegang’s brews as an ingredient. The sold-out event had 300 people at Long View Gallery sampling and voting on the small plates served by eight chefs from around the city. The judges’ choice winner, Will Artley from Pizzeria Orso, will go onto the national competition next spring at Ommegang’s Cooperstown, New York, home with the winners from the other six cities including Boston, Chicago, and New York.

Folkman said he's happy with the changes to the festival. "Every year there is exponential growth in interest in the week, and we've expanded not just into the four quadrants of D.C., but the surrounding metro area for the first time," he said. 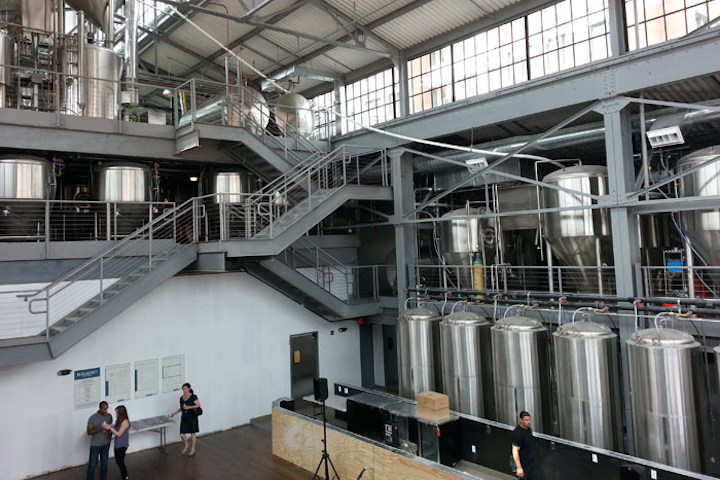 Eventgoers got a sneak peek at the operations at Bluejacket, one of the largest production facilities on the tour, before it officially opens later this year. The first group to stop here also heard Mayor Vincent Gray speak about the burgeoning Capitol riverfront neighborhood and Bluejacket's influence.
Photo: Scott Pacheco 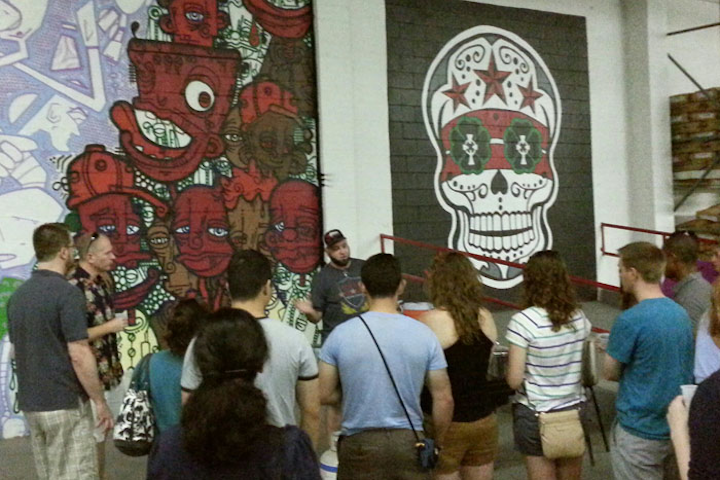 3 Stars Brewing Company has graffiti murals on its walls of the factory to capture the spirit of the brand and its founders. After the tours, guests sampled two of the brand's newer brews, a peppercorn saison and lime basil saison.
Photo: Scott Pacheco 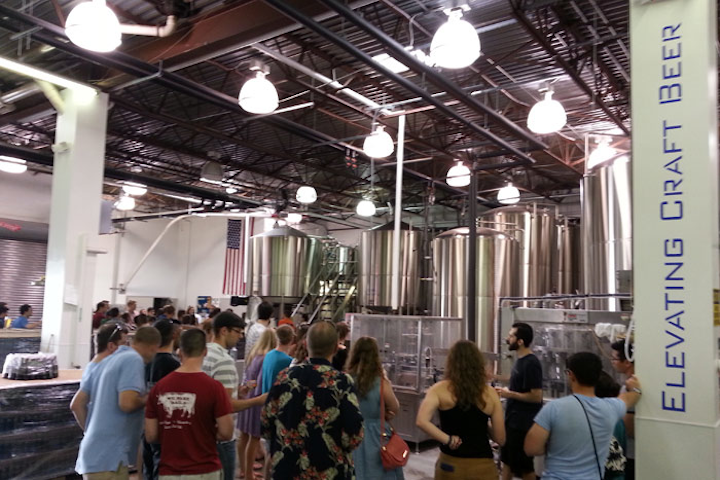 Port City provided samples of its six beers on tap then took groups throughout the brewery to see the beer-making process in action. The Alexandria-based brewery has the largest output in volume of the six stops, distributing across the East Coast from South Carolina to New York.
Photo: Scott Pacheco 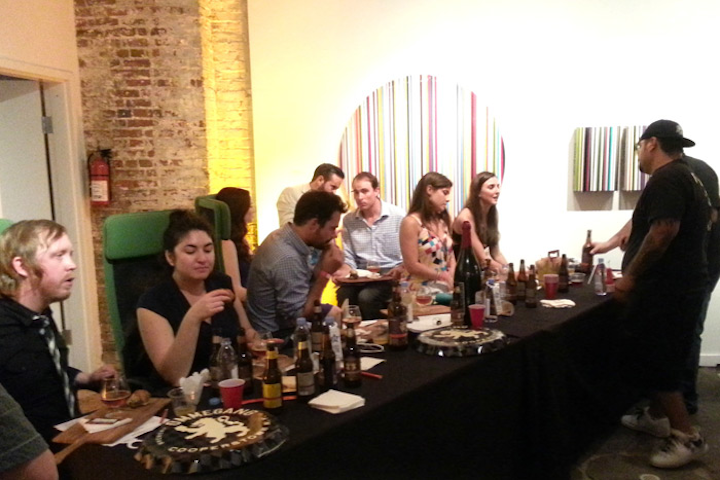 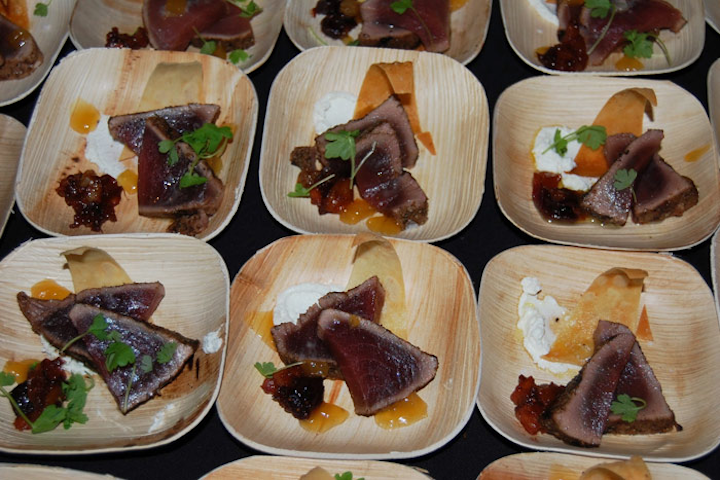 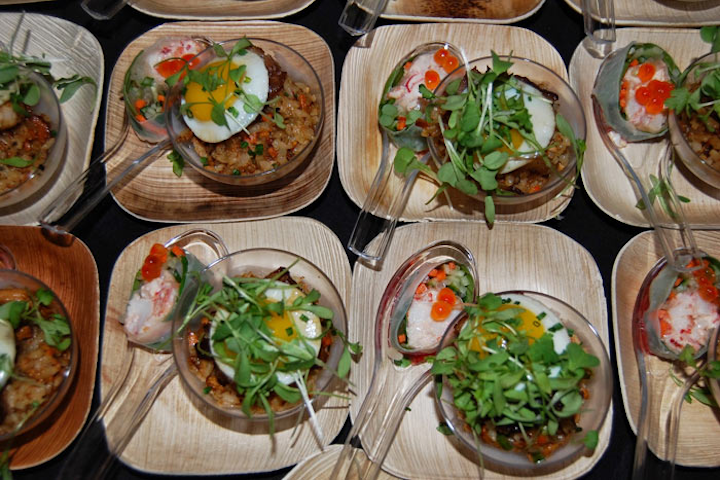 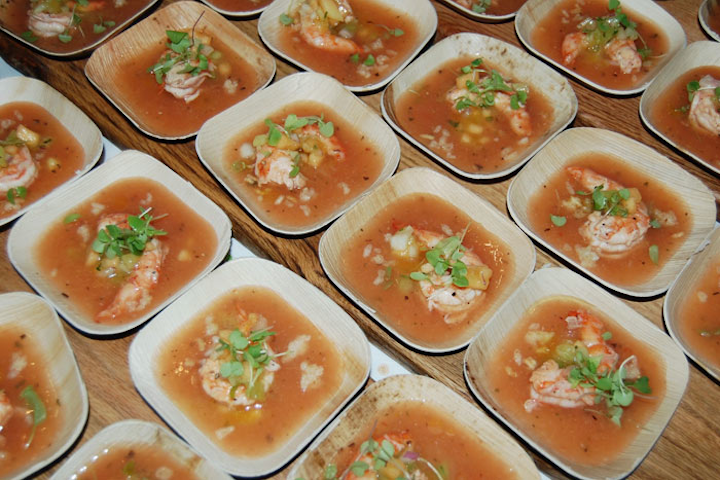 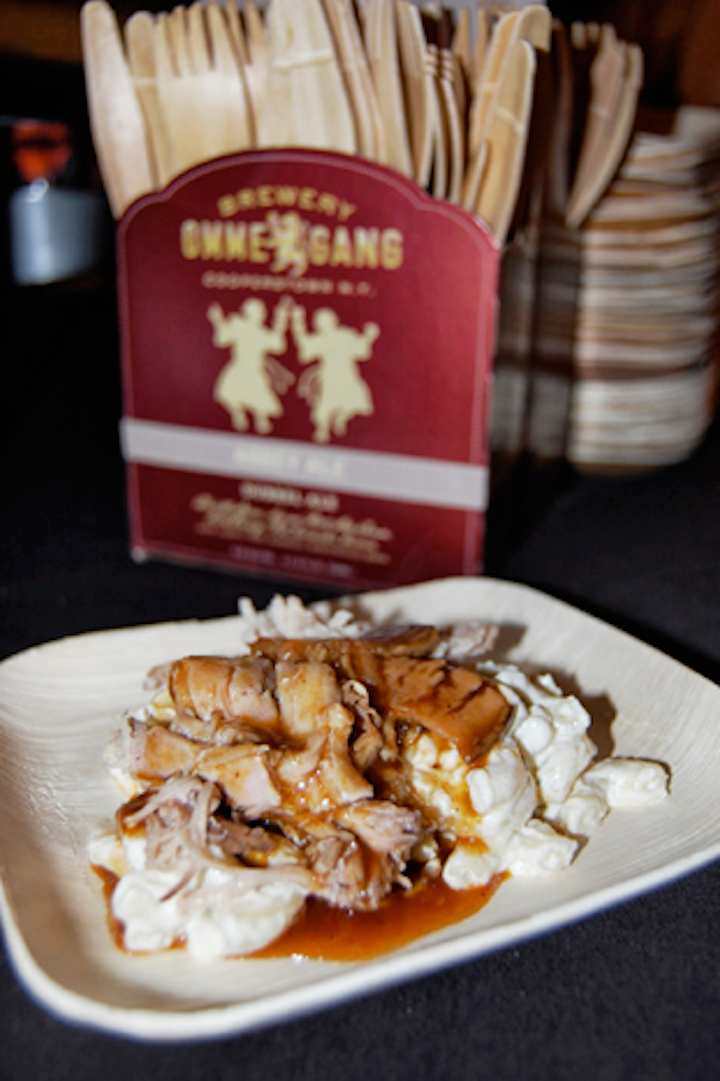 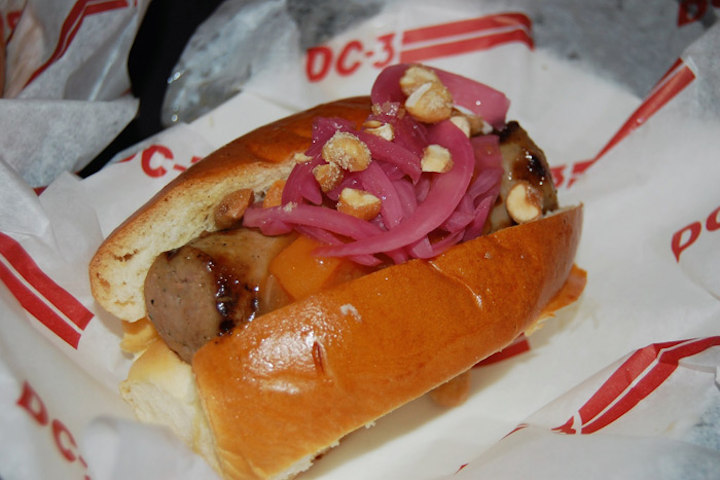