It's been a big couple weeks for coffee machine launches from Nestlé brands. After Nespresso launched its Pixie machine in New York, the brand brought a version of the event to the West Coast for an event at Williams-Sonoma in Beverly Hills on Thursday—which happened to be the same day on which Nescafé hosted an unrelated event to launch its Dolce Gusto machines in West Hollywood.

The local Pixie event brought pops of bright color, coffee-infused dishes from local chefs, and a flash mob to fete the small machine at the Williams-Sonoma space, the only place it is sold. Nespresso vice president of events Michelle McFaul and marketing director Jennifer Lally tapped Mia Choi and Sneha Bhatia of MAS Event & Design for the creative and production elements.

The MAS team took inspiration from the branding and colors of the Pixie machine. Instead of redesigning the shop and its existing fixtures, they relied on elements that could be added for branding. This entailed creating window displays with the machines and oversize versions of the coffee capsules, matching a three-dimensional Pixie and Nespresso sign to the Williams-Sonoma's glass awning, enclosing the cashier area and registers with branded covers, and adorning the facade with circular decals in the colors of the new machine. A Pixie-blue carpet with branded podiums adorned with Pixie machines served as the entryway.

The night ended with a dancing flash mob in colorful bowler hats, an animated video presentation about the Pixie, and a speech from Nespresso and Williams-Sonoma executives. 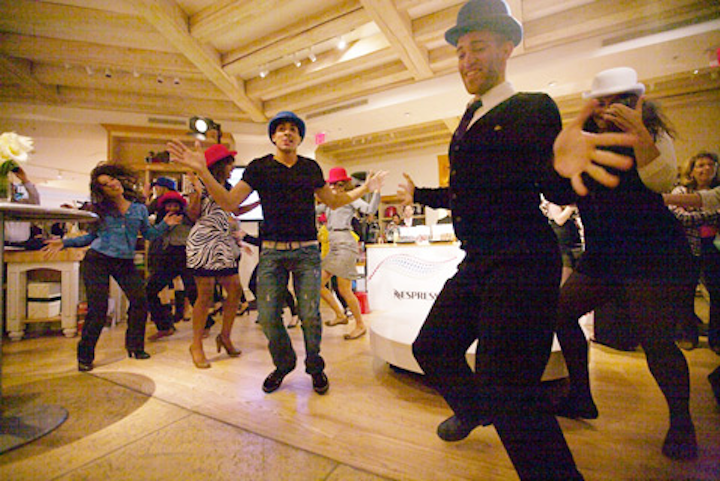 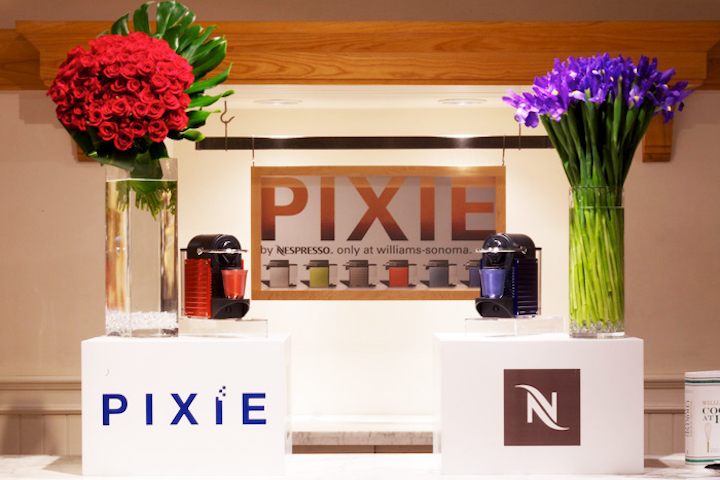 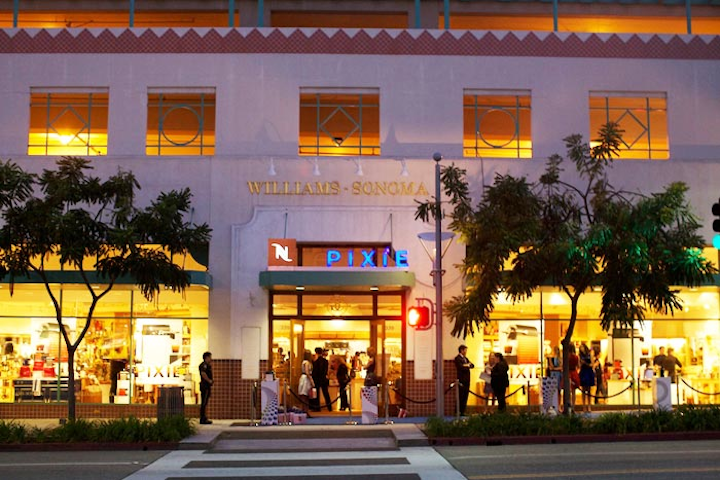 Decor included window displays with the machines and oversize versions of the coffee capsules, as well as a three-dimensional Pixie and Nespresso sign matched to the Williams-Sonoma's glass awning.
Photo: David White 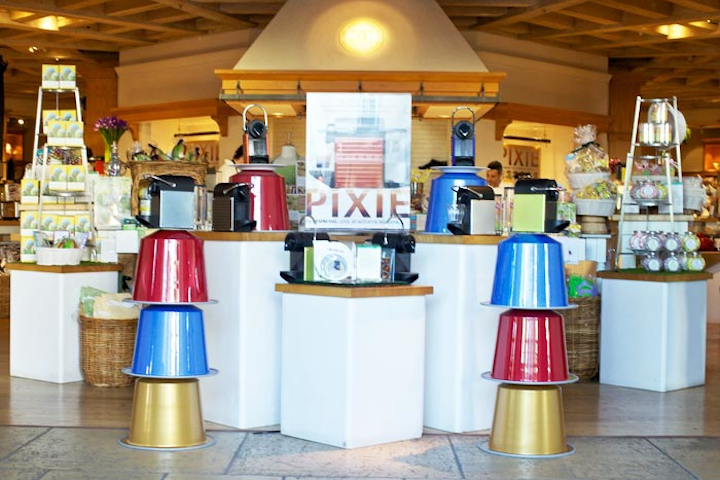 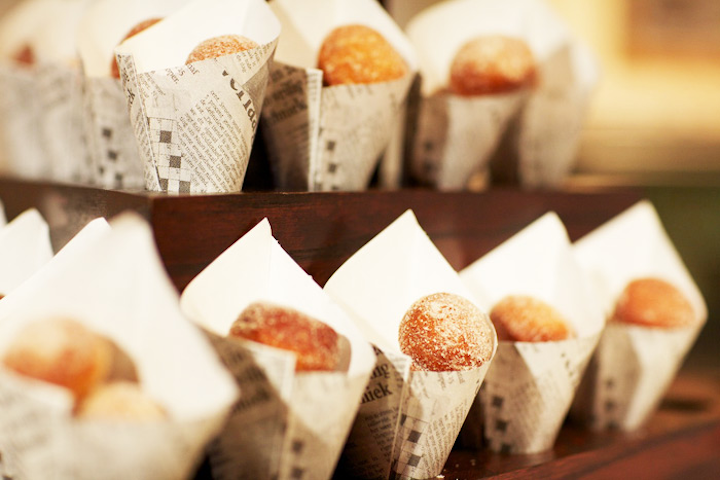 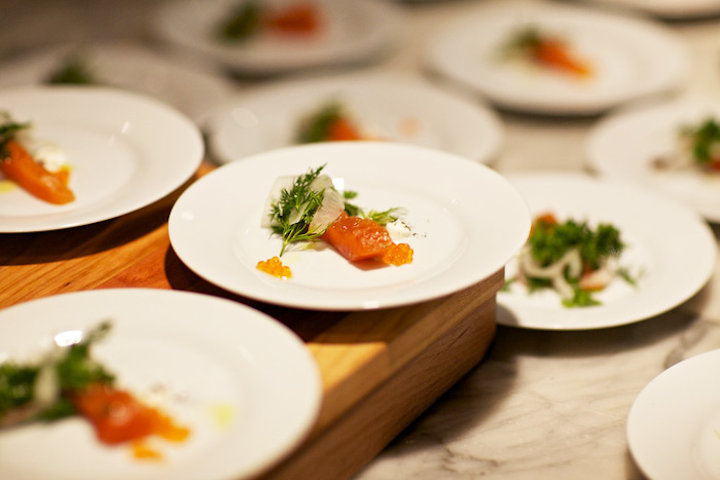 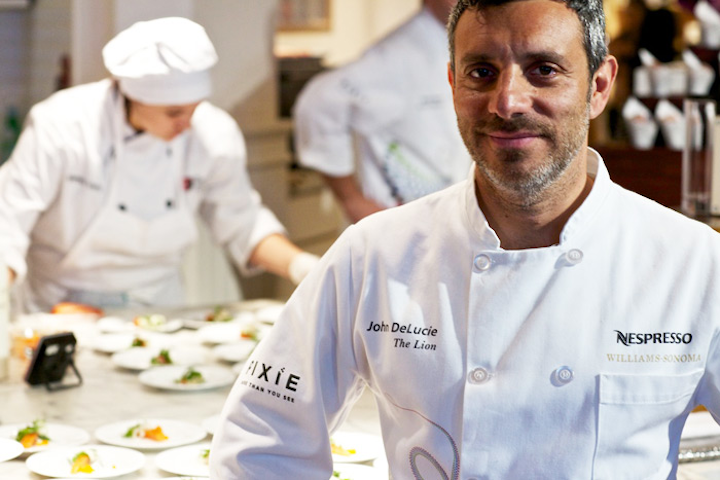 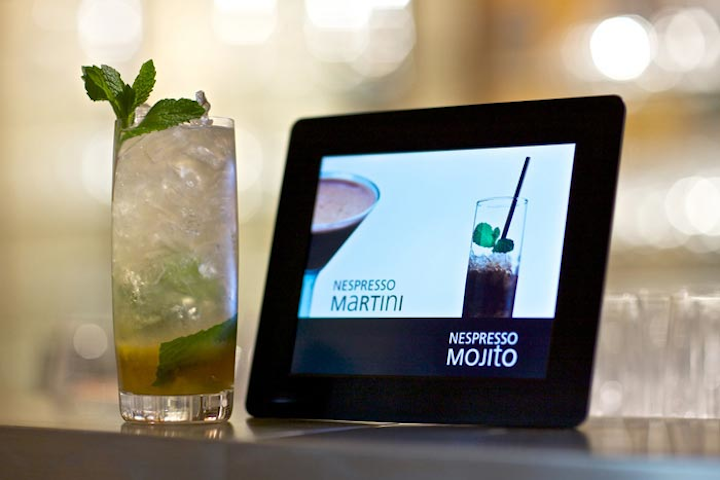 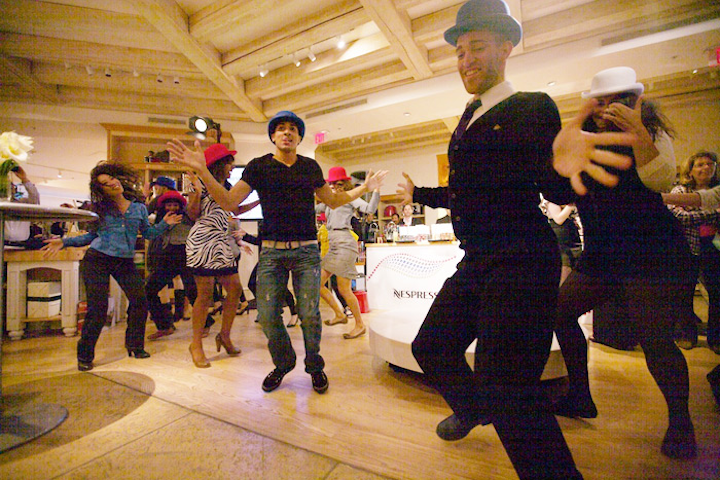 A flash-mob performance concluded the event on a note of high energy.
Photo: David White 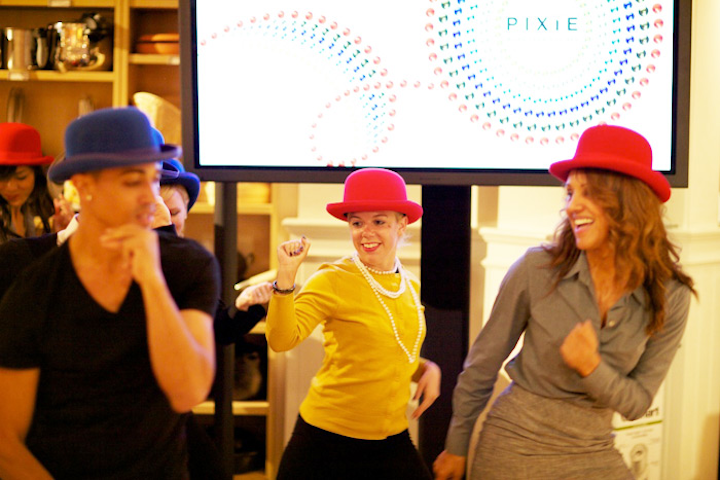