Nothing says 2011 Hollywood like a few Kardashians in animal print and a swarm of paparazzi at an SBE nightclub. So you might say the launch of the Kardashian Kollection apparel line for Sears at the Colony was a very Hollywood event. Jupi corporation president Bruno Schiavi and vice president of business affairs Dani Skye-McBride oversaw the event, working with Fingerprint Communications for PR and marketing, and the Visionary Group for production. “Kourtney, Kim, and Khloe have been extremely hands-on throughout the whole process of creating and launching the collection," Fingerprint president Jessica Meisels said.

After the designing sisters and entourage arrived around 8:30 p.m. Wednesday—setting off a frenzy of flashbulbs on the arrivals carpet—they joined the crowd inside the club's patio room, where large-scale prints of the designing women hung on the far wall. Annie Leibovitz shot the six-by-five-foot images, which Visionary Group framed and rigged from the ceiling. Logo prints hung in the center of the wall and over the patio bar.

The center pool area on the patio served as a place to show off the pieces in the collection, with a red carpet border surrounding a black tile floor, reminiscent of the Kardashian Kollection stores within Sears, where the line will be available exclusively. A white chaise lounge and black chandelier sat at the center. Models strutted within the vignette throughout the night to showcase the collection, and additional models rotated between a red-carpet covered platform in front of the DJ booth and one on the landing between the two rooms. The Visionary Group team explained that the models allowed guests to see the collection up close and for a more extended period of time than a runway show would have allowed.

In the main room, a vinyl cling covered the front of the DJ booth showcasing the Kardashian-inspired, jazzed-up Sears logo. Arrangements of black mini calla lilies topped tables. And, for a bit of edible branding, logos, monograms, and photos decorated mini cupcakes and cookies at a dessert buffet from Sweet E's. 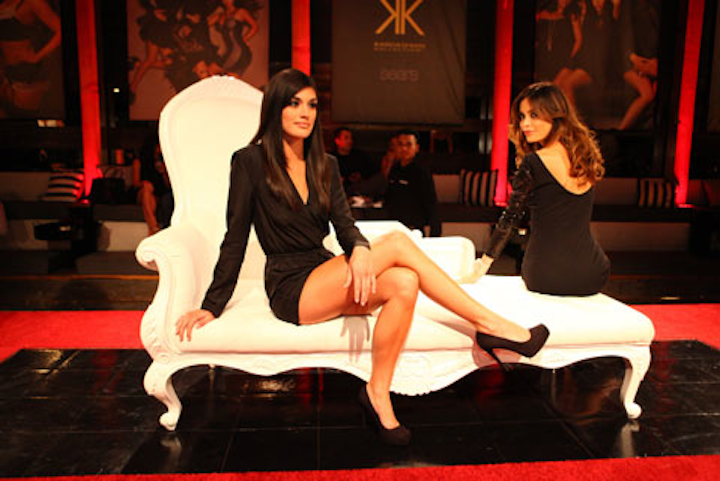 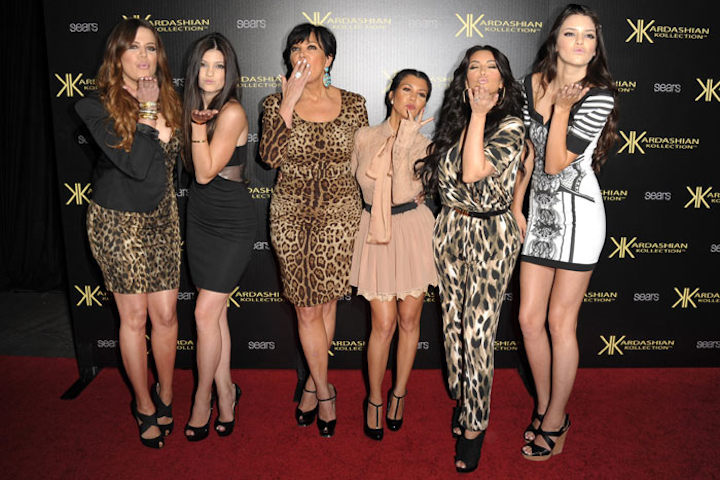 An array of Kardashian and Jenner women ignited the flashbulbs on the red carpet at the Colony for the Kardashian Kollection launch.
Photo: John Shearer/WireImage.com 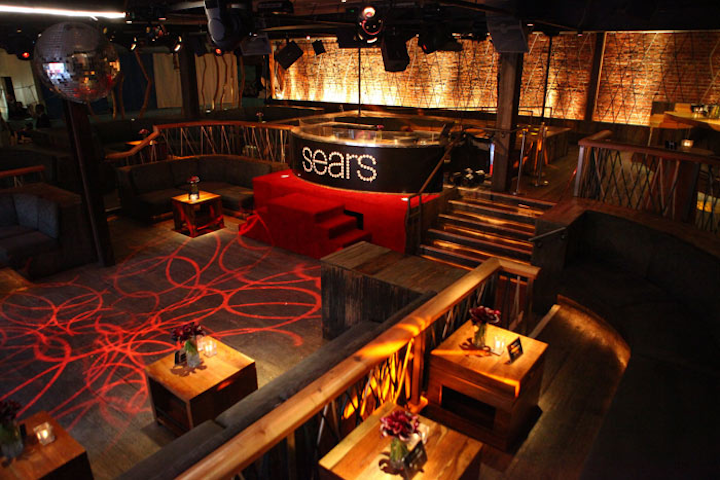 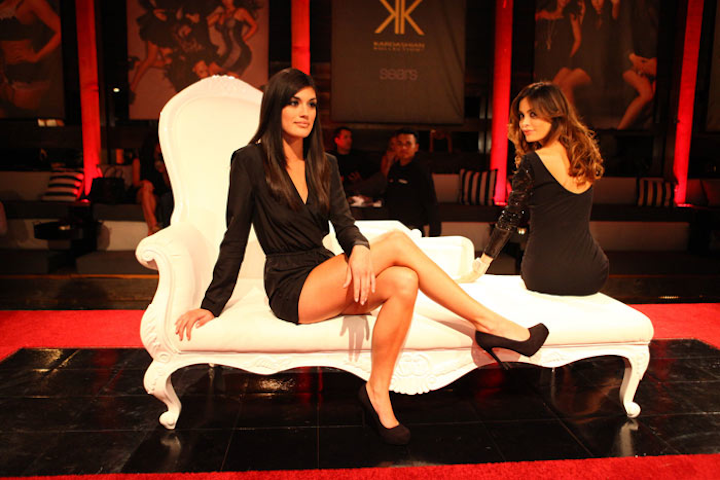 Models posed to show off looks from the collection in a vignette.
Photo: Brian Dowling 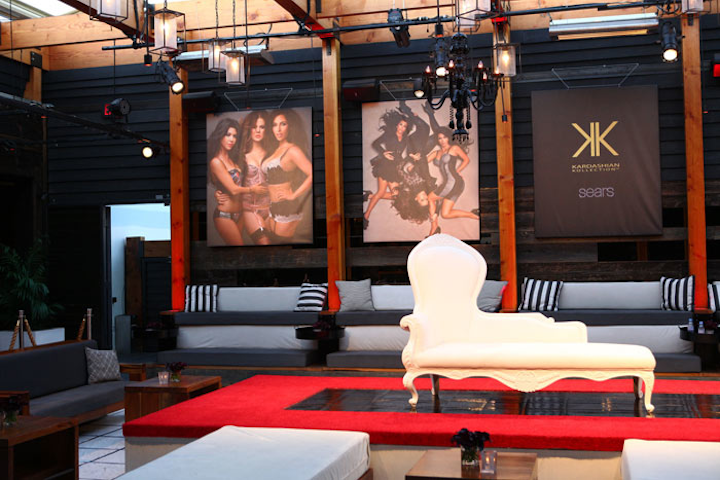 A white chaise stood in the center of a red-carpeted vignette.
Photo: Brian Dowling 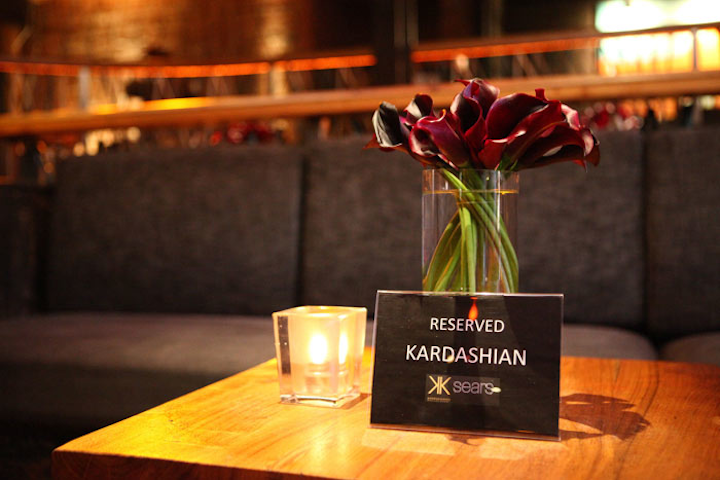 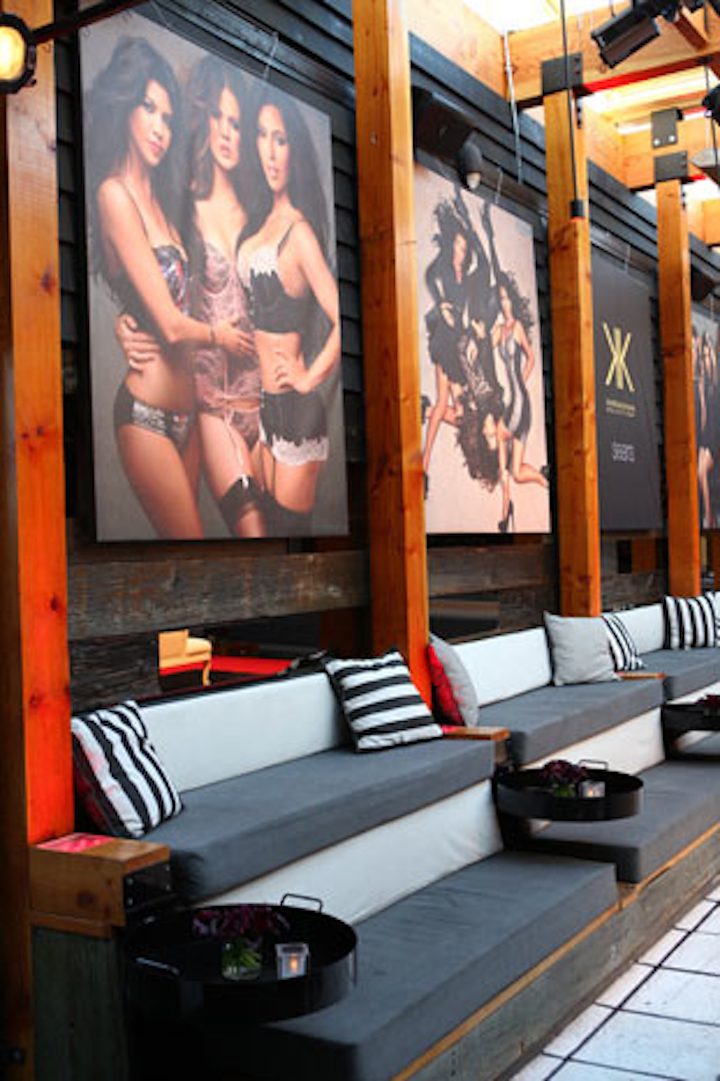 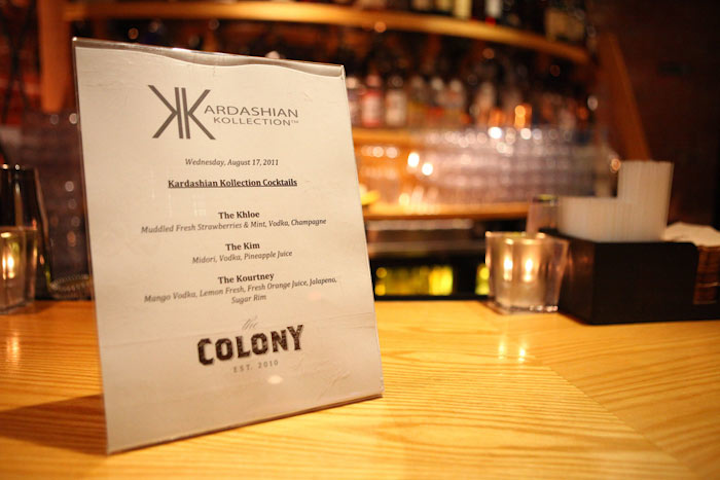 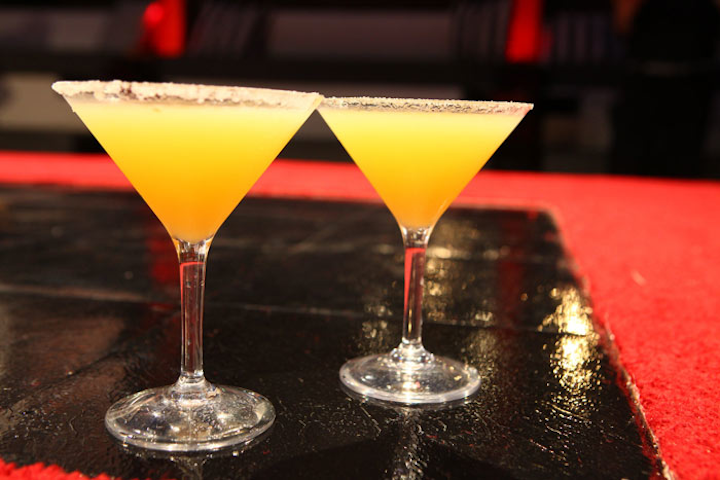 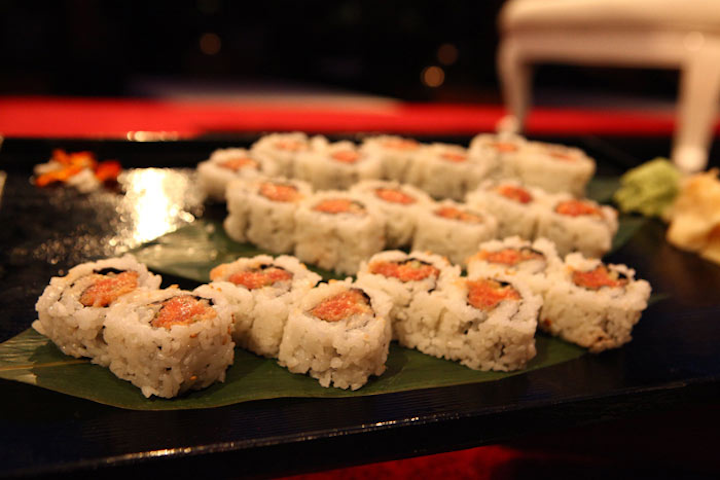 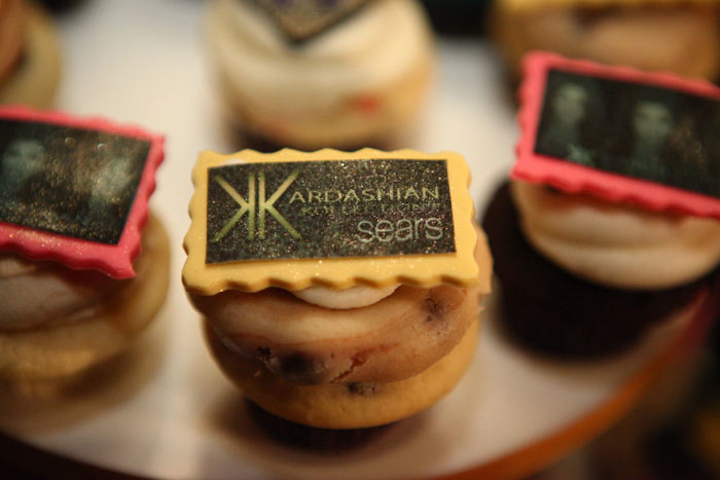