The Initiative for Russian Culture, an organization at American University that promotes greater relations between Russia and the United States, kicked off its new Russian film series on Friday with a 1920s-era Russian-meets-American movie screening. The night brought more than 500 Washington-area college students, deans, and Russian ambassadors and dignitaries to the Library of Congress for intercultural mingling.

Lehrman worked with Sandi R. Hoffman Special Events to create the ambience for the night, beginning with an hour-long cocktail reception where Occasions Caterers served Russian dishes like beef stroganoff, smoked salmon, and cocktail chicken Kiev. Movie ushers dressed in vintage clothing from the time period greeted guests as they entered the Coolidge Theater for a showing of Jazzmen, a Russian movie about a jazz pianist’s expulsion from school for his musical passion during the 1920s. Occasions served a mix of Russian and American movie snacks like candies and popcorn.

After the screening, the party moved to the main atrium for Russian desserts and coffee. Russian pianist Igor Bril and bassist Eugene Orenschenko performed towards the end of the night. 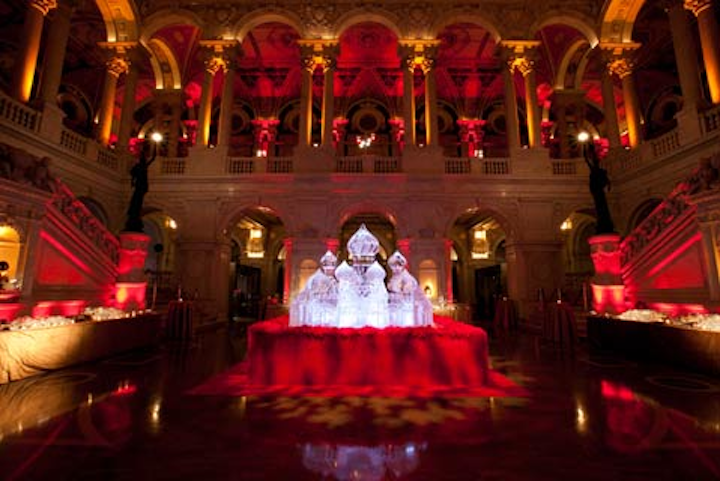 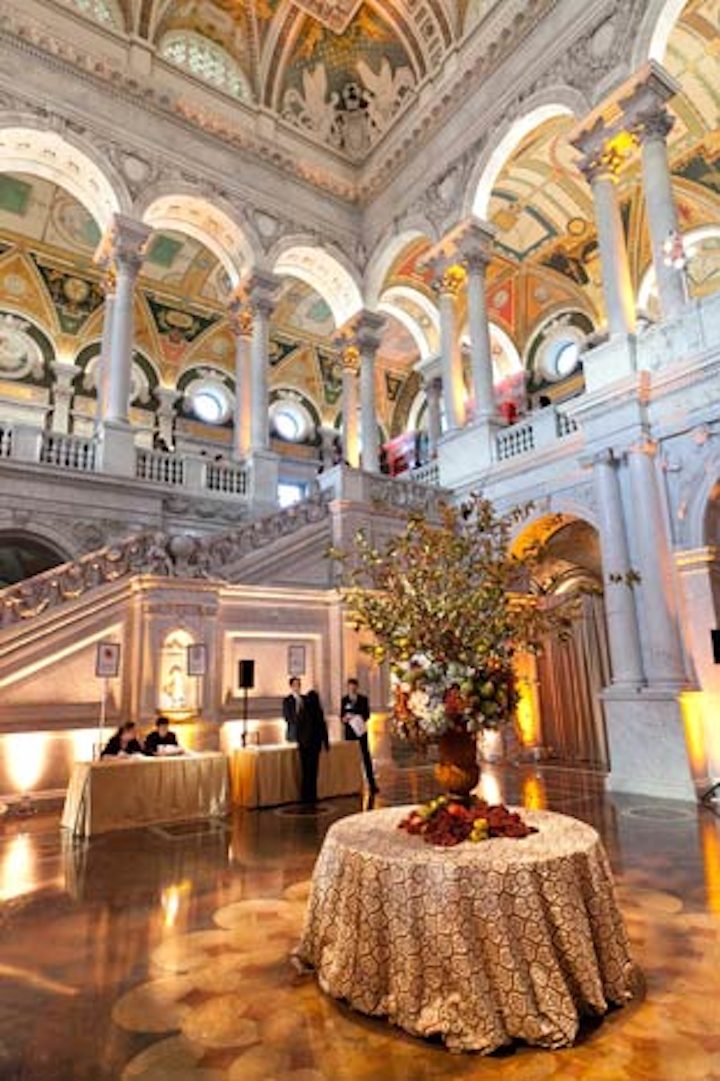 The pre-screening reception took place on the third floor of the Library of Congress overlooking the atrium where check-in, and later desserts and coffee, took place.
Photo: ImageLink Photography 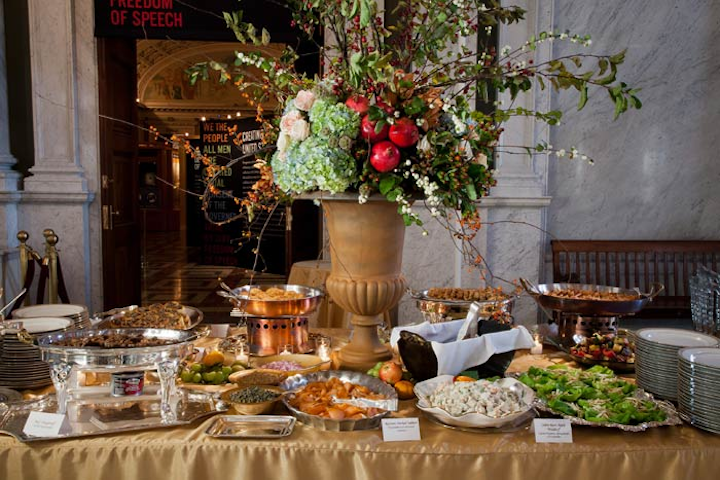 Occasions setup buffet tables filled with Russian dishes, each with a menu card written in English and Russian, on the third floor.
Photo: ImageLink Photography 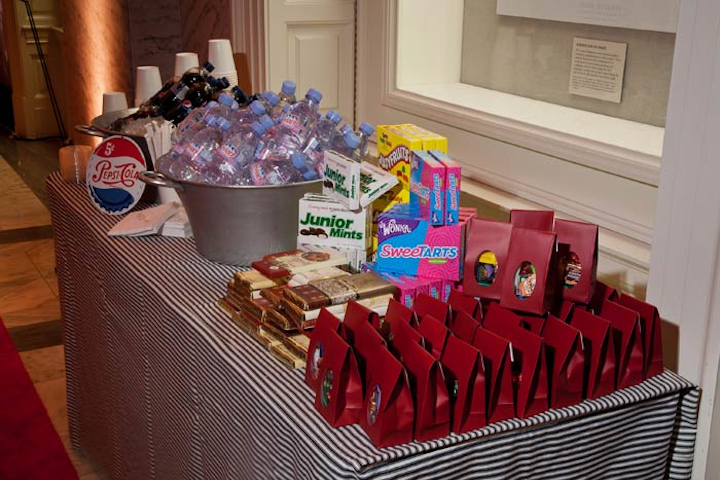 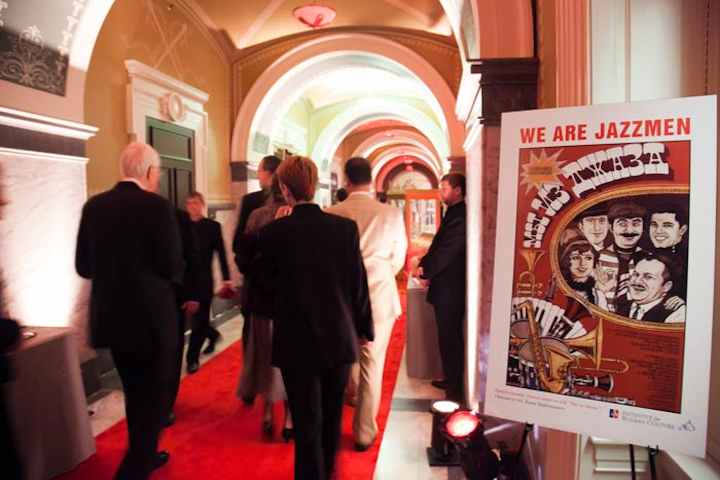 Sandi Hoffman displayed movie posters for the night's film in the hallway that led guests to the theater.
Photo: ImageLink Photography 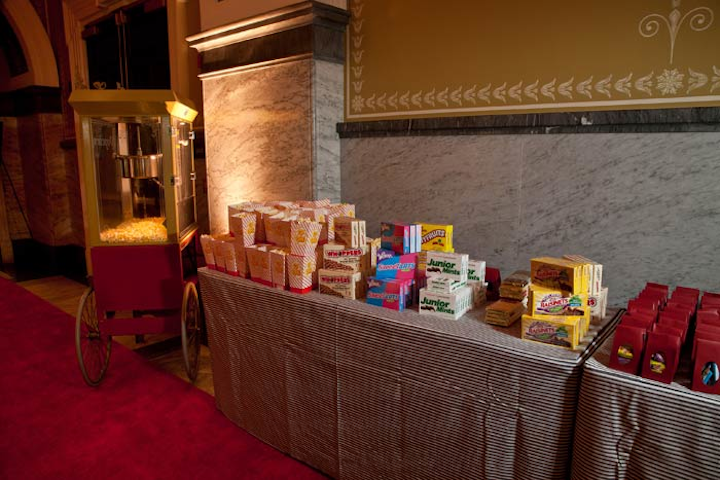 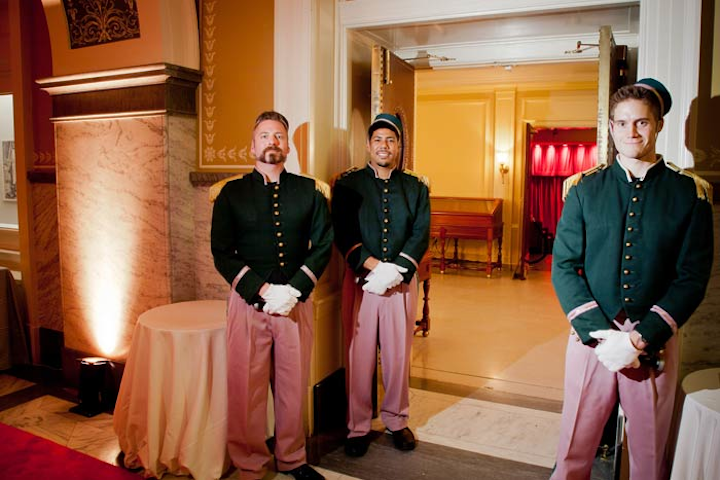 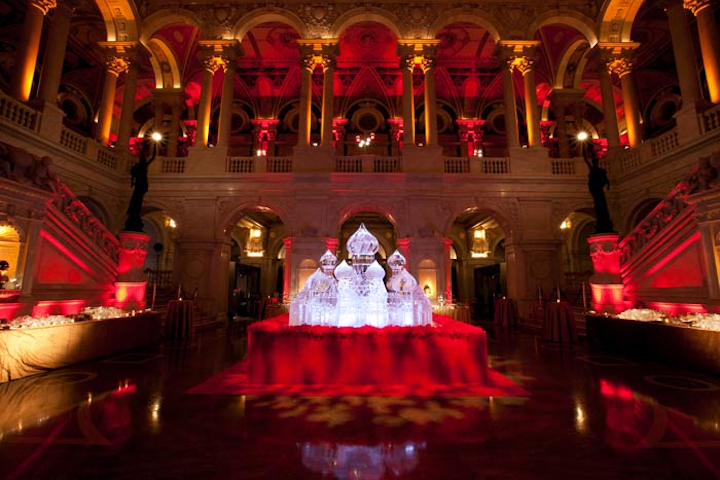 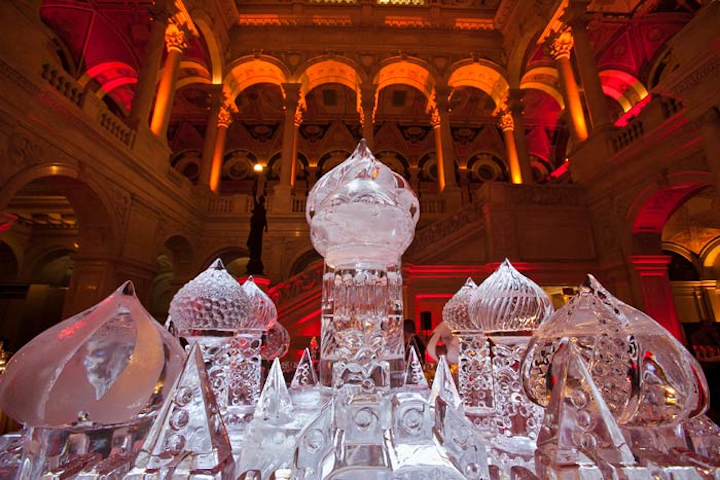 A large 14- by 12-foot ice sculpture of Russia's signature dome architecture seen on St. Basil's Cathedral and the Onion Dome served as the centerpiece of the dessert reception.
Photo: ImageLink Photography 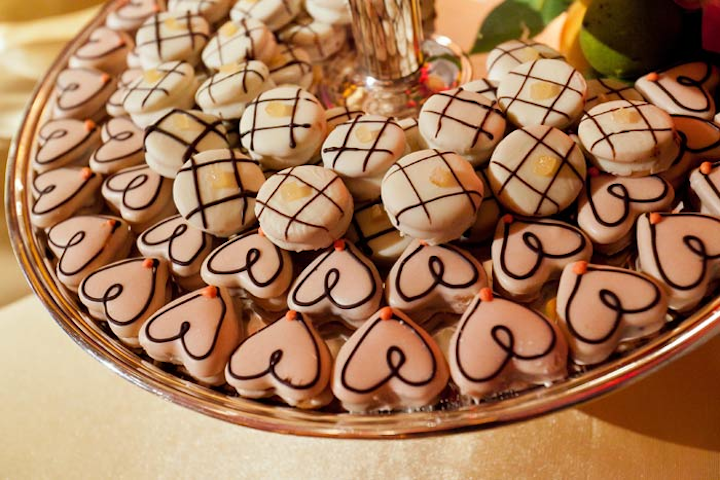 Occasions brought out more sweets for the dessert reception after the movie.
Photo: ImageLink Photography 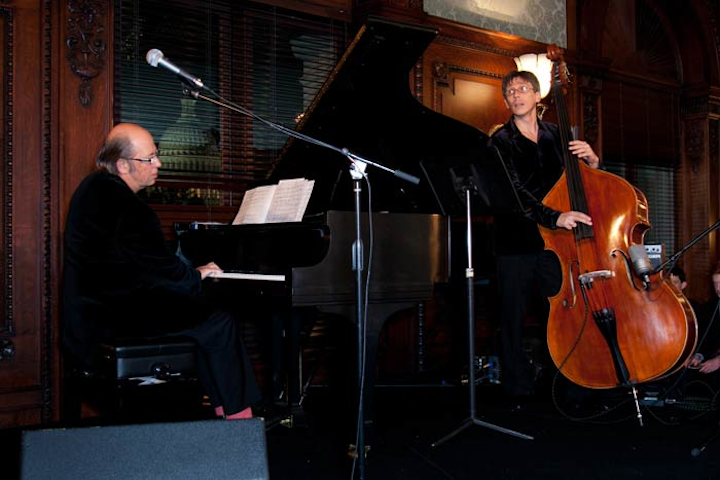