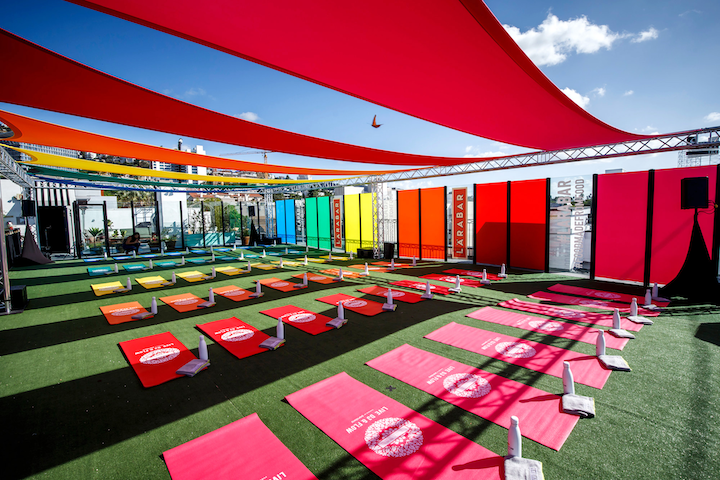 Energy bar company Lärabar teamed up with Pandora to host a music- and wellness-focused event on September 29 at Palihouse West Hollywood. The rooftop event was intended to showcase how both music and healthy eating fuel people's lives; the gathering offered healthy snacks and yoga, meditation, and dance classes, all accompanied by a live DJ. Producer Stoelt Productions designed the rainbow-colored event, which was inspired by the different Lärabar flavors; six glass panels were covered in colorful translucent vinyl, while six custom shade sails provided sun protection for guests.
Photo: Paul McKelvey/Vero Image

In Case You Missed It
We took a look inside FX Networks' truly terrifying overnight experience for American Horror Story: 1984. This week, we also released our annual list of the Top 100 Events in the United States—did your favorite local event make the cut? 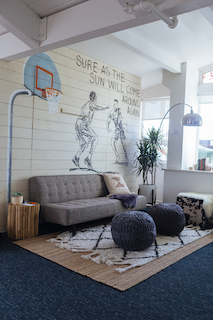 A suite at Red Bull's Halfcourt HotelPhoto: Dorian Hill
In conjunction with the Red Bull 3X Los Angeles basketball tournament in Venice Beach, the brand hosted a pop-up takeover of the Hotel Erwin on September 28 and 29. The hotel was rebranded as the "Halfcourt Hotel," and featured murals, photo galleries, and a gift shop from local artists. Two invite-only suites had basketball-theme decor and artwork. The takeover was executed by creative firm and magazine publisher Franchise.

In the News
Famed opera singer Plácido Domingo has resigned as general director of the Los Angeles Opera after allegations of sexual harassment. Los Angeles Times: “'Recent accusations that have been made against me in the press have created an atmosphere in which my ability to serve this company that I so love has been compromised,' he wrote in a statement provided to the Times. 'While I will continue to work to clear my name, I have decided that it is in the best interests of L.A. Opera for me to resign as its general director and withdraw from my future scheduled performances at this time.' ... Los Angeles Opera responded by thanking Domingo, who has been general director since 2003."

A Mean Girls-theme pop-up called Fetch will open in the former Joan's on 3rd space in Santa Monica in November. Real estate firm Festival Companies Inc. and Rixton Productions, an event production company responsible for BrunchCon, will produce the pop-up, which is not affiliated with the movie or Paramount Pictures. The Hollywood Reporter: “The food and cocktail menus are still in development, though a bar will be available with Mean Girls-theme drinks for sale, potentially including the She Asked Me How to Spell Orange Twist with vodka and other references to Swedish Fish and Toaster Strudels. … Although the pop-up is not open on Wednesdays, the suggested dress code is still pink, of course. The Mean Girls soundtrack will be played throughout the space, which will be decorated like the school cafeteria.”

Beloved Santa Monica video store Vidiots, which closed in 2017, has announced plans to reopen in Eagle Rock. Los Angeles Magazine: "In fall of 2020, Vidiots will relaunch as a video store and repertory movie theater at the 90-year-old Eagle Theatre on Eagle Rock Boulevard. ... Expect film screenings and series curated by both outside and in-house programmers, food and bev collaborations, and, most importantly, the return of Vidiots’ 50,000-plus collection of DVDs and rare VHS tapes for rental."

Surprise Event Metric of the Week
Almost $200,000: The amount of money raised in less than 30 minutes during the live auction at the Habitat for Humanity of Greater Los Angeles Builders Ball. The City National Bank-sponsored event took place at the Beverly Hilton on September 27, and raised more than $900,000 total. AECOM, Thrivent, and the Los Angeles Rams were honored, and the Pointer Sisters performed. 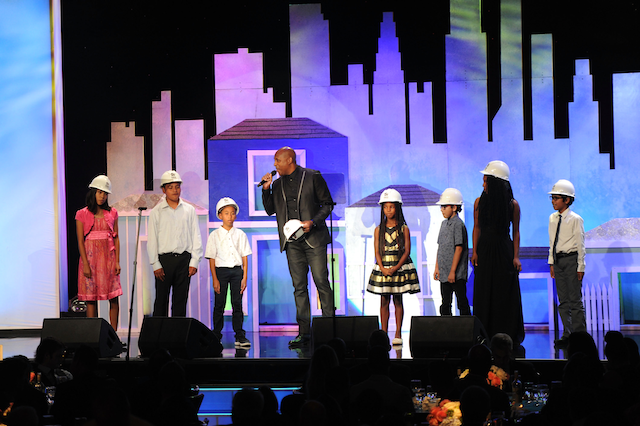 The Staples Center is now the first arena to partner with Mixhalo. The real-time audio platform allows attendees to control their audio experience through headphones and a mobile app; live translation into other languages is also available. "Imagine watching basketball and hockey with live, crystal-clear play-by-play in your ear, hearing front-row sound in the last row or selecting a specific mix at a concert. That is a Mixhalo-powered experience," explained Mixhalo C.E.O. Marc Ruxin in a press release.

Overheard
"It's such an amazing thing for me to be here today. ... We all know children are our future, so let's continue to help them."

—Chef, restaurateur, and caterer Wolfgang Puck at Save the Children's first West Coast benefit, a celebration of the nonprofit's 100th anniversary held on Wednesday night at the Beverly Hilton. Puck spoke candidly about being a beneficiary of Save the Children while growing up in post-WWII Austria; he was placed on a train to England where the organization assisted with meals and sports. Other event speakers included Oprah Winfrey, Bob Iger, Jennifer Garner, and Rachel Zoe.

On the Scene
For a Murad Skincare activation at the Westfield Century City, Treehouse Fabrication built a summery, photo-friendly wall filled with greenery, florals, and colorful fruit.

Also on Saturday, E! and PopSugar are hosting the immersive E! True Hollywood House to celebrate the return of the E! True Hollywood Story series. The one-day event at the House on Sunset offers a behind-the-scenes look at the show's new season, and will include a mock red carpet, a series of themed rooms, and giveaways.