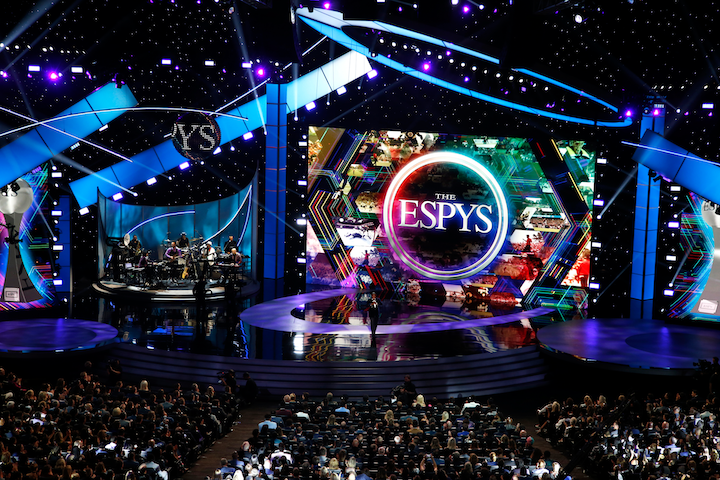 In Case You Missed It
On bizbash.com this week, we explored more smart strategies for virtual events—including tips for event speakers, creative ways to integrate sponsors, new ideas for event entertainment, and more. What topics should we tackle next? Email us! 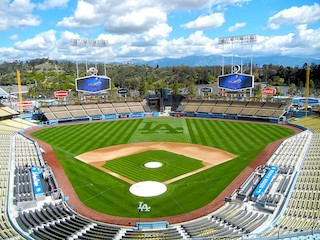 Photo: Courtesy of Dodger StadiumVenue Buzz
On Tuesday, Los Angeles opened its largest COVID-19 testing site at Dodger Stadium, which will allow as many as 6,000 people to be tested daily. The Los Angeles Fire Department and Sean Penn's nonprofit CORE are overseeing operations.

The Anaheim Convention Center has announced plans to become the largest exhibition facility on the West Coast to receive the Global Biorisk Advisory Council STAR accreditation. (Read more about the accreditation here.) “Earning this accreditation is one of many proactive steps our organization and the city’s convention center have taken to ensure our meeting venues are ready to safely reopen and welcome back visitors,” said Jay Burress, president and CEO of Visit Anaheim, in a press release. “Health and safety remain our top priority in Anaheim, and we want to ensure our convention center is certified to handle outbreak and infectious disease preparation and response.”

Following suit with venues such as the Hollywood Bowl and the Ford, the Greek Theatre has canceled its 2020 season.

In the News
Artist and activist Warren Neidich has launched "Drive-by-Art (Public Art in This Moment of Social Distancing)," an outdoor exhibition featuring nearly 130 local artists. Los Angeles Magazine: "Neidich, inspired by the emergence of drive-by birthday parties, graduation celebrations, and baby showers, began to apply the rubric of the drive-by experience to art engagement. ... The Los Angeles exhibition [runs] two consecutive weekends, one focused on the Eastside (May 23-25), the other centered on the Westside (May 30-31), with Western Avenue as the dividing line. The works are typically presented at artists’ own homes and studios, on their lawns, projected on the sides of their houses, even exhibited in their mailboxes."

Justin Combs, the 22-year-old son of Sean "Diddy" Combs, has teamed up with Two and a Half Men star Angus T. Jones and fellow UCLA grad Kenechukwu Orjioke to launch Tonite, a Los Angeles-based multimedia and event production company. Billboard: "'Early on, the idea is to produce and host these private, more exclusive events as they are not as capital intensive, more manageable from a logistical and operational standpoint, and allow us to create an identity behind our brand,' [said Orjioke.] ... 'The idea is to get people back to the point where they are more focused on having fun and less about being on their phones—it’s something that we hope is better felt than said.'" 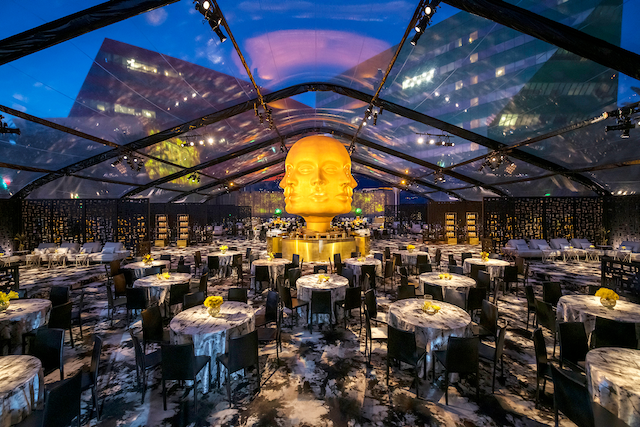 In 2019, HBO's 2,000-attendee Emmys party was held at the Pacific Design Center and produced by longtime collaborator Billy Butchkavitz Design. The event had an "HBO Nightclub” theme, drawing inspiration from the works of photographer Helmut Newton and artist Bjorn Wiinblad.Photo: Gabor Ekecs

Spotlight On
On May 23, the temporarily-shuttered Hollywood Bowl opened for a one-night-only surprise performance. Part of WME partner Richard Weitz's Zoom concert series dubbed "Quarantunes," which has drawn more than 100 high-profile artists in the last two months, this week saw organizers feigning a technical glitch—before revealing that the hosts were actually on stage at the iconic venue.

Also on stage at the empty 17,500-seat auditorium was L.A. Philharmonic conductor Gustavo Dudamel along with the orchestra's trumpet section, which performed the theme from Raiders of the Lost Ark. Other guests (who stayed at an appropriate distance) were Mayor Eric Garcetti, Hollywood Bowl CEO Gail Samuel, and musician Kenny Loggins, who performed with two bandmates. Pop star Billie Eilish and actor Kevin Bacon also appeared from their homes.

Over the course of 10 shows, the concert series has raised more than $3 million for nonprofits during COVID-19; this week's funds went to Youth Orchestra Los Angeles and No Kid Hungry.