In Wake of Pulse Shooting, Gala Strikes Balance Between Somber and Celebratory

The Headdress Ball honored victims of the tragedy while also maintaining some of the razzle-dazzle it is known for.

Long before a shooter stormed Pulse nightclub in Orlando on June 12, killing 49 people and injuring more than 50 others, the Hope and Help Center had selected “Love” as the theme for this year’s Headdress Ball, held September 17 at the Orlando World Center Marriott. The event is the largest annual fund-raiser for the nonprofit, which provides support and services for people infected with and affected by H.I.V./AIDS around Central Florida. For years, the gala has been known by its tagline of “Orlando’s Most Outrageous Black Tie Event,” but this year organizers opted to tone down the mood to give proper recognition to the tragedy and to those dealing with H.I.V./AIDS.

“We knew that was going to be a difficult task, but I think the end result is it was tastefully done," said Joshua Myers, Hope and Help Center’s community development director. "The majority of the people I spoke with thought we did a good job of creating an opportunity to relax and have a drink, but also recognizing the seriousness of H.I.V. and recognizing the L.G.B.T. community and the tragedy that has happened in the city of Orlando."

Now in its 27th year, the gala began with a pre-party in what organizers dubbed the “Love Lounge,” filled with red lighting and decor and logo gobos on the walls. From there, guests moved into the ballroom, where chocolate-heart centerpieces decorated round tables for more than 1,000 guests.

While some of the entertainment was similar to past years—such as scantily-clad dancers, acrobats, stilt walkers, and performers in drag—the traditional parade of elaborate headdresses was not part of the program. “This year, we became less of a pageantry show, and we really focused on trying to hit home our core message that this is a fund-raiser, not just an event, and funds are really going to help the hundreds of clients that we have,” Myers said. To personalize that message, four people who have benefited from the center’s services told their stories from the main stage.

The show did include one special headdress that produced the night’s most emotional moment. Created by Lori Warren Designs on behalf of Keep Orlando Beautiful, the piece was intended to honor the Pulse tragedy and was made from materials such as fabric from uniforms of first responders and up-cycled items inspired by tributes left at the memorial sites.

Gala sponsors included Central Florida Publishing, Disney, Zebra Coalition, Quest Diagnostics, and Walgreens. In addition to ticket sales and table sponsorships, the event raised funds through a silent auction, live auction, and with cash collected by some of the dancers. Organizers are still totaling the proceeds, but at the close of the event, it was announced that total funds raised were an estimated $400,000. 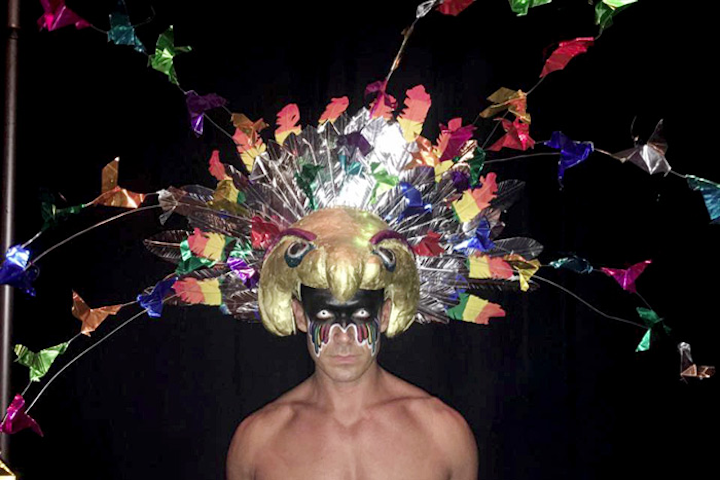 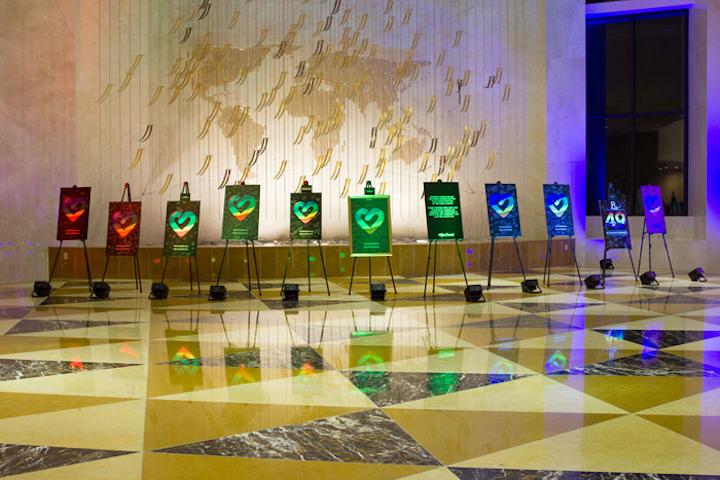 In the wake of the Pulse shooting, Marriott Hotels around the world displayed “Orlando Strong” posters signed by hotel staff, as part of the brand's #LoveTravels campaign. At the gala, these posters were displayed outside the ballroom entrance.
Photo: Kayla Hernandez for BizBash 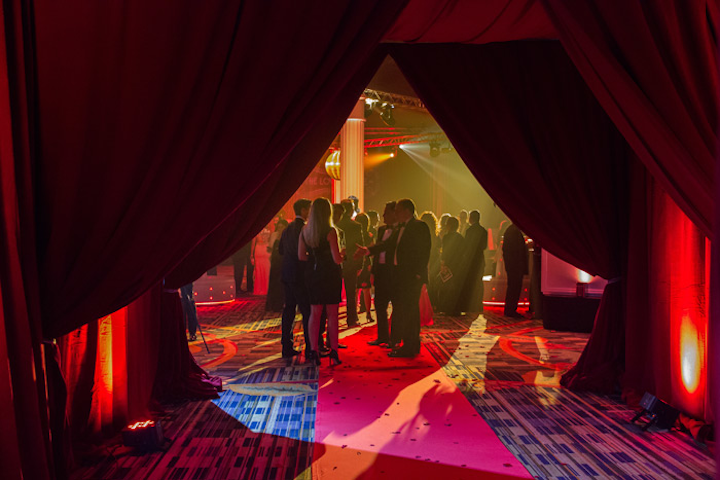 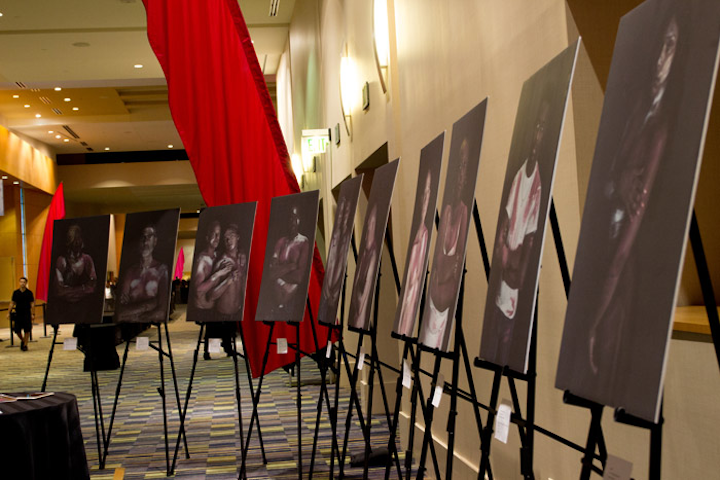 Posters from the “I Am H.I.V.” national photo campaign were displayed near the gala’s entrance. The campaign is working to end the stigma of H.I.V. by giving a face to people living with the virus and their family and friends.
Photo: Kayla Hernandez for BizBash 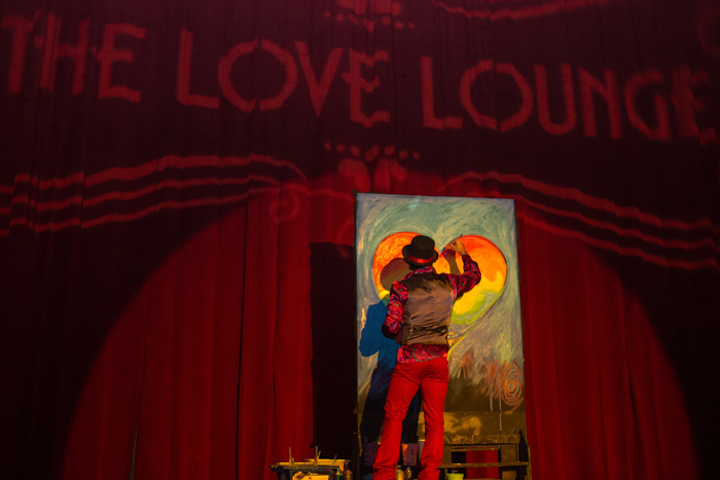 Organizers dubbed the V.I.P. lounge the "Love Lounge," and incorporated red decor, red lighting, and a painter who created a rainbow-colored heart during the event.
Photo: Kayla Hernandez for BizBash 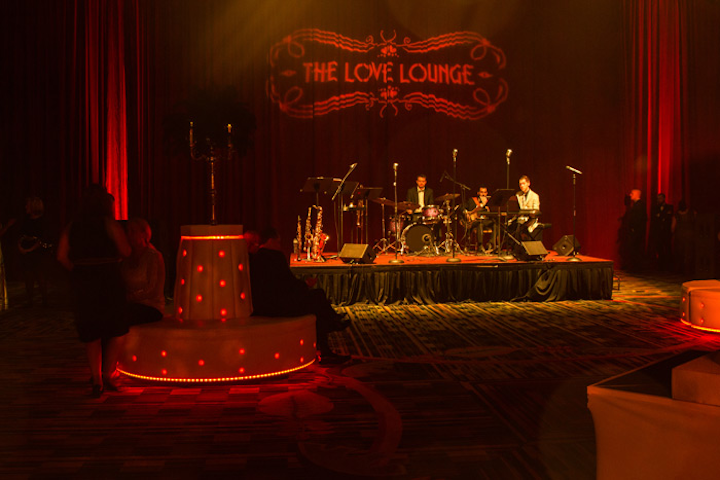 Off the Record, a jazz band from StarStudded Productions, performed in the V.I.P. lounge.
Photo: Kayla Hernandez for BizBash 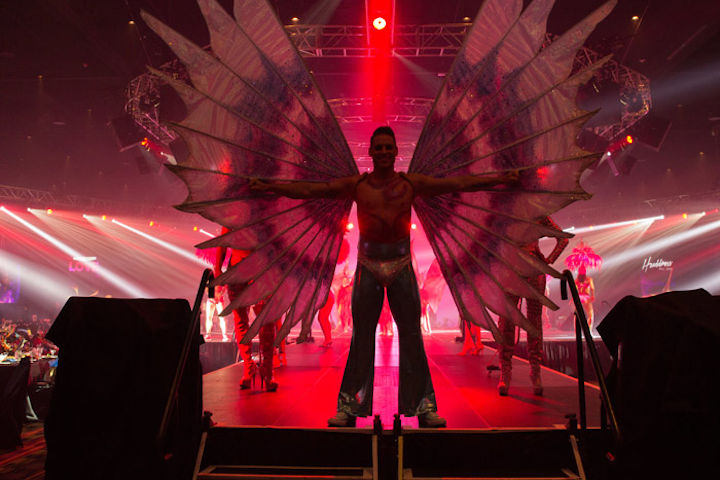 A variety of elaborately costumed entertainers performed on stages around the ballroom as guests arrived.
Photo: Kayla Hernandez for BizBash 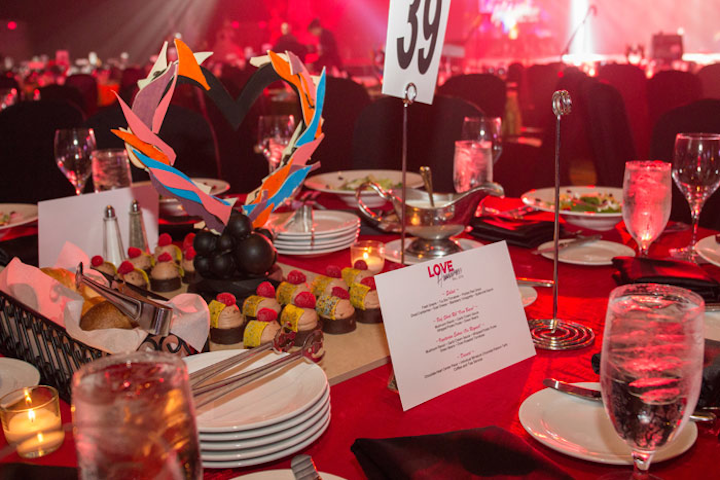 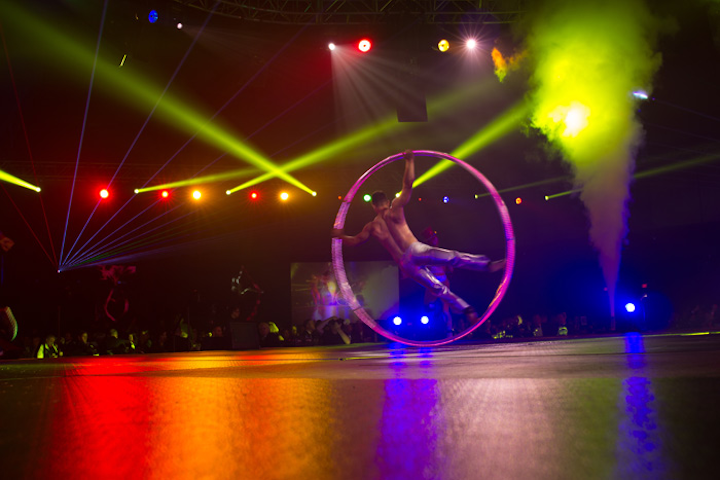 Rainbow-colored lighting filled the ballroom as a variety of acrobats and dancers performed on the main stage and several smaller stages around the perimeter.
Photo: Kayla Hernandez for BizBash 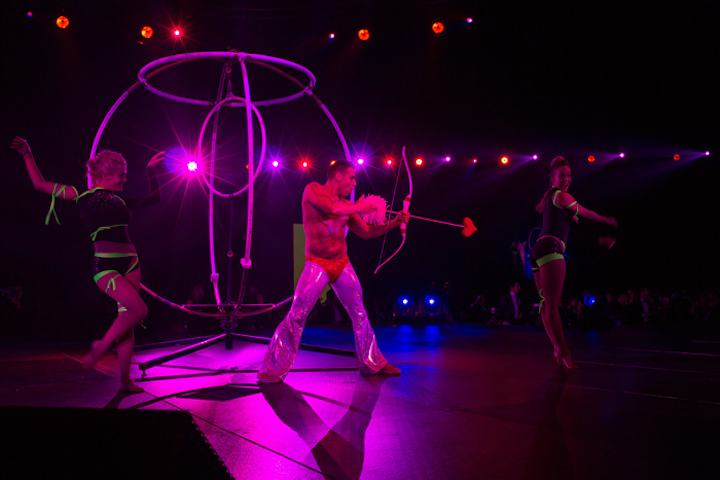 Entertainment was continuous throughout the gala, with the theme of "Love" woven into it through lighting, songs, and costumed performers such as Cupid.
Photo: Kayla Hernandez for BizBash 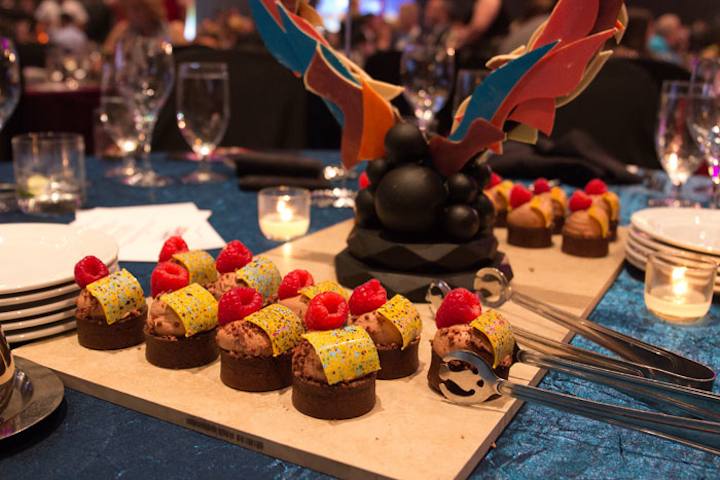 For desserts, guests enjoyed individual servings of chocolate tarts with passion-fruit curd filling. The curved yellow square on top was made of white chocolate colored yellow and painted with a variety of bright colors.
Photo: Kayla Hernandez for BizBash
More in Orlando / Central Florida