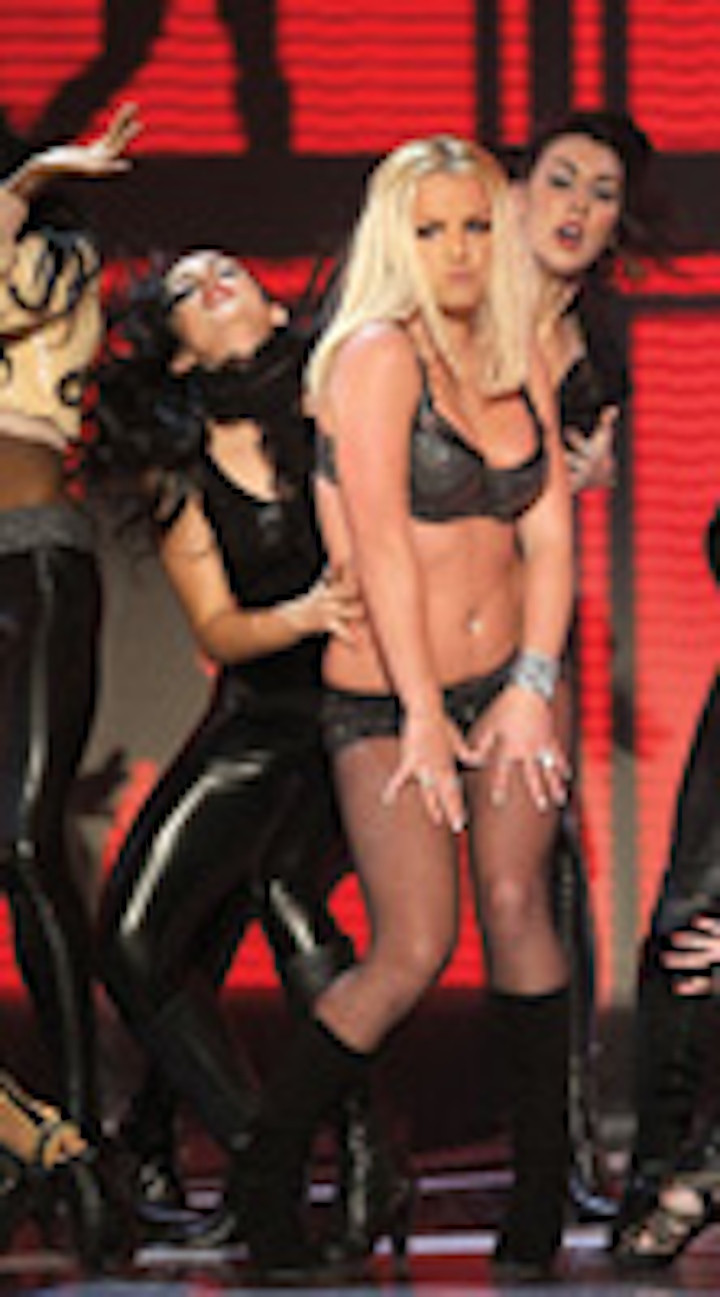 Since the MTV Video Music Awards debuted in 1984—with Madonna writhing in a wedding dress—they have become a highlight of the network’s programming, providing some iconic performances and an end-of-summer gauge of the pop-culture barometer. The V.M.A.s attracted as many as 12 million viewers as recently as 2002, its largest audience ever.

But ratings have mostly fallen each year since, down to a low of fewer than six million viewers in 2006, despite efforts to juice the excitement level by moving the proceedings from their traditional home in New York to Miami in 2004 and 2005. (The show has also made eight stops in Los Angeles over the years.) Last year’s stint in Las Vegas, with its highly buzzed-about performance by a dazed-looking Britney Spears, brought ratings up slightly, to seven million, but news coverage and online commentary focused on production misfires, awkward pacing, and underwhelming performances.

So how can the V.M.A.s redeem themselves? We asked a group of busy planners and industry insiders (some of whom have worked with the network in the past) for their suggestions.

(Note: Our experts offered these tips before we reported that MTV is expected to take the V.M.A.s to the Shrine Auditorium Los Angeles September 7.)

Where should MTV hold the V.M.A.s?
“It’s tricky. The current traveling nature of the show seems pretty smart because it fits with [the touring nature of] the music industry. But you’ve got a television award show format, which is the antithesis of the industry and the demographic they’re trying to cater to. Maybe it should be more of a concert event, like Lollapalooza. Make it something that isn’t just for V.I.P.s and the A-list. Reinvent the idea of a live award show by letting the demographic you’re trying to reach actually go. I would find it more compelling if it were outside and accessible to the masses that listen to pop music. If it’s in the L.A. Coliseum, that can fit 100,000 people—it can be like a Live Aid concert.

“It all goes back to the heart and soul of a live rock ’n’ roll show, which is all about a spectacle. There’s nothing spectacular about a three-hour-long televised award show. What MTV did in Las Vegas, with the performances in suites and small clubs, must have been great for the people in those rooms, but for the televised audience, it was just bad execution.

“Expand the performances and contract the speeches. Make the driving force of the show this huge concert, and intersperse it with awards and speeches. Make the lineup a surprise, but cater it somewhat to the awards that are being given out. Look at all the trouble the record industry has been having—what a live event like that could do is knock a lot of birds with one stone.”
—Michael Brown, creative director, Lot 71, New York

“They need to build a solid foundation from a venue perspective. Try to incorporate some events that would lead into the show rather than break it up. That year that Eminem showed up outside Radio City and walked in—that created an ancillary impact. Everyone thought, Wow, they just did that. In Vegas, it was, Wow, they did not just do that. It was nice to see the show in Miami and Las Vegas, but I don’t necessarily think it needs to go to such a tertiary market. Logistically, for talent and all the marketing that’s involved, it should be produced in L.A. or New York.”
—Matt Stoelt, principal, Stoelt Productions, Los Angeles

How would you produce the show?
“I think they should go back to the basics. It’s not always about reinventing the wheel. They don’t need to reinvent the wheel. Keep a targeted, direct presentation, and don’t move around so much. There are all these people in one location, so just stay in that place for two or three hours and sit tight. Nobody wants to see someone presenting an award in the parking lot.”
—André Wells, producer and planner, Events by André Wells, Washington, D.C.

“There seems to be performance after performance and no more actual awards. At some point they tend to blend together. It’s time for MTV to switch it up. There has to be a mandate that each performance be unique to the show itself. No more repeat award-show or tour performances; rather, [everyone should do] special one-of-a-kind acts. Let’s make each act perform another nominee’s song. Let’s see performers join together for special duets that we can’t see anywhere else. Let’s actually go back to surprises. At the end of the day, everyone is looking for something new, something raw, something different, and something that will leave us talking. We want something better to say than ‘How bad was Britney?’”
—Bruce Starr, branding and content guru, BMF Media, New York

“Shows work much better when performances cross all genres. Stage collaborations between nominated artists—not so much for promotional purposes but to celebrate music. Focus on what happens in the room and not in the eye of the camera and that helps you. It’s important with any award show to keep it concise and tight. Treat it no differently than a major sporting event. It’s a live event and not staged. Sure, most award shows are rehearsed, and most of it is scripted, but the reality is that it’s a live event just like live theater. It’s the moment where things don’t exactly follow the plan that people become most interested. And by truly focusing on that and allowing for more of those experiences, it can become a little bit of a wild card.”
—Neil MacNeil, principal and general manager, Mediaco, Edmonton, California

“MTV used to be the snarky, subversive voice on TV, but now it’s an institution. It’s your mother’s music channel. To come back from this, they need to take chances in absolutely everything they do. They should feature performances from artists that people aren’t expecting. Don’t give the audience what they think they want, because you need to surprise people.

“I think they need to take chances with the physical stuff, too. When Pilobolus performed at the Oscars, making shapes with their bodies for each of the nominated films, that got people talking. There needs to be something like that. While the different acts are performing, they need to incorporate other performance art like martial arts, acrobatics, and others. Different kinds of talent will add variety to the musical lineup.

“When you see the audience looking at the stage, they’re very different tribes. It’s hard to showcase music that’s going to bring the hip-hop crowd and the glossy pop-band crowd  together. As music has fragmented, I think MTV has had a greater challenge, but there are commonalities. Youth does share certain attributes. Regardless of the demographic, they’re attracted to energy, risk taking, and stuff that breaks the mold. MTV used to own that, and they need to get back there.”
—J.B. Miller, co-president and co-founder, Empire Entertainment, New York

“First, the host should be the host of the moment, Ryan Seacrest, and they should hold it at the Kodak Theater in Los Angeles. That will have the target audience interested, the way American Idol gets good ratings. Begin the show with a showstopper showdown of Mariah and Madonna, and then iconic celebrities from the past year, from both Hollywood and hit reality shows, can present and perform. Finally, spice up the production with spoofs of the past year’s movers and shakers by the Saturday Night Live cast.”
—Jeffrey Marcus, president, JMVisuals, New York

How would you market the show to get a larger audience?
“It’s about viral marketing. They need to get kids out there in all the major markets talking to each other about the V.M.A.s. They need to be utilizing every available communication tool, from Facebook and MySpace to chat rooms and text messages. They need to get DJs spinning in clubs with VJs, hosted by ‘MTV’s V.M.A. squad.’ Get the nomination process out in front of the world. Align some stars of television and film attached to high-profile events that are featured on all the major networks and media at which these VJs are spinning all the latest and greatest stuff.”
—Erick Weiss, president, Honeysweet Productions, Los Angeles

“We’re an overstimulated community. They’ve got to make everyone happy, from advertisers to viewers. The challenge is to come up with something that is new and different. If you can’t, do something that’s already been done, but do it well. Sometimes you can tell when these shows try too hard because someone was overcomplicating something that didn’t need to be. If you want to stand out with an audience, make sure there’s a performance that people are going to be talking about.

“Most award shows are too long; I think that’s a problem. People are aware of that, and it’s something that most shows need to rethink. By tightening it up, producing memorable experiences, and limiting a lot of the boring dialogue, you create something that moves the audience, whether it’s [evoking] an emotional reaction or just showing them something they’ve never seen before.”
—Virginia Fout, owner, V Productions, Los Angeles

“They need to hit all of the demographics by attracting a wider variety of presenters and performers, not just the mainstream. I remember how they used to mix performances of new artists with more established ones. That is unique and motivating. It makes you think that music really does transcend all barriers. Rather than trying to have too many gimmicks, strip it down and focus on the talent and appealing presenters.”
—Marcy Manley, partner, WPI Event Partners, Chicago