What Were the Hits and Misses of Meetings and Events in 2014?

Industry pros weigh in on the successes—and flops—that they'll remember from this past year in events. 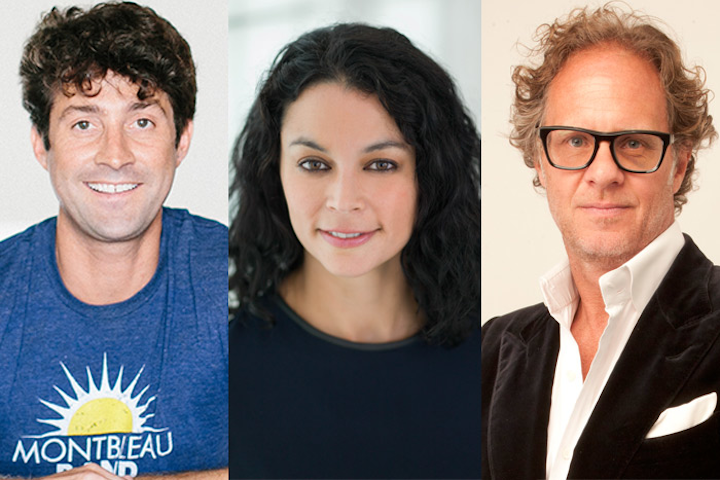 With 2015 around the corner, we asked industry pros to take a look back at the year in events and weigh in on the highlights. From the Super Bowl to Coachella, here's what stood out in 2014—for better or for worse.

"To me, some of the hits of Super Bowl XLVIII included Super Bowl Boulevard, a four-day fan festival on Broadway from 34th to 48th Streets visited by 1.5 million N.F.L. fans. And the 51-degree temperature at kickoff [was a hit], missing the game day complications of a major snowstorm by just hours. Of course, no event of this magnitude escapes misses. This year, the misses were the quality of the game from the very first snap of the ball, the long wait for trains to and from the stadium, and the massive day-after snow delays at the airports."
Frank Supovitz, president and chief experience officer, Fast Traffic Events & Entertainment, Merrick, New York [Full disclosure: Frank Supovitz was the senior vice president of events at the N.F.L. until June 2014.]

"I was in attendance in New York/New Jersey for Super Bowl XLVIII as the It Factor’s ‘Celebrity Shop’ division secured appearances for our clients during the week of the game. I have been on site at many Super Bowls over the last decade in this same capacity and we have noticed traditionally that the logistics have mostly been very well done. The game this year seemed to lack an identity as New Jersey was the host on paper but most events were held in the ‘Big City.’ This made transit a nightmare in a place where traveling around on any given Sunday is a challenge, to say the least. With the addition of one of the biggest sporting events in the world being hosted there, and with the dozens of coinciding events held every day, it made arriving to events in a timely manner basically impossible."
Natasha Borota, president and C.E.O., the It Factor Ltd., Toronto

"C2MTL stands out again as the premier business event. Beyond a mere conference, C2 does an amazing job blending A-list speakers with hands-on collaboration, resulting in inspiration and motivation for the attendees. And their ability and desire to continually change and evolve should serve as a blueprint to other organizers who all too often fall back on tired agendas and structures."
Scott Burns, executive creative director, Switch: Liberate Your Brand, St. Louis

"My favorite event trend is art activities. Instead of doing the humdrum 'influencer' dinner—which we are constantly asked to do—we have been coming up with fun, artsy activities for guests to participate in, in lieu of or prior to a brand dinner. For [wine brand] Ruffino, we made a pottery studio of the basement of restaurant Public and [guests] kilned wine-related items, such as trivets and stoppers, while they dined with hostess Elettra Weidemann. For Cointreau, we made a watercolor school at Soho House with stylist-turned-artist Kate Schelter, and guests enjoyed a passed dinner and drinks while they painted."
Nicky Balestrieri,  managing creative director, BMF Media, New York

"2014 was the year of the millennial. Connecting with this audience in meaningful ways at musical festivals seemed to be a theme. Innovation and personalization led the charge at the Coachella Music & Arts Festival, leveraging a first-time R.F.I.D. integration. And, iBeacons premiered throughout the South by Southwest experience. Other music festivals relied on epic music moments to make their events memorable to fans, from Dolly Parton's five-star performance at Glastonbury to Elton John’s 'Tiny Dancer' that brought the house down at Bonnaroo. All in all, music events seemed to rule in 2014."
Rachel Moreno, global director of experiential marketing, Spotify, New York

"The Toronto International Film Festival is the largest film festival in the world, attracting celebrities, media, and filmgoers from all over. An aspect of this year's event that was a definite hit was the new Festival Street, which turned King Street West into a pedestrian promenade of sponsorship activations, pop-up performances, and entertainment. It was a great way to really engage filmgoers in between screenings."
Janice Cardinale, owner, the Idea Hunter, Toronto

"The gold medal of [2014] campaigns and events, for me, was the controversial but bold move from Airbnb in sponsoring the 2014 NYC Marathon.
Signing up for a four-year sponsorship deal even though there are a lot of [controversial issues] around their business was smart to remind consumers and officials that they don’t give up easily—just like New Yorkers. Tying in an Instagram campaign using the #GoTheExtraMile hashtag also generated some incredibly heartwarming content that really lifted spirits. No doubt, the success of the Instagram campaign helped to compound their message to officials about the importance of Airbnb's role in the hospitality industry in New York. And, Airbnb had 10,000 reservations that weekend."
Toni Short, event director, BBC Worldwide, New York

"The Oscars deserve their own award for their strategic use of social media to increase engagement and viewership during the event. Specifically, the now-famous, star-studded selfie is a prime example of how communicating with an audience in creative ways on their preferred platforms can expand the dialogue—and even crash Twitter!”
Ryan Costello, C.E.O. and founder, Event Farm, Los Angeles

"Challenging our preconceived notions of an 'event,' the ALS Ice Bucket Challenge had the greatest global, social, and economic impact of any event or experience this past year. With over 215 million unique videos posted to Facebook and over $115 million raised to fight A.L.S., the Ice Bucket Challenge is the most epic event since Sir Bob Geldof’s 1985 Live Aid."
Scott Cullather, partner, Invnt, New York