The SAG Awards—which escaped picketing from the WGA—got a luxe metallic look to mark the 75th anniversary of the thespians\' union.

Irene Lacher
Any nostalgic movie lover can appreciate the glamour of old Hollywood—but no one loves it more than the Screen Actors Guild, which has traditionally asked event planners to evoke the spirit of the movie industry’s golden age come awards time. And with Sunday’s ceremony—the first big bash of this award season—marking the 75th anniversary of the thespians’ union, the watchwords for the evening were old-fashioned elegance and precious metals.

Technically, 75th anniversaries should be celebrated with gifts of diamonds. But gold, silver, and platinum are eye-catching, too, so for the 14th annual Screen Actors Guild awards at the Shrine Auditorium, SAG awards production designers John Shaffner and Joe Stewart designed a stage with a gold backdrop flanked by columns bedecked with gold and silver. Unlike the Motion Picture Arts and Sciences, which seats stars in an auditorium for the Oscars, SAG mercifully feeds its members during the proceedings. So SAG awards art director Keith Greco of Greco Decor was charged with coordinating his tabletop design, which he accomplished with classic golden place settings.Working with SAG’s executive in charge of production, Benn Fleishman, and awards event supervisor Andrea Wyn Schall of A Wynning Event, Greco dressed 86 tables that stretched as long as 18 feet in custom-made gold-on-gold-striped silk cloths accented with 1,100 black chiffon napkins, gold flatware, and gold-rimmed fluted white china chargers and glassware. Centerpieces of white orchids and roses and yellow calla lilies stayed true to the regal hue.

For Greco and Wyn Schall, the evening’s challenge lay in working within the union’s modest budget (the event also benefits the nonprofit SAG Foundation) and still creating enough of a spectacle for the show’s telecast on TNT and TBS. But at least the dinner was inside the waterproof Shrine—a major plus during Southern California’s rainy season. Click here to read about People magazine's tented after-party with the Entertainment Industry Foundation. 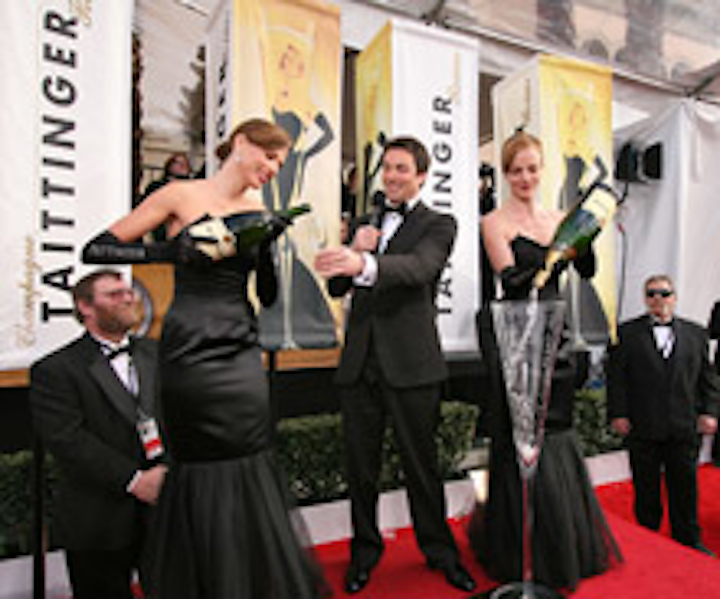 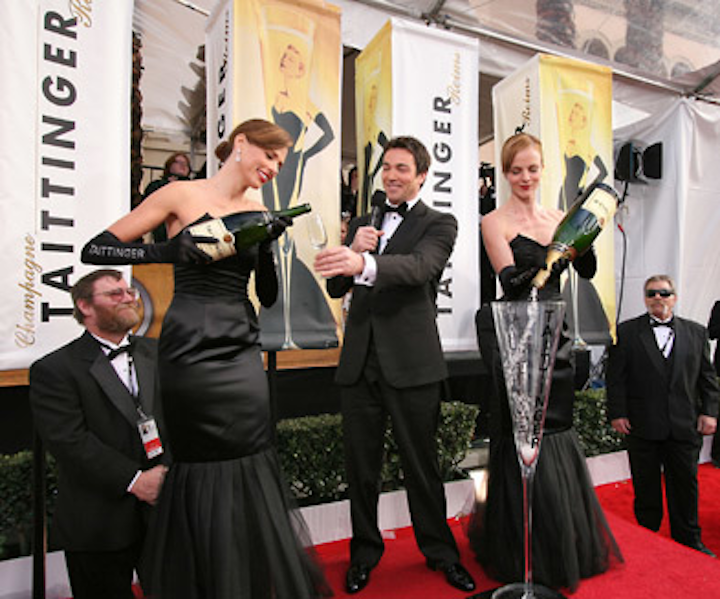 Taittinger staged a red-carpet stunt to kick off the awards.
Photo: James Sequenzia 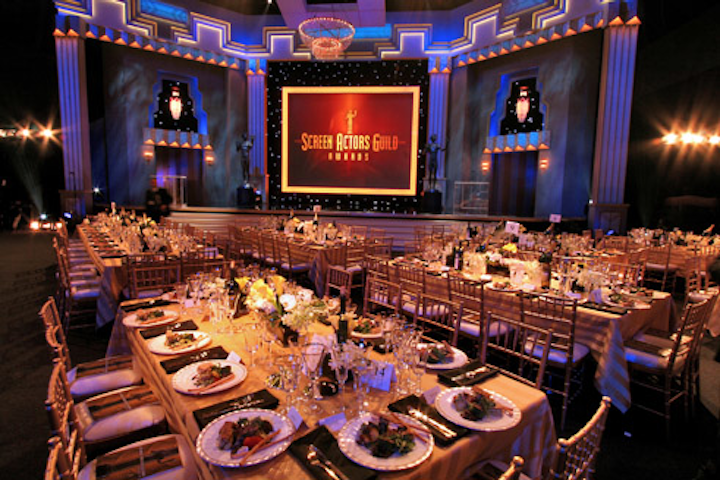 At the SAG Awards, unlike at the Oscars, guests dine during the ceremony.
Photo: James Sequenzia 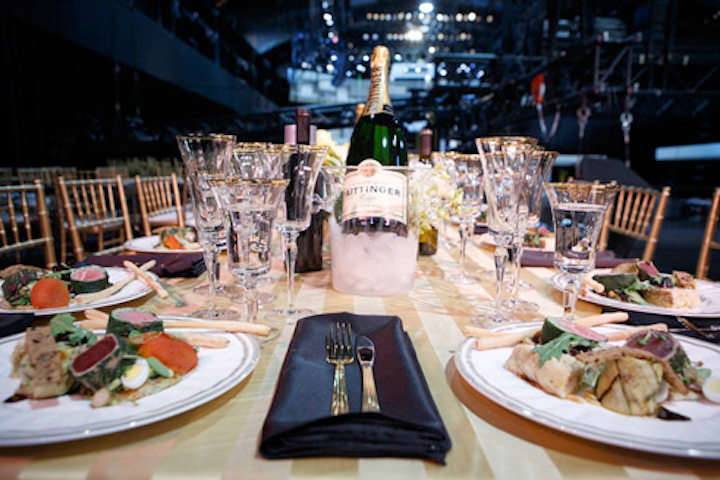 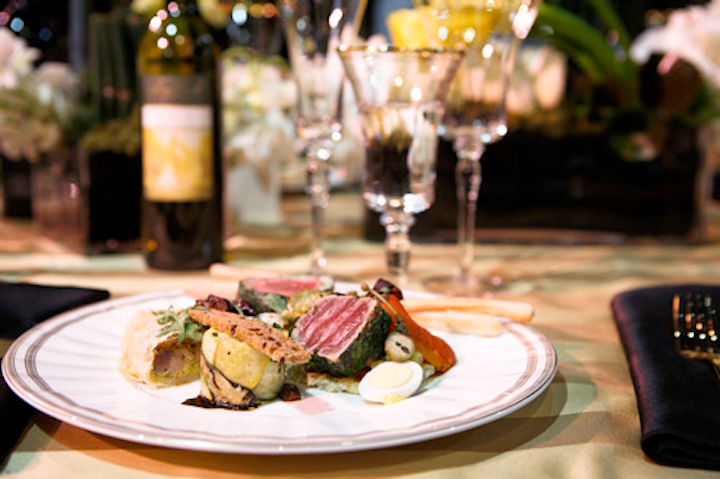 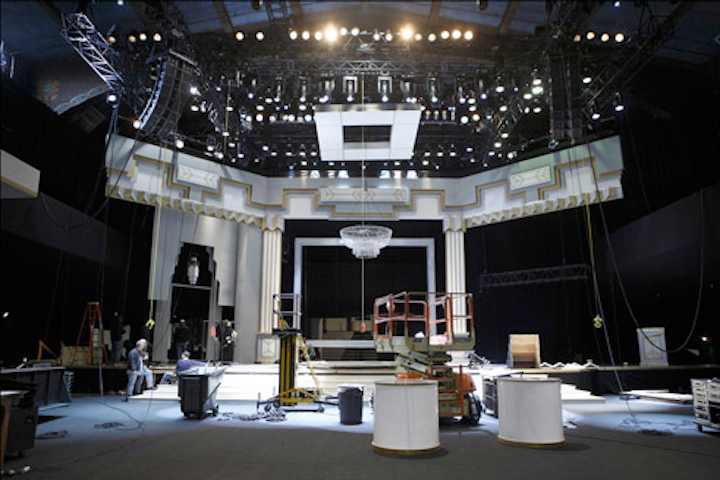 Crews worked on setting up the Shrine for the ceremony.
Photo: Alen Lin
More in Event Production & Fabrication