Us Weekly brought its annual Hot Hollywood party to New York this year, and the returning producer decided that pieces from her decor collection would follow suit.

Us Weekly’s annual Hot Hollywood party, like so many Los Angeles events, has always revolved around the red carpet and the trendiest venue. But for the party’s 2008 move to New York, the magazine took a decidedly different approach. Producers trucked in most decor from the West Coast to create a sponsor-infused lounge at Skylight on Tuesday night for the crowd of 850—which included the casts of Gossip Girl and High School Musical 3.

Making it their third Hot Hollywood partnership, the magazine—under direction of Wenner Media senior event marketing manager Keira Ford—tapped Cara Kleinhaut and her team at  Caravents to facilitate the party’s migration. “Going into a blank-slate venue,” said Kleinhaut, “we could really customize to the sponsors and their signature look and feel. Rather than deal with existing furnishings and just throwing pillows on them, we got to build it from the ground up. It's really satisfying."

Instead of doing that building with local rentals, Kleinhaut brought in the bulk of the decor from her warehouse in Los Angeles. Everything including couches, custom projections and flowers from California-based R. Jack Balthazar arrived by truck. The result filled the expansive room with 10 V.I.P. cabanas, positioned around the dance floor and an illuminated bar that shifted from Cîroc Vodka’s icy blue to Us Weekly’s signature lavender.

The size of Skylight gave Kleinhaut more workspace than she’s used to with Hot Hollywood, and that made the logistics of the gifting suite much easier to negotiate. “Normally we build out the swag suite between the carpet and the party,” she said. “We do it in a swanky, tented structure, but it's still in the parking lot.”

No parking lots necessary in New York (or typically available, for that matter). Producers positioned the gifting suite just after the step-and-repeat, and with the glut of space created more of a lounge environment for the V.I.P. guests to peruse than a congested runway of displays. Among the several sponsors present was Neutrogena, which offered a touch-up station for the stars before entry into the main room. Those stars included the magazine’s 10 Hot Hollywood honorees, upon whom Us bestowed such grand titles as “Quadruple Threat of the Year.” (It’s Ashley Tisdale, if you’re curious.)

Benefits and marketing weren’t just for the V.I.P.s, though. The heavily branded interior featured a showcase of a Saturn Vue hybrid, a Cîroc-sponsored bar, and two manicure stations set up by Hershey Bliss. And how might chocolate relate to nail polish? Confection-themed colors, of course. 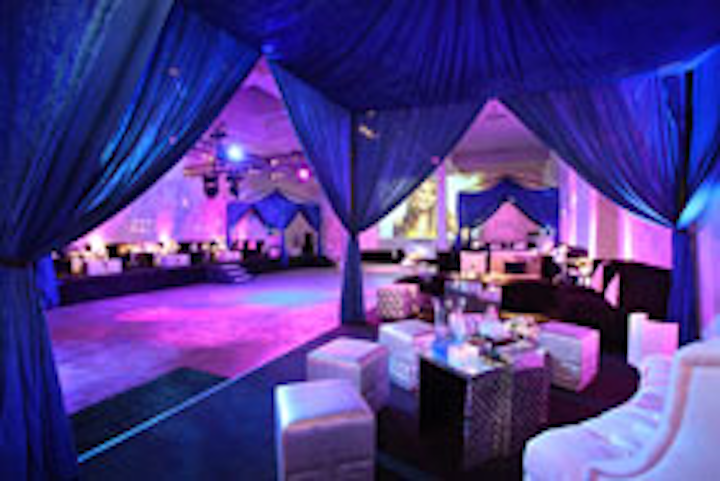 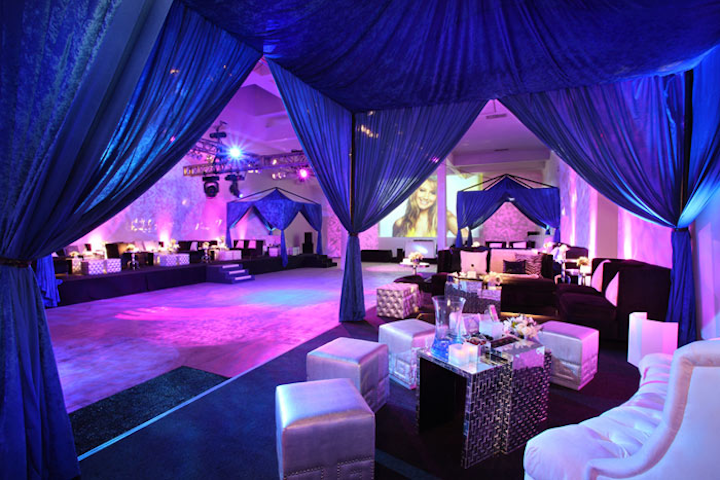 Rather than partition the V.I.P. areas from the rest of the crowd, the cabanas opened onto the dance floor.
Photo: Line 8 Photography 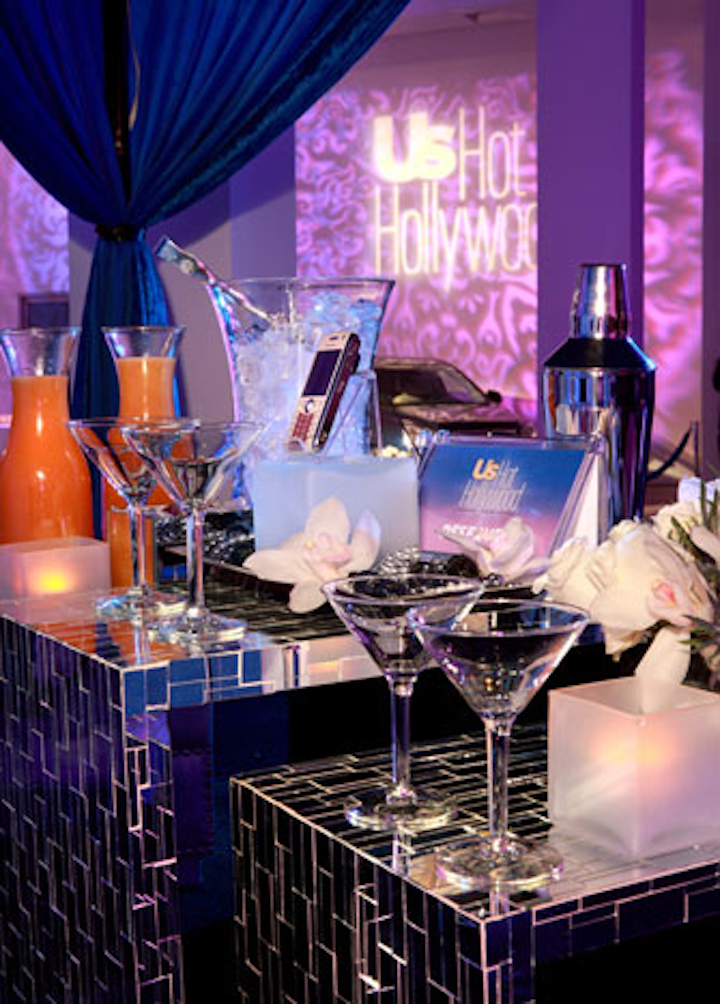 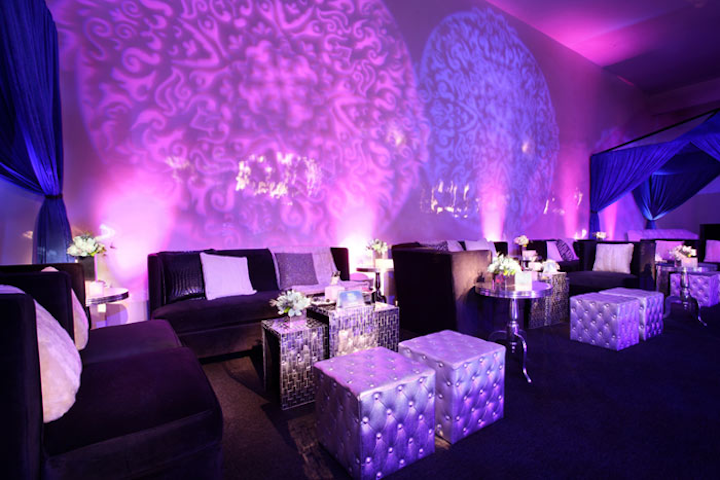 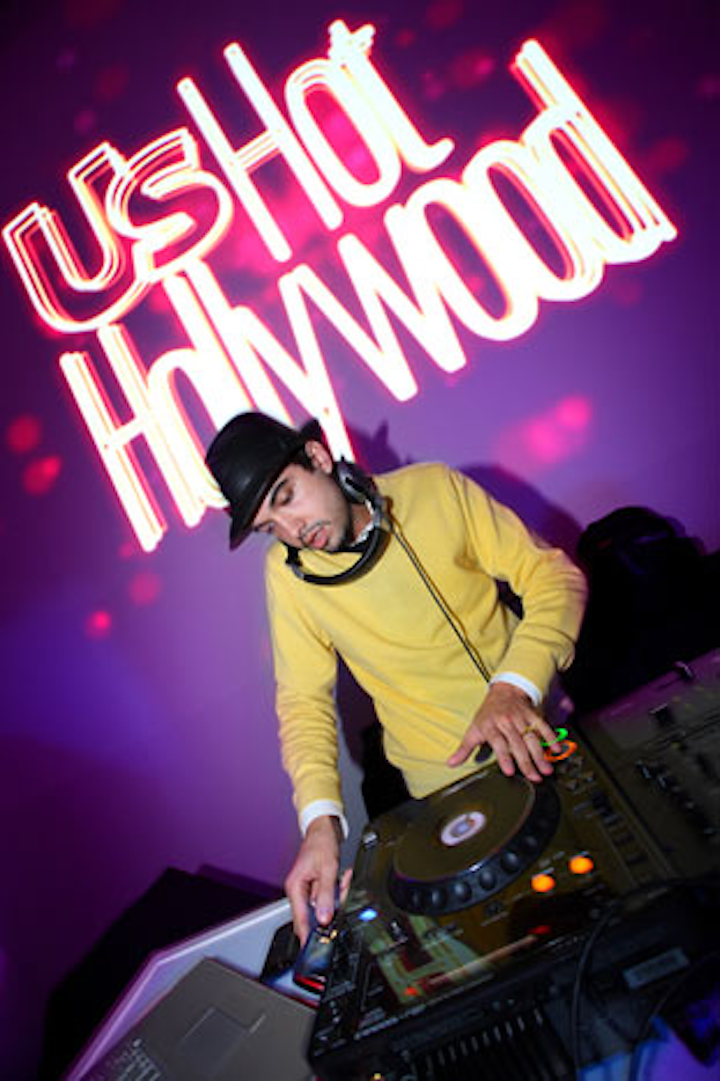 DJ Cassidy spun in front of the Hot Hollywood logo and under a 30-foot projection of current and classic Hollywood imagery.
Photo: Line 8 Photography 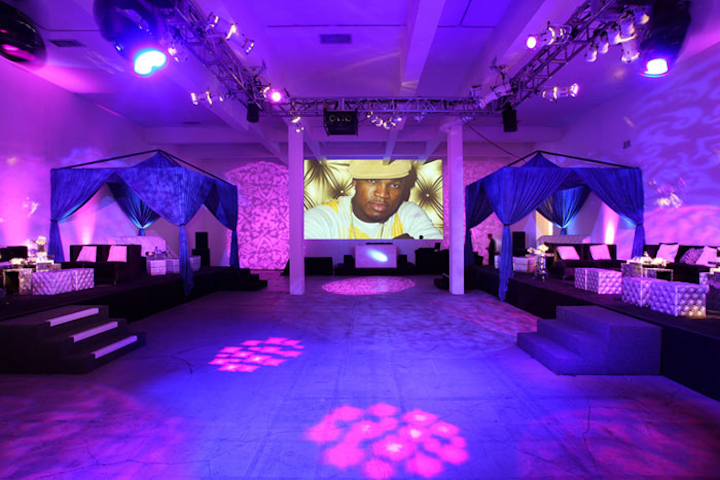 The projections, created and edited in-house at Caravent, contained sponsor logos, photos of the honorees, and images of classic Hollywood.
Photo: Line 8 Photography 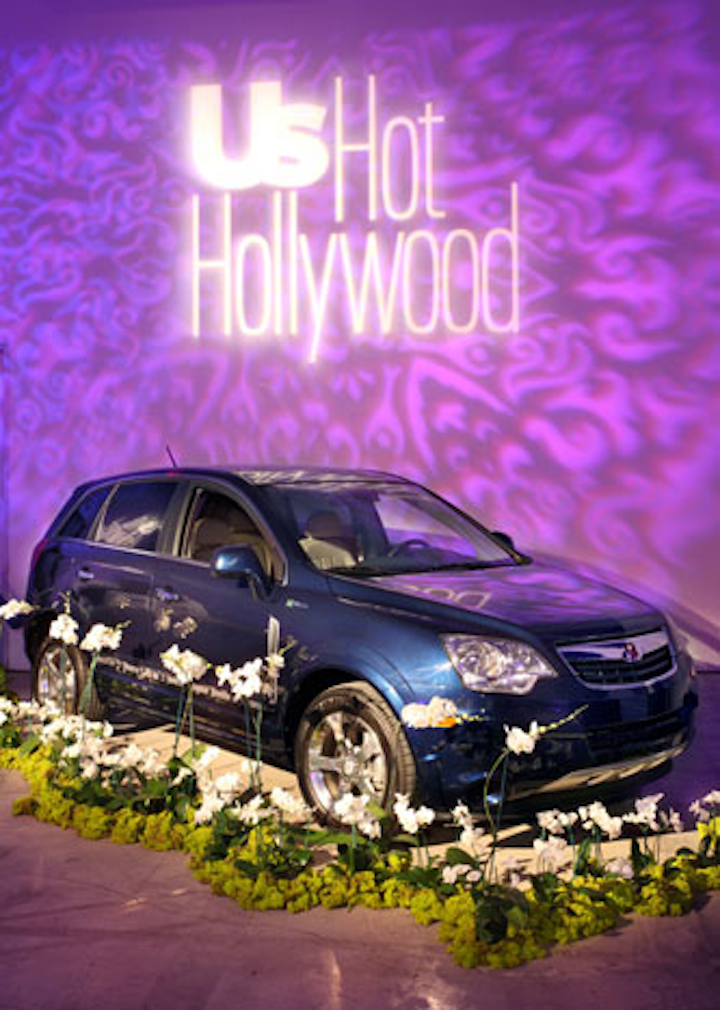 Bringing in a sponsoring automobile, like the Saturn Vue, isn't something Us Weekly could pull off in a Los Angeles club.
Photo: Line 8 Photography 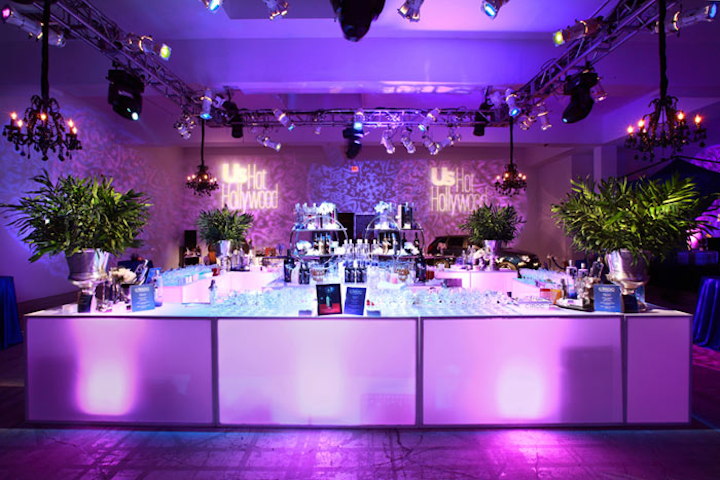