Entertainment Tonight brought its buzzy Emmy night party back to Vibiana on Sunday. Apart from shedding prior sponsor People to stand on its own on the step-and-repeat wall this year, ET stuck with its traditional format of Grammy-winning performer, notable chef, sponsored beauty lounge, and coveted gift bag. ET and The Insider executive producer Linda Bell Blue oversaw the party, with planning from the shows' communications vice president, Lisa Summers Haas. The internal team again tapped Bounce Entertainment, headed by Carleen Cappelletti, to produce.

Summers Haas said the return to Vibiana was locked down last year, and described the venue as "breathtaking" and having that "wow factor" that also looks good on TV—an important consideration for the show's coverage. The party brought about 1,000 guests, up 100 or so from last year's party, but still considerably more exclusive then the 1,300 guests that packed into former venue Disney Hall.

Chef Susan Feniger of Border Grill created the menu, with Mexican-inspired stations serving the likes of guacamole, tacos, ceviche, and an agua fresca bar with coconut water and sangrias. Magnolia Bakery, which recently opened in town amid much buzz, provided the dessert bar. Summers Haas said she approached Magnolia back in March when she found out they were coming to L.A., and the owners loved the idea of getting involved right away with a celebrity event, which is on-brand for the bakery.

Neutrogena hosted a beauty bar providing guests with professional touch-ups and product giveaways. Dr. Scholl’s For Her also had a lounge to alleviate high-heel discomfort at the end of a long award show night; it passed out ballet flats and other comfort products. In the Dr. Scholls area outside, purple flowers and hand-opened blush roses filled the venue's fountain. One passing guest stood agape, remarking, "That is gorgeous, that is fabulous."

The party also had a Grey Goose vodka bar. And Bure Family Wines, a Napa winery that opened in 2008, provided its limited selection Majesty Cabernet Sauvignon and Nuit Blanche. Only 125 cases of each top-end wine are produced every year, and the party received 25 of them.

"I'm excited this year because we had new partners who haven't been involved before," said Summers Haas. "It helps keep it fresh, new, [and] makes sure that the guests come and they're not experiencing the same thing they experience every year going to this party."

Decor from Bounce was meant to underscore a summery look (since they Emmys, and consequently the party, bumped up to an earlier date in August this year). Purple lighting mixed with black and white decor elements, including big white couches and cabanas outside. "It's crisp, but softer, warmer," Summers Haas said.

In keeping with the party's tradition of bringing headline entertainment, Cyndi Lauper performed for the crowd a mix of her classics and new blues work. Past acts have included Prince, Mary J. Blige, Duran Duran, Billy Idol, and Earth, Wind & Fire.

For the fifth year, Cole Haan supplied the canvas and leather gift totes, stuffed with more than 40 high-end products, including a stay at the Terranea Resort. As usual, it was standing room only where guests scooped up their bags, but the Border Grill truck was parked outside doling out bags of hot churros to soften the valet wait experience. 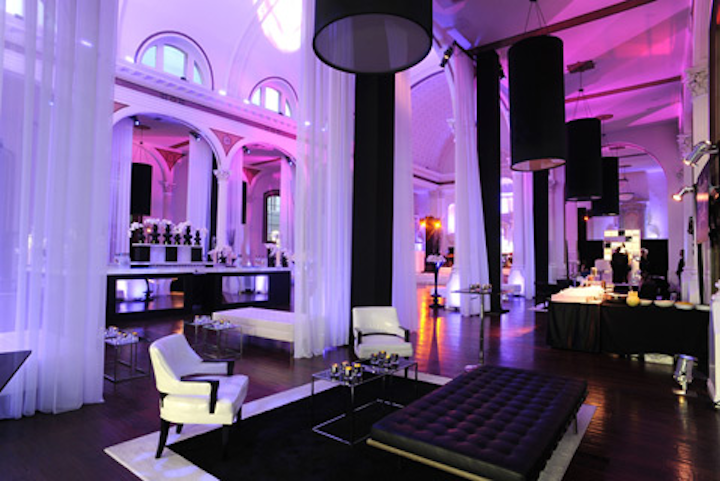 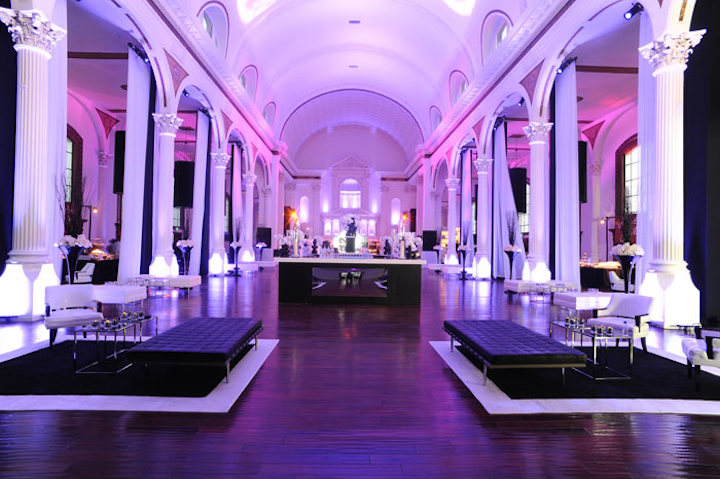 The Entertainment Tonight Emmy party took to Vibiana for the second year.
Photo: Courtesy of BEImages 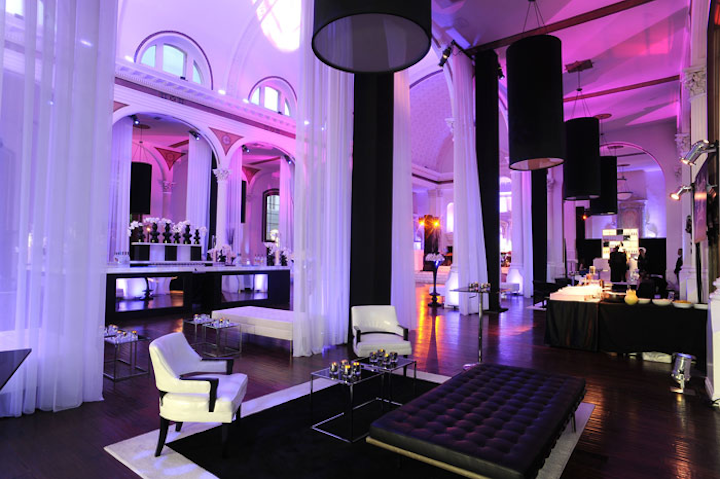 Black and white dominated the decor, with quilted furnishings and flowing drapery.
Photo: Courtesy of BEImages 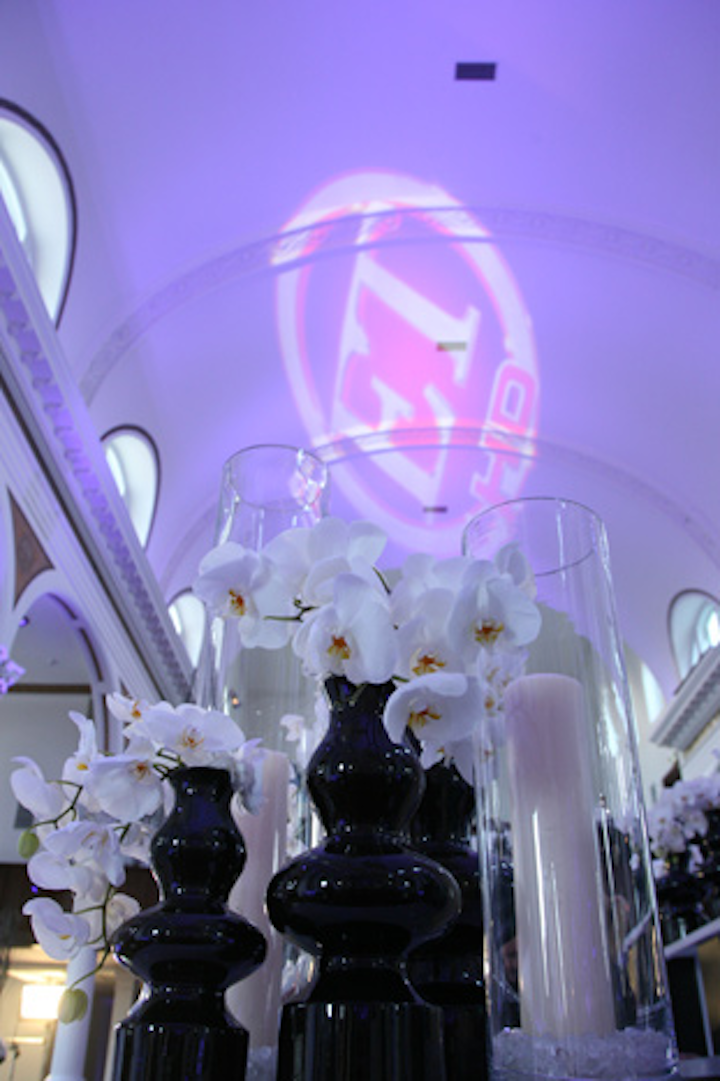 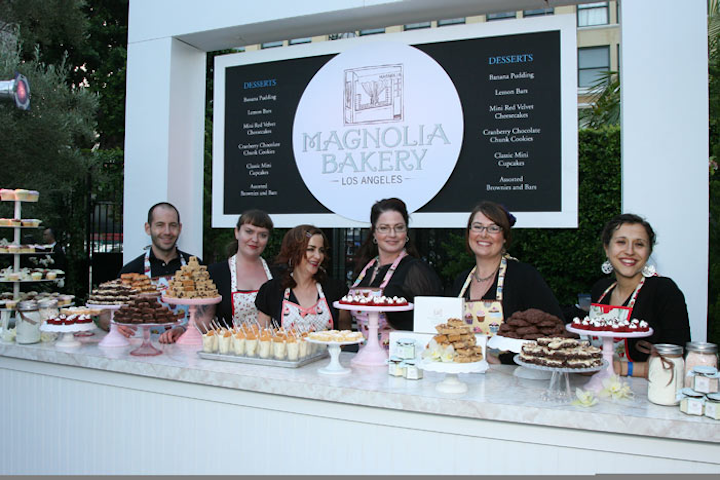 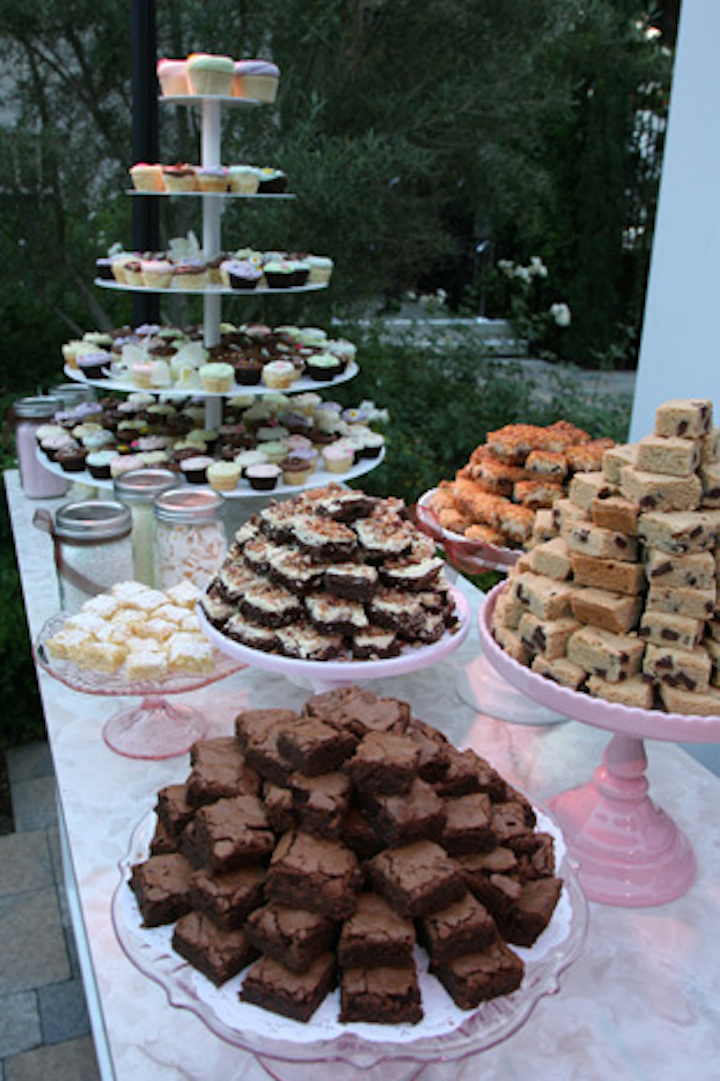 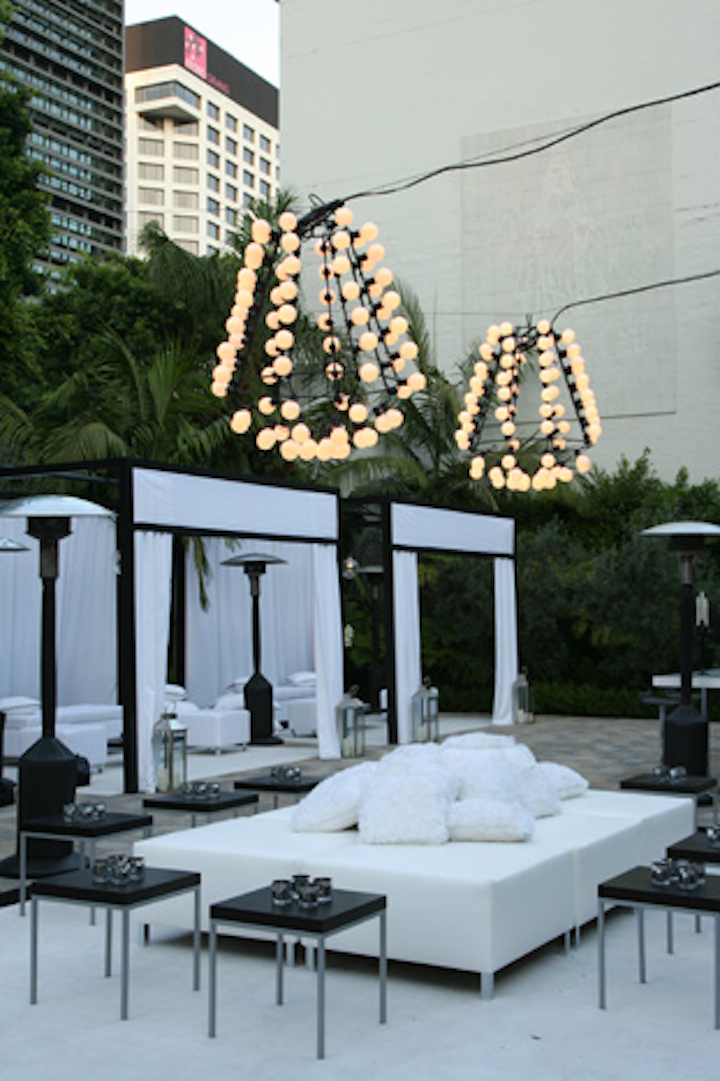 In the outside space, clusters of round bulbs served as unfussy chandeliers overhead.
Photo: Courtesy of BEImages 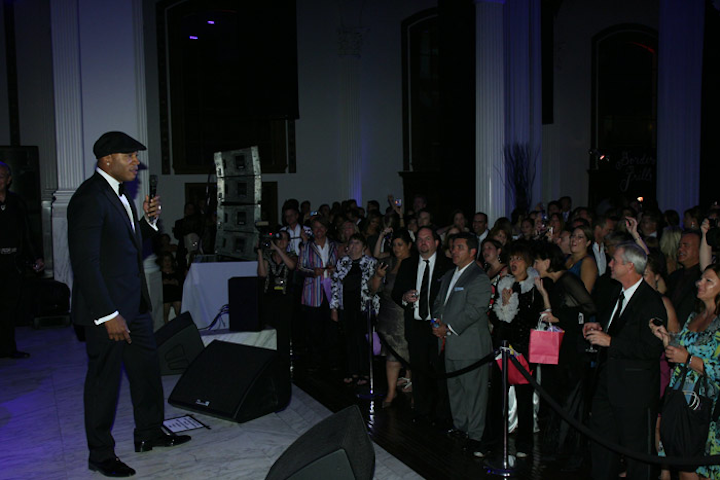 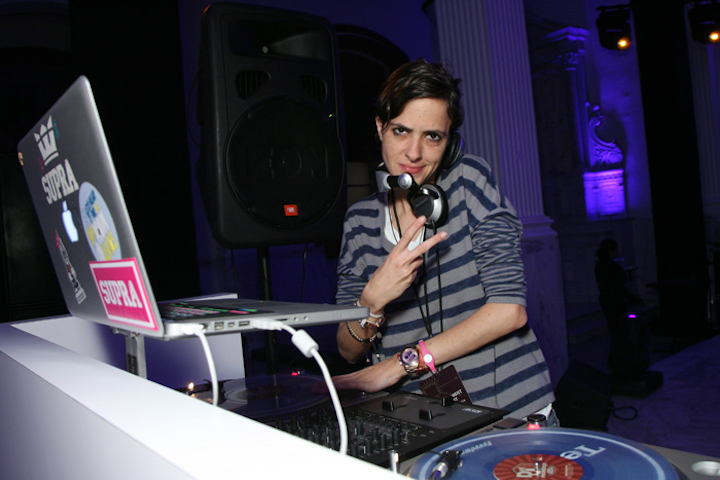 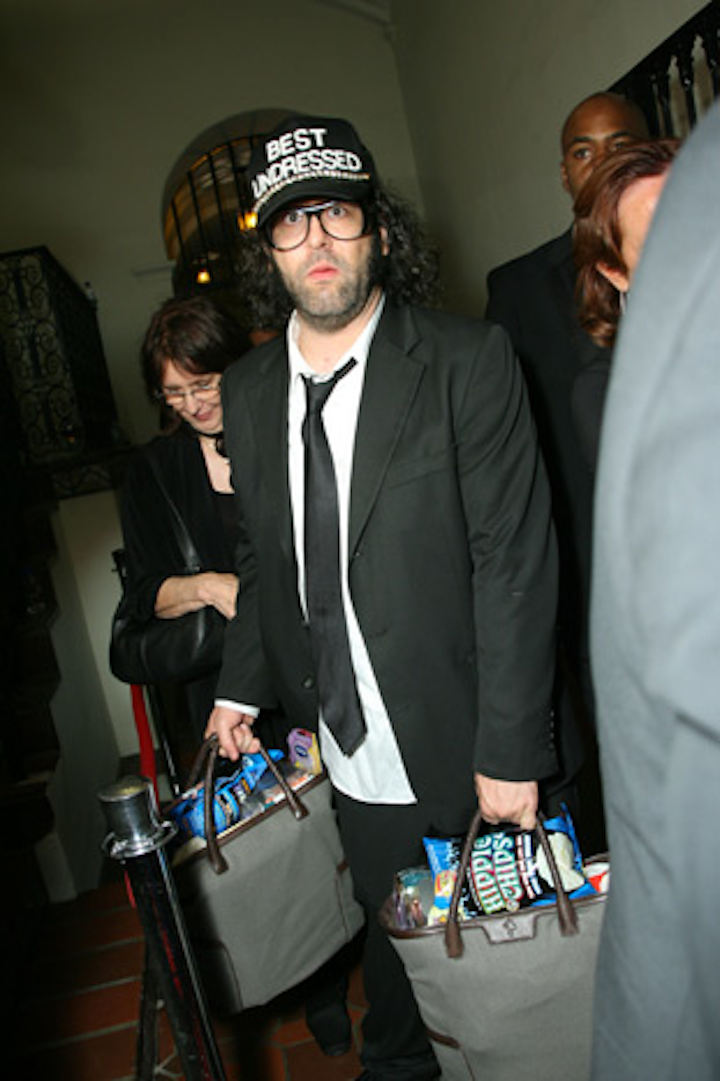