For the second-consecutive year, some 1,700 guests filled the Plaza hotel for the Tony Awards gala, a reception that followed the ceremony for Broadway's biggest honors. The Sunday-night event, produced by Suzanne Tobak of Serino/Coyne in conjunction with the Broadway League and the American Theatre Wing, entertained show attendees and winners including Judith Light, Amanda Seyfried, Audra McDonald, Nick Jonas, and Steve Kazee with a smorgasbord of food from several in-house vendors. And despite hundreds of sliders being grilled, flatbread pizzas being baked, and dozens of chefs slicing and plating the array of bites, the crowded spaces never felt stuffy—something a number of guests noted after grumbling about the heat inside the award show's venue, the Beacon Theatre.

The selection of food was provided by multiple companies. CPS Events at the Plaza—a joint venture between caterer Great Performances and Delaware North Companies—operates the Terrace Room and set up several buffet stations, including one with Southern comfort food, another offering Italian dishes, and a third serving Mexican-style bites. In the property's lower level, the individual purveyors of the Plaza Food Hall—such as Sushi by Gari, No. 7 Sub, Lady M Cakes, and Kusmi Tea—staffed their European-food-court-like stalls and open kitchens, while the Todd English Food Hall dished out dumplings, oysters, pasta plates, and other fare.

With directional signs, different offerings from room to room, and seating spread throughout, the producers looked to keep guests circulating and networking. Hank Lane Music provided a band for the Terrace Room, which played tunes including Lionel Richie's "All Night Long (All Night)" and Whitney Houston's "I Wanna Dance With Somebody (Who Loves Me)." 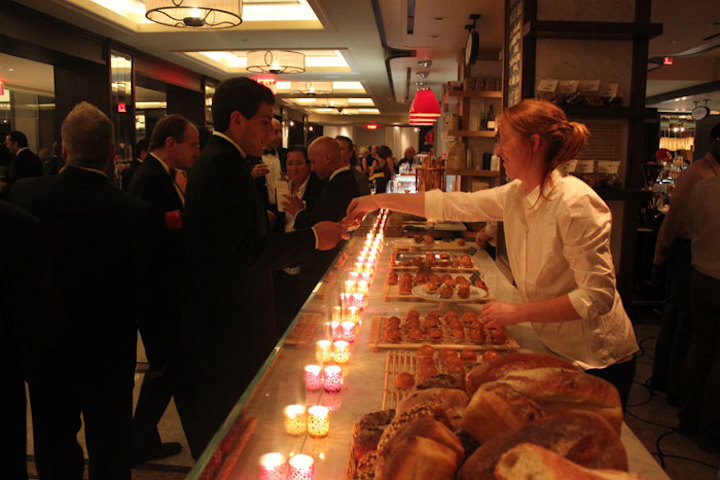 The Tony Awards gala was the first event to make full use of the newly expanded Food Hall section of the Plaza hotel. The concourse-level space holds more than a dozen areas for individual vendors, who were all serving their specialty items Sunday night. French bakery Pain D'Avignon (pictured) offered duck prosciutto and chevre on brioche buns.
Photo: Anna Sekula/BizBash 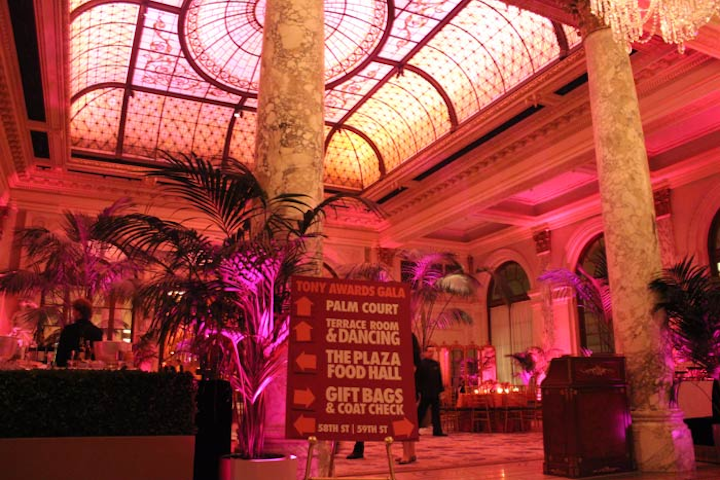 The late-night gala for the Tony Awards on Sunday took over three floors of the Plaza hotel. To give the 1,700 guests a sense of what each area provided, the producers placed directional signs throughout the site.
Photo: Anna Sekula/BizBash 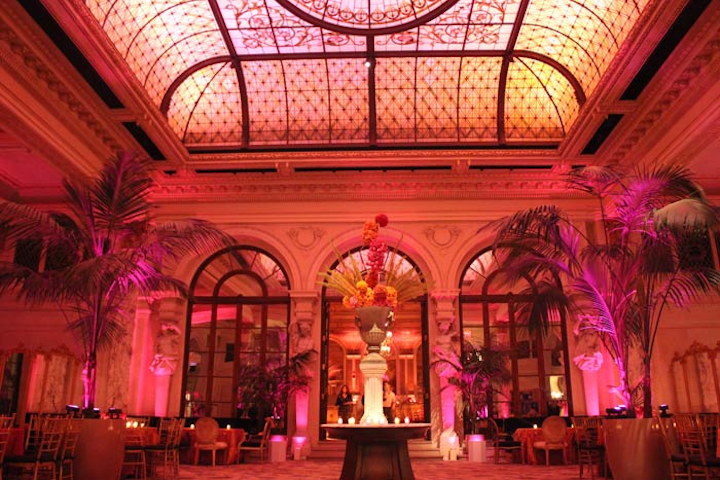 As with last year, producer Suzanne Tobak looked to create a cohesive design scheme among the rooms at the Plaza and chose a color palette of pink and orange. Floral designer Seasons supplied orb-shaped arrangements in various sizes, which the production team placed on as many surfaces as possible.
Photo: Anna Sekula/BizBash 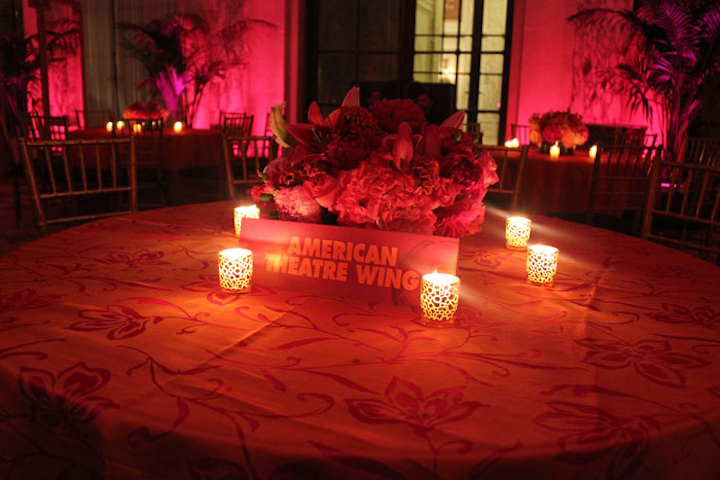 Although the planners behind the gala wanted guests to move around and mingle, the setup did offer plenty of seating, including banquet rounds for V.I.P. guests in the Palm Court and Terrace Room.
Photo: Anna Sekula/BizBash 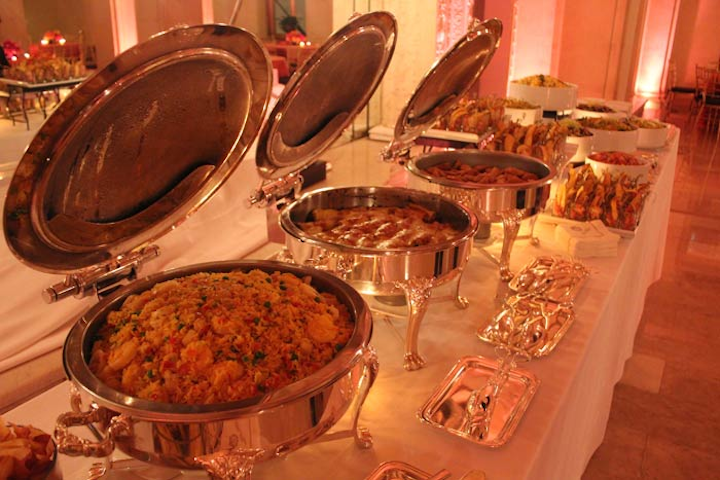 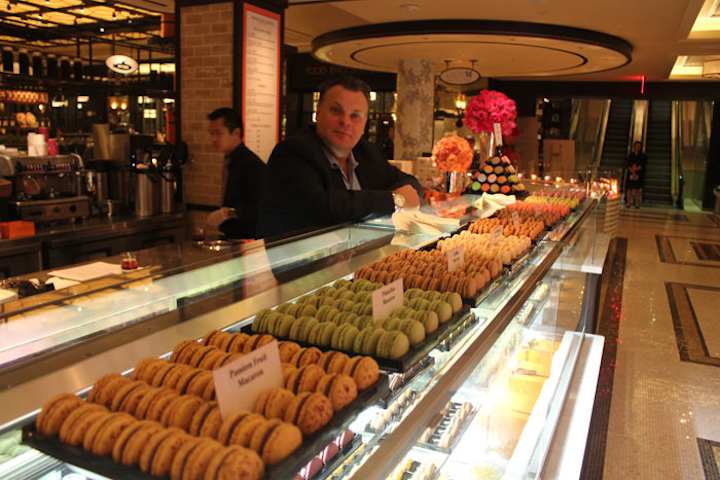 Many of the chefs and owners of the Food Hall's culinary brands were on-site for the event, including François Payard, who guided guests through an array of macarons.
Photo: Anna Sekula/BizBash 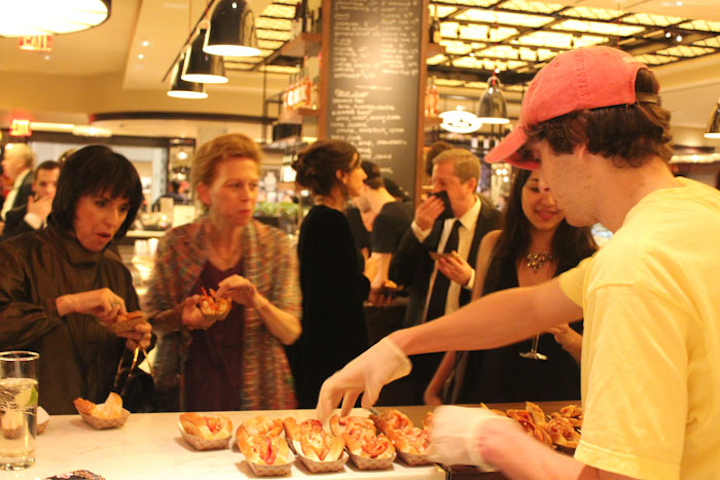 The hall's open kitchens gave attendees something to watch while also allowing the purveyors direct contact with the guests. One of the more popular stations was Luke's Lobster, which had a seemingly endless supply of mini lobster rolls.
Photo: Anna Sekula/BizBash 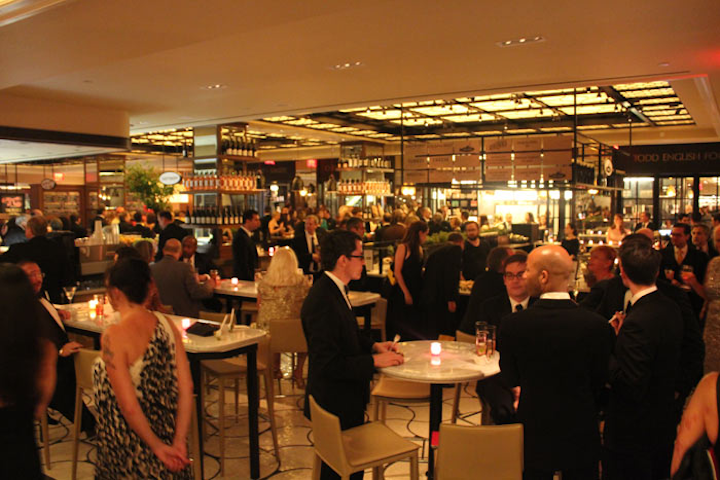 The production team left the Food Hall's high counters and stools in place to give guests places to sit and delve into their dishes.
Photo: Anna Sekula/BizBash 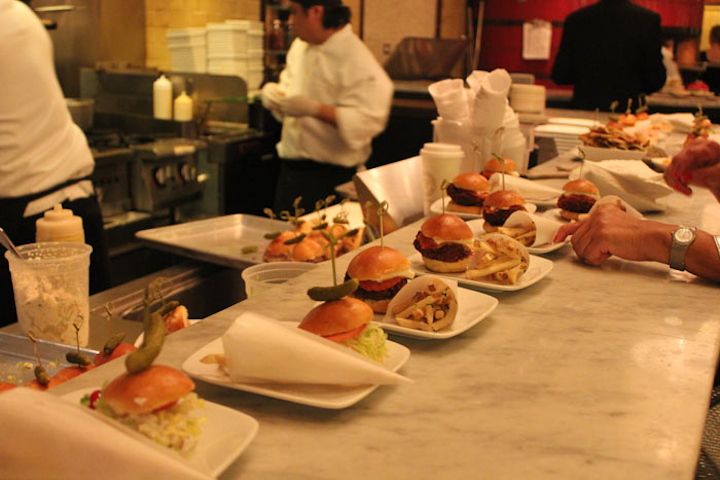 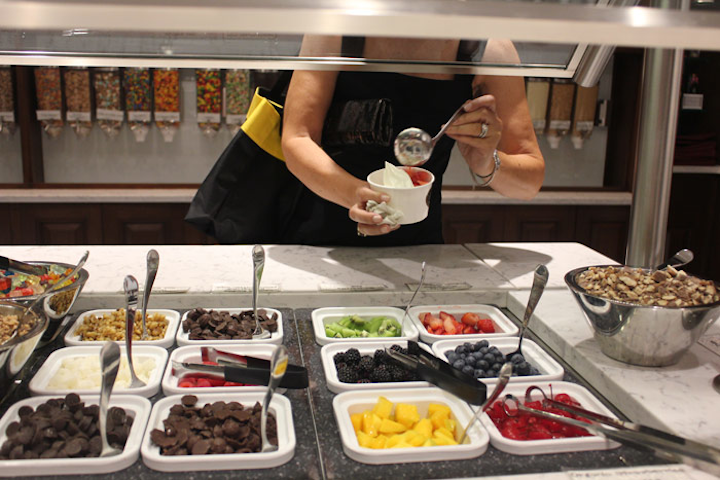 In addition to slices of Lady M cakes, truffles from La Maison du Chocolat, miniature cupcakes and cookies from Billy's Bakery, and flavored s'mores from Three Tarts, the gala allowed guests to serve themselves cups of YoArt's frozen yogurt. There were 80 different toppings, including fresh fruit and gummies.
Photo: Anna Sekula/BizBash 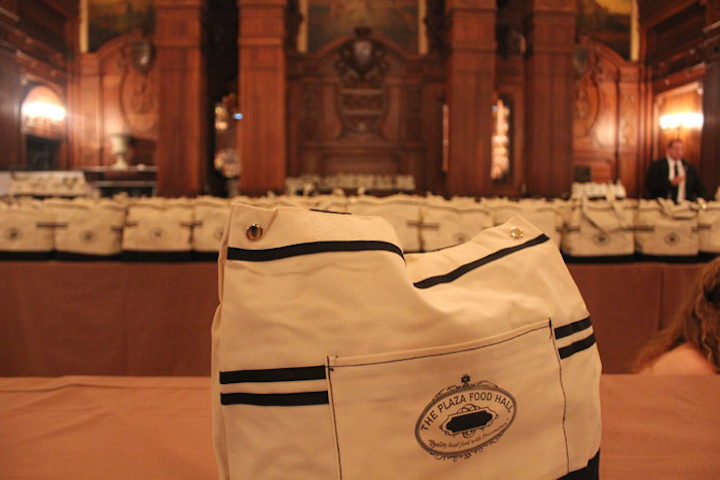