Returning to its prerecession format of a seated dinner and presentation immediately followed by a late-night after-party, Travel & Leisure honored its World’s Best Awards winners on July 18 at Center548 in New York's Chelsea neighborhood.

In 2003, the travel magazine switched the format of the annual event from a formal sit-down dinner combined with an award ceremony and party to two separate events, with the awards handed out at a small luncheon followed later on by an elaborate evening cocktail party.

“[This year] we wanted the opportunity to spend more personal time with our winners, who after all are some of the most interesting people in travel and had come to New York to accept their World’s Best Awards from near and far,” said Travel & Leisure editor in chief Nancy Novogrod. “Having an elegant seated dinner enabled us to celebrate their accomplishments in an intimate and memorable way.”

Around 175 guests dined on burrata with confit tomatoes and olive tapenade, pan-roasted halibut, and petit filet mignon, while actor Chris Noth presented the winners of the magazine's readers' poll—which highlights the top cities, hotels, cruises, spas, and more—with their awards from a small stage set up at the front of the raw loft space. 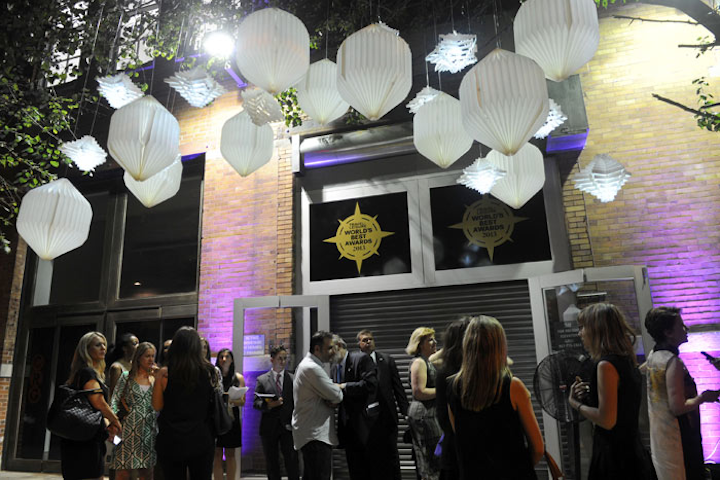 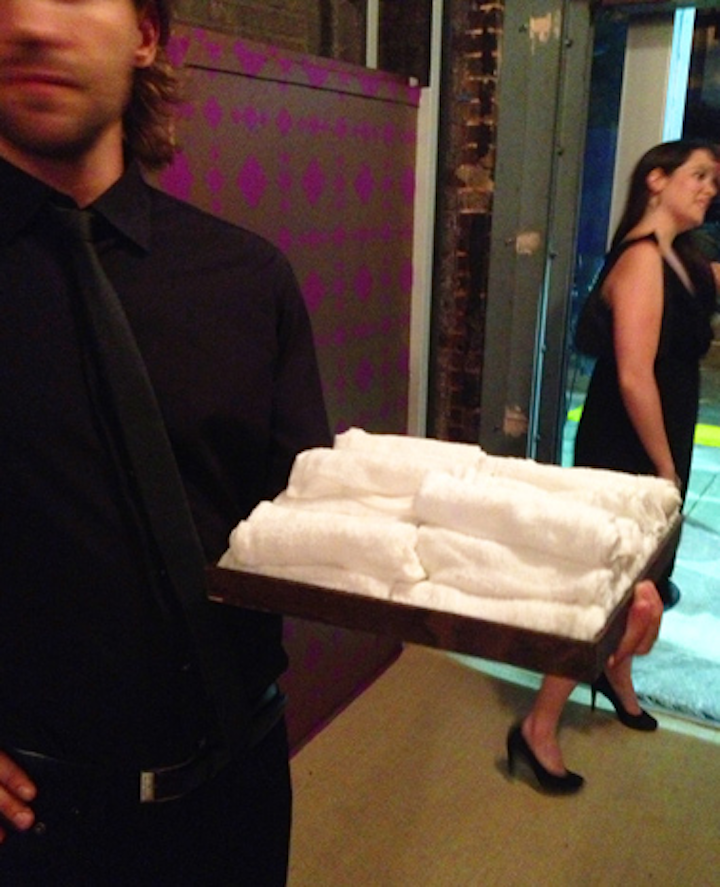 Inside the freight elevator, which was decorated with patterned purple wallpaper and globular pendant lamps, a staffer handed out cool washcloths to help guests combat the sweltering temperatures.
Photo: Lauren Matthews/BizBash 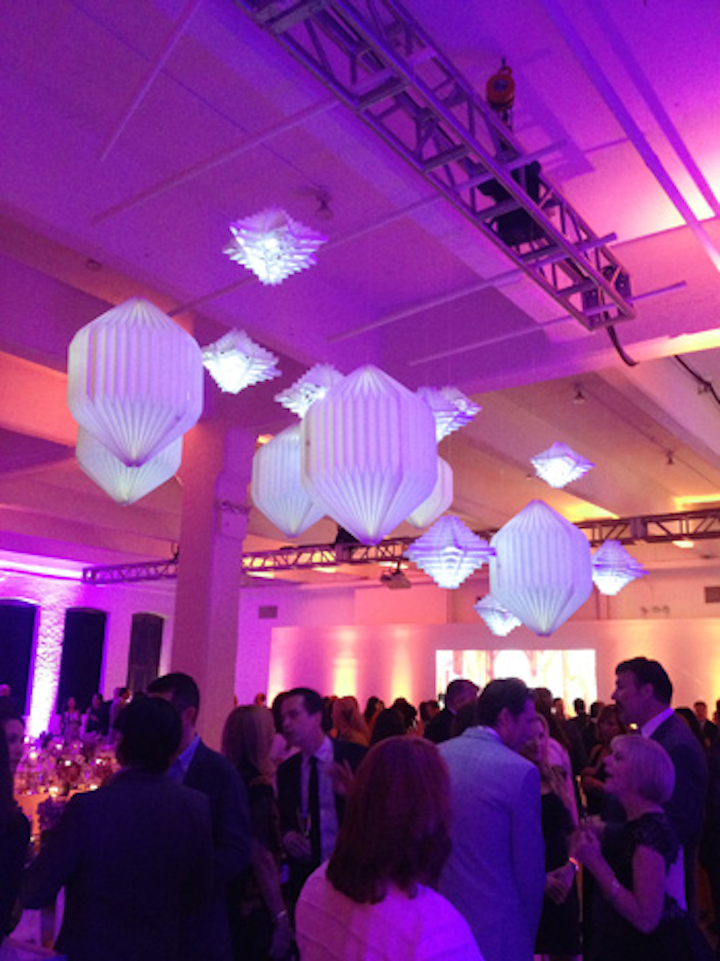 As they stepped out of the elevator and into the party space, guests saw a cluster of hanging paper lanterns echoing the ones outside the venue.
Photo: Lauren Matthews/BizBash 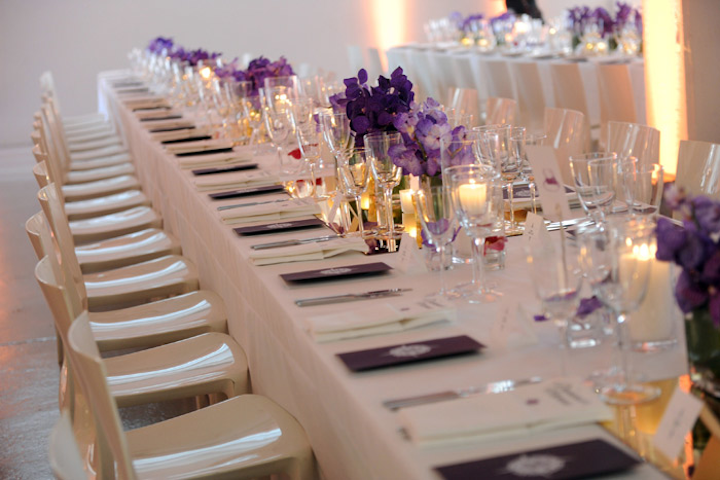 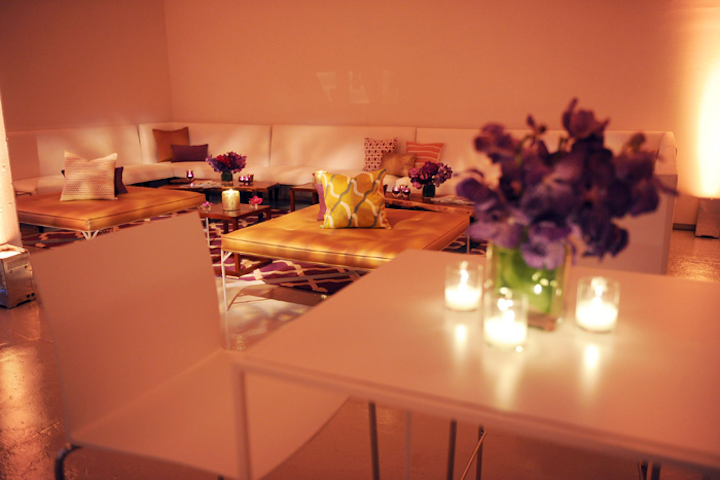 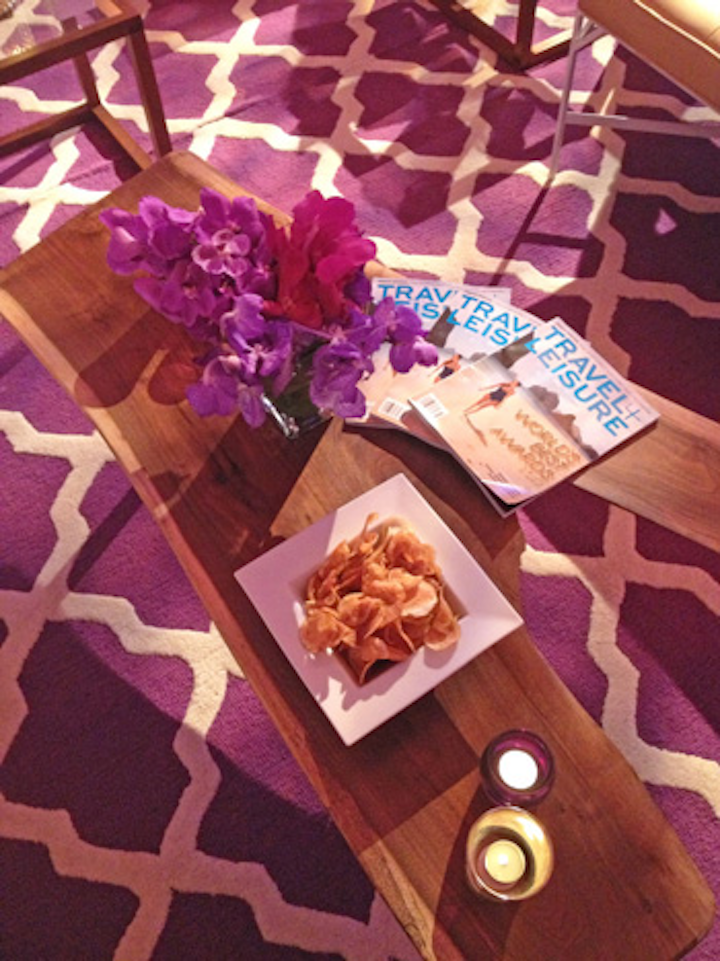 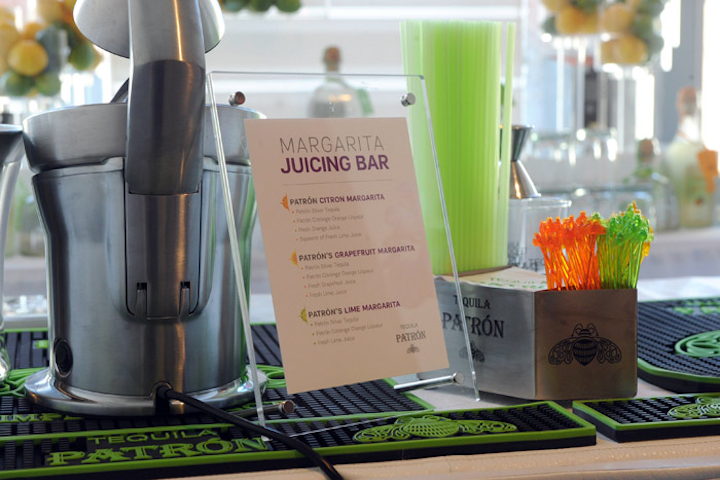 Guests could choose from a selection of freshly squeezed fruit margaritas at the Patrón juicing bar.
Photo: Diane Bondareff/Travel & Leisure 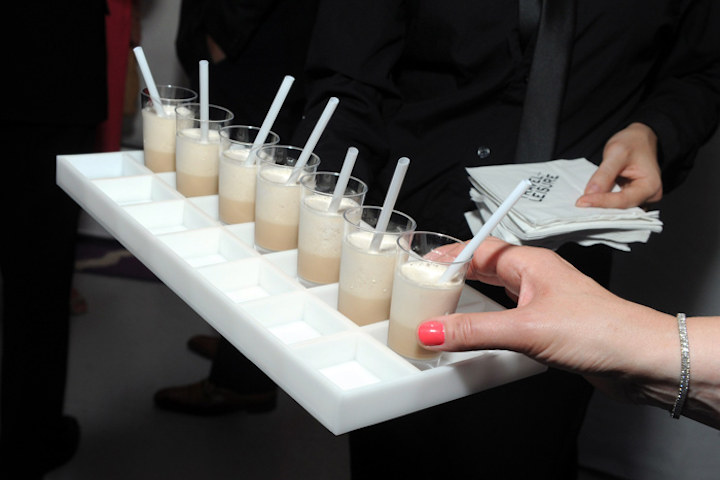