Award season continues to roll on, with the Screen Actors Guild doling out its honors Saturday night at the Shrine Exposition Center. Following the 20th annual ceremony, People magazine and the Entertainment Industry Foundation drew its annual A-list crowd of nominees and winners for its after-party, a bash that annually glitters with production from Event Eleven.

Lisa Simpson Briel, special projects director for Entertainment Weekly, In Style, and People, worked with Event Eleven’s Tony Schubert on the event, which took its inspiration from a photograph of a Parisian greenhouse. Schubert translated the idea with a modern architectural look and feel, covering four massive bronze arches with lush mood moss to create a dramatic centerpiece to the room. A marine-inspired color palette of blues and greens—which echoed throughout the walls and furniture—was complemented by lattice garden details and white flowers with a vintage aesthetic. 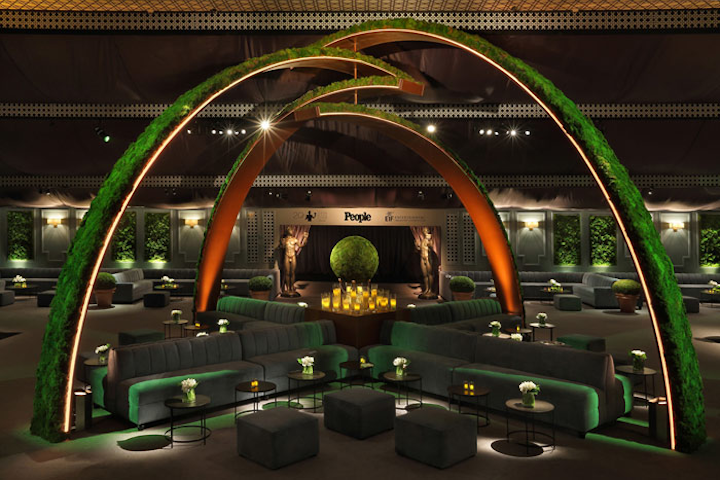 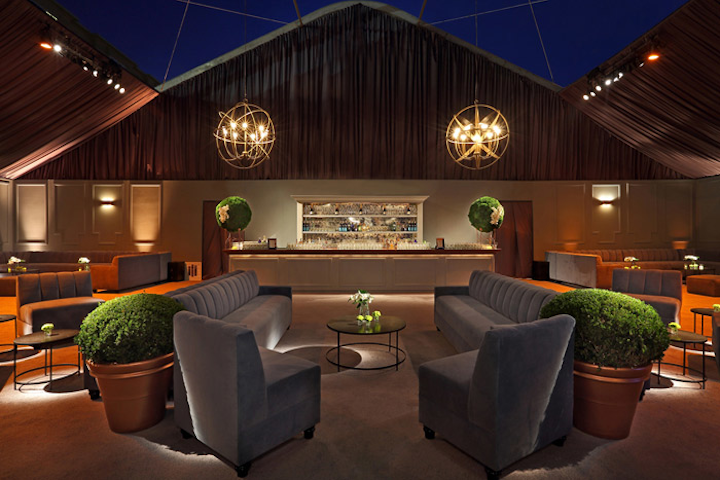 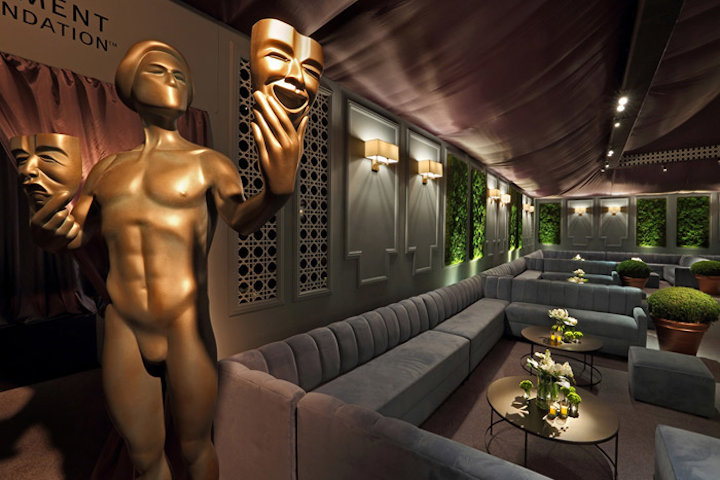 A life-size version of the SAG statuette was integrated into the decor of the space.
Photo: Line 8 Photography. All rights reserved. 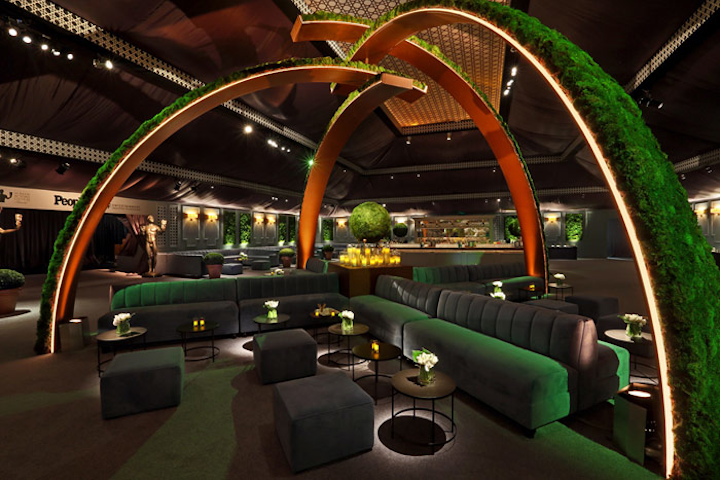 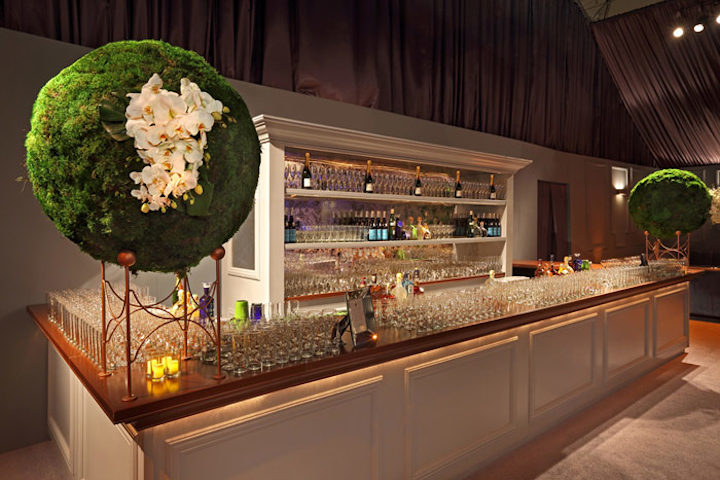 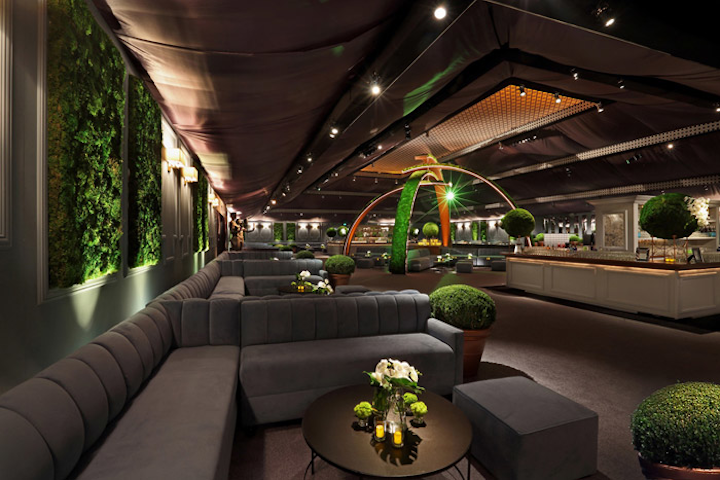 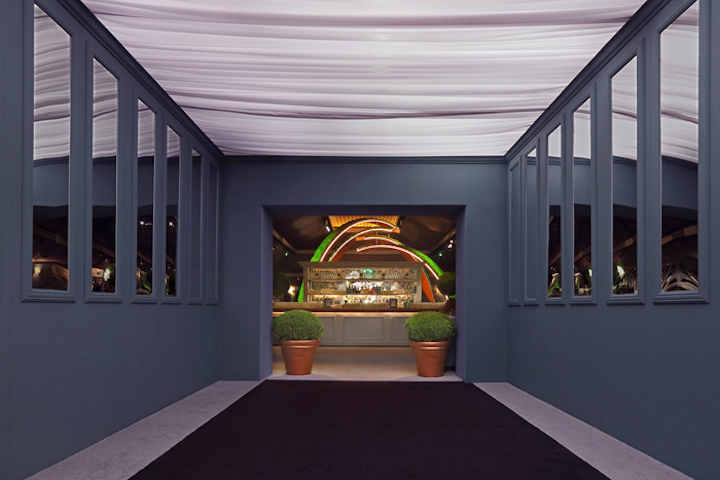