The beer brand revamped its multi-sensory dining experience for the first 29Rooms in Toronto. 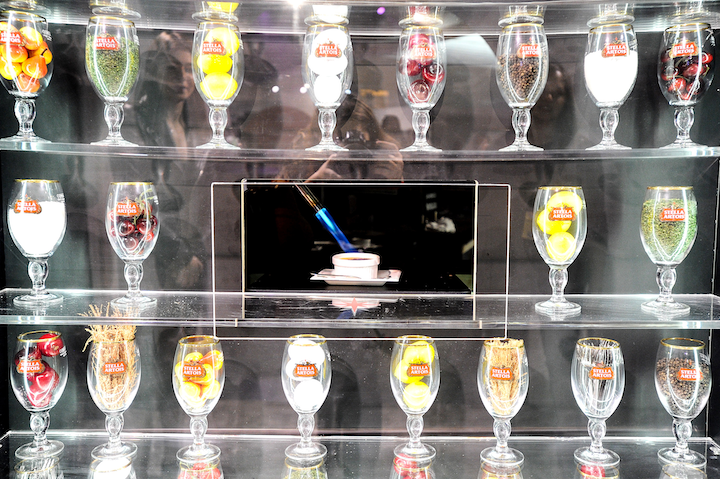 TORONTO—Stella Artois has reimagined its multi-sensory dining experience, Sensorium, multiple times since the series first launched in Toronto in 2015. For the beer brand’s latest interpretation of the culinary activation, it returned to Canada as one of the highlights of an event known for its immersive environments: Refinery29's 29Rooms.

Refinery29’s latest iteration of its interactive art exhibit traveled to Toronto for the first time as part of the media brand’s five-city “Expand Your Reality" tour that launched earlier this year. The event, which ran September 26 to October 6 at Exhibition Place, featured 29 installations and experiences from local and international artists, and brands including Stella Artois. While many of the rooms appeared at other tour stops, Stella Artois’ “Sensorium: Deja Food” was exclusive to Toronto.

For the experience, guests walked through a series of stations designed to activate all five senses and explore the idea of déjà vu. The experience was highlighted by human-operated vending “machines” that displayed menus in lieu of buttons. Each “machine” was decorated with rows of Stella Artois chalices filled with ingredients such as apples, pepper, salt, and lemon. Guests then inserted a punch card into the machine and were served dishes through a dark hole by unseen servers. 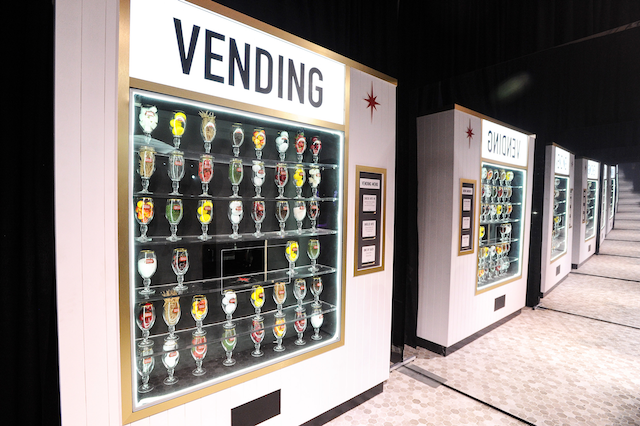 After reading the menus printed on the machines, guests were instructed to insert a punch card with their order.Photo: Courtesy of Refinery29

Food items included raclette cheese bites served on baguettes and classic crème brûlée, which was torched live as part of the performance. Stella Artois partnered with IMG to produce the experience, and the catering was overseen by Spectra and chef Connie DeSousa of Calgary-based steakhouse Charcut. Refinery29 provided creative, graphic, and fabrication design.

Mike Bascom, senior director of marketing for High End at Labatt Breweries of Canada, which manufactures Stella Artois in Canada, said the brand wanted to offer guests an unexpected way to experience a meal.

“Sensorium is all about dining reimagined. We felt this was the perfect platform to bring Sensorium back,” said Bascom. “[29Rooms] is a mecca of culture, storytelling, and inspiration, which aligns with how Stella Artois hopes to introduce Sensorium to a new dining audience.”