Part of Beverly Hills' month of holiday programming, artist Alexa Meade's first solo exhibit on the West Coast makes guests a part of the artwork—and leaves them with a unique photo keepsake.

Los Angeles-based visual artist Alexa Meade is known for painting whimsical, 3-D spaces that create the appearance of a two-dimensional painting. She made a splash on the event scene at last year's 29Rooms, where her "Become the Masterpiece" room allowed attendees to immerse themselves into the scene with painted clothing and props set against an eclectic backdrop.

She takes it one step further with her first solo exhibition on the West Coast, which debuted in Beverly Hills on November 15. The exhibit, dubbed "Immersed in Wonderland," is a 3,000-square-foot pop-up featuring painted, three-dimensional holiday-theme vignettes. Visitors are invited to interact with the art by donning painted clothing and accessories, sitting on couches and in chairs, and even playing at a grand piano. When photographed, it gives the appearance that guests are part of the painting.

It's just one aspect of Beverly Hills' BOLD Holidays programming, which features extended shopping hours and live entertainment every Friday and Saturday evening until December 22. (We took an in-depth look at BOLD's summer programming here.) BOLD is a collaboration between city officials, the Rodeo Drive Committee, the Beverly Hills Chamber of Commerce, and the Convention and Visitors Bureau, working with Agenc Experiential & Digital Integrated Agency.

"With the Alexa Meade pop-up we see the enduring appeal of getting that perfect Instagram shot, as guests have not only visited once but returned with family members and friends, and made it their destination to create holiday cards," said Cara Kleinhaut, partner and C.E.O. of Agenc, who notes that the city's Convention and Visitors Bureau coordinated the pop-up with Meade. "It checks all the boxes we look for in a successful experiential activation; our partners at the C.V.B. did an incredible job with this one. It's interactive, brightly colored so it plays well on social media, has staying power over the course of several weeks, and is only growing in popularity as the weeks go by."

The family-friendly exhibition is free and open to the public daily through December 23, and it is located at 262 North Rodeo Drive. (Meade will be there live-painting models on December 14.)

The BOLD programming kicked off on November 15 with a tree-lighting celebration that raised $130,000 for the American Red Cross to support wildfire relief efforts. Other highlights include holiday-theme photo ops, live ice-sculpting, ballerinas performing on top of grand pianos, contortionist fashion art, and an interactive light show on Rodeo Drive with over 40,000 specially programmed lights.

"We are so excited to continue the success of the BOLD campaign, which has been bringing increased foot traffic, an explosion of social posting, and renewed vitality to Rodeo Drive during peak tourist and holiday shopping seasons," Kleinhaut said. "This is what experiential retail is all about." 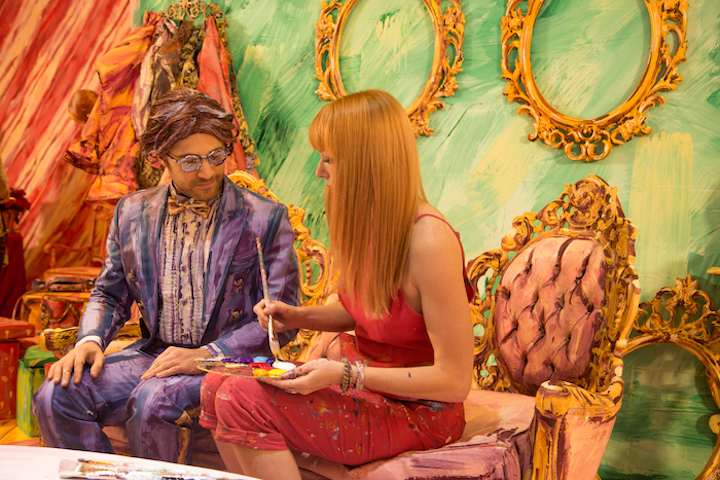 On November 30, artist Alexa Meade was on hand to live-paint models. (She'll make another appearance on December 14.) The rest of the time, docents give tours and help guests pose for photos.
Photo: Alexa Meade 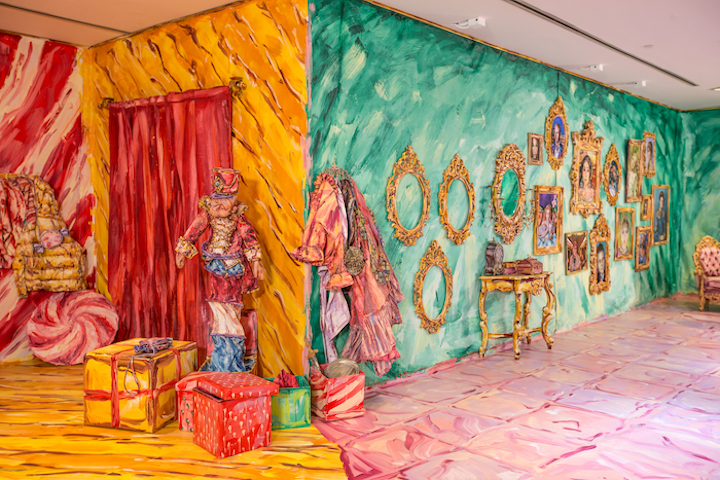 The 3,000-square-foot exhibit features three-dimensional painted holiday vignettes that create the illusion of a two-dimensional painting when photographed. Each of the seven spaces offers a different theme, such as a festive red playroom or a portrait-filled foyer.
Photo: Alexa Meade 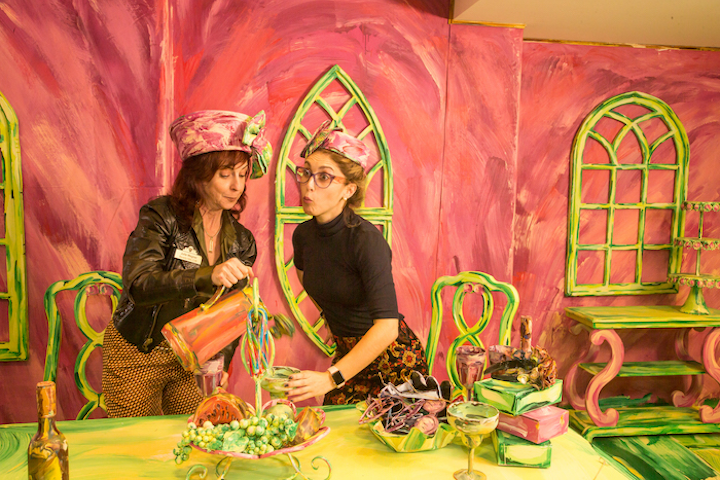 Each vignette has its own on-theme accessories and props to pose with, such as a dining space with a teapot, plates, and cups.
Photo: Alexa Meade 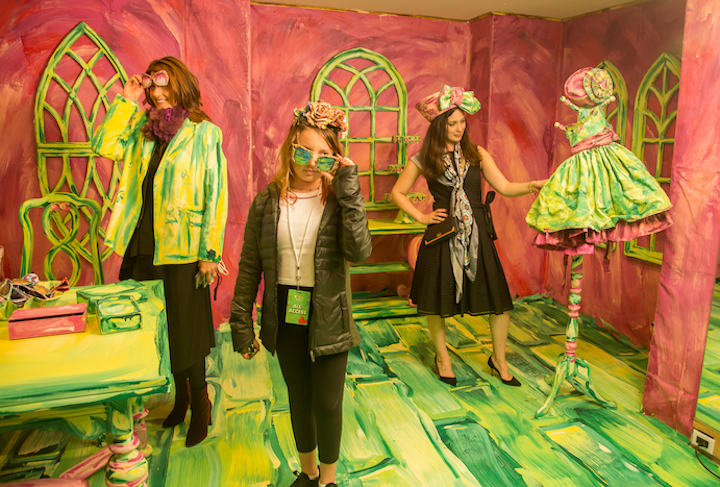 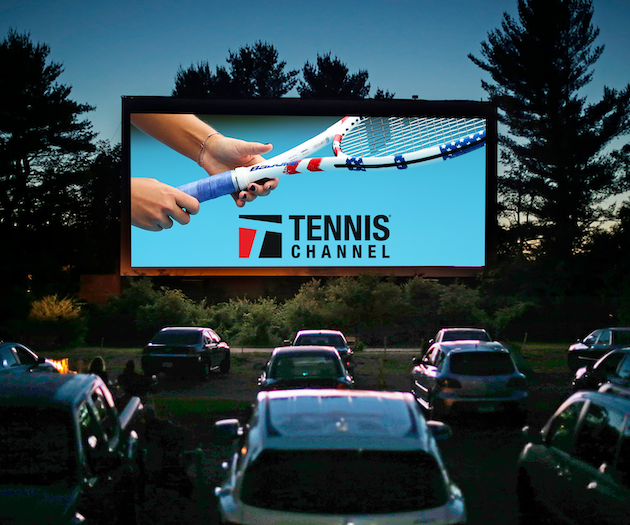 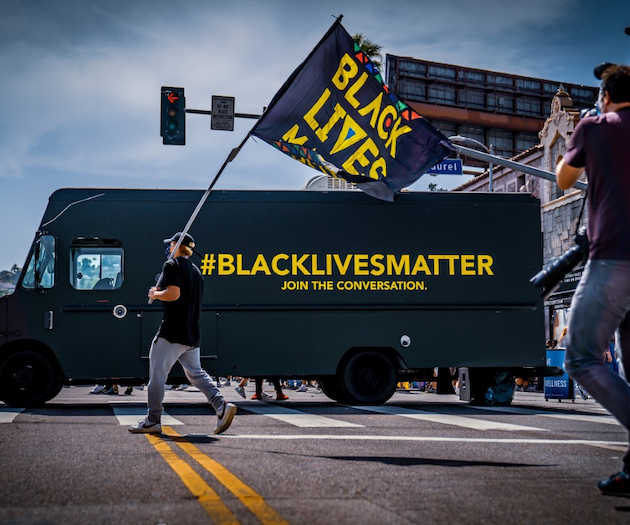 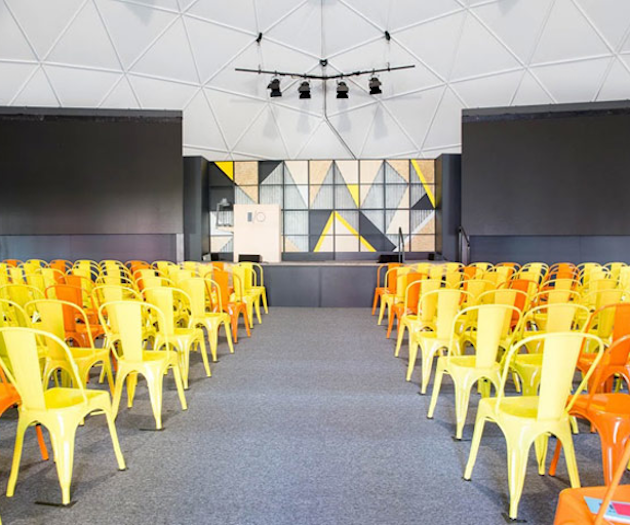 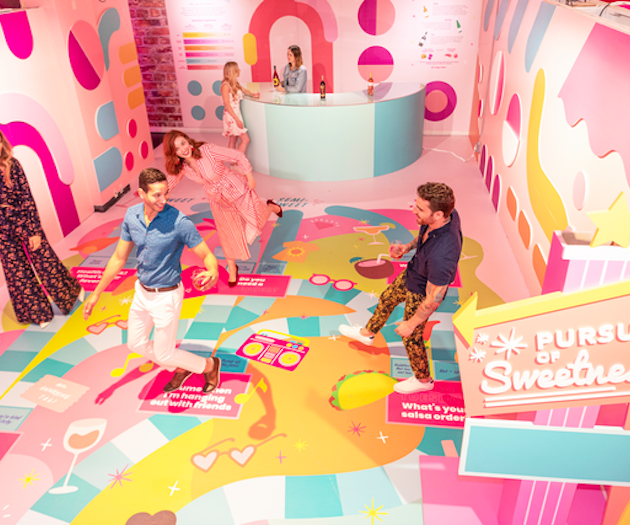 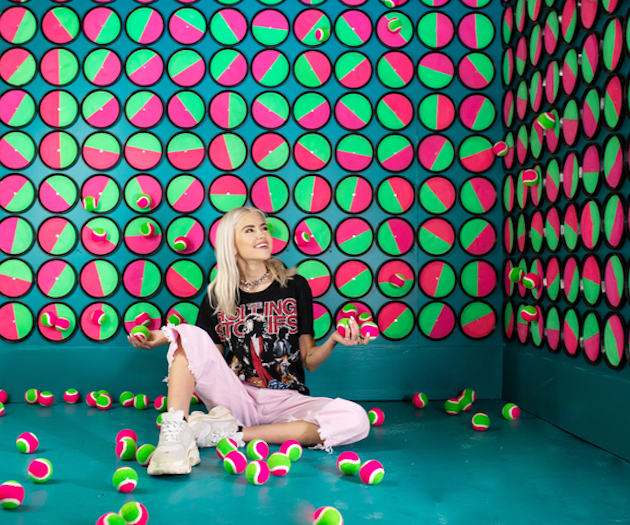 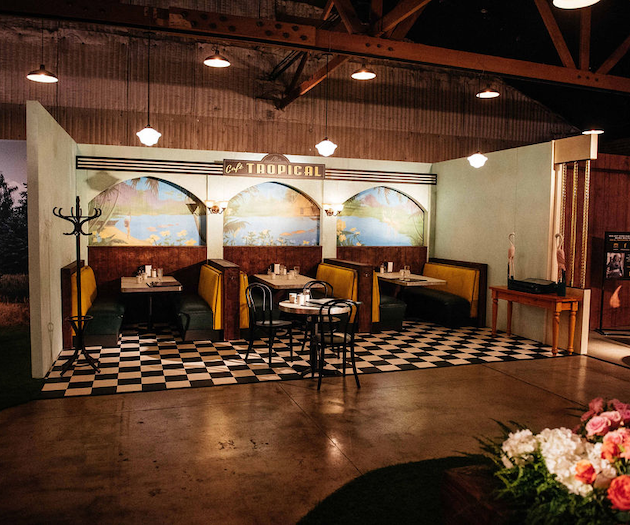 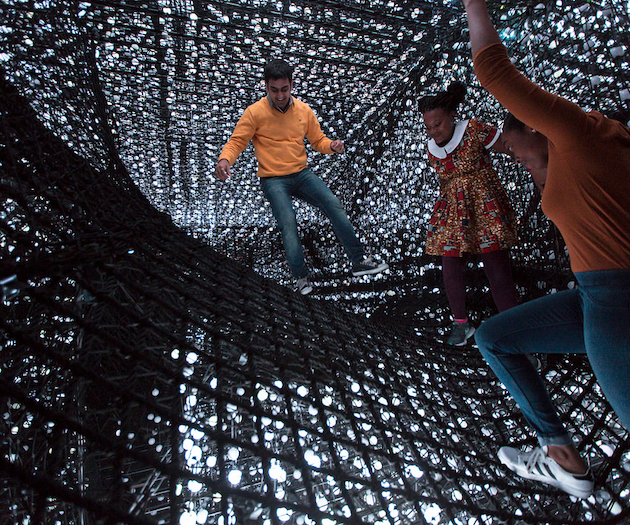 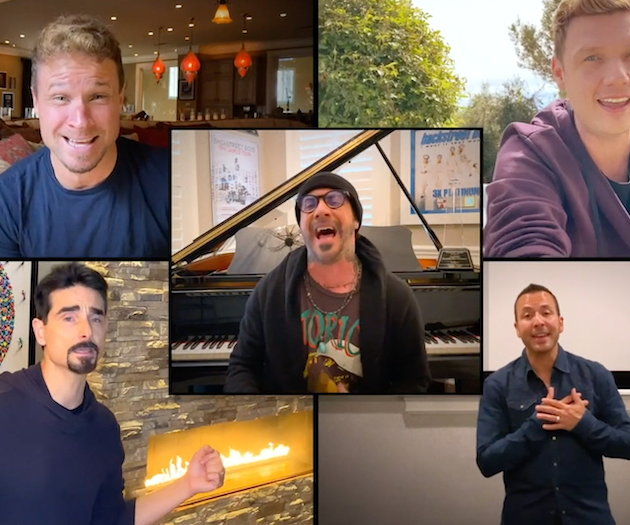 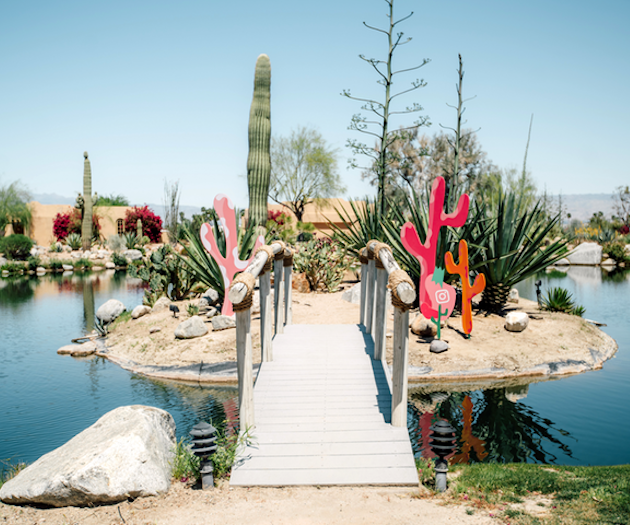 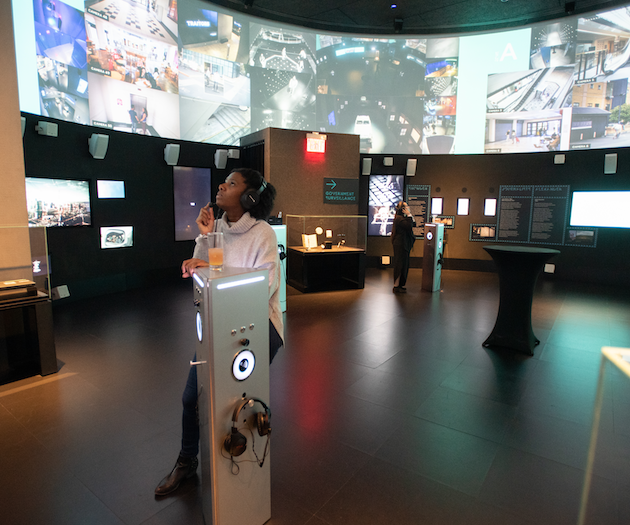 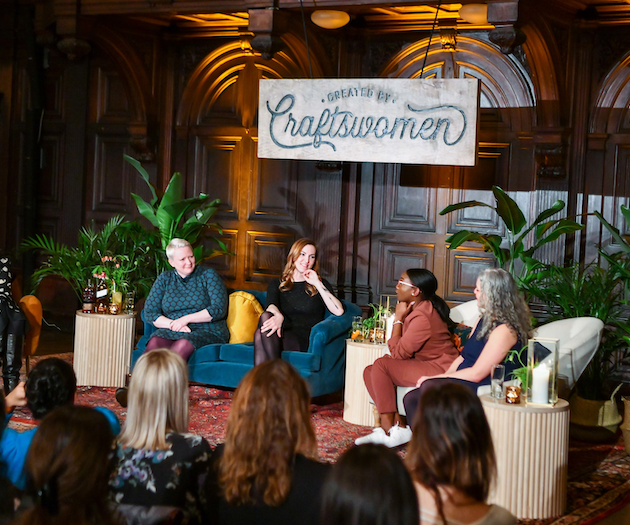 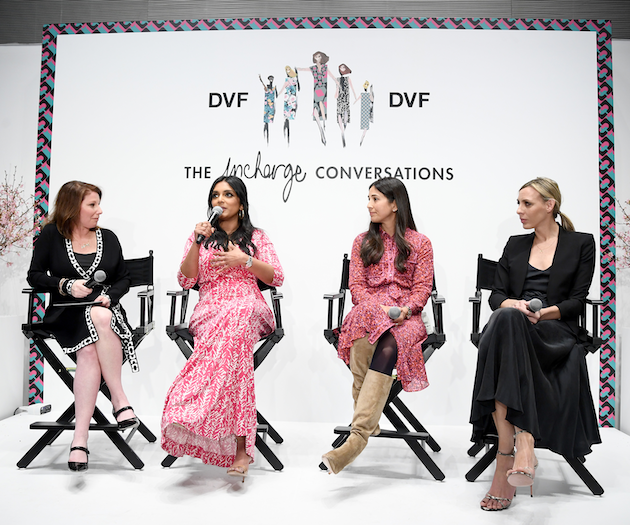 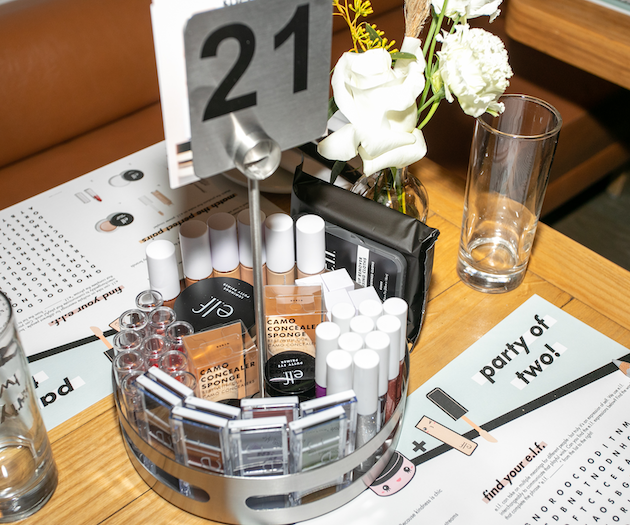