The media company's second-annual event mixed music with messaging for a female-focused crowd. 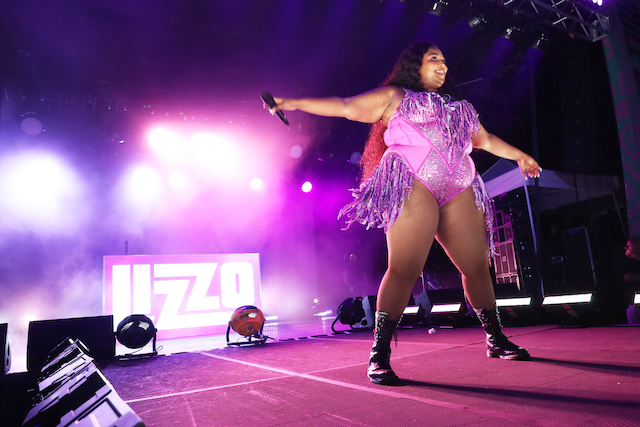 Lizzo closed out the festival with a performance that included her hits such as "Tempo" and "Truth Hurts."Photo: Bennett Raglin/Getty Images for Bustle

NEW YORK—In conjunction with its second-annual Rule Breakers digital issue, Bustle hosted its festival of the same name on September 21 at the LeFrak Center at Lakeside in Prospect Park, Brooklyn.

For 2019, Bustle carried over the same mission (and venue) as last year's inaugural event, but the festival was able to expand its reach.

"[Year one] was the first time that Bustle was able to interact with such a large audience in an event setting. It enabled us to show attendees what we stand for as a brand and forge a memorable connection," explained Emily DeSear, senior vice president, creative, of Bustle Digital Group. “Following the success of year one, we immediately started planning year two knowing that we wanted to increase the footprint and number of brand activations. In 2019, we doubled the number of sponsors, with 14 brand partners coming on board and as a result, doubled the revenue,” she said.

In addition to more activations from big-name, on-target brands such as the CW, Michael Kors, and the W.N.B.A., the festival included performances by Jesse Jo Stark, ABIR, Betty Who, and crowd favorite Lizzo.

“We sold out of tickets in late August and almost doubled our attending audience too, which was an incredible feat," DeSear said. "With the increased footprint we were able to build out a food village and red carpet, add more talent to the lineup, and raise more money for charity.”

She explained that the Bustle brand skews to a younger, female millennial crowd that other brands are eager to attract. The festival “provides a unique opportunity for our partners to build a deeper relationship with the Bustle audience and deliver an unforgettable experience,” she said. “We worked with each of our sponsors to understand their objectives so that we could build specific activations on site that would spark engagement and resonate long after Rule Breakers was over.”

For example, at the Plan B One-Step lounge, guests could relax in pop art-inspired chairs and listen to spoken word pieces from Aija Mayrock or color in the "I've Got This" mural. DeSear described the company as an “ideal partner” for Bustle. “We speak to the same audience and our values align. We worked with their team to build the lounge that reflected their mission to educate and encourage women to feel confident when making decisions about their reproductive health.”

Get a look at some of the activations from this year's Rule Breakers festival. 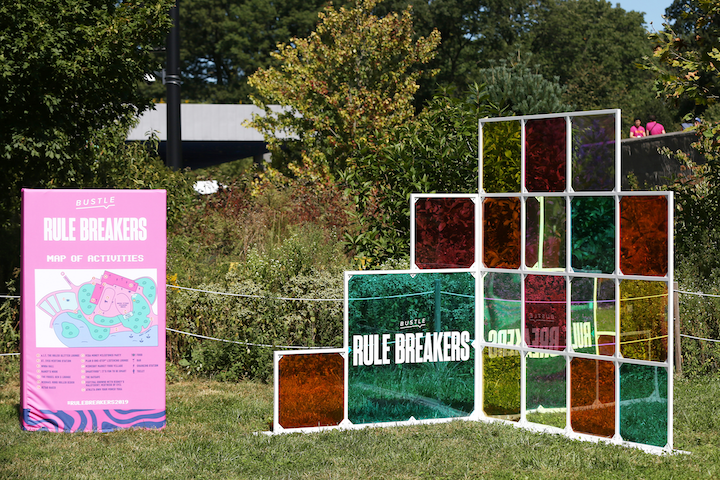 “The beauty of LeFrak Center at Prospect Park is that we had a huge footprint and it allowed us to be extremely creative with our layout. We leveraged the pond, roller rink, and grassy areas, which made the event a more dynamic experience for our guests,” DeSear said. “We worked closely with the [Prospect Park Alliance] to ensure we were respecting the local community and creating an experience that gave back to the neighborhood.”
Photo: Bennett Raglin/Getty Images for Bustle 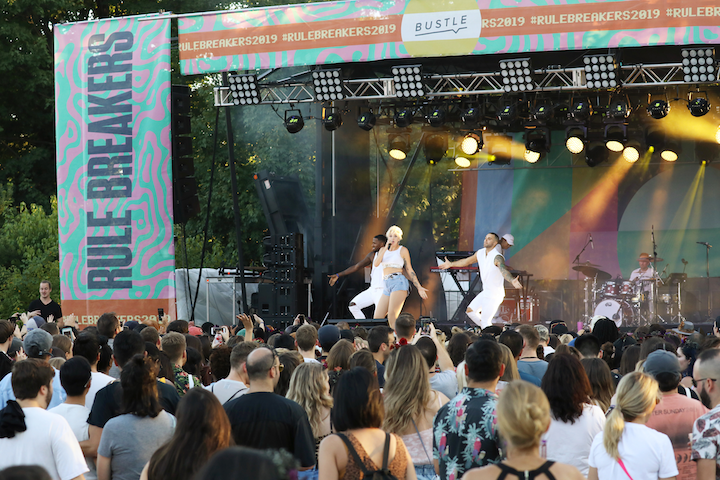 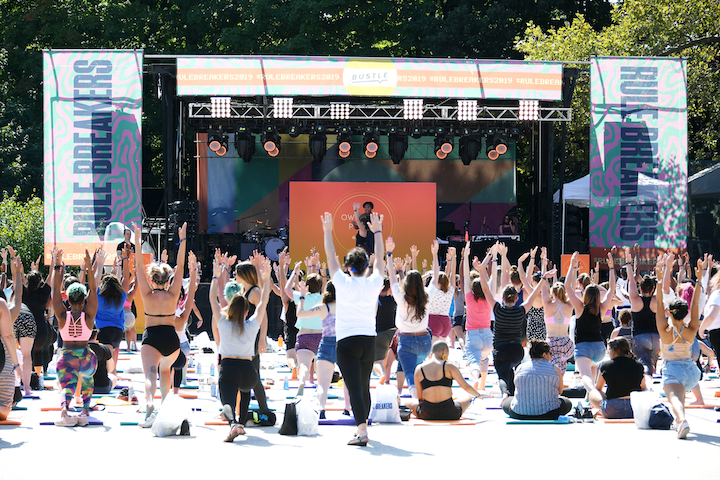 Attendees who arrived early were able to take part in a yoga class sponsored by Y7 and Athleta.
Photo: Dia Dipasupil/Getty Images for Bustle 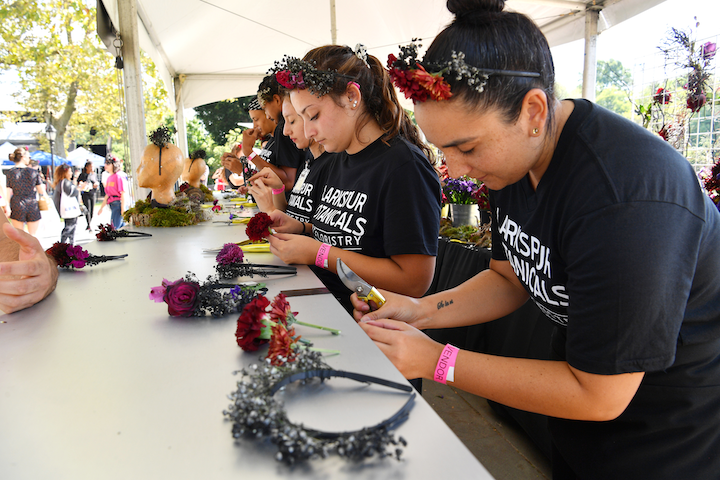 Attendees could make their own flower crowns (with help from Larkspur Botanicals) inspired by the upcoming Disney film Maleficent.
Photo: Dia Dipasupil/Getty Images for Bustle 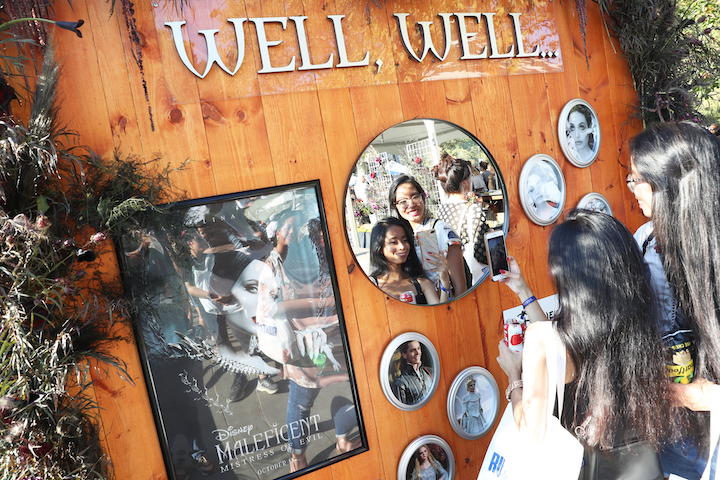 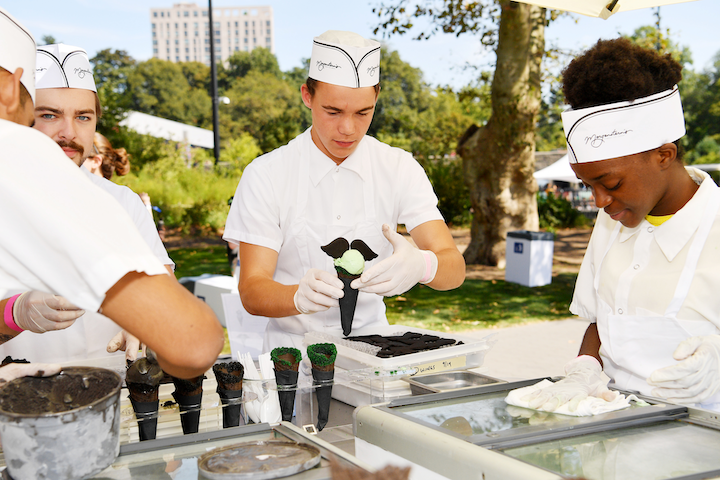 Attendees lined up for free ice cream cones, provided by Morgenstern’s and inspired by the Disney movie.
Photo: Dia Dipasupil/Getty Images for Bustle 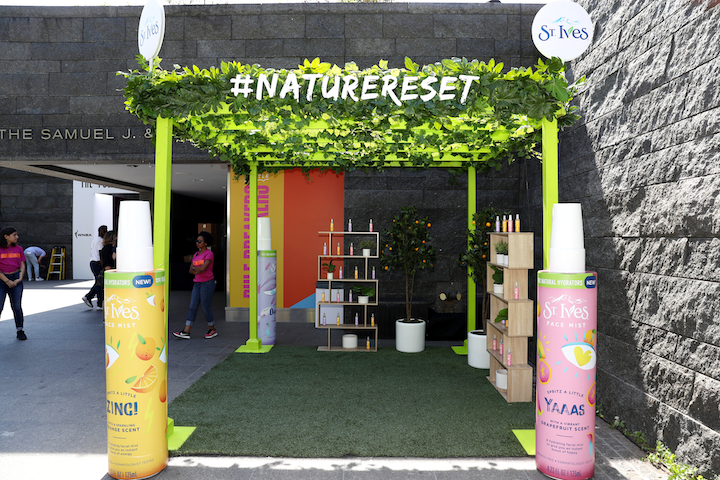 At the St. Ives activation, festivalgoers cooled down at the refreshing misting station.
Photo: Bennett Raglin/Getty Images for Bustle 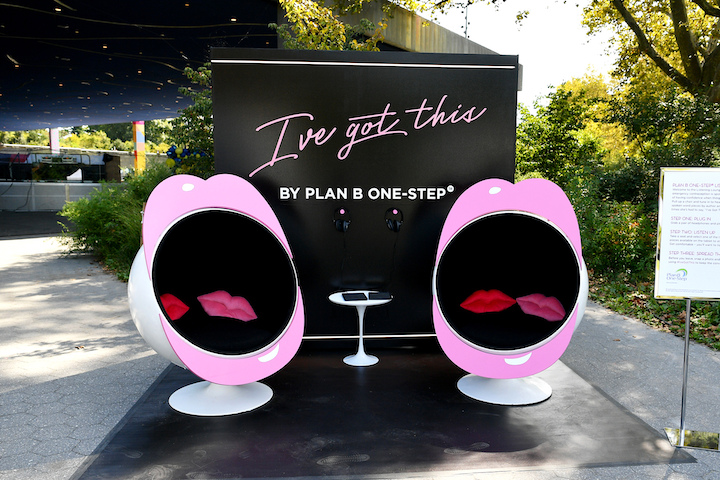 At the Plan B One-Step lounge, guests could relax in pop art-inspired chairs and listen to spoken word pieces from Aija Mayrock.
Photo: Dia Dipasupil/Getty Images for Bustle 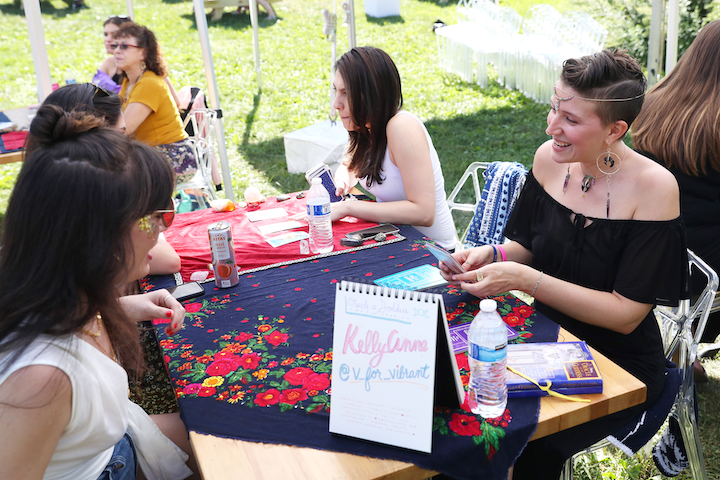 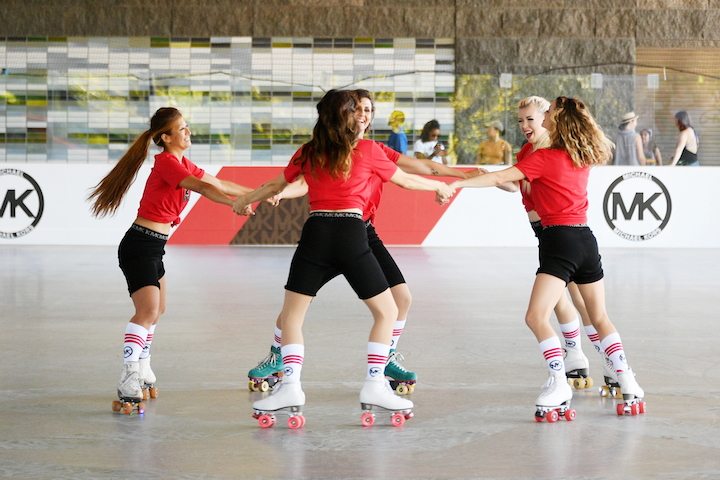 At the Michael Kors roller rink, attendees could don a pair of skates and glide around the rink.
Photo: Dia Dipasupil/Getty Images for Bustle 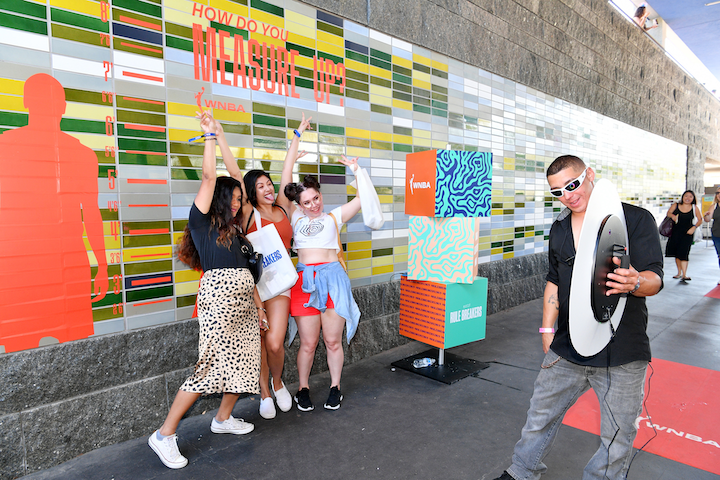 Inside the W.N.B.A. tunnel, attendees could see how they measured up against players.
Photo: Dia Dipasupil/Getty Images for Bustle 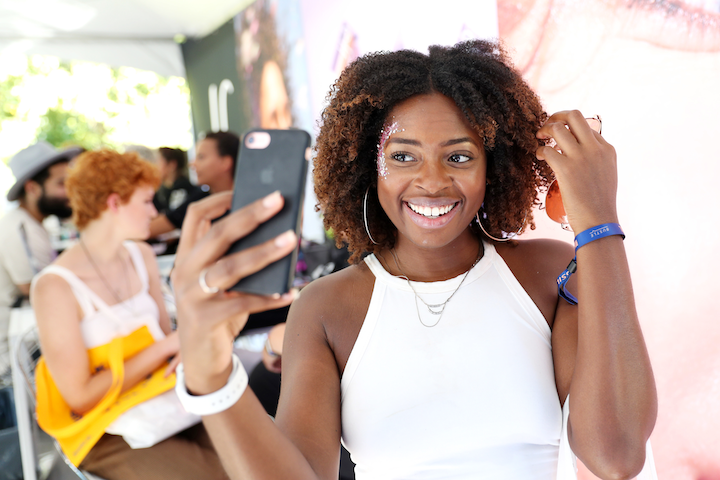 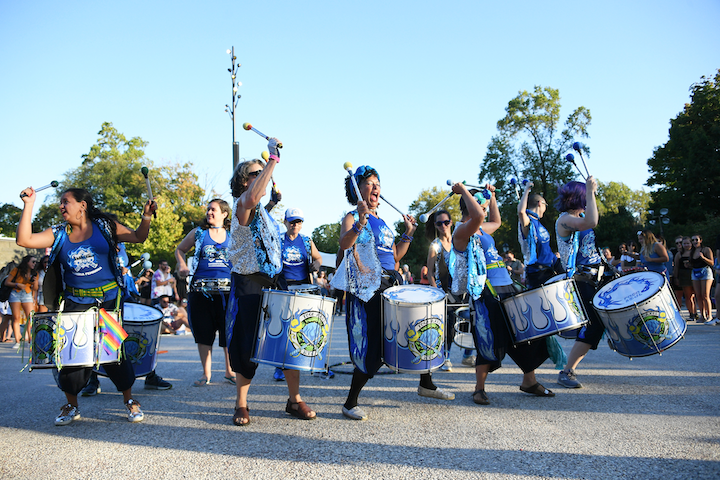 Fogo Azul was one of the local acts that performed throughout the day.
Photo: Dia Dipasupil/Getty Images for Bustle 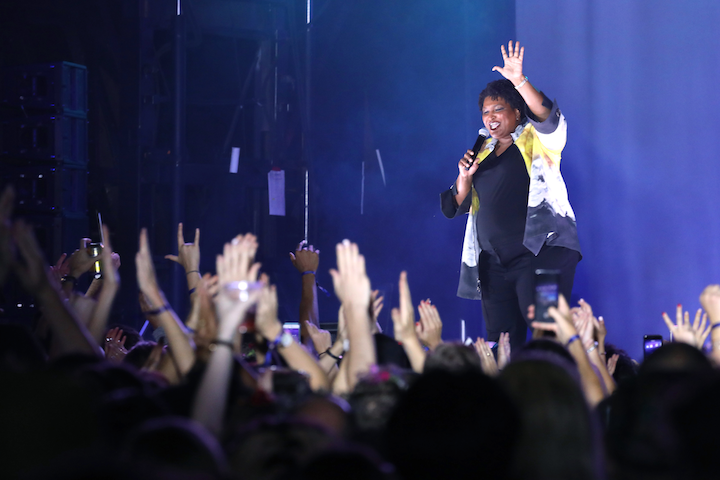 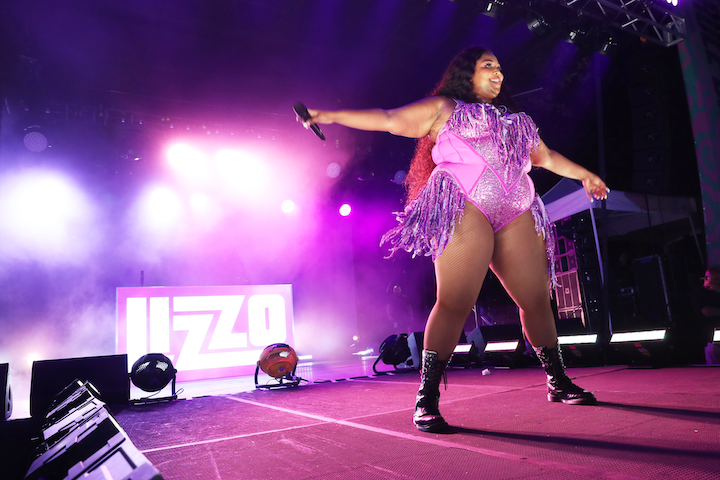 Lizzo closed out the festival with a performance that included her hits such as "Tempo" and "Truth Hurts."
Photo: Bennett Raglin/Getty Images for Bustle
More in Experiential, Activations & Sponsorships