Need some inspiration? Here's a look back at Google I/O's most creative activations and festival-style event design over the years.

Each year, Google I/O offers event professionals seemingly endless inspiration in the form of out-of-the-box photo ops, innovative activations, and festival-style event design. While this year's developer conference, originally scheduled to take place May 12-14 in Mountain View, Calif., has been canceled due to the effects of the coronavirus pandemic, we're taking a look back at some of the event's creative highlights that drew thousands of attendees each year. 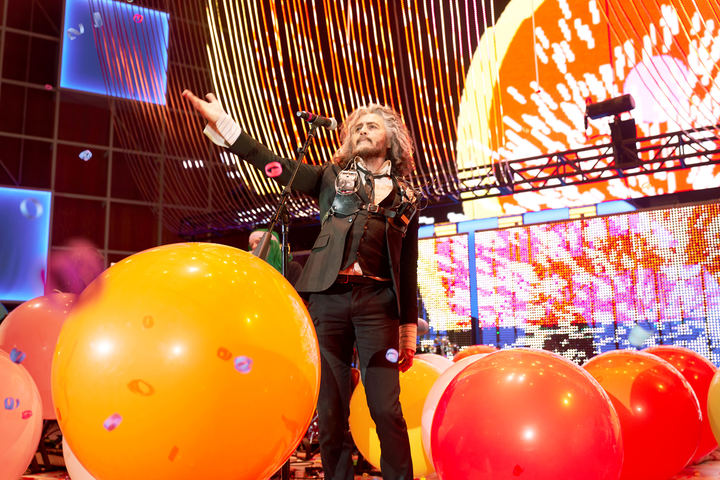 For its 2019 edition, "We really leaned into how technology plays a role in the arts and culture,” said Amanda Matuk, executive producer of Google I/O. “Technology isn’t just devices and bits of code. It’s actually what drives innovation in the art world these days.” To that end, Google I/O highlighted the intersection of creativity and technology during its After Dark evening events. In one buzzy moment from Google I/O’s festival-style evening events, Wayne Coyne from the Flaming Lips performed a song accompanied by AI-enabled inflatable fruit. See more: Most Innovative Meetings 2019: #10 Google I/O
Photo: Courtesy of Google 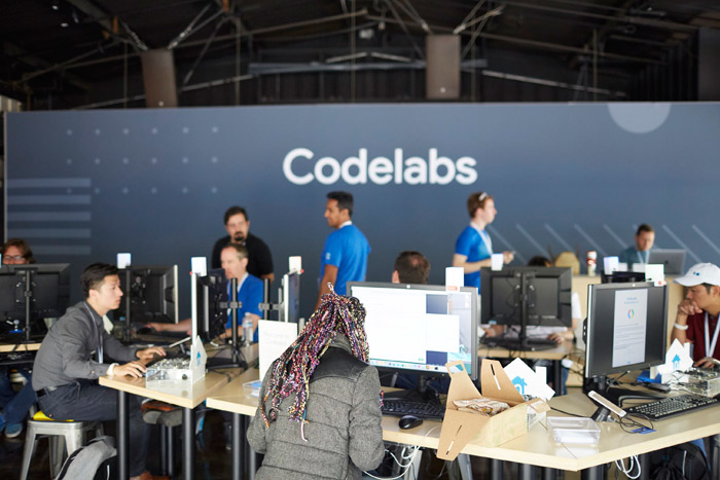 For its 12th annual conference in 2018, the conference expanded into the neighboring lot, which had been used for bus pick-up and drop-off in previous years. Organizers added a ninth stage, allowing for a more robust schedule of content that accommodated more people. The event grew from a content perspective as well. With the main goal of educating—and celebrating—Google’s developer community and organizers added a new series of inspiration sessions. “Those are the sessions where folks can come in and learn hardcore coding skills [shown here] and get information from our new platforms and services, like Firebase, and the latest updates to the Android operating system,” Matuk said.
Photo: Courtesy of Google 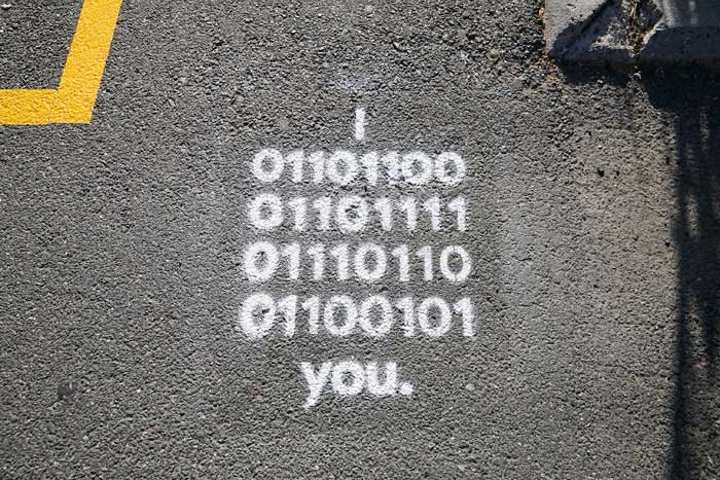 Tongue-in-cheek signage on the ground added a fun touch for the crowd of developers, including one that spelled out “I love you” in binary code. See more: How Google's Annual Conference Continues to Innovate—and Expand
Photo: Courtesy of Google 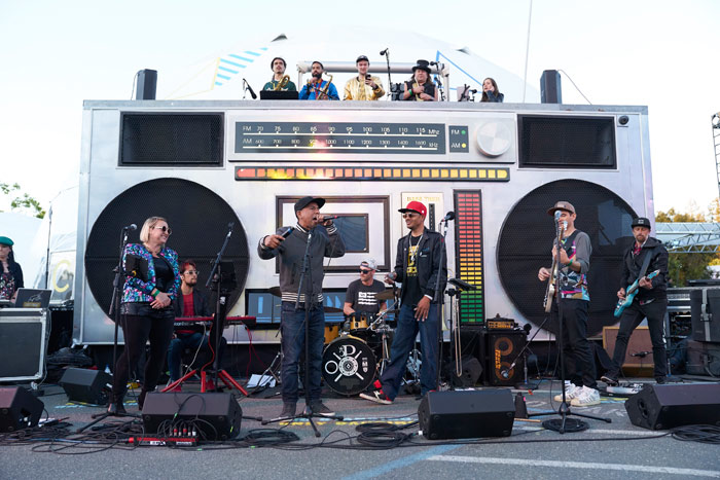 New to the 2017 I/O event, organizers amped up their efforts to engage the event’s global audience, known as Google I/O Extended. About three million people experienced the event online and at more than 600 events around the world. Matuk said Google worked more closely with developers that hosted those events, helping them line up local speakers and providing decor so their gatherings had a clearer connection to what was taking place at Shoreline. For the outdoor entertainment, a massive boombox served as the backdrop for a hip-hop band and DJ at the Block Party on the first night of the conference. The event included additional entertainment, an arcade, a virtual-reality movie experience, food, and more.
Photo: Courtesy of Google 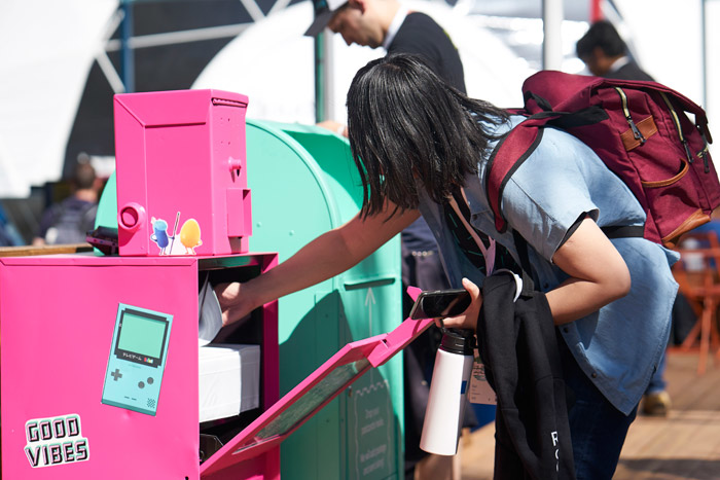 For one activation, organizers provided pre-stamped postcards and invited attendees to write a note to a colleague, friend, or family member and drop it into one of the mailboxes located around the event. Matuk said the purpose was to create a “nice human, analog moment in a digital, tech-forward environment.” See more: Google Shifts From Festival Vibe to Neighborhood Design for I/O 2017
Photo: Courtesy of Google 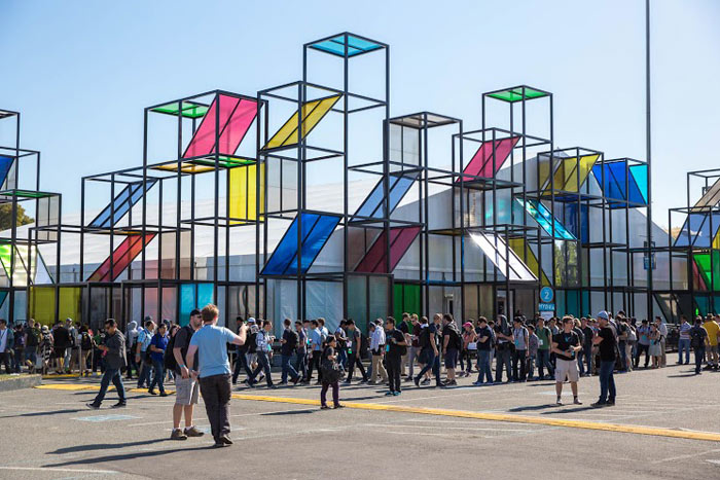 The 2016 I/O conference had marked a complete reinvention of the event, with a new venue—Shoreline—and a radical new design inspired by music festivals such as Coachella. Outside the amphitheater, in what was the venue’s parking lot, organizers created a “festival village,” where the bulk of the program took place in 10 fully enclosed stages, ranging from clear span structures to geodesic domes, and several open-air tents. During the day these spaces hosted highly technical sessions on topics such as virtual reality, apps, and web interfaces, and in the evening crews converted them into entertainment areas, such as an arcade with interactive video games and a virtual planetarium that used projection mapping to display the constellations on the ceiling. Pictured here, organizers used a variety of materials and colors to decorate the 10 tents that housed the breakout sessions to create a fun, festival atmosphere.
Photo: Courtesy of Google 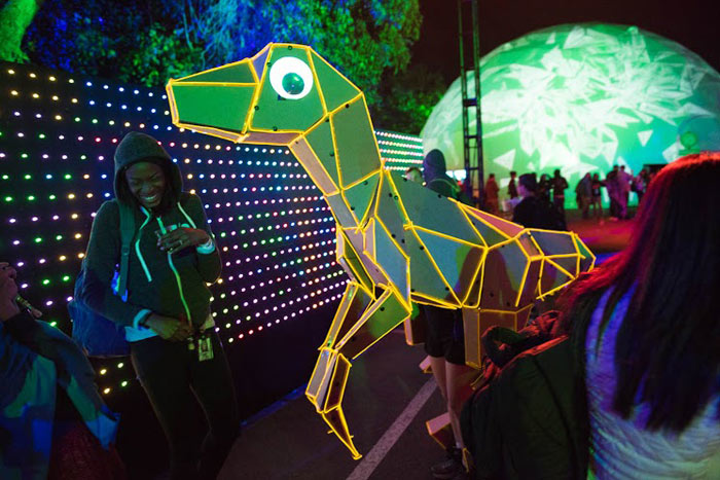 At night, performance artists, DJs, and colorful lighting added to the festival vibe. By reusing the spaces from day to night, and using economical decor such as recycled materials, corrugated metal, and fabrics to create a laid-back atmosphere, Matuk said they were able to host two evening events—an opening night concert from Charlie XCX and Kygo and an after-hours party the second night—for the cost of one night of entertainment last year.
Photo: Courtesy of Google 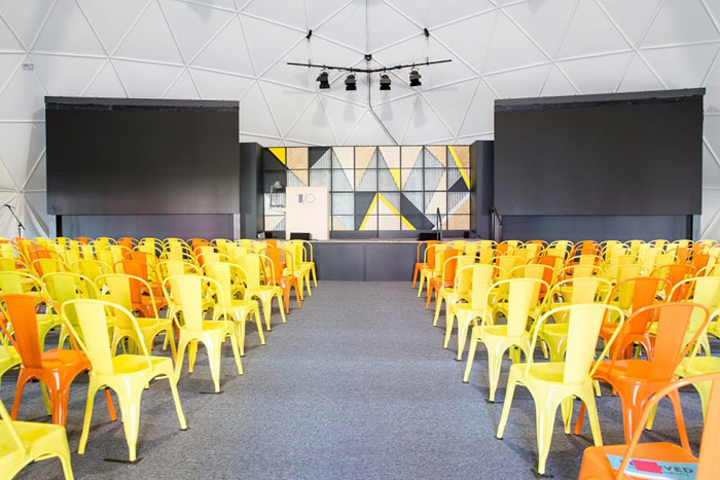 Breakout sessions took place in 10 fully enclosed stages around the event, with the smallest seating 100 people and the largest seating 1,200. Vibrant seating in hues of yellow, blue, and more added a pop of color to each space. See more: See How Google Gave its I/O Conference a Fun, Festival-Like Vibe
Photo: Courtesy of Google
More in Experiential, Activations & Sponsorships