Correspondents' Dinner Preview: What BuzzFeed, Rock the Vote, Politico, and Others Are Doing This Weekend 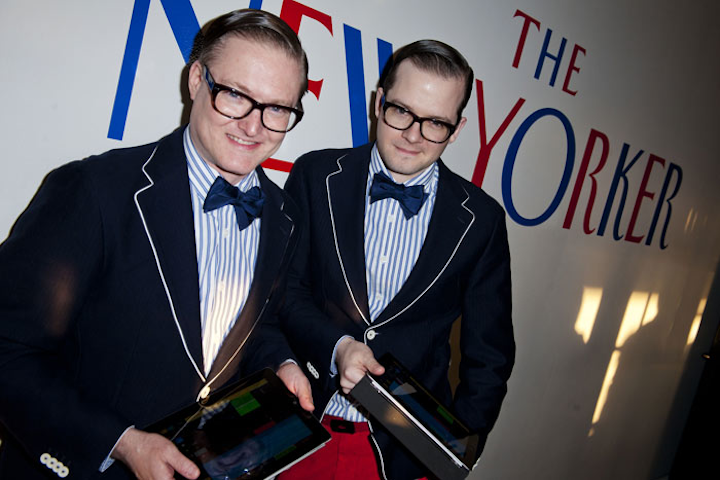 The Hollywood Reporter is out, BuzzFeed is in. At least when it comes to this year's events surrounding the White House Correspondents' Association dinner. The long weekend of events—often referred to as "nerd prom"—will draw a slightly different mix of celebrities, journalists, and policy wonks to the nation's capital.

Absent from this year's lineup are Google and The Hollywood Reporter, which last year hosted a party at the W hotel; and NPR, which last year hosted "Friday Night Spin" at the Gibson Guitar Showroom with Solange Knowles as DJ. The changes reflect a less celebrity-focused weekend following criticism of the event that it was too focused on Hollywood last year—embodied by Kim Kardashian and Lindsay Lohan attending the dinner.

Other changes include new media brands joining the festivities. One new event is "BBQ With BuzzFeed," a watch-party from the online news organization. Protocol usually calls for predinner cocktail receptions in various meeting rooms at the Washington Hilton, followed by a pause for the actual dinner in the ballroom, and then post-events across town. But BuzzFeed will have its event during the actual dinner, followed by a DJ and desserts. Geico is sponsoring the bash at Jack Rose Dining Saloon with a transportation twist: It will offer pedicabs for guests seeking to shuttle to the barbecue and promises to deliver them in 15 minutes or less.

Also new this year: a gifting suite from GBK and the Creative Coalition. The "Thank You Lounge" for celebrities and Washington V.I.P.s is being offered Friday in conjunction with the Creative Coalition's Advocacy Day, which encourages lawmakers to support funding for the arts. The organization, along with Lanmark Technology, will host its Celebrate the Arts in America dinner that night at Neyla.

Other aspects of the weekend will be familiar. Media brands such as MSNBC, Vanity Fair, and Time Inc. are returning as hosts of various fetes throughout the weekend. At MSNBC's event at the Italian Embassy, the Roots will perform and Occasions Caterers will offer a roving raw bar and pop-up buffet stations in addition to a menu of passed hors d'oeuvres. Rachel Maddow will once again serve as bartender.

On Thursday, the Spin Room With Rock the Vote will take place at the new D.C. club Heist. The event, which celebrates new media and civic engagement among young people, will include entertainment from DJs Rar Kelly and Adam to the Max, print-ready photos by Poshbooth, and treats from Baked by Melissa. Some guests will have their hair and makeup done by sponsoring salon Luigi Parasamo and beauty line Lindsay Ebbin.

Corporate sponsors have signed on to other events, such as Capitol File's after-party at the Carnegie Library. The Bipartisan Policy Center is presenting the event along with Clear Channel Communications, the Entertainment Software Association, Mercedes-Benz, Corona Light, Reyka Vodka, and Saks Fifth Avenue. Coca-Cola is a sponsor of The Hill's cocktail reception Friday at the Turkish ambassador's residence, and Louis Roederer Champagne is a sponsor of the New Yorker's event Friday on the rooftop at the W hotel.

Politico will host its annual garden brunch Sunday at the Georgetown home of publisher Robert Allbritton. Wolfgang Puck's the Source will cater the 250-person event—with Puck attending as a guest. The menu will include a made-to-order eggs benedict station and a citrus fizz specialty cocktail Politico created with spirits partner Diageo.

The Atlantic will host several events this year, including the annual welcome dinner at the home of Atlantic Media chairman David Bradley, followed by its "Making News" party with the National Journal and OurTime.org at the new Georgetown event venue the Powerhouse.

The White House Correspondents' Garden Brunch Saturday, sponsored by Tammy Haddad and others, is this year celebrating its 20th anniversary. It returns to the Beall-Washington House and benefits Cure Epilepsy and the Miss America Foundation.

The Correspondents' Association dinner itself will feature comedian Conan O'Brien as host, who previously helmed the dinner in 1995. President Obama also is expected to deliver Washington-themed jokes and has previously used The Daily Show writers to help with the humor. But with O'Brien a Boston native, and the dinner coming so close to the twin bombings at the Boston Marathon, the evening also has potential for somber moments. It will air live on C-SPAN.