Give back this holiday season with inspiring group events that benefit employees and local communities. 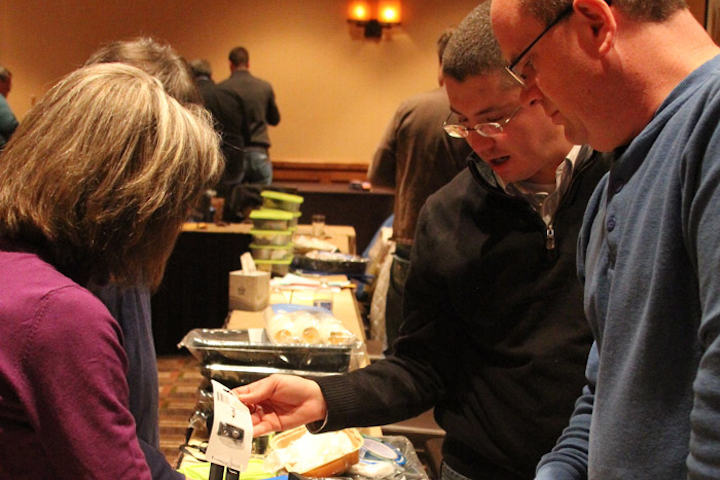 Teambuilding activities can be especially meaningful when paired with a corporate social responsibility (C.S.R.) element that benefits a community or charity. For event planners looking for the next great idea beyond building bicycles and planting trees, these activities offer a fresh perspective for groups.

Prepare School Breakfast
For a June meeting in Montreal, a pharmaceutical company staying at Fairmont the Queen Elizabeth worked with the hotel, Montreal-based event company Othentika, and locally based sustainable food broker La Tablée des Chefs to make granola for a school breakfast program for low-income kids. The 270 participants were divided into teams and given the basic ingredients to make the snack. To add a competitive element, the six teams raced to see how many individual bags of granola they could make in the allotted time. “Teams are encouraged to find better ways to function, so you see who are the creative types, the leaders, the methodical or artistic ones,” hotel spokeswoman Joanne Papineau says.

“The teams were made up of employees from all over the country and different business units, so they didn’t necessarily know each other,” Dyer says. “It was a very intense, high-energy competition. And everybody knew this was going back to a child, so it just made it fun.”

Lend a Hand to Local Homeless Shelters
Andy Sharpe, founder of New York-based teambuilding company Song Division, is bringing an event previously successful in Sydney, Australia, and Toronto to the United States this October for the IMEX America meeting and incentive industry trade show in Las Vegas. At the convention, roughly 30 attendees will visit a local homeless shelter, where they will interact with residents and do upkeep around the facility. Then, Song Division will group attendees into teams of 10 and pair them with a professional songwriter, who will help each team produce an original song about the experience. The three-hour event will end with a filmed performance of the group’s creations (professional musicians pitch in to alleviate any stage fright), and the instruments will be donated to kids living at the shelter. Sharpe says that in the future his company plans to add a guitar-building activity to the offering.

Decorate Area Libraries
Alexandria, Virginia-based Catalyst Teambuilding USA worked with Bank of America in the bank’s hometown of Charlotte, North Carolina, on a series of teambuilding activities, which were completed over the course of several months earlier this year, for its sales meetings. The groups of roughly 100 were divided into 15 teams and given panels that made up parts of a mural. The finished, brightly colored artwork was donated to area libraries. The teambuilding part of the activity, which was called the Big Picture, came into play with the paint, says Catalyst president Jim Waller. “What was great about the event is we gave teams only six colors of paint, so they had to create colors and coordinate with the other teams so adjoining panels matched.”

Support Disabled Veterans
When pharmaceutical company McKesson held a sales meeting in San Francisco for 80 of its salespeople, it worked with Stoughton, Massachusetts-based TeamBonding on an activity to build wheelchairs for a disabled veterans group. The event started off with a trivia contest. “For correct answers, ­[players] earned chips, and they used those to ‘buy’ tool kits and wheelchairs,” says TeamBonding’s San Jose-based lead facilitator, Michael Riley. “They put together the backrests, footrests, and leg pegs.” (TeamBonding inspects the finished wheelchairs prior to their donation.)

“The client can make it more of a competition, and members have to delegate responsibilities,” he says. The wheelchairs, which can retail for hundreds of dollars—an amount recipients can’t afford—were then presented by attendees, who also created a marketing presentation on the chairs.

Assist Animal Rescue Groups
Sharon Fisher, president of Orlando-based Play With a Purpose, organized a daylong “Barkitecture” event for tech distribution and services company Wesco. The group competed to earn points to “buy” materials to build doghouses, which were then donated to a local animal rescue group. Fisher says the group’s size—135 people—was a challenge for the February event, as was its time constraint, which required having the group perform the project in waves. “They didn’t have a two-hour block, so they did it during breaks and lunches,” she says. The first wave played the games to earn points, the second group handled the construction, and the final group decorated and customized the new doggie digs.

Assemble Disaster Relief Kits
A group event in February by Denver-based CBST Adventures, which involved creating disaster kits for flood-ravaged Colorado, had an extra bonus, according to the group’s event planner. “This was just a way to build team camaraderie and give back to the community, but it also showed the new company who we were,” says Leslie Syniec, consulting talent acquisition lead at Infolink Consulting, which was being acquired by accounting firm EKS&H when the event took place. The group conducted a GPS scavenger hunt in Blackhawk, Colorado, to accrue points to “buy” supplies for flood relief kits that were donated to a local charity.