Children's Memorial Hospital launched its \"Heroes for Life\" initiative with an event that played off the campaign logo and took advantage of the night sky.

On Wednesday night, Children's Memorial Hospital invited 800 donors and community members to an event on Northerly Island. The evening—replete with multiple forms of live entertainment and a custom fireworks show—served as a launch for the hospital's new "Heroes for Life" campaign, which will raise funds for the Ann & Robert H. Lurie Children's Hospital of Chicago, slated to open in Streeterville in 2012.

"The main goal of the evening is to publicly announce our fund-raising campaign and the [$600 million] goal...which is one of the largest ever announced by a U.S. children's hospital," said Jennie Steffus, vice president of annual programs and events for the Children's Memorial Foundation. "We wanted the opportunity to create excitement and pride around Children's Memorial, as well as recognize and thank our key campaign donors."

To help design the event, Steffus and her team called on the support of Event Architects—the same production company that helped with the hospital's April groundbreaking ceremony. "For the groundbreaking event, fabric was the big thing," said Emily Olson, a senior account manager with Event Architects. "This time, we went with beautiful lighting."

The event took place in a tent that was divided into two sections. In the northern end of the tent, a buffet dinner from Food for Thought offered sushi, wild mushroom risotto, and beef tenderloin. "We worked with our board leadership quite a bit to settle on the type of event that would allow them maximum time to meet and greet our donors," Steffus explained. "They didn't want a sit-down dinner because it would limit them to the nine other people at their table for the majority of the evening." In the center of the tent, a frosted Lucite bar was backlit in blue to provide a glowing visual centerpiece.

The dinner spilled outside, where lowboy tables bore linens of orange, green, and blue—the same colors featured in the campaign logo. The logo's color scheme was also echoed in the floral arrangements on each table, the rock-candy swizzle sticks that adorned the evening's specialty "Superhero" cocktail, and even the paper towels beside each sink in the restrooms.

Another element of the campaign logo—a cluster of stars—set the tone for the lighting in the southern end of the tent, where a special presentation took place after dinner. As guests took their seats, a pattern of glowing stars overtook the ceiling of the tent, giving it the look of a night sky. Dennis DeYoung, a Chicago native and former member of the band Styx, started the program off with a short set of his best-known songs, including "Babe" and "Come Sail Away." DeYoung interrupted his set to tell the crowd about his personal experience with Children's Memorial: In 1980, his son was treated at the hospital, "and he's here tonight, working the lights," DeYoung concluded.

Between a series of speeches from hospital staff and major donors, a brief video showcased interviews with children who had been treated at Children's Memorial, and guests began pulling out tissues—and, in one case, a bottle of eye drops. "In that five-minute video, I felt like I really connected with each of those children," one guest remarked. "I've seen two-hour movies that don't allow me to connect with a character as much. I am definitely donating."

The presentation ended with a performance of an original campaign song, sung by Broadway star Heather Headley. As Headley sang, 35 members of Chicago's Star Bright gospel choir appeared at the back of the room, then made their way down the aisles as they sang along. Onstage, former Children's Memorial patients—some of whom appeared in the video presentation—stood holding black panels adorned with glittery numbers. When they stood in a line, the children's signs combined to spell out "$600,000,000" (the campaign goal).

The music continued into the evening's dessert reception, where blues performer Buddy Guy sang as guests loaded their plates with crepes, cookies, tarts, and chocolate from the stations. Hospital staff circulated with glowing star necklaces and urged guests to head to the lawn outside the tent, where a custom fireworks show took place. When the display was over, the crowd of guests in glowing necklaces created its own scene of lit-up stars on the dark lawn. 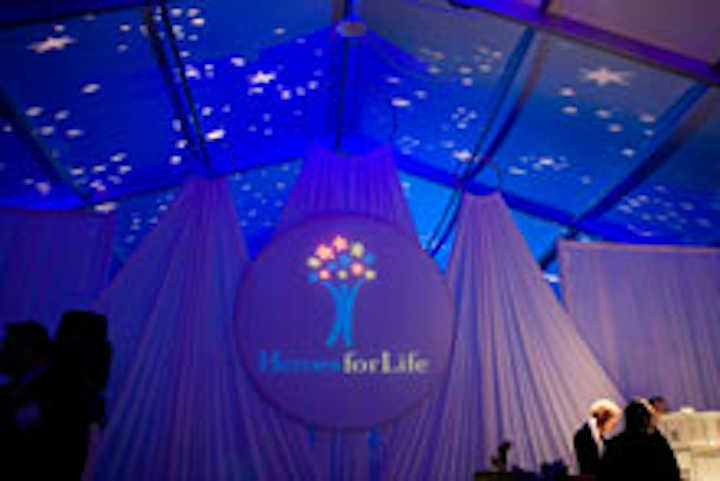 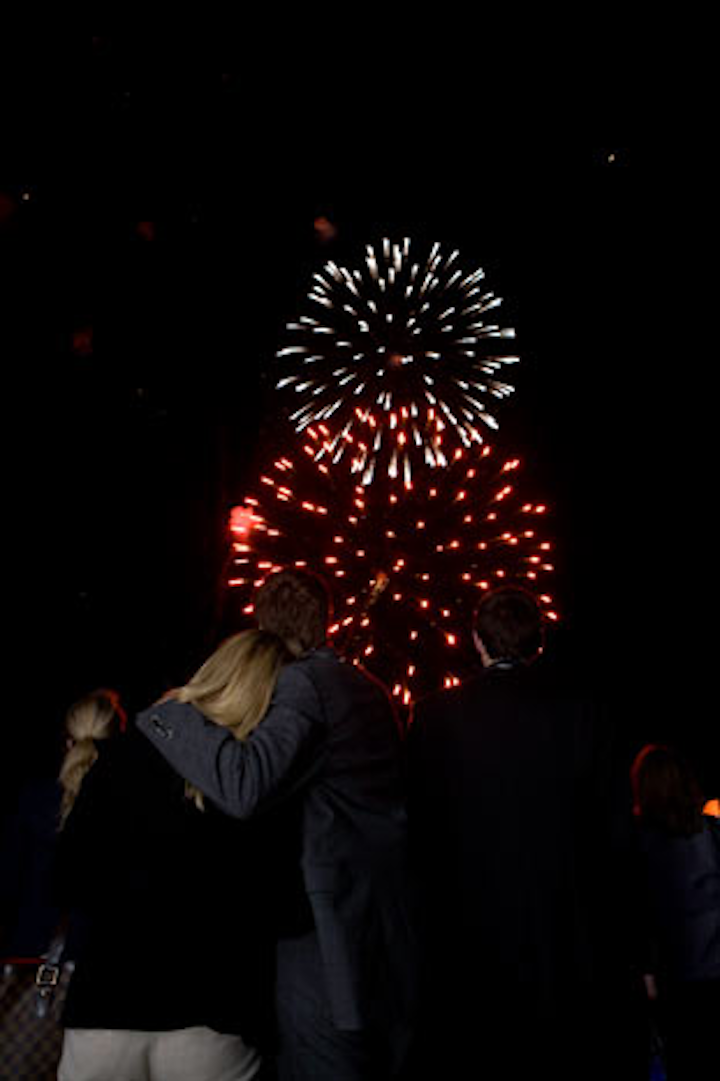 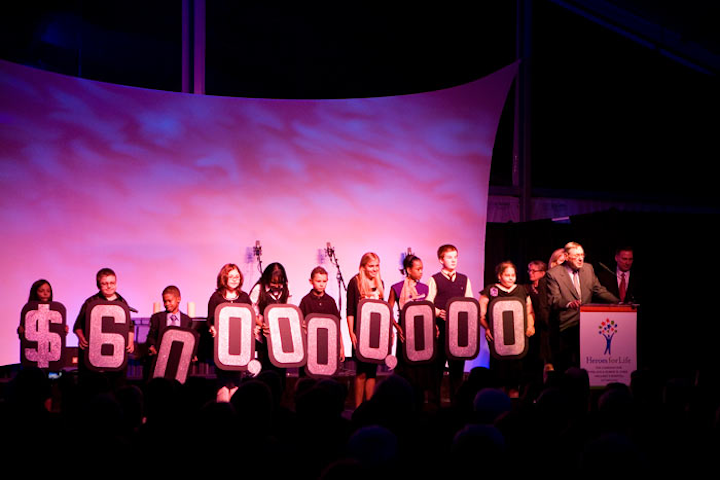 Children who had been treated at the hospital helped announce the campaign goal with glittery signage.
Photo: Josh Sears 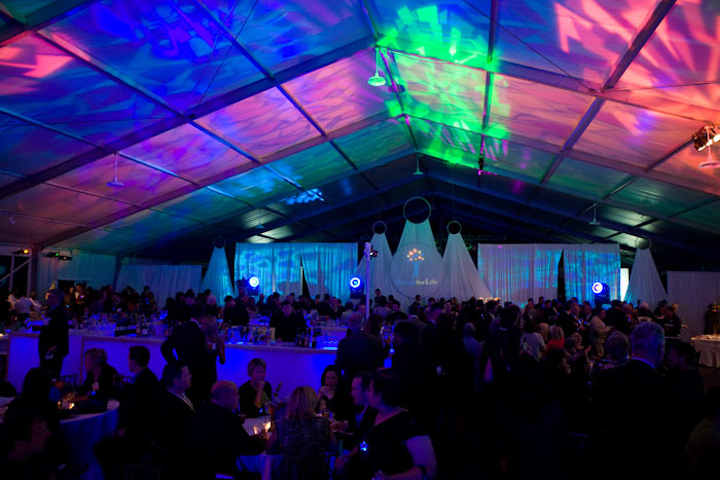 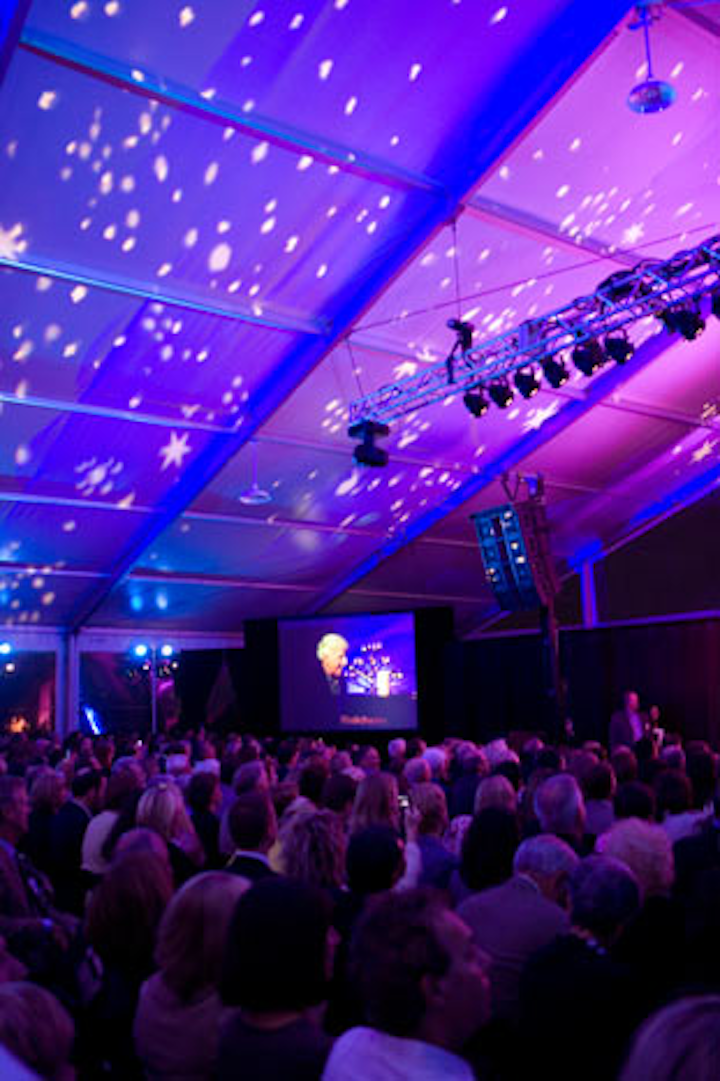 During the presentation, starry projections covered the ceiling of the tent.
Photo: Josh Sears 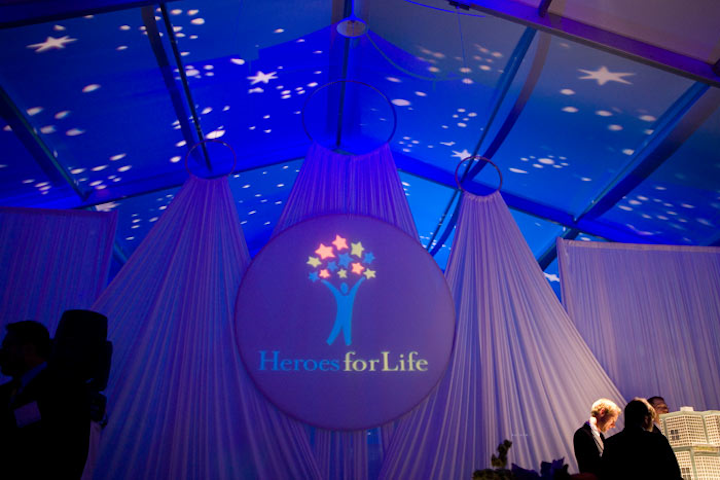 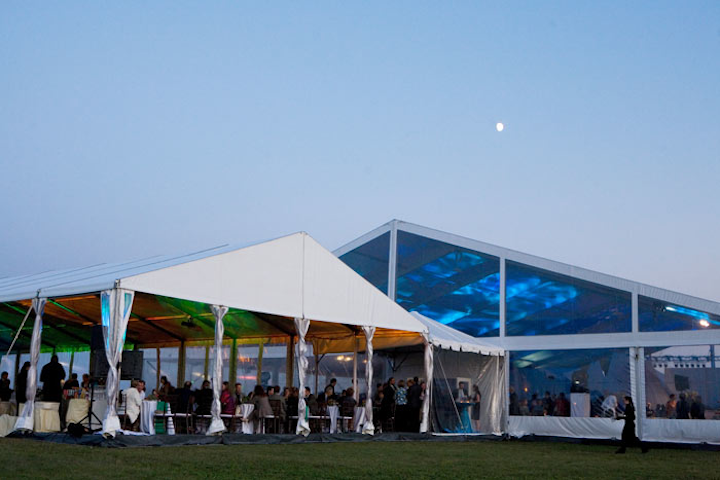 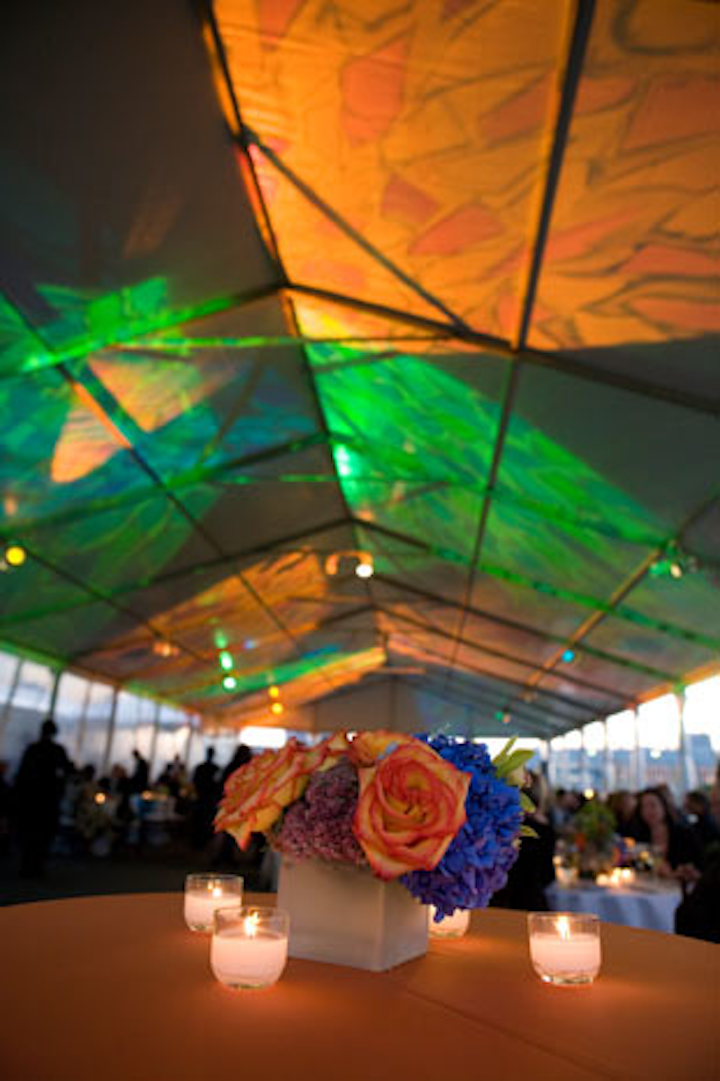 The campaign logo's orange, blue, and green color scheme appeared in almost all the decor elements, including flowers and lighting.
Photo: Josh Sears 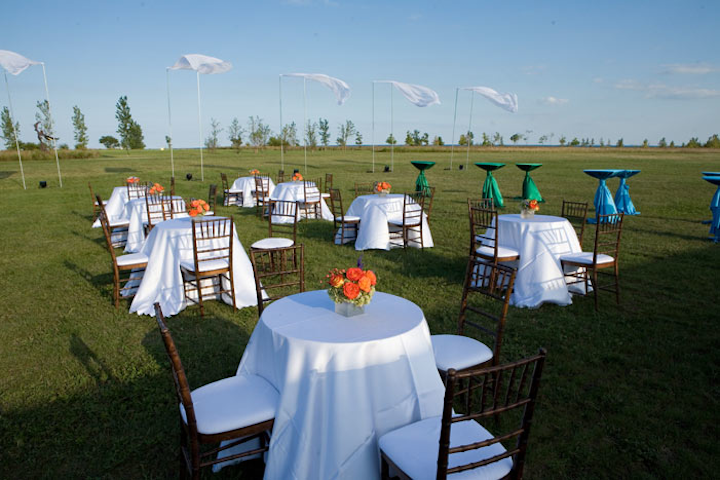 The cocktail reception spilled out onto the lawn outside of the tent.
Photo: Josh Sears
More in Programming & Entertainment