Carla Warrilow
The second-annual Toronto Christmas Market took over the historic Distillery District from December 2 to 18. Modeled after traditional European Christmas markets, the outdoor festival featured holiday entertainment, craft and artisan vendors, and specialty foods. Armed with photos of last year’s inaugural market, garnering sponsors and media attention was much easier this year. “It was a hard concept to market, unlike a jazz festival, which is self-explanatory," said Mathew Rosenblatt, festival C.E.O. and director of real estate development at the Distillery District. "Last year when we were approaching people, they didn’t know what we were talking about, and this year, they approached us.”
Last year, the footprint was smaller, Rosenblatt said. In fact, the event grew in nearly every way; the market ran for 17 days this year, up from 10 last year, offered longer hours, and was physically larger, taking up more of the Distillery District’s cobblestone streets. Guest attendance also saw a spike. Rosenblatt estimated that 150,000 to 175,000 people visited the market this year (up from 110,000 last year), with about 30,000 people attending on a given Saturday.

Sponsors made more substantial financial commitments this year and in return had more of a presence in the market. MasterCard, for example, offered complimentary gift-wrapping to visitors who used their MasterCard to purchase items at the market, and Merci chocolates had visitors signing an eight-foot thank-you card. 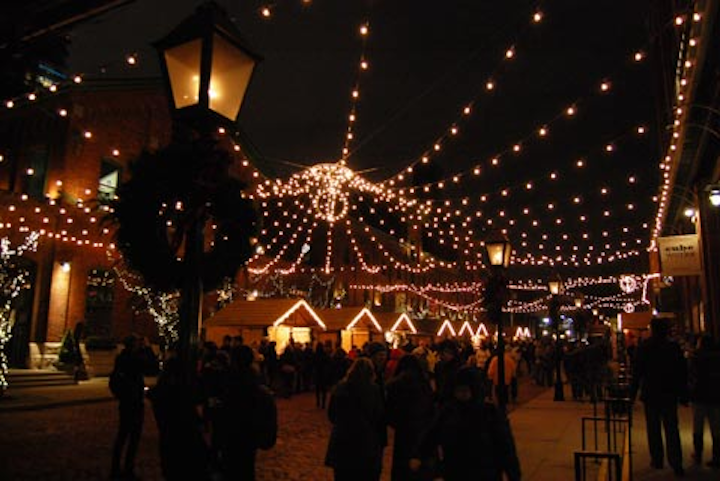 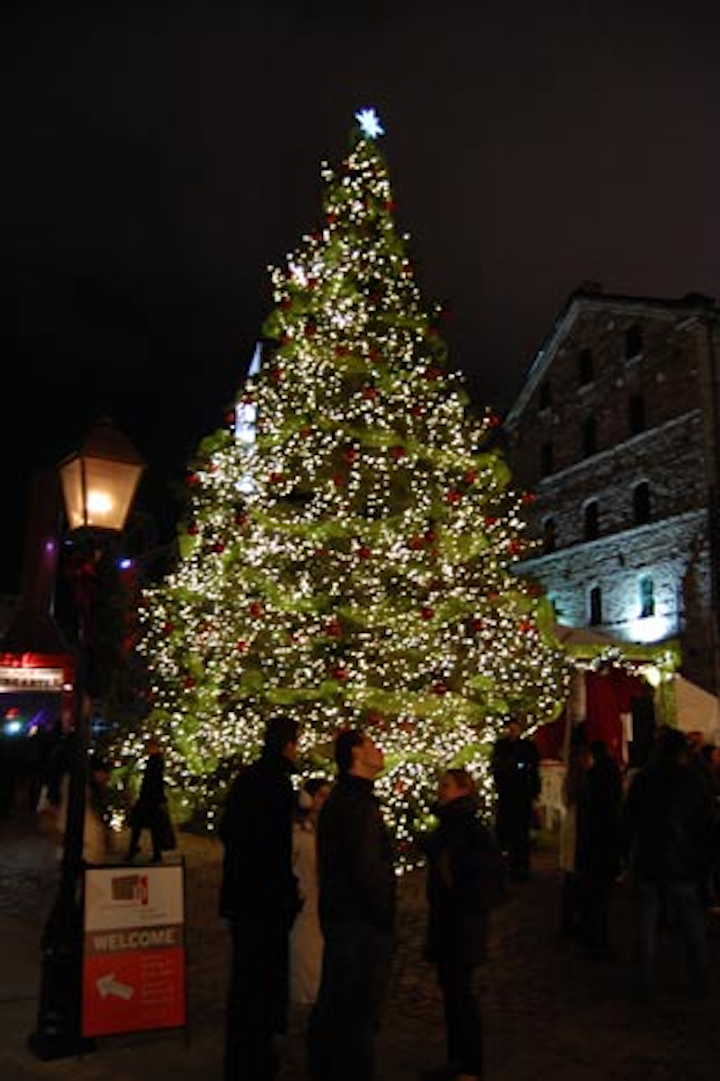 Eighteen-thousand lights and ornaments decorated the 45-foot white spruce tree in the centre of the market. The tree was donated by Trees Ontario.
Photo: BizBash 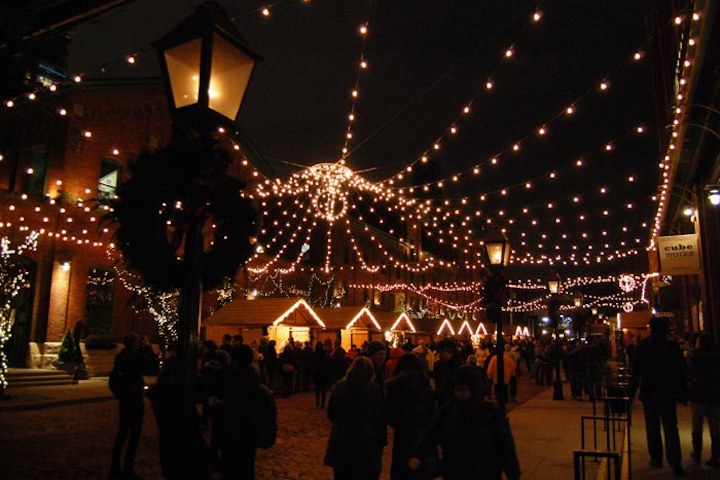 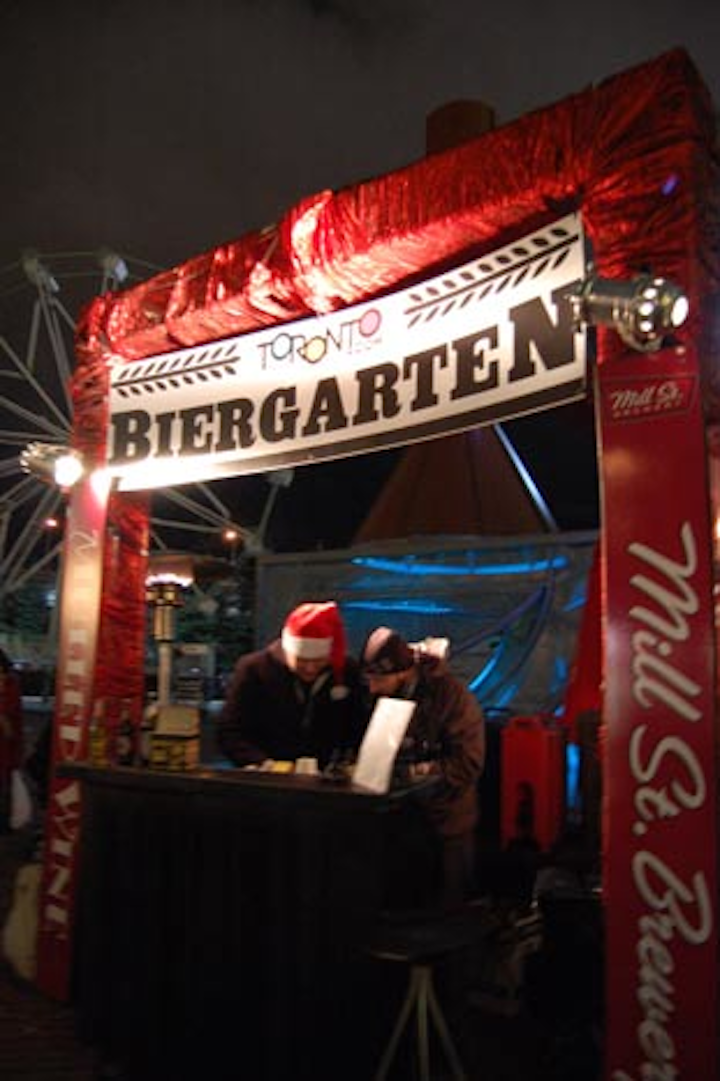 Guests could buy beer or mulled wine, holiday cocktails, and schnapps from kiosks and beer gardens. On the weekends, the entire market was licensed to serve alcohol, which allowed guests to wander, drinks in hand.
Photo: BizBash 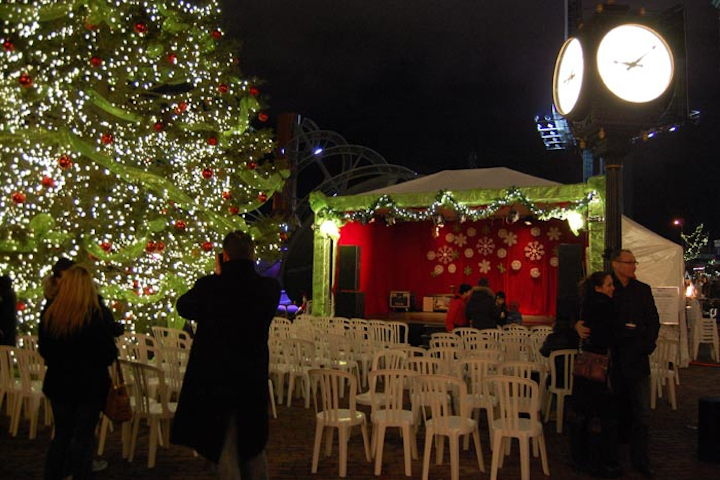 Holiday entertainment including carolers, bands, and children's choirs was scheduled for every day of the Toronto Christmas Market.
Photo: BizBash 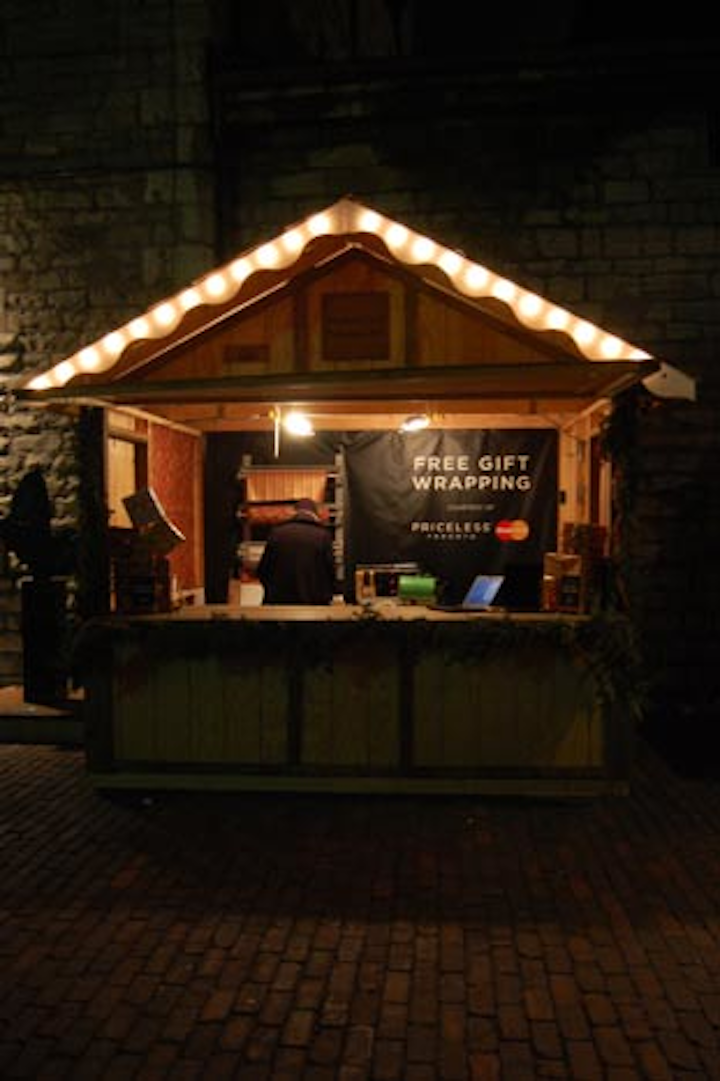 MasterCard offered complimentary gift-wrapping to guests who used their MasterCard to purchase items at the market.
Photo: BizBash 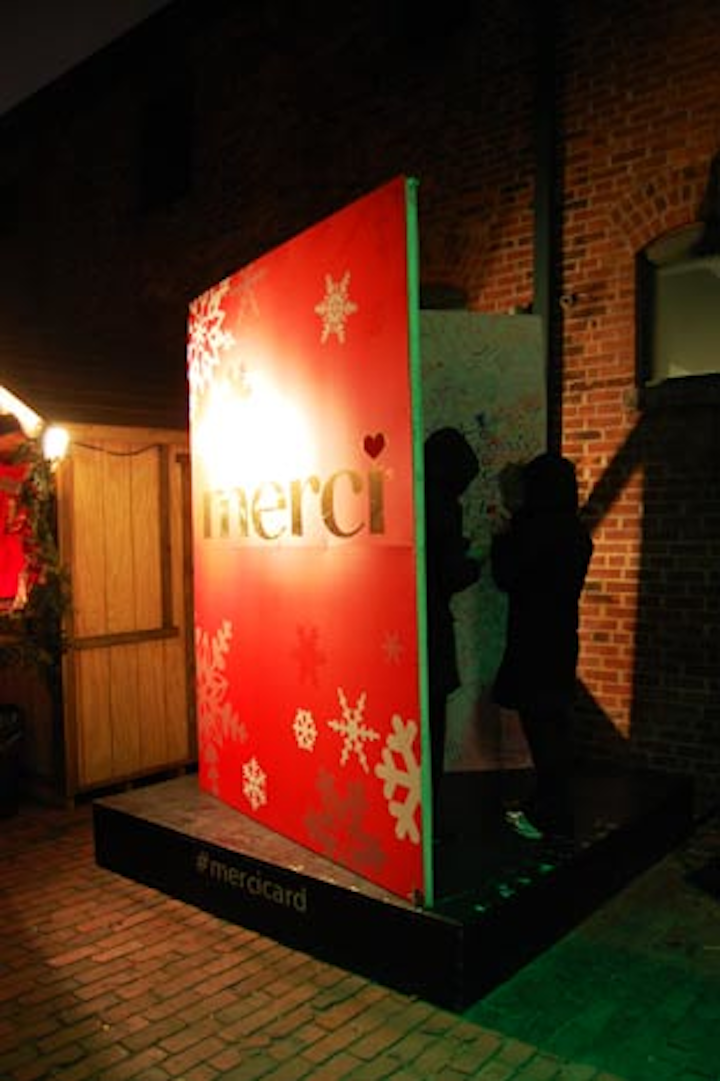