Dubbed "a Night Under the Czars," the Lyric Opera of Chicago's Fantasy of the Opera gala on Friday night channeled a faraway land. "We wanted a fun and unique theme and were inspired by a Russian opera, Boris Godunov, that played at the Lyric earlier this season," co-chairwomen Courtney Rosen and Nancy Temple said in an email statement. The event, which centered on a cabaret-style performance from Lyric singers, drew 600 guests and raised more than $470,000 for the company.

Two new vendors—catering company Limelight and design firm Event Creative—helped infuse the evening with Eastern European tropes. "We were inspired by some of the pieces at the Hermitage Museum in St. Petersburg, such as the peacock clock and Faberge eggs, which Event Creative has incorporated throughout the opera house," Rosen and Temple added.

"Limelight wowed us at the tasting with a fabulous Russian dessert, pavlova," the co-chairwomen said of their vendor selection. The three-course dinner also included a roasted sweet local onion, mustard, and fennel tart, black bread with olive tapenade, and herb-roasted beef tenderloin filet with horseradish-Chantilly foam. Russian influence appeared in the cocktail hour as well, when servers circulated with vodka-based Moscow Mules. 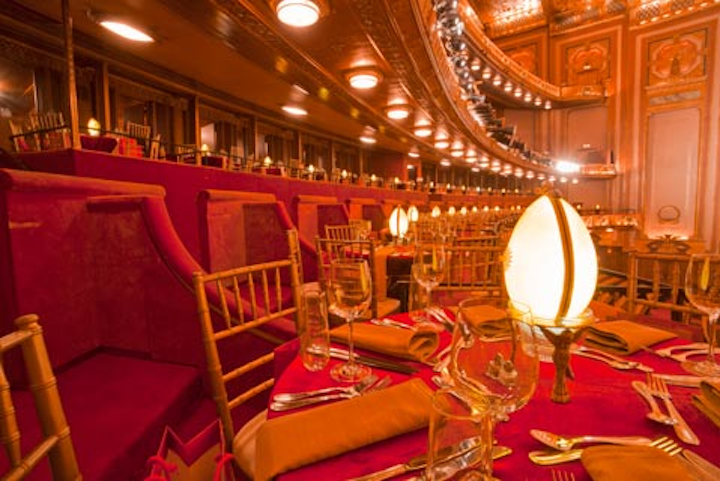 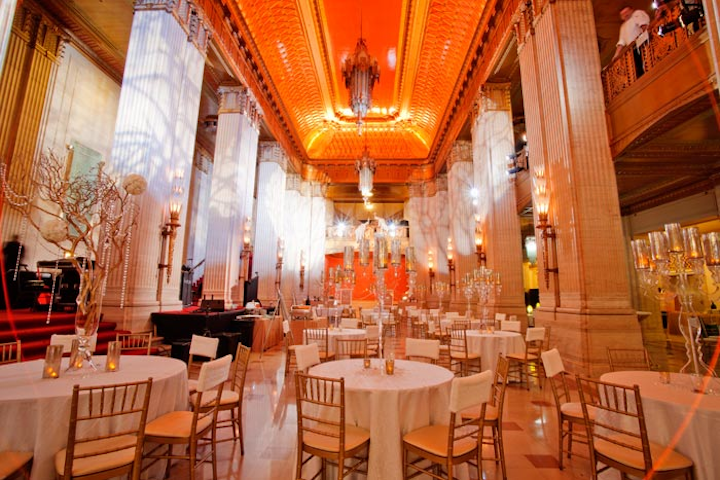 With the "Night Under the Czars" motif, the event at the Civic Opera House had Russian-inspired decor from Event Creative.
Photo: Josh Sears/Event Creative 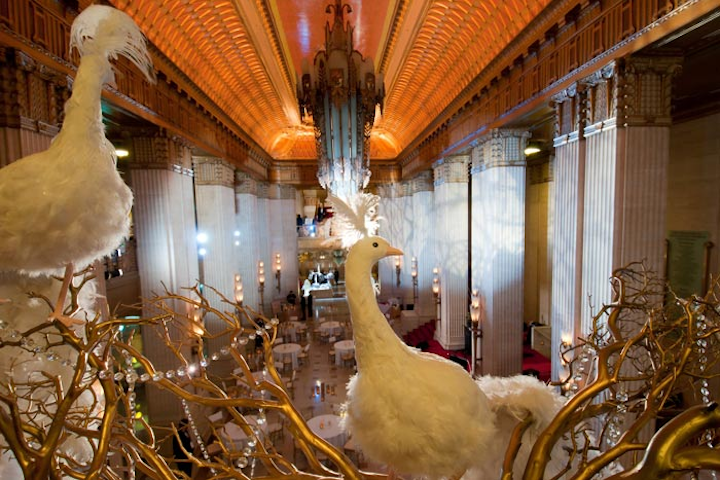 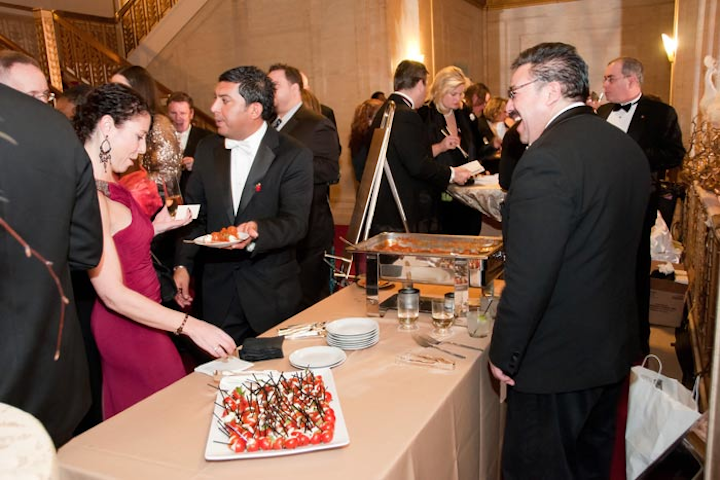 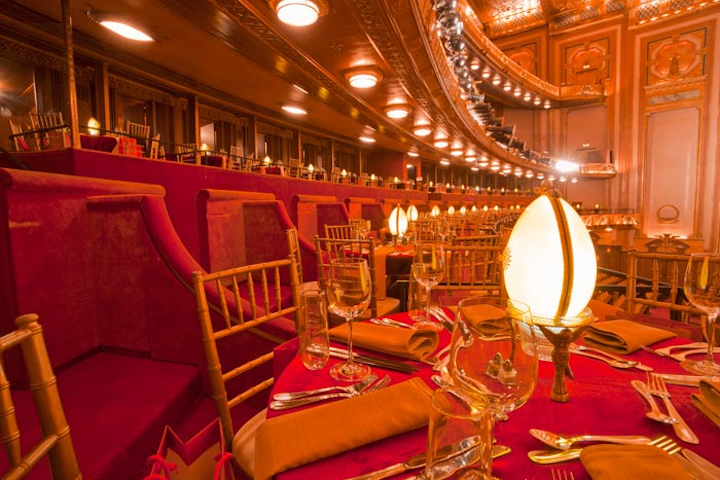 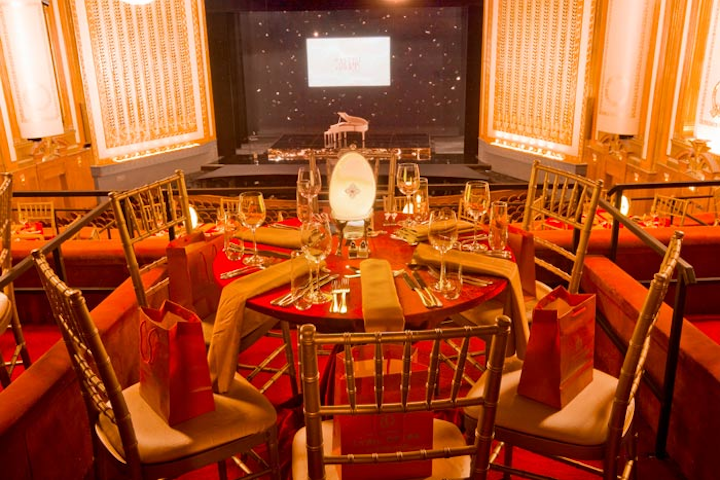 The opera boxes looked out onto the stage, where a cabaret-style performance from Lyric singers included songs such as "Piano Man," "Somewhere Over the Rainbow," and "Ol' Man River."
Photo: Josh Sears/Event Creative 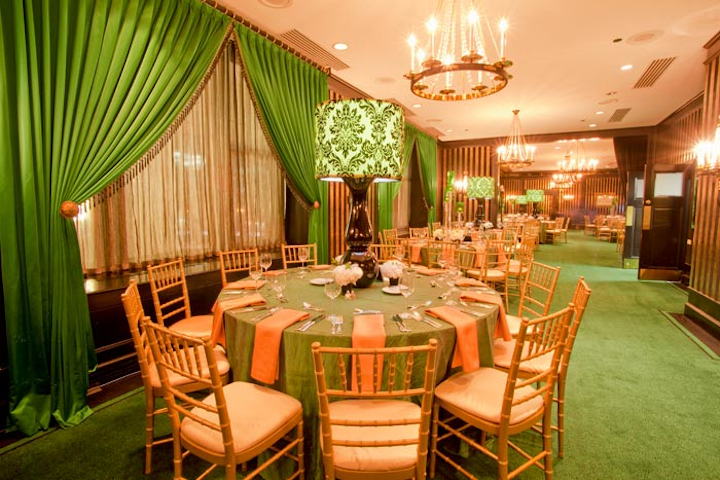 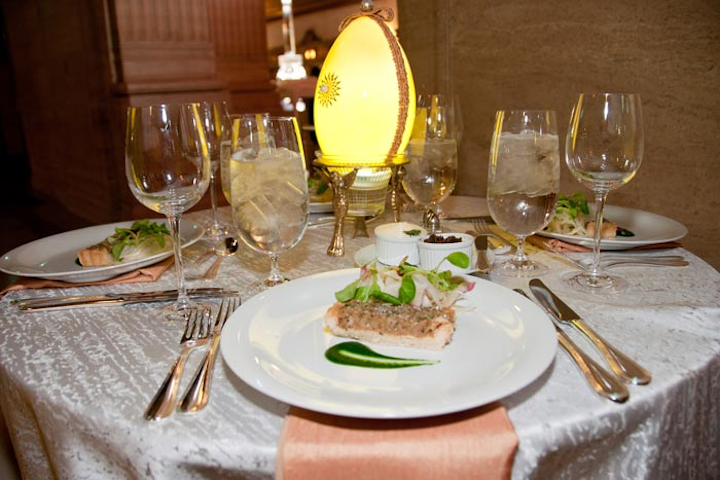 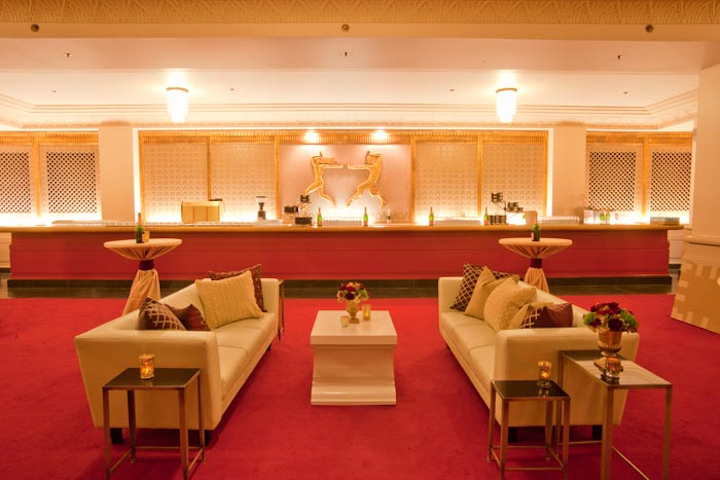 After dinner, a portion of the evening known as "Dessert Fantasy" offered pastries, liqueurs, and chocolates in the lower-level Opera Club and on the American Airlines mezzanine. In the opera club, guests reclined on white lounge furniture and sipped pink champagne.
Photo: Josh Sears/Event Creative
More in Programming & Entertainment