Although Westwood has lost significant movie-premiere business to L.A. Live and Hollywood, the town was back in action Thursday night for the premiere of The Amazing Spider-Man, a major 3-D summer-blockbuster-in-the-making that closed streets and drew a hoard of screaming fans. Sony Pictures Worldwide Marketing & Distribution's senior vice president Alison Bossert oversaw the event, tapping 15/40 Productions for the production and design.

The evening began with an arrivals area that stretched over a closed Broxton Avenue, with a 16- by 22-foot metal treatment over the red carpet the resembled a stylized web. A costumed Spider-Man character arrived early to greet fans. Also giving fans a show were arriving cast members Andrew Garfield, Emma Stone, Rhys Ifans, Martin Sheen, and Sally Field, who took their seats in the Village Theatre following a brief introduction after 8 p.m.

When the 3-D screening ended around 11 p.m.., guests shuffled up the street to a 30,000-square-foot party, dubbed the "party under the web," on the closed-off section of Broxton as well as Le Conte. Web motifs filled the space, with wall panels and bar backs done in an illuminated, metallic look inspired by spiders' spinnings. A climbing wall at the far end allowed guests to get a shot of adrenaline and an aerial view. And the spider-web scenic piece from earlier on the carpet served as a dramatic focal point above guest seating.

Along Came Mary catered the post-screening event, assisted by food trucks from Border Grill, Slice Truck, Hot Dog on a Stick, and Carls. Jr., which is a partner on the film. The central "Ultimate Lizard Lounge" bar had a reptilian look in keeping with the villain in the film. The bar in the round was topped with a 14-foot-tall truss ring surrounded by plasmas playing clips from the movie. Elsewhere in the party, guests took their turns with Activision Spider-Man games and a photo booth with a movie-inspired backdrop. 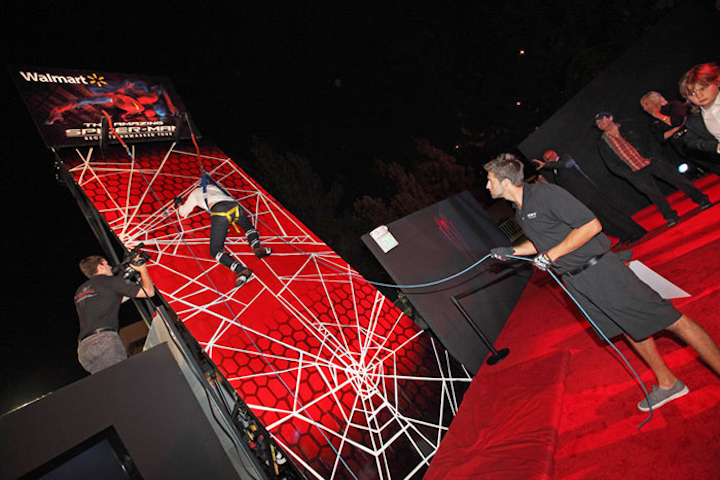 Guests took their turns on a climbing wall at the Amazing Spider-Man premiere party.
Photo: Line 8 Photography. All Rights Reserved. 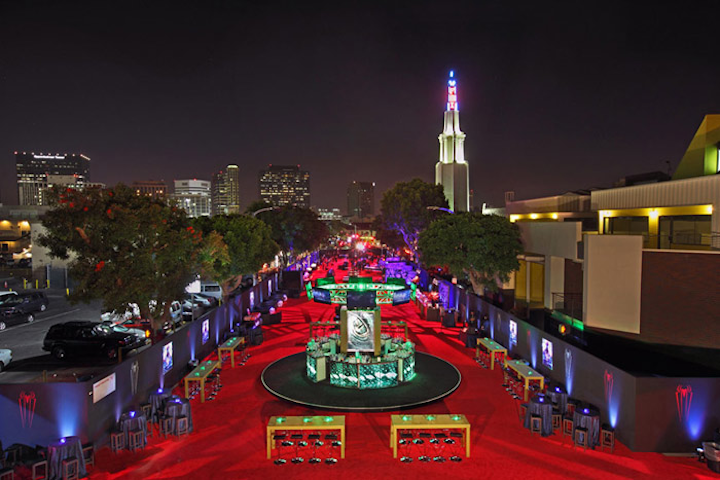 The party took over closed streets on Broxton and Le Conte in Westwood.
Photo: Line 8 Photography. All Rights Reserved. 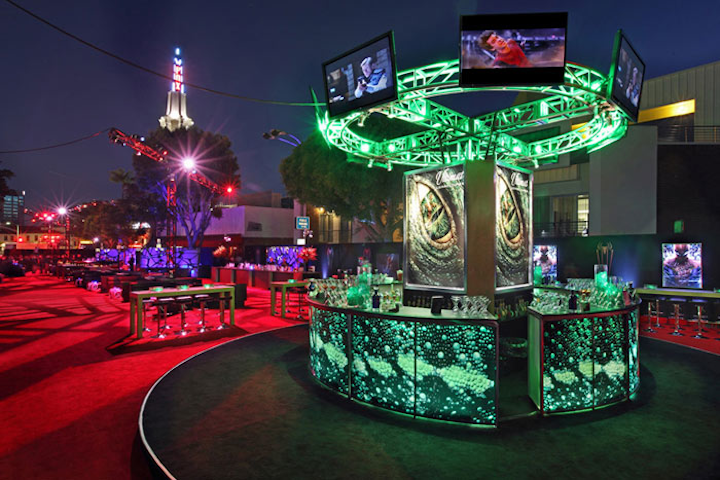 At the party, a central bar in the round got a reptilian look inspired by the film's villain.
Photo: Line 8 Photography. All Rights Reserved. 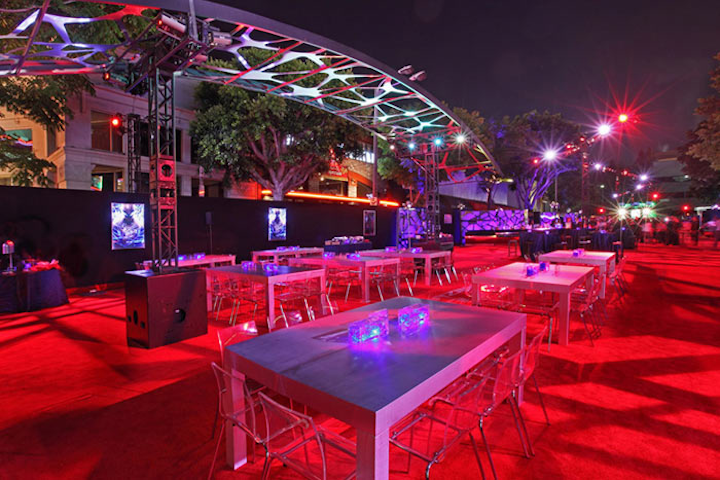 A spider-web-like scenic piece moved from the red carpet to the party.
Photo: Line 8 Photography. All Rights Reserved.
More in Programming & Entertainment