Live music from Marc Anthony and a house band and dramatic lighting set the mood at Jazz at Lincoln Center.

For one night during Upfront Week, Jazz at Lincoln Center would have more appropriately been called Salsa at Lincoln Center. The reigning king of salsa himself, Marc Anthony, performed during the finale of Telemundo's Tuesday presentation, priming the audience for an after-party at the Columbus Circle venue.

"That's what this place says," Driesen said. "It's sophisticated, it's cool." (Telemundo's main competitor, Univision, hosted its upfront at Jazz in 2010.)

To highlight the upscale feel of NBCUniversal's Spanish-language network, Driesen said his firm created a "South Beach-like" mood. Groupings of white leather lounge furniture and vibrant lighting evoked the evening's "Hispanic Hollywood" theme, enlivened by appearances from Fuentes and Paulina Rubio. The evening transitioned from performances in the Rose Theater to a multilevel bar in the Atrium and the Allen Room. Guests sipped cocktails while a house band played in front of the venue’s famously picturesque 90-foot glass walls overlooking Central Park.

Ray Bloch Productions began working on the event about a year ago—although the true heavy lifting started later into 2012—after orchestrating Telemundo’s previous upfront at the Al Hirschfeld Theater and the Edison Ballroom. 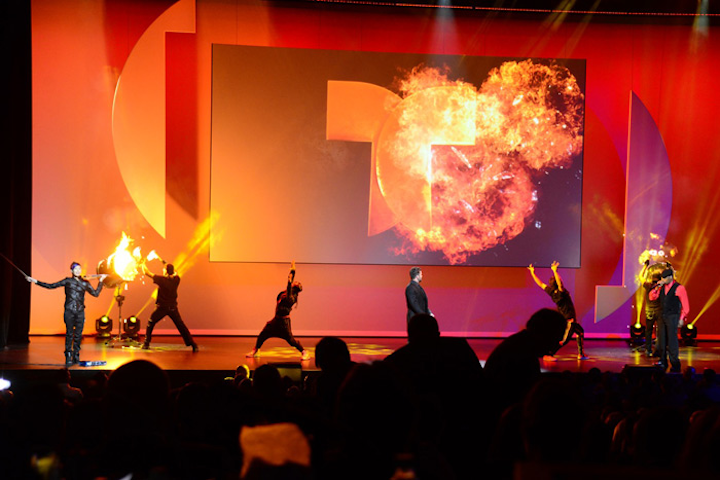 Pyrotechnic drummers—with the help of computer-generated fire—elicited a lively reaction from the audience during the show's opening number.
Photo: Ray Bloch Productions 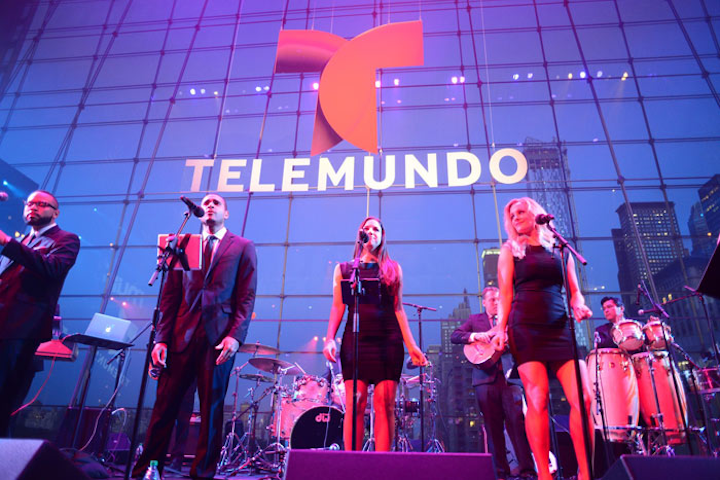 At the after-party in the Allen Room, the Telemundo logo against the glass wall provided a clean backdrop for the house band.
Photo: Ray Bloch Productions 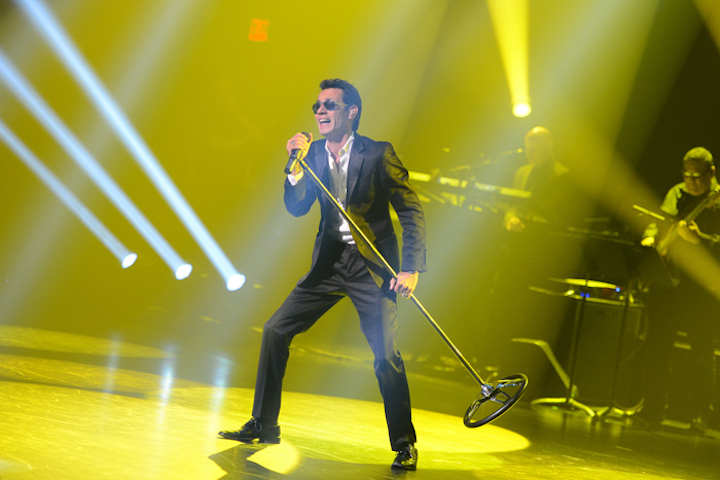 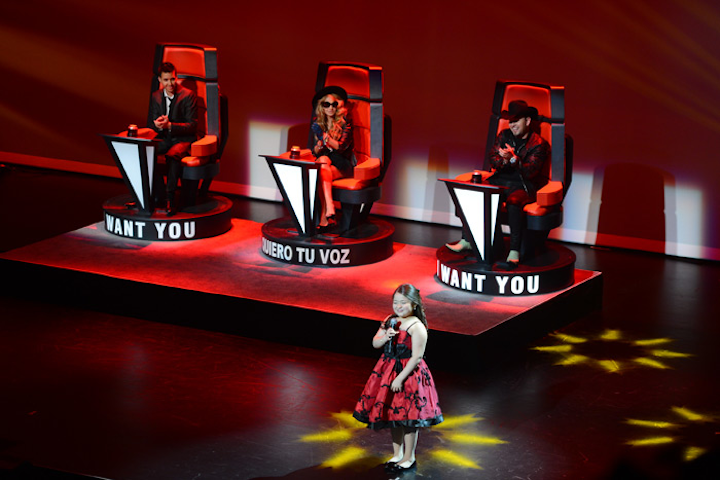