As the last presentation in a busy Upfront Week, USA Network's event sought to impress ad agencies and media buyers with lavish food spreads, a performance by Passion Pit, and a spectacular fireworks show on the East River.

As the final presentation in a busy Upfront Week—the annual unveiling of TV networks’ fall lineups and the accompanying after-parties—USA looked to leave advertising agencies and media buyers with a lasting impression by throwing a grand-scale event. The fast-growing cable channel’s upfront presentation was held on May 16 inside Basketball City, a massive sport facility located in a far-flung corner of the Lower East Side.

Overseen by executive vice president of marketing and digital Alexandra Shapiro, the event was once again produced by XA. “With over 1,500 people in attendance, venue options were limited,” said Darren Andereck, president and creative director of XA. “We opted for a nontraditional venue that required a complete transformation, offering guests a wholly unique experience.”

A blue carpet and USA signage pointed guests in the direction of the venue. A crowd of fans also surrounded the entrance area, shouting the names of the network’s stars—in particular, those of the cast members from Modern Family, reruns of which will be shown on the cable network starting this fall.

As at past presentations, USA opted to let the talent take the reigns when it came to introducing the highlight reels and new programming. Emceed by the cast of Suits, the show featured actors from across the network’s original comedy, drama, and reality series, including a Broadway-style song-and-dance number from the cast of Psych. “Early on it was decided that video would do the heavy lifting for the presentation,” said Andereck. “XA constructed a stage set consisting of a 130-foot-wide, high-definition LED backdrop, to essentially engulf the audience in programming. The screens stood 16 feet tall and were artistically positioned to balance ambient visuals with the main presentation screen.” The presentation was capped off with confetti cannons raining pieces of silver Mylar over the crowd.

The event was divided into two main areas, one for the presentation and performance, the other for the lavish after-party, where guests could also step out onto a 15,000-square-foot deck overlooking the East River and the Manhattan Bridge. Both indoor rooms had sleek, masculine-leaning looks, with a color palette of gray, blue, and white. “USA wanted the design to connect with the iconic location and backdrop of New York's East River,” said Andereck. “To build up the beauty of the waterfront and bridges, XA chose a color palette of cool blues and greys, also supporting the modern brand aesthetic of USA Network."

In the after-party room, the stage was topped by a large LED screen that displayed photos guests were posting to Instagram with the hashtag #USAUpfront. Nearby, DJs Andrew Andrew spun from a towering booth emblazoned with the USA logo. The walls were covered in large-scale photos of the network’s stars, turning the room into a gallery of sorts.

Around 7 p.m. EDT, indie band Passion Pit took the stage to perform an energetic set that included the hits “Sleepyhead” and “Cuddle Fuddle.” Just after sunset, a barge bearing the USA logo docked in the East River just across from the deck to stage a spectacular fireworks show that had guests grabbing their smartphones to snap photos. “Since the USA upfront was the last of the week, we needed to close with a finale that was buzz-worthy,” said Andereck. “The firework display by Grucci was the perfect solution.” 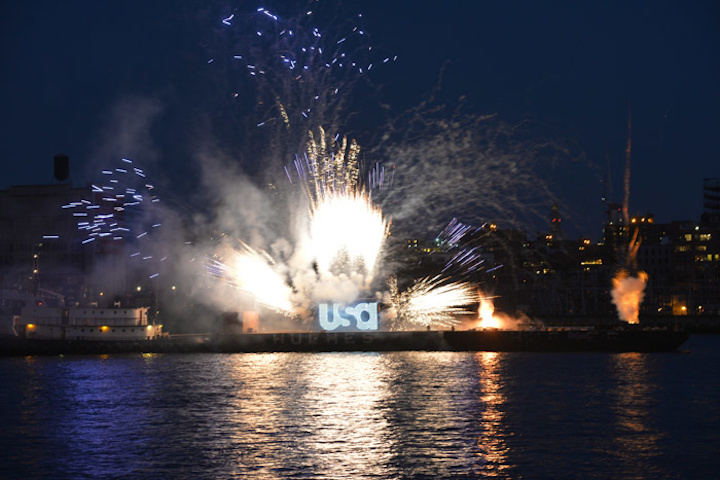 Just after sunset, a barge bearing the USA logo docked in the East River just across from the deck to stage a spectacular fireworks show that had guests oohing and ahhing—and grabbing for their smartphones to snap photos.
Photo: Mike Coppola/USA Network/NBCU Photo Bank 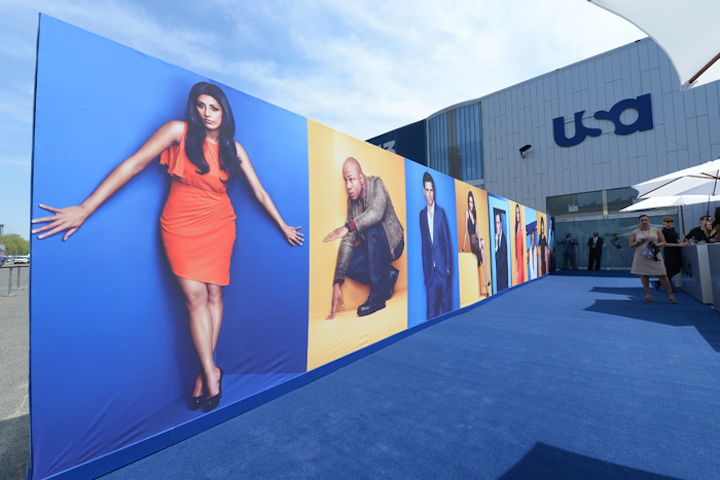 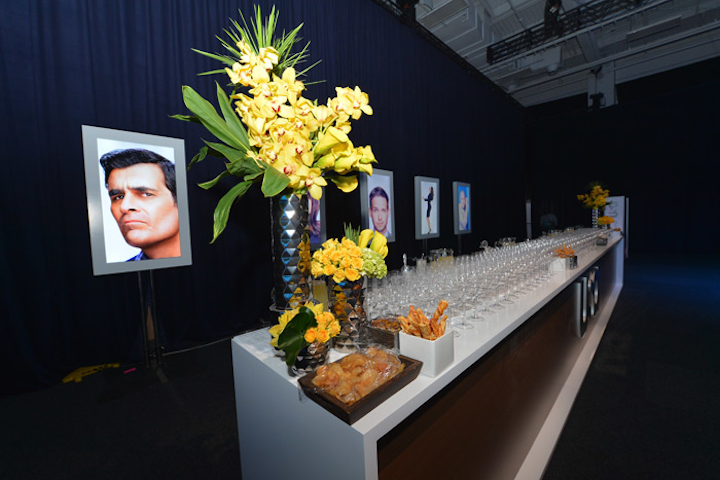 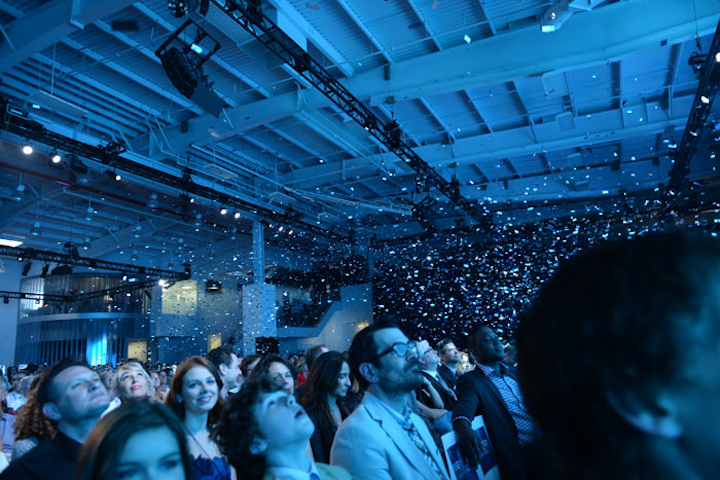 The presentation was capped off with confetti cannons raining pieces of silver Mylar over the crowd.
Photo: Andrew Walker/USA Network/NBCU Photo Bank 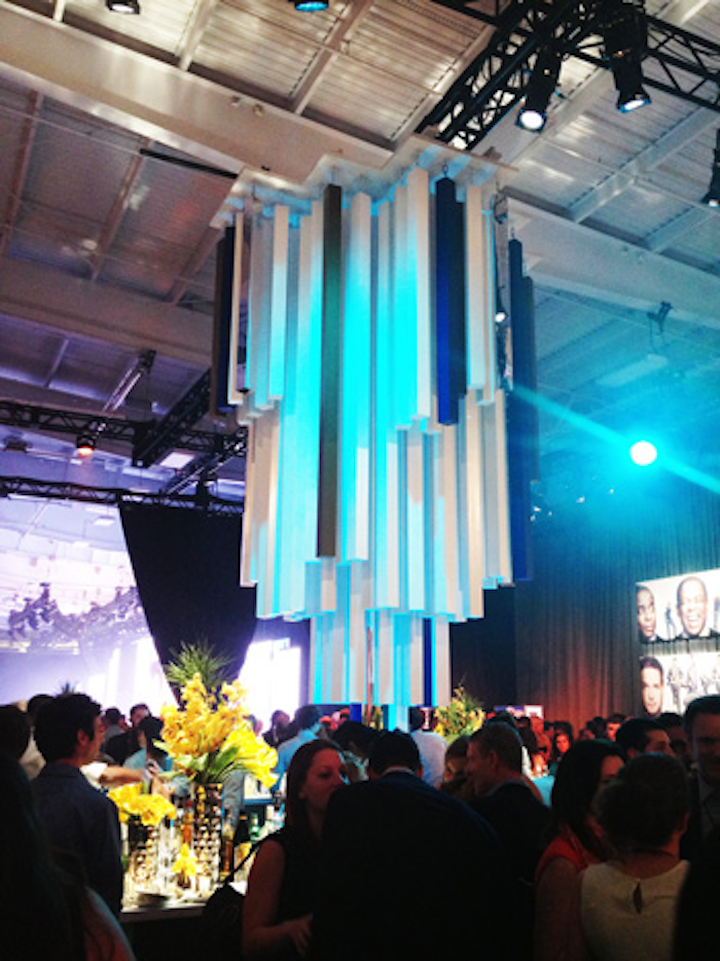 A large wooden sculpture hung over the main bar in the after-party room.
Photo: Lauren Matthews/Bizbash 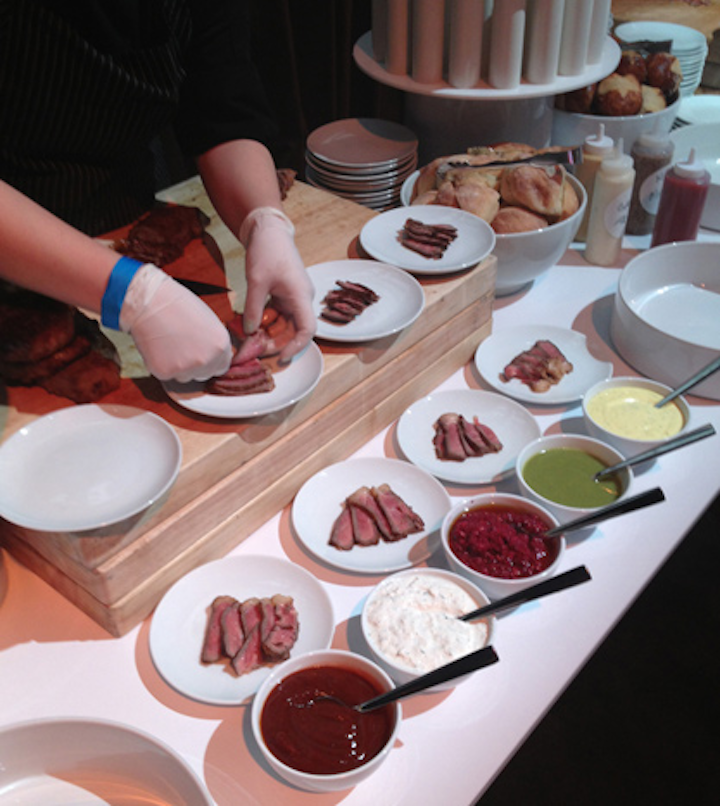 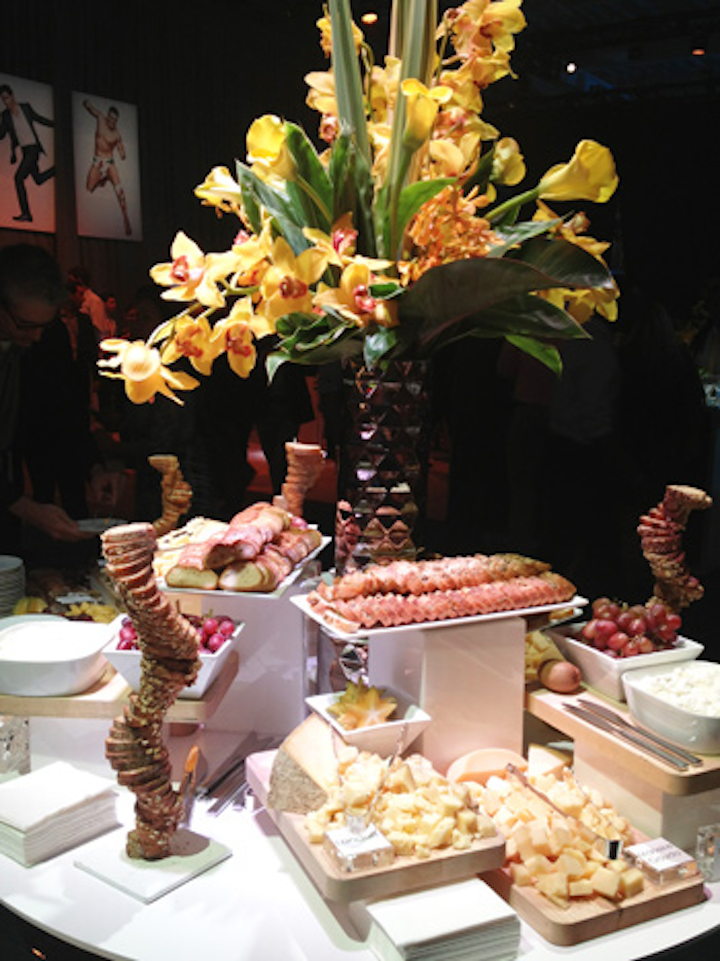 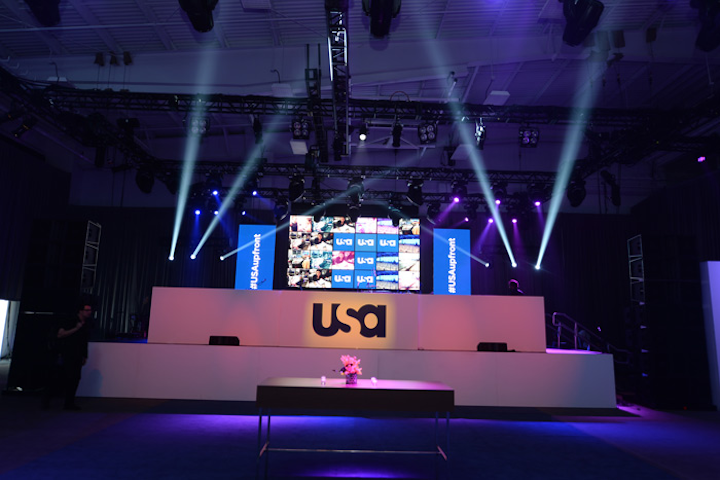 In the after-party room, the stage was topped by a large LED screen that displayed photos guests were posting to Instagram with the hashtag #USAUpfront.
Photo: Andrew Walker/USA Network/NBCU Photo Bank 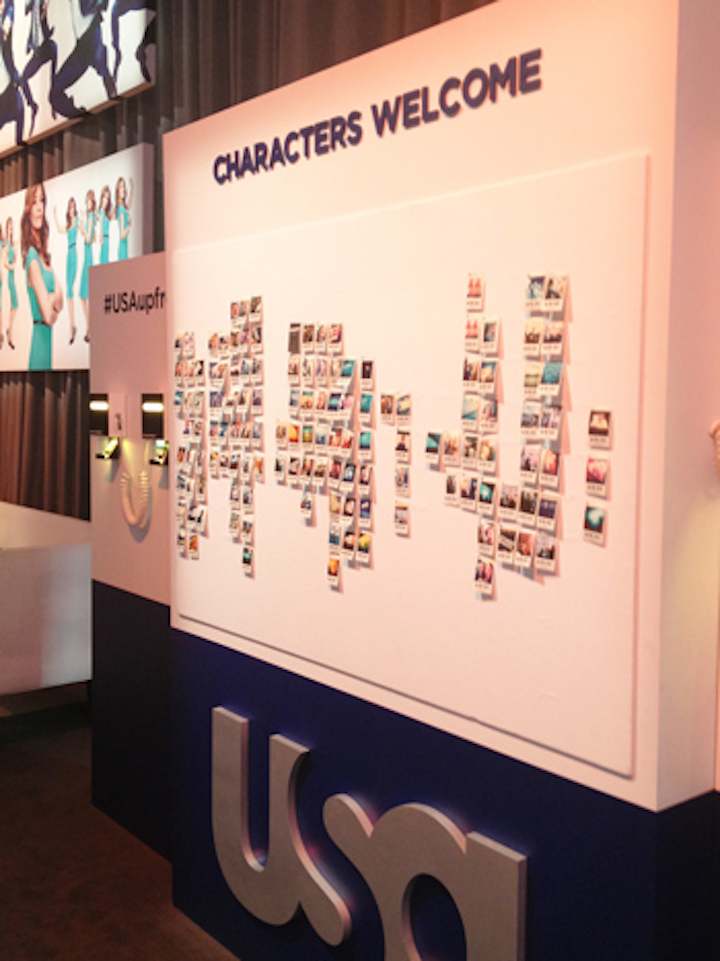 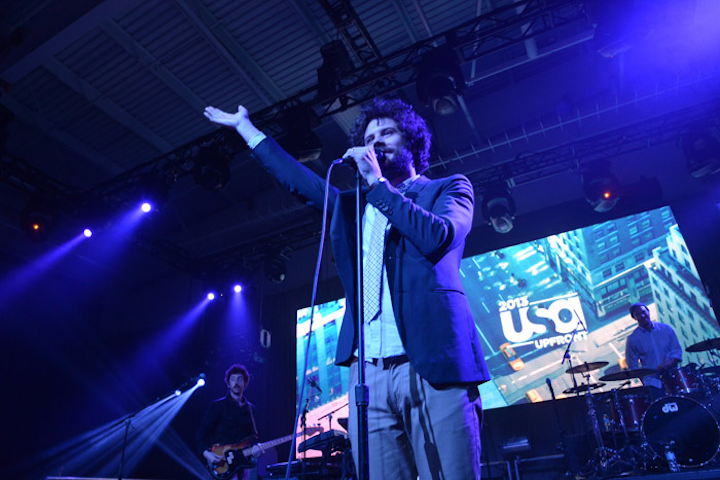