This Independent Beauty Show Doubled in Size in One Year

The co-founder of the Indie Beauty Expo knew there was a void in the market, so she set out to fill it.

"I didn’t fit in anywhere. I felt like an outsider, a wallflower," said celebrity aesthetician Jillian Wright. "[There wasn’t] a show where I felt comfortable showcasing my brand."

While trying to launch her own independent line in 2013, Wright discovered a lack of trade shows suited for the luxury independent beauty market, so she decided to create her own—the Indie Beauty Expo.

Started in 2015, the expo, which was founded by Wright and entrepreneur and management consultant Nader Naeymi-Rad, recognizes, showcases, and celebrates independent beauty, wellness, and lifestyle brands.

Indie brands are a fast-growing product category, and the growth of the expo reflects that. The inaugural show, a one-day event held in the Altman Building in New York, showcased 80 brands; this year, more than 130 brands were on display. The show also moved to the Metropolitan Pavilion, having outgrown its former venue, and was expanded to two days, taking place August 24 and 25. The first day was aimed at consumers and indie brand enthusiasts, while the second day was dedicated to buyers and distributors, as well as industry professionals, such as aestheticians, makeup artists, and hair stylists. Both days included seminars, workshops, speakers, and panels tailored to the different audiences.

"Consumers, retailers and buyers, and press are the three components that are very, very important to the small business brand," said Wright. "Most trade shows are B to B, but consumers are so important; they’re the lifeline, a major artery for indie brands," she said about the decision to add a consumer element to the expo. "These indie brands, they don’t have a lot of money. [Including consumers] is a way to recoup some of the money they invest in the trade show." Plus, Wright added that consumers drive the trends and are "like a walking focus group."

As for the "indie" part, Wright explained that brands should be ready for distribution and ready to do business with buyers and e-commerce suppliers. And while independent doesn’t necessarily equal eco-friendly, many of the brands are. She estimated that 91 percent of the companies at the New York show were "clean and green" because "that’s the way they make their products. They’re conscious about the environment, conscious about personal care."

Thanks to the growing interest and growing number of brands, a Los Angeles version of the expo debuted at the Shrine Auditorium's Expo Hall in January, and Dallas will be added to the lineup May 10 and 11, 2017. Wright explained that Dallas is one of the top markets in beauty and beauty sales, making it a natural fit. The next L.A. show will be held January 18 and 19, 2017, and the next New York show will take place August 23 and 24, 2017.

"We wanted to create an environment that made people happy, and I think it’s catching on like wildfire," she said. "There aren’t many environments that aren’t draining—we’re uplifting." 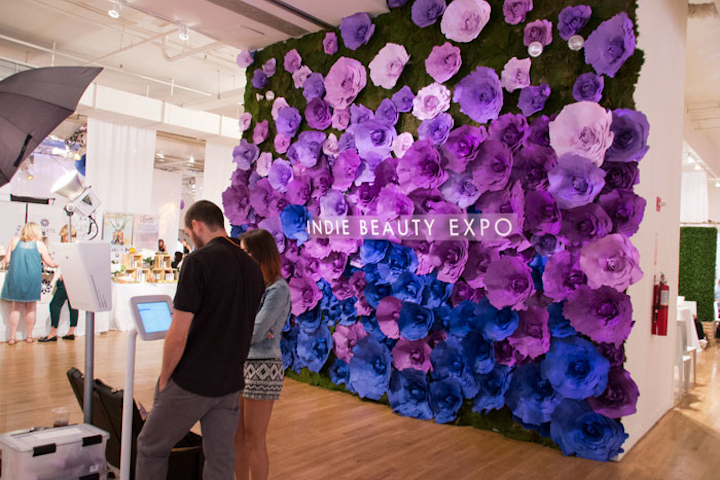 The expo organizers aimed to create an environment that was social-media friendly, including a large paper flower wall as the photo booth backdrop.
Photo: Taylor McIntyre/BizBash 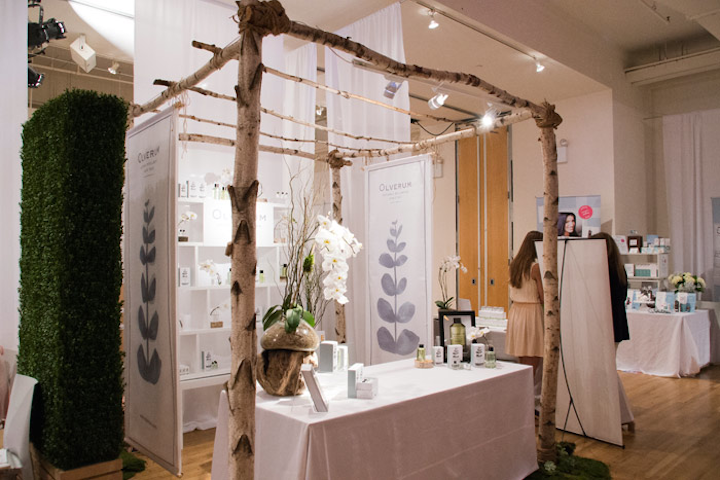 Wright estimated that 91 percent of the companies at the New York show were "clean and green," meaning the products were packaged, distributed, and branded with minimal carbon footprint and made with natural ingredients.
Photo: Taylor McIntyre/BizBash 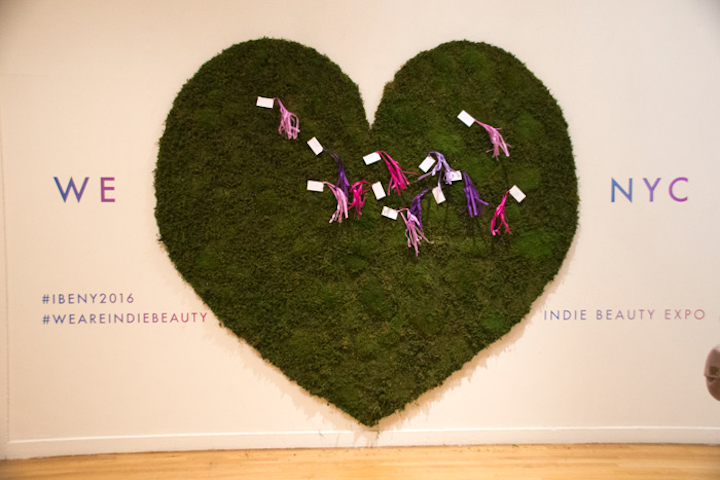 The expo entrance featured a moss-covered "wishing heart," which was inspired by a Japanese wishing tree. Guests could write down what indie beauty meant to them on the decorative tags and attach them to the wall.
Photo: Taylor McIntyre/BizBash 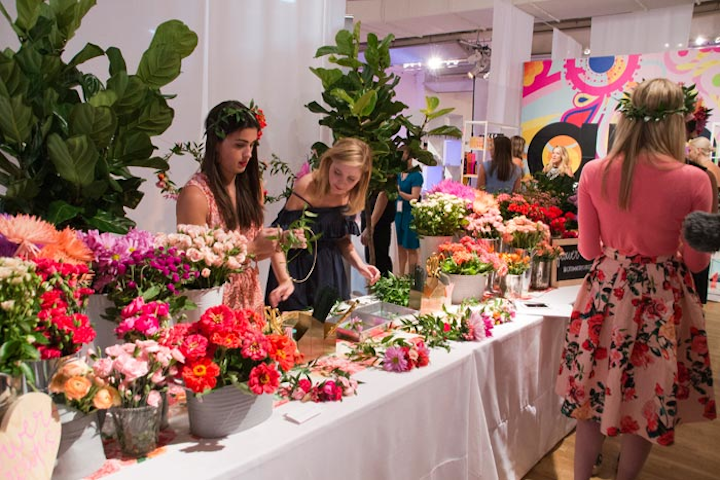 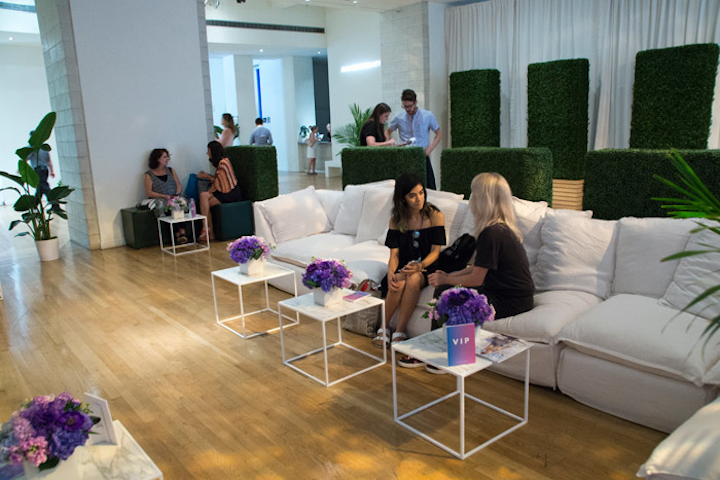 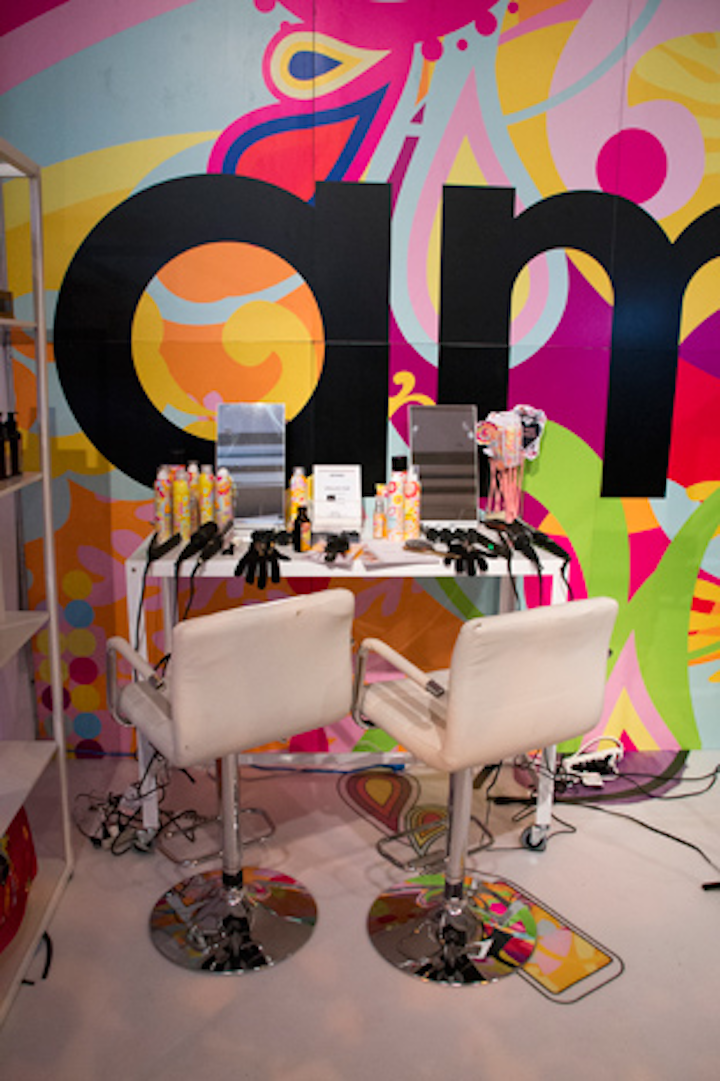