Checklist: 8 Ways to Manage Social Media During an Event

It’s crucial to devote time and manpower to managing your social media presence in real time during an event. 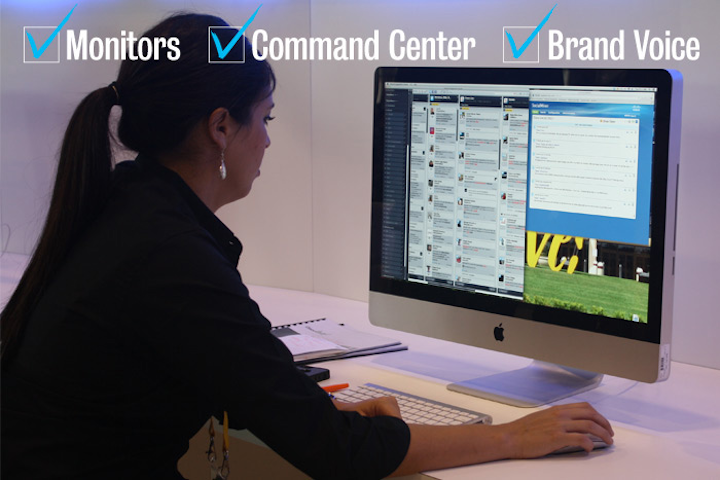 While most groups do have a presence on social media, it’s crucial to devote time and manpower to managing that digital brand image in real time during an event. Here are eight steps to create a foolproof social media response strategy.

1. Designate and empower monitors.
“Don’t get so busy with the event planning that you forget to delegate this task to someone on the team who can really monitor social media,” says Nicole Matthews, founder of San Diego-based event and travel firm the Henley Company. “Problems are likeliest to arise when you offer up an event-specific social media channel and then no one from your team actually monitors the site.” If your event is big, consider drafting volunteers or having someone live blogging and tweeting the action.

2. Create a command center.
Your social media hub should be in the middle of the action, says Ritu Sharma, a speaker on social media topics and executive director and co-founder of Social Media for Nonprofits. “This command station should have adequate power supply, the best seats and vantage point in the house,” she says. Put your live-bloggers and tweeters here, and make sure they have a clear view of the stage and any photo stations, she says.

3. Define your brand voice.
Create a tone, character, and persona for your monitors to use, says Mitch Germann, senior vice president and partner at Fleishman-Hillard. This is most important if you plan to have multiple people, especially volunteers, communicating on the group’s behalf. “In a lot of cases, there’s more than one person in that channel, but it’s important that the community always feels like it’s a consistent voice,” he says. Different organizations go for different tones in their social correspondence: some are more traditionally corporate, while others aim to be inspirational or funny.

4. Make it personal.
“Be authentic,” Sharma says. “Speak as if you are speaking to a friend or family member to avoid sounding like an institution. Don’t be afraid to sound like a real person.” Matthews says a good way to keep your attendees from feeling like they’re talking to a machine is to respond to people that tweet or comment by name. Keep the dialogue going by responding quickly (within an hour), especially to criticism.

5. Expect the unexpected.
Even with the best planning, the unexpected can happen. (Remember how well Oreo parlayed 2013’s Super Bowl blackout into a pitch for its cookies?) Germann says it’s worth the effort to go through a script of possible issues—a power outage, bad weather, a shortage of some key item—and craft responses ahead of time. And even if you encounter criticism, “Stay far away from being defensive, trying to be right, or from deleting negative comments,” Sharma says.

6. Put Twitter first.
“I think, in general, Twitter is more tied to customer service, particularly when something is unfolding at an event in real time,” Germann says. This doesn’t mean you should neglect Facebook and Instagram, but tweets are the language of real-time social media conversation. “It seems to be when people have that mobile device in their hand, they take to Twitter to have that conversation,” he says.

7. Woo influencers.
Find the influencer for the audience you are trying to reach and try to engage them with involvement in your event, Matthews recommends. A celebrity with a huge following on Twitter or an entrepreneur whose LinkedIn posts are devoured by the business community can add exponentially to your event’s reach.

8. Go beyond your platform.
It’s not enough to keep an eye on your own Twitter feed, Facebook page, and so on, because it’s likely that attendees will talk on their platforms about your event. “Monitor for mentions of the brand or event or a combination thereof—any way it could be referred to throughout the online space,” Germann says. Since some people might mention the event without using its proper name or Twitter handle, run searches on Twitter for your group’s name, the event name, and other similar terms.