The Recording Academy’s official Grammy after-party—known as the Grammy Celebration—is traditionally an over-the-top affair, taking over a cavernous space within the west hall of the Los Angeles Convention Center (conveniently adjacent to the ceremony's home at the Staples Center) for about 5,500 guests. Underscoring the party’s feeling of hugeness on Sunday was this year’s theme: an interpretive twist on a circus. The Recording Academy’s Branden Chapman, Rex Supa, and Clay Upton worked with Along Came Mary to produce the spectacle (which began loading in Tuesday), backed by a giant team that included Wolfgang Puck for catering and Angel City Designs for decor.

“Everyone always asks me where I get my inspiration [for the party], and every year it changes,” said Chapman, the Recording Academy's vice president of production and process management. “A lot of people have asked me what I do as a producer, and I have described myself as a three-ring circus leader, [since] I have a bird’s-eye perspective, looking around at every detail and making sure everything runs smoothly. Plus, based on some of the concert tours this year—like Pink’s and Britney Spears’s—we decided this year’s natural theme was surreal circus.” Chapman put the scale and budget on par with past events.

“It was a circus theme but not in the true sense of the word—like a circus in the '30s, with a bit of a mysteriousness, a bit of a dark side to it,” said Along Came Mary’s Mary Micucci of the look, which included hay for seating and vintage-look circus posters. Acrobats, stilt walkers, and contortionists roamed the space, and additional acts performed in each of the three-ring-style stages. “It’s challenging when you’re dealing with a space that large—75,000 square feet, or three football fields—to make it feel roomy but intimate.”

Sam Moore, Ne-Yo, and DJ Mick Boogie performed on stage in the main space. A second event space within the party, Petree Hall, served as a jazz lounge with a design that evoked a fun house. The Jon Batiste Band and the Grammy Jazz Ensembles performed there.

Sponsor integrations included the MasterCard stage and MasterCard Jazz Lounge; a display of Hard Rock memorabilia, including a fedora from Michael Jackson and a clown costume from Madonna; and a lounge sponsored by Waste Management, which also collected all recyclable materials. “We continue to challenge ourselves to be more green year after year," Chapman said. "Every year we’re looking into making things more recyclable, sustainable, reusable." 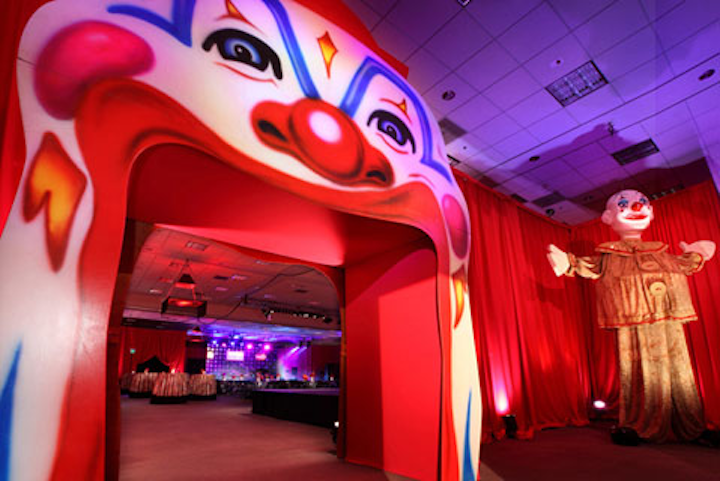 A view of the circus-style Grammy Celebration
Photo: Line 8 Photography 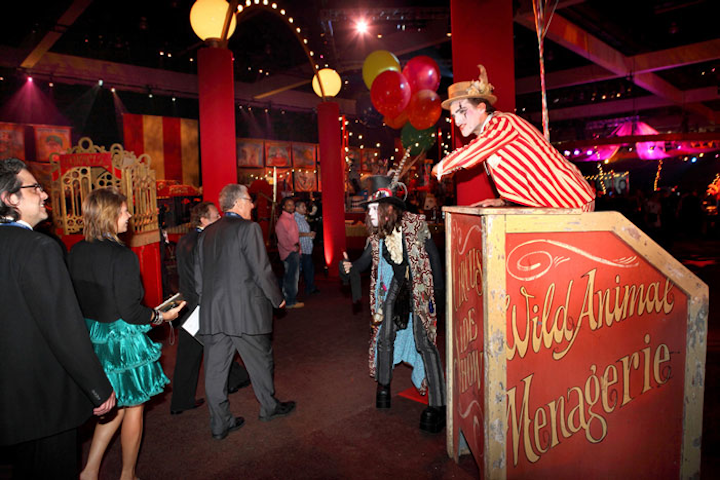 The Recording Academy's official Grammy after-party, known as the Grammy Celebration, had a circus theme with an edge, and included an array of performers from Lucent Dossier Experience.
Photo: Line 8 Photography 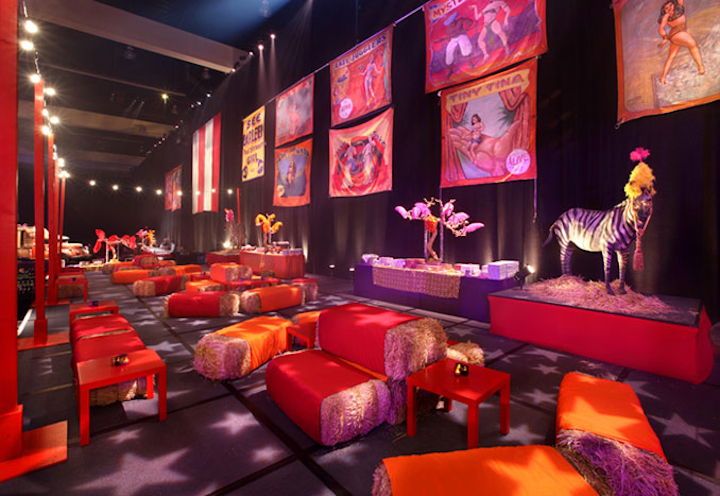 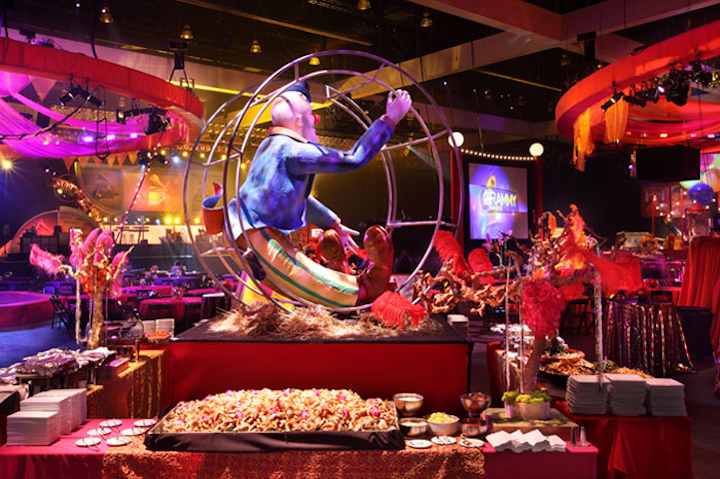 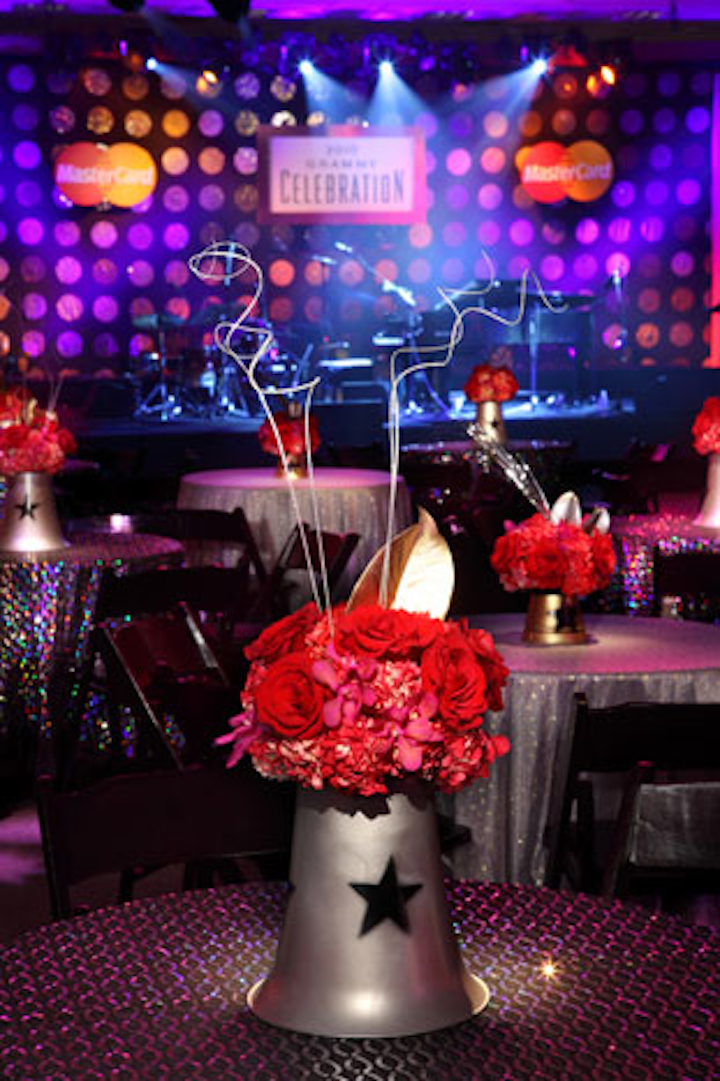 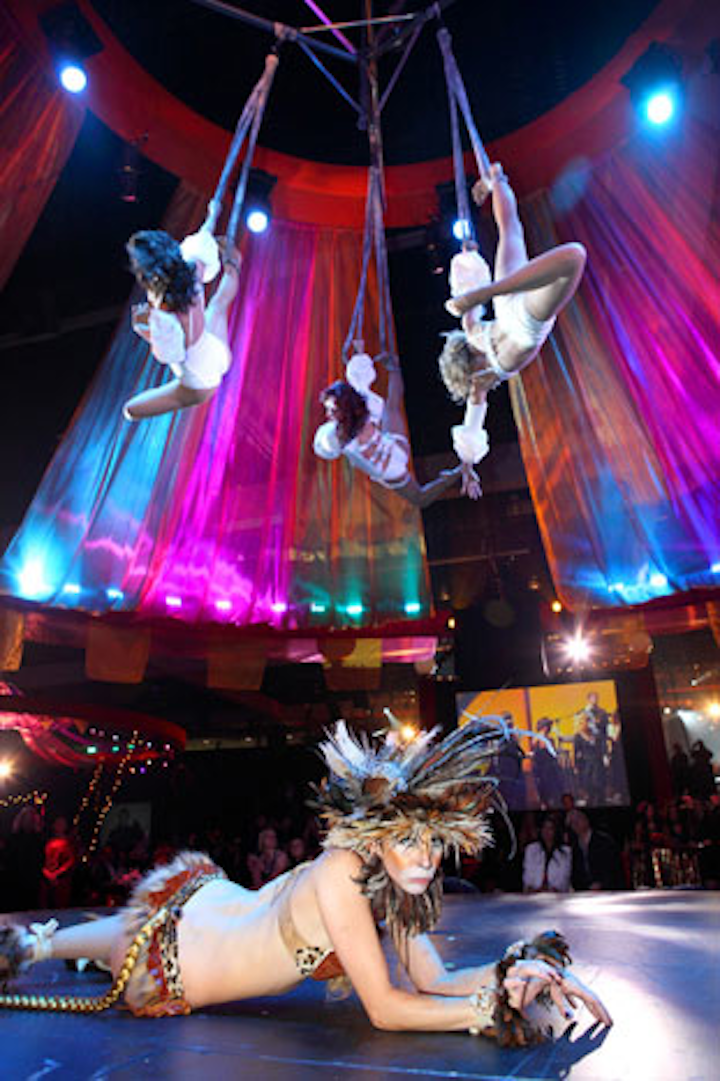 An army of aerialists and performers from Lucent Dossier Experience entertained the crowd.
Photo: Line 8 Photography 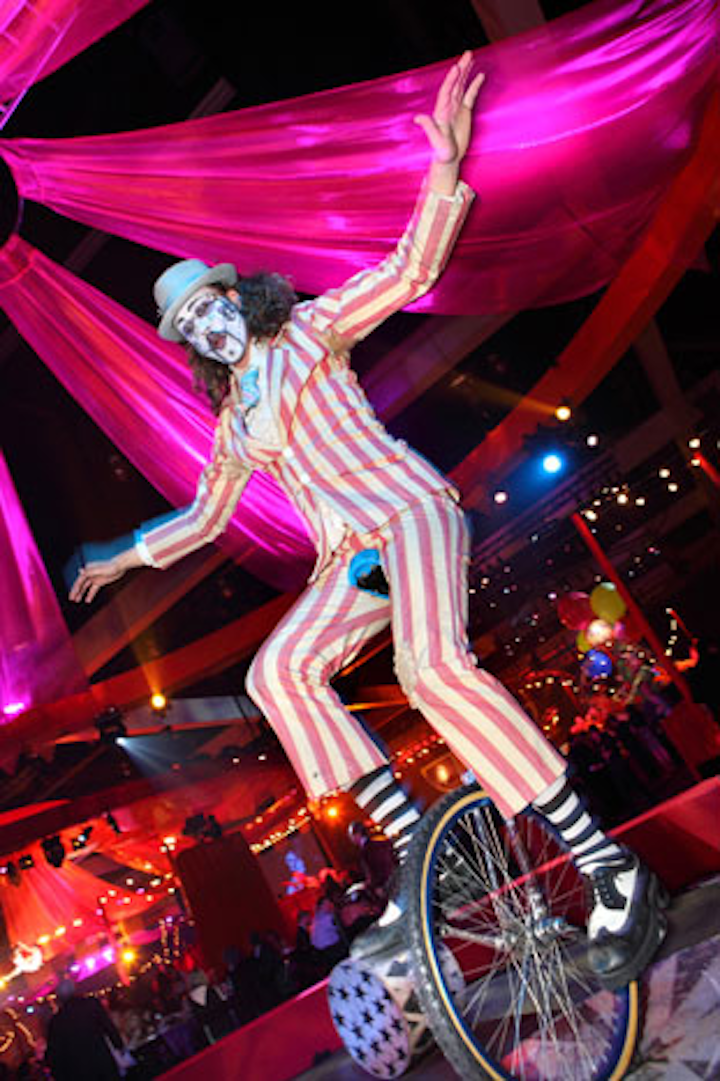 A clown on a unicycle from Lucent Dossier Experience was among the performers.
Photo: Line 8 Photography 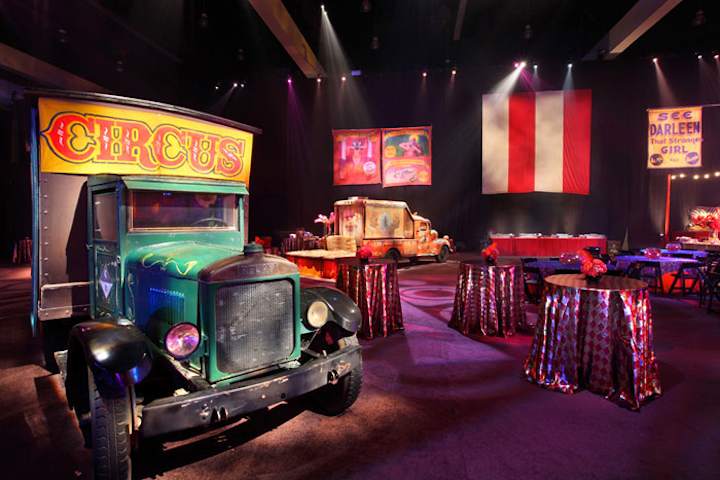 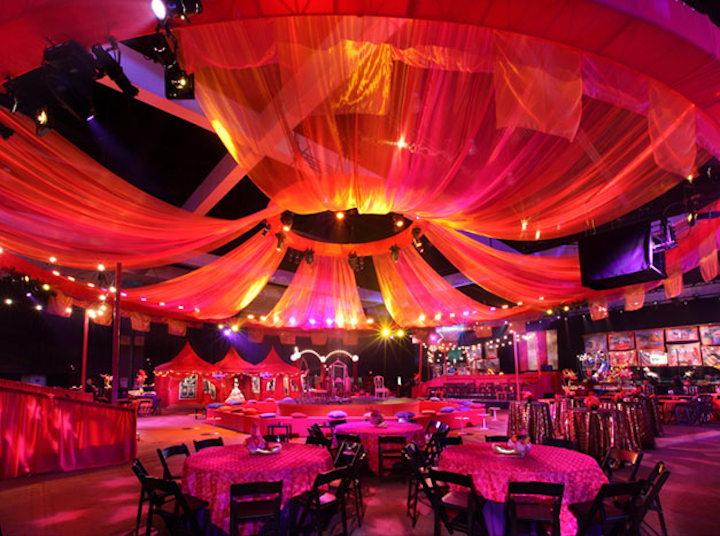 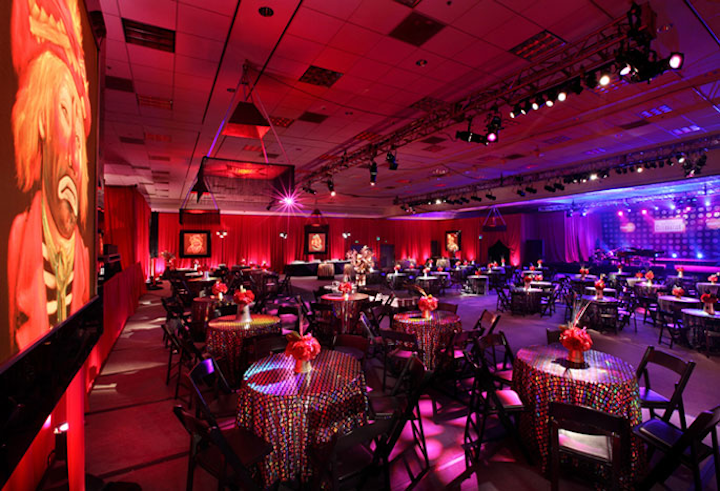 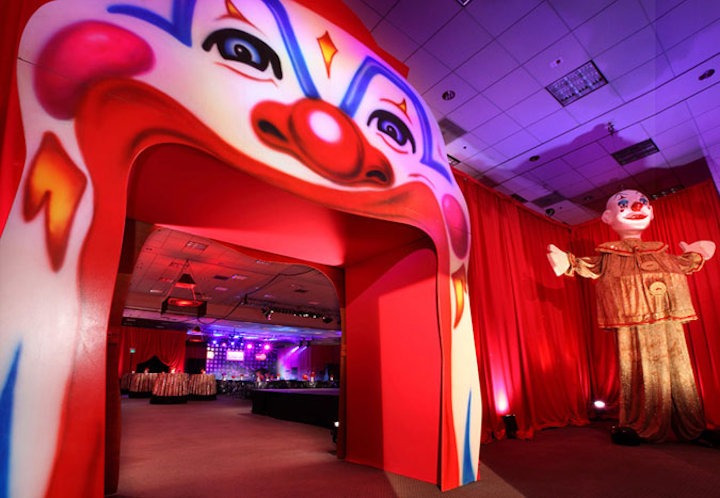 A giant clown face formed the entrance to the jazz lounge in Petree Hall.
Photo: Line 8 Photography
More in Strategy