TJ Walter
Live entertainment has always been central to Fight For Children’s annual School Night fundraiser and the organization's 10th annual celebration on Friday night at the Ronald Reagan Building was no exception.
Queen Latifah pulled double duty, serving as the M.C. and headliner, joining the likes of hip-hop violin duo Black Violin, dance troupe Mighty Shock, and Tony award nominee Michael Cavanaugh (the star of Movin’ Out) throughout the evening.

The event returned to the Ronald Reagan Building, and once again went with a free-flowing party and non-stop entertainment format that Fight For Children’s marketing and event manager Kristen Fagley initiated last year. “We are really excited about this format because it allows all of our sponsors and donors to interact with the principals and the teachers who are with the kids we are trying to help each and every day,” Fagley said.

That interaction began at 6:30 p.m. as guests made their way to the atrium ballroom, where cocktails, passed hors d’oeuvres, and carving and pasta stations were on offer. During this time, attendees could bid on the silent auction items, which were displayed on a long curved table in the center of the room. Shortly after 8 p.m., guests headed into the soaring atrium, where projections of stars and hot-air balloons on the ceiling and walls touched upon the evening’s “Dream Big” theme.

Queen Latifah kicked off the live entertainment with a rousing rendition of the jazz standard “Trav’lin’ Light,” and then introduced Black Violin, which began a six-song set from elevated risers in the middle of the atrium. The classically trained hip-hop violin duo blended hits from T-Pain and Rihanna with Beethoven and Bach and brought the crowd of 500 to its feet on several occasions. With everyone already standing, hip-hop dance troupe Mighty Shock, which is made up of local children, took to the center dance floor and performed a 10 minute choreographed routine.

Between performances, three video vignettes featured local school children answering questions like “What do you dream of becoming?” and “Why is education important?” After highlighting co-chairs, Mayor Adrian Fenty and former mayor Anthony Williams, Queen Latifah performed her final song, then handed the evening over to the sounds of Michael Cavanaugh, who provided non-stop hits from ’70s, ’80s, and ’90s that had the crowd on the dance floor until the evening came to a close at 11 p.m. 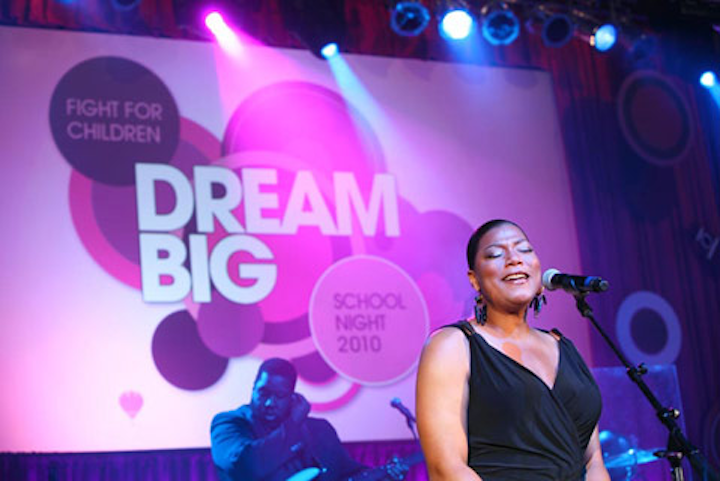 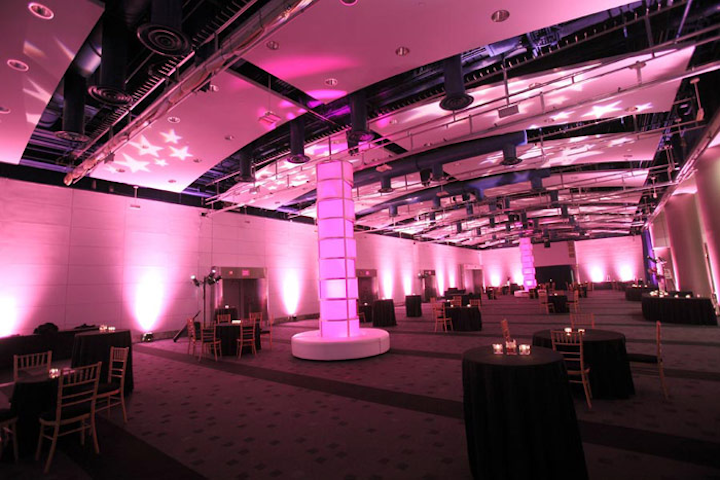 The atrium ballroom, awash in pink, was the main cocktail and dining area.
Photo: Tony Brown/Imijination Photography for BizBash 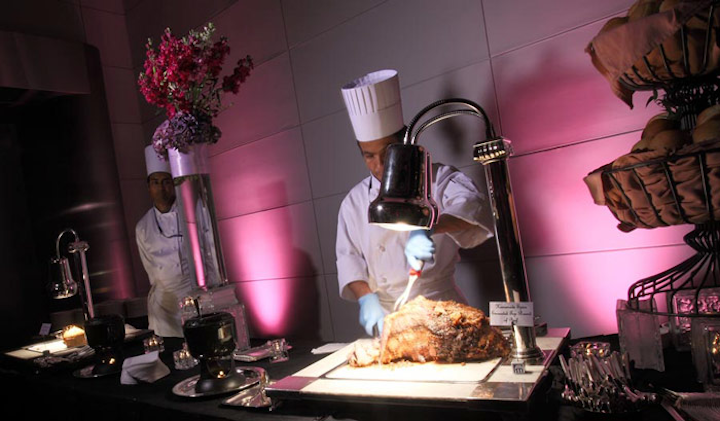 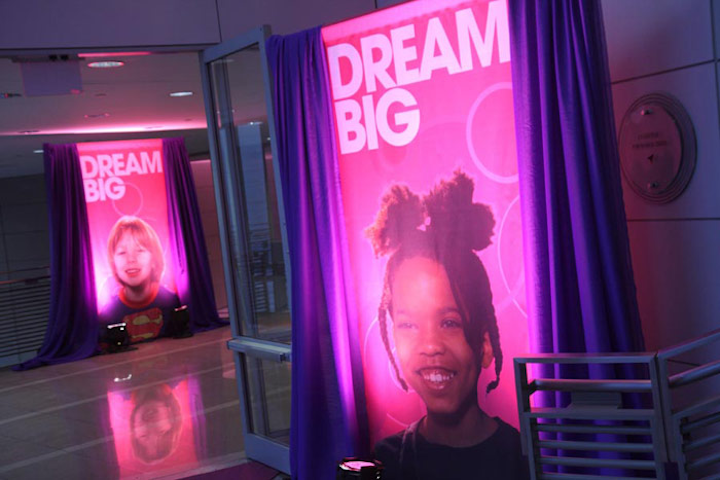 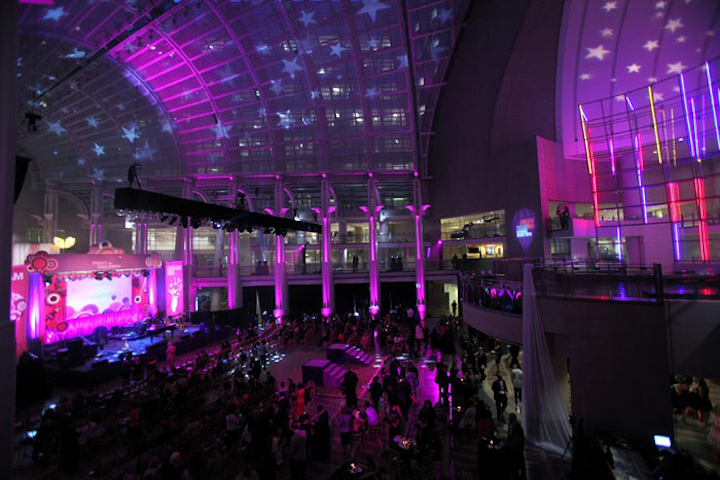 After the cocktail and dining reception, guests made their way into the atrium, which featured stars and hot-air balloon projections on the ceiling and walls.
Photo: Tony Brown/Imijination Photography for BizBash 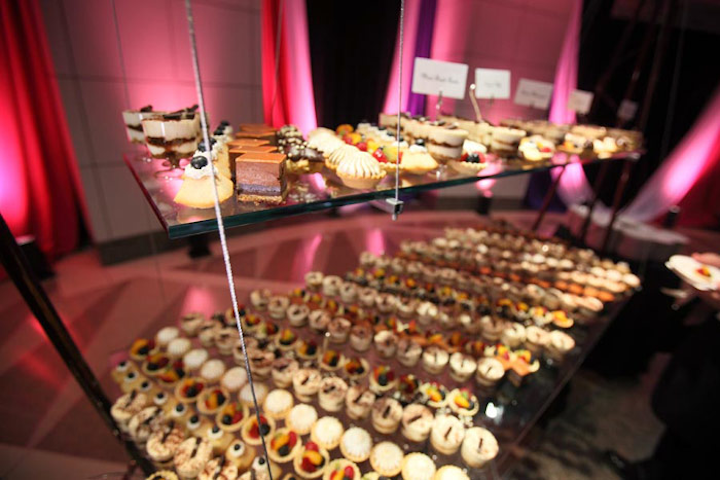 Guests had plenty of dessert options: Assorted mini cheesecakes, tiramisu, fruit tarts and pastries were displayed on platforms in the rear of the atrium.
Photo: Tony Brown/Imijination Photography for BizBash 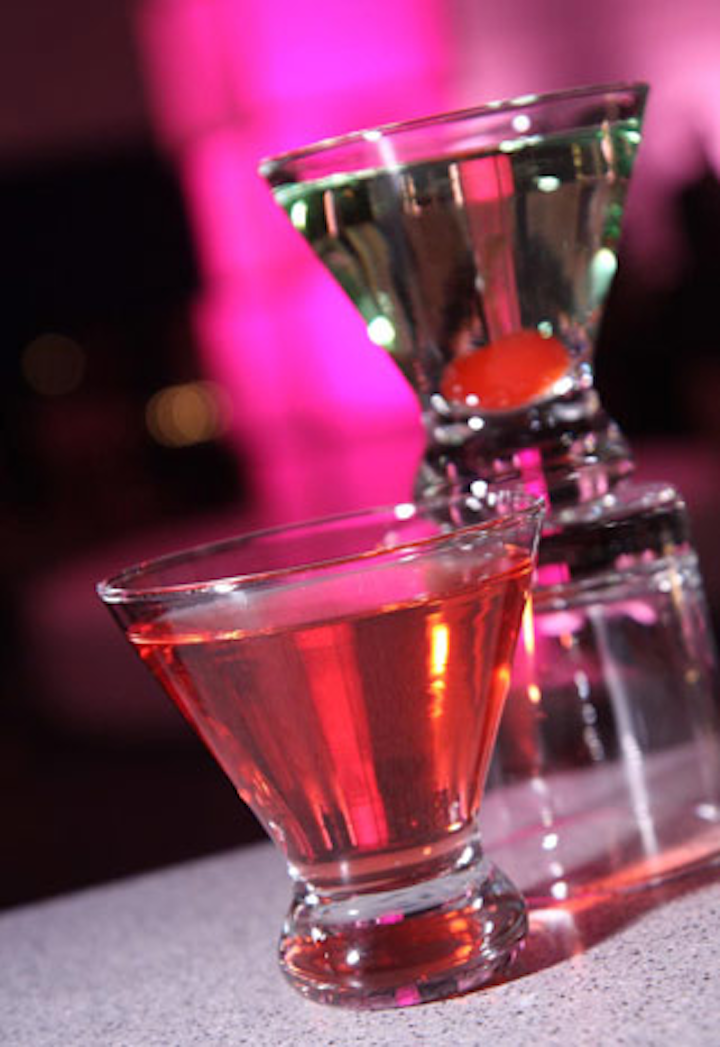 During the cocktail hour, guests had their choice of appletinis and cosmopolitans (pictured), as well as beer, wine, and other cocktails.
Photo: Tony Brown/Imijination Photography for BizBash 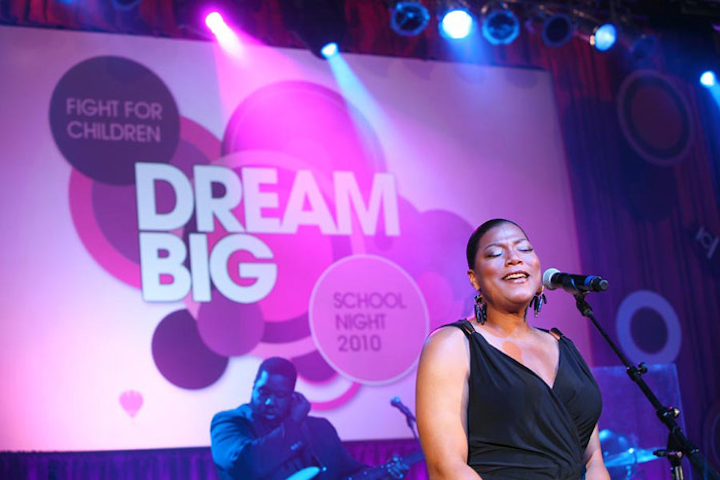 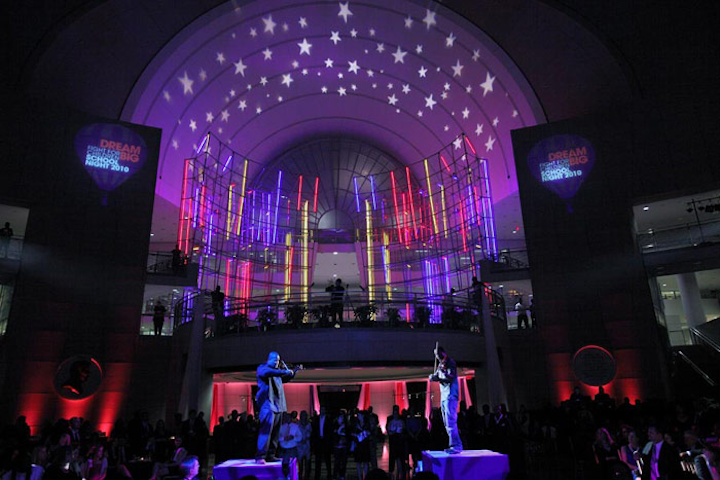 Black Violin brought the crowd to its feet on several occasions with their blend of classical arrangements and hip-hop.
Photo: Tony Brown/Imijination Photography for BizBash 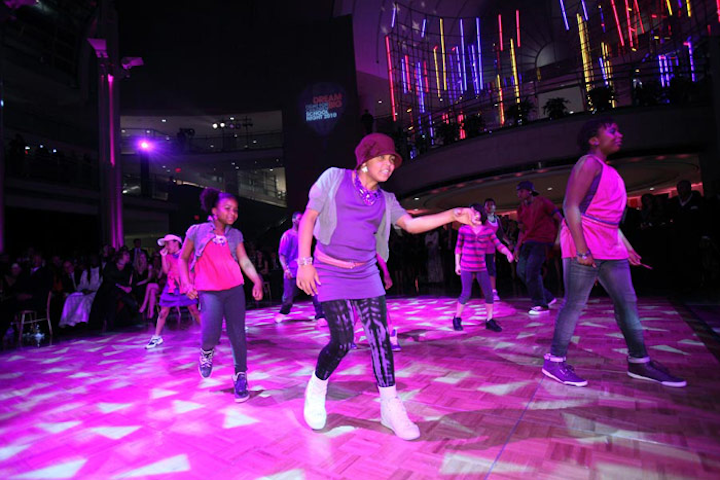