Hollywood types and environmental causes have a historically tight relationship. In fact, the Environmental Media Association's awards, which acknowledge depictions of environmental issues in the media, celebrated their 20th year on Saturday with an event at Warner Brothers. At that venue, which was a change from recent spaces like Paramount and the Ebell, the event spread out over a larger footprint, drawing some 875 guests and 32 sponsors in all. EMA president Debbie Levin, along with executive director Greg Baldwin, director of PR and special events Lisa Barnet, and program manager Jenny Shafritz oversaw the project, working with Warner Brothers Special Events' Hillary Harris and her team.

The event began on a green carpet—no surprise there. But there was a new twist on an arrivals line: A special 12-foot step-and-repeat wall allowed guests to pose for snaps in their hybrid cars, after entering in a dedicated lane for such vehicles. Lexus and Toyota (whose Prius vehicle is also celebrating a milestone anniversary this year) were sponsors.

A group of 62 volunteers assisted with multiple facets of the event, which began with cocktails in the studio's memorabilia museum and surrounding areas, and then moved to a seated award ceremony, where platinum linens topped tables in a nod to the milestone anniversary. A sea of round tables was oriented toward a central stage set, where Warner Brothers hand-painted a scenic backdrop with angel and globe motifs, "something that I think is just so special in this age of technology," said Harris.

After the awards wrapped with a performance by Kenny Loggins, as precipitation misted the crowd in the alfresco space (rain itself never fell, though the set lighting department had prepared for the possibility by zip-tying plastic around fixtures), guests moved to an after-party on adjoining streets on the back lot. Restaurants like Akasha, Real Food Daily, and the Border Grill truck dished samples from their stations, and guests scooped products like LED night lights and eco-minded cookbooks into their D.I.Y. gift bags. In all, there were six beverage, 13 restaurant, and 11 gift sponsors.

Appropriately, the event integrated environmentally friendly practices, including composting and recycling. To prepare, the studio's environmental group educated the special events department on the approach, and also brought to the table initiatives from the city of Burbank. Creative Intelligence printed the materials on recycled papers with soy-based ink. "Usually when you do a green event for this type of thing, it looks a little like a grassroots effort," said Harris. "But we showed you can do a really elegant, beautiful event and still be green. The challenge for us was to honor the anniversary in a beautiful, elegant way, and make it feel upscale." 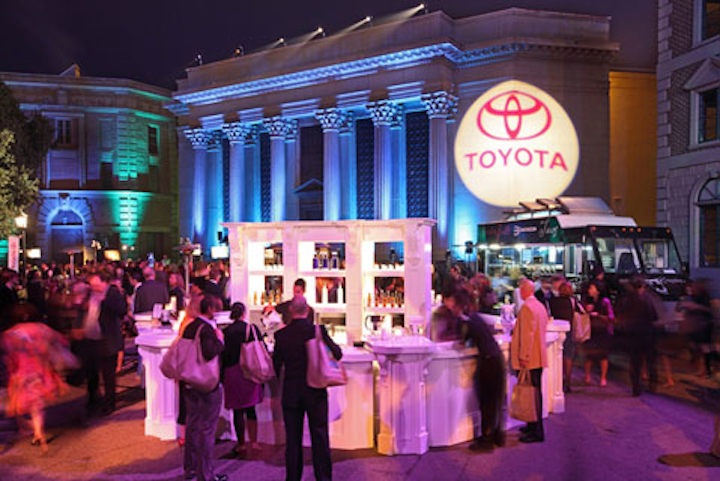 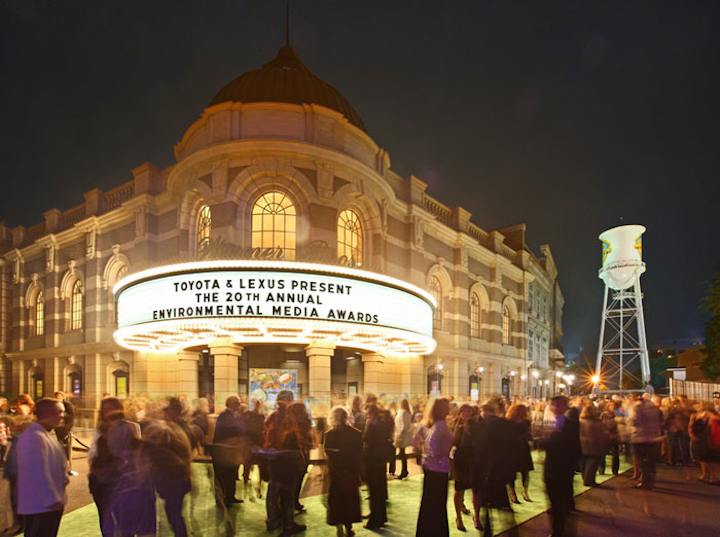 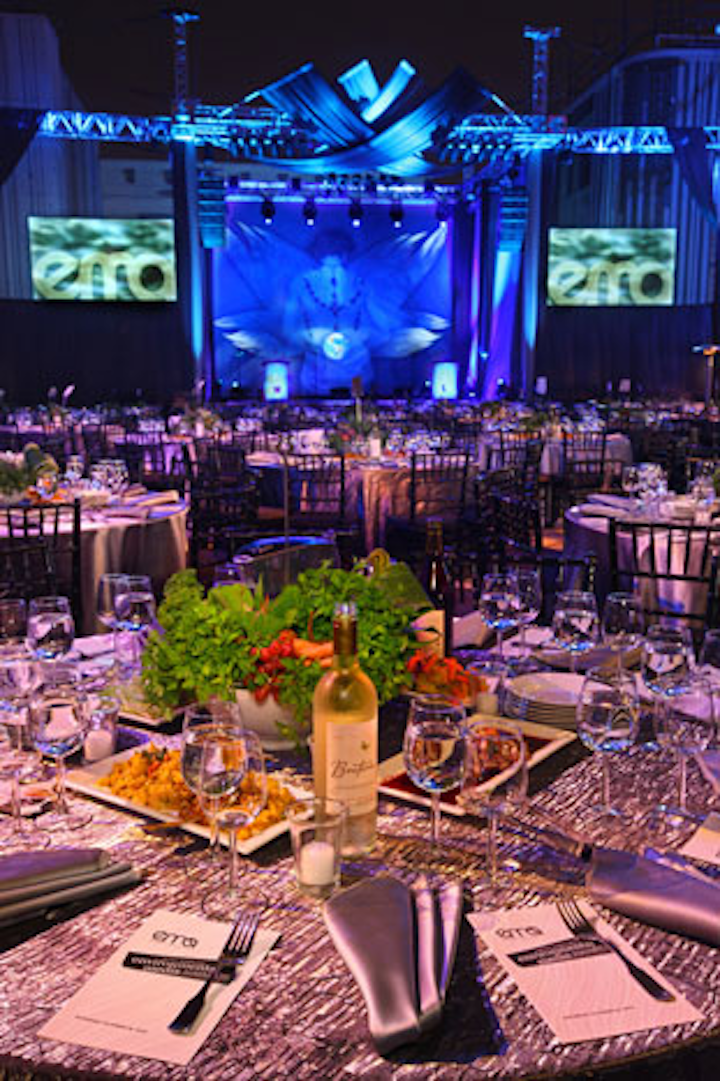 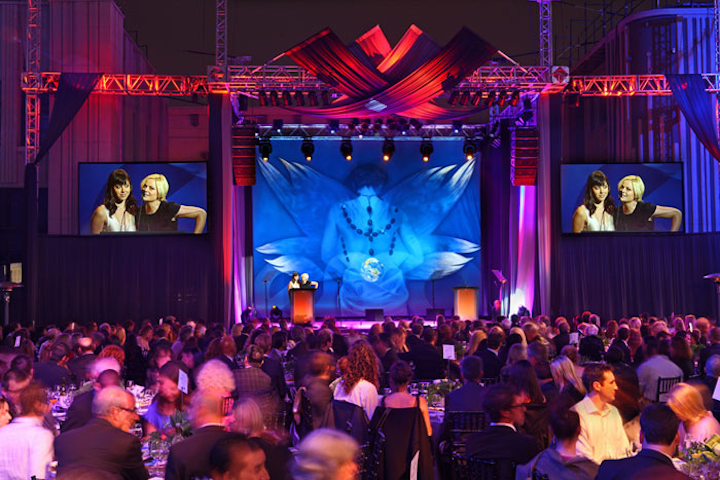 The stage set included a hand-painted image of an angel and a globe.
Photo: Line 8 Photography 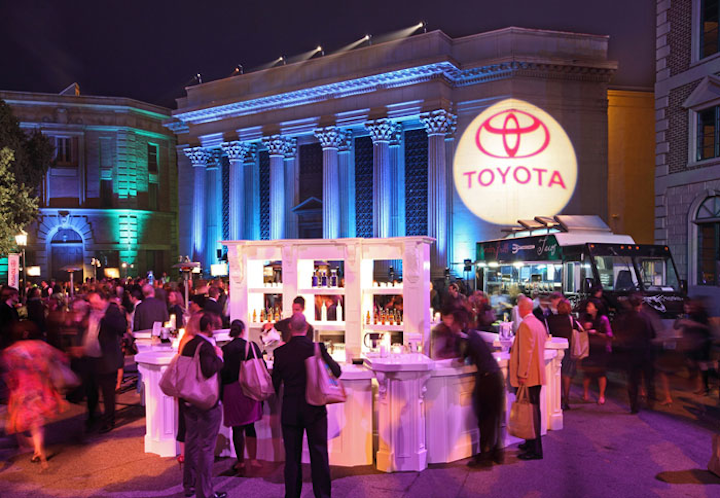 Guests fanned out over the back-lot streets for an after-party with food stations from local restaurants.
Photo: Line 8 Photography 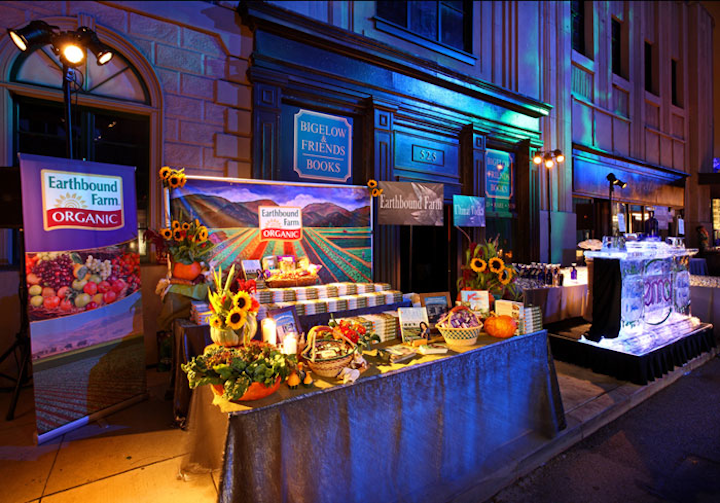 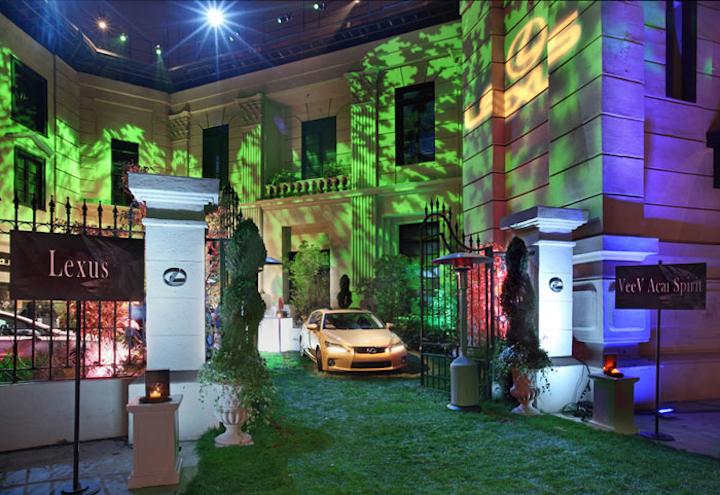 Green was the color of choice for patterned gobos.
Photo: Line 8 Photography
More in Strategy