Vegas glitz met European fashion as Elaine and Steve Wynn, and Eva and Roberto Cavalli hosted New York socialites and celebrities at Sotheby's for the Society of Memorial Sloan-Kettering Cancer Center's annual gambling theme party. The society's special events manager, Olivia Striffler, worked with AO Production and Sotheby's to produce an evening so enticing there was a waiting list for tickets.Guests passed through a throng of paparazzi downstairs to enter the event, where waiters proffering vintage 1996 Dom Pérignon and Cavalli Vodka martinis greeted them at the top of the escalator. AO transformed the second-floor salon into a casino, but rather than bringing in standard rental pool tables, the Wynns trucked in two roulette tables, two craps tables, and 16 blackjack tables from their Wynn Las Vegas casino two days before the event, and covered the Vegas tables with custom-made felt printed with the event's name. Wynn Las Vegas croupiers, cage personnel, and cocktail waitresses staffed the gaming room.

Working inside the auction house dictated some decisions. "They have a lot of priceless artwork and furniture to protect, so we worked together on making the event happen within their parameters, which at times presented a bit of a challenge," said AO's Owen Davidson. "It's perfectly understandable: one votive candle gone wrong and you've got a big problem, and nobody wanted that, so we found creative ways to work around everything. All the muslin on the ceiling and the panels on the sides of the room were hung from the same rigging used when Sotheby's displays antique carpets or chandeliers during auction."

Despite the restrictions, the evening went smoothly. Chef Daniel Boulud was on-site, cooking on behalf of his catering company, Feast & Fêtes, and turning out an elaborate springtime menu of lobster salad with.phparagus, and rack of lamb with spring vegetables. Two extensive dessert buffets, anchored with bottles of Serpentine, the new Cavalli fragrance, were laden with eclairs, fruit soups, sorbet, seasonal fruit tartlets, and more. The crowning piece of the buffet: a Ron Ben-Israel cake decorated with a three-foot-tall sugar dough replication of the famous "Welcome to Vegas" sign.

After feasting on Boulud's cuisine, guests were treated to Elaine Wynn's additional surprise for the evening: a high-energy performance by Max Chmerkovsky of ABC's Dancing With the Stars and students from his Rising Star Dance Academy. Following the performance, some guests flooded the dance floor to dance to Marquee DJ Erica's mix, while others headed back downstairs to gamble. This year's event raised roughly $400,000—$150,000 more than last year's benefit. Sweetening the pot was a late-night selection of chocolate gaming chips, playing cards, and other candies provided by Dylan's Candy Bar. 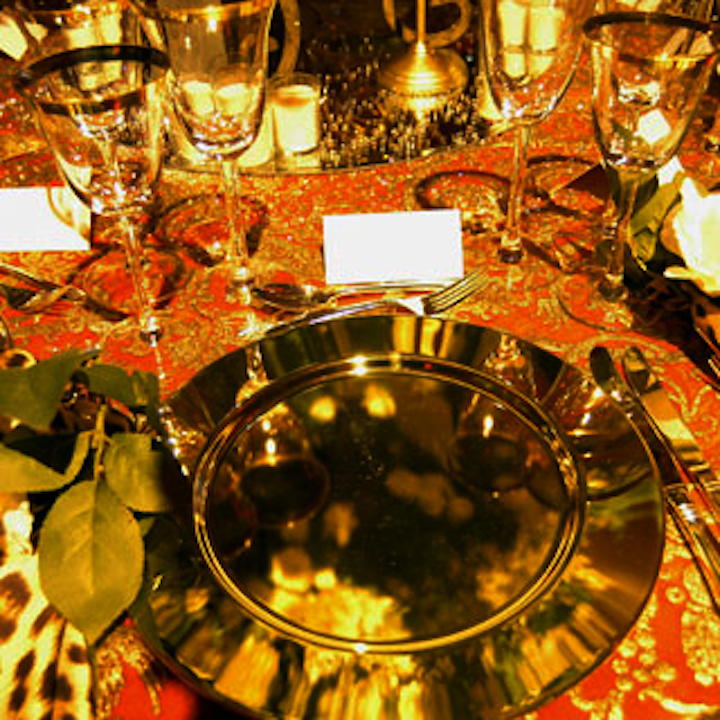 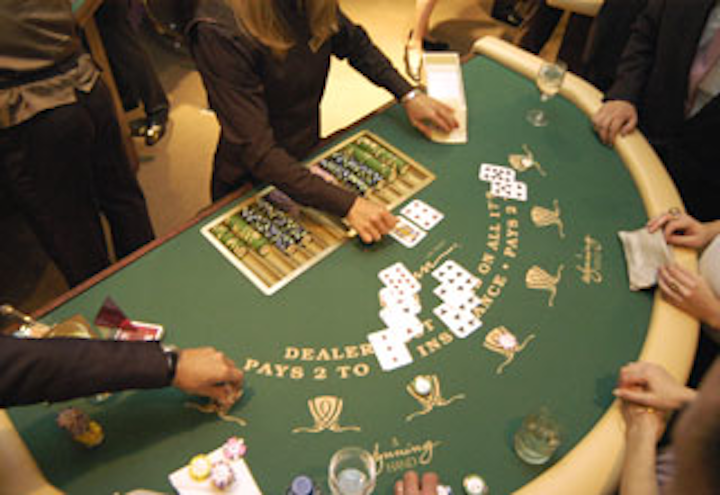 Custom-printed felt covered the casino tables trucked in from Wynn Las Vegas for the benefit. 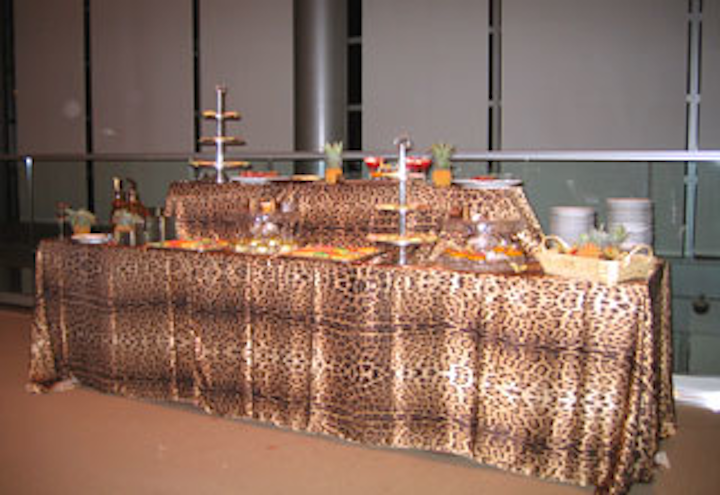 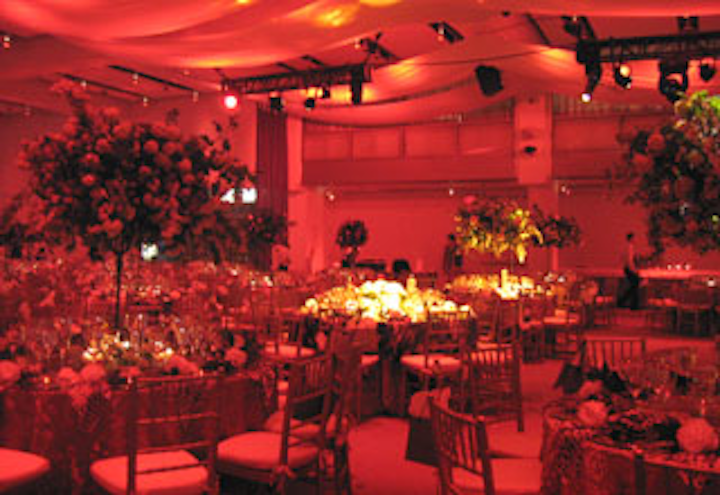 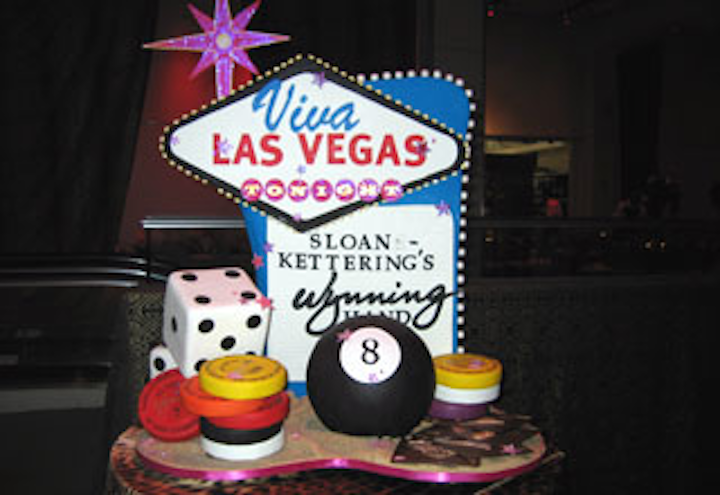 Ron Ben Israel replicated the "Welcome to Las Vegas" sign as a cake. 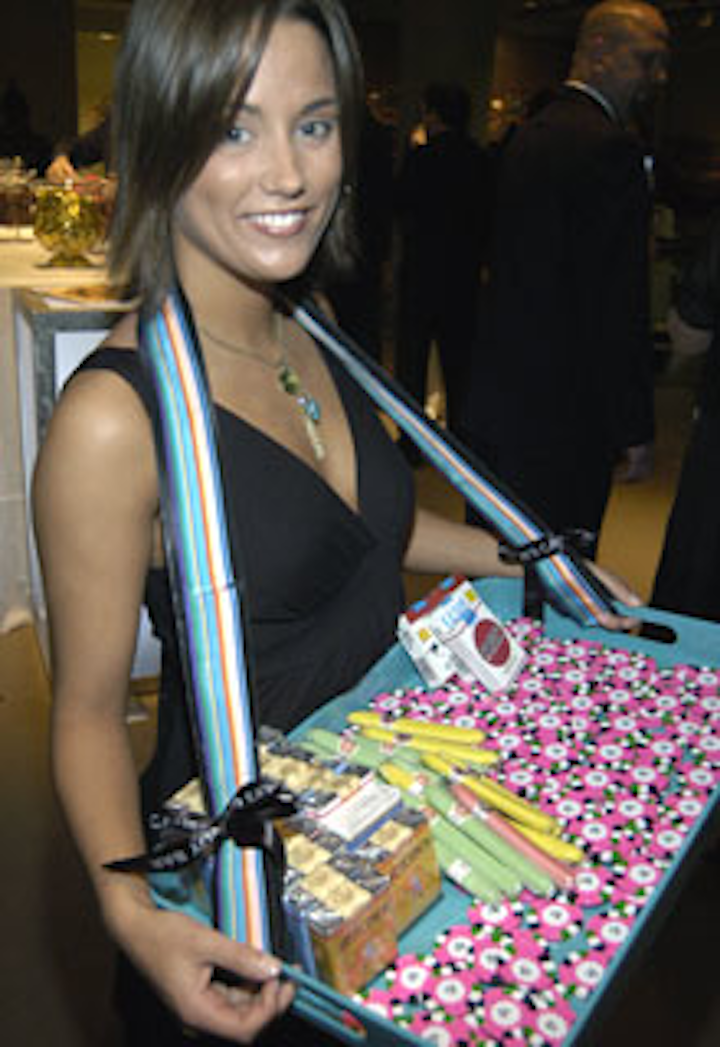 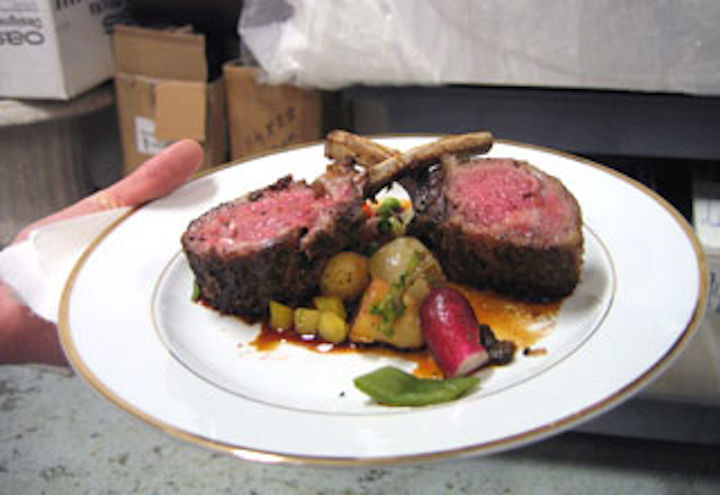 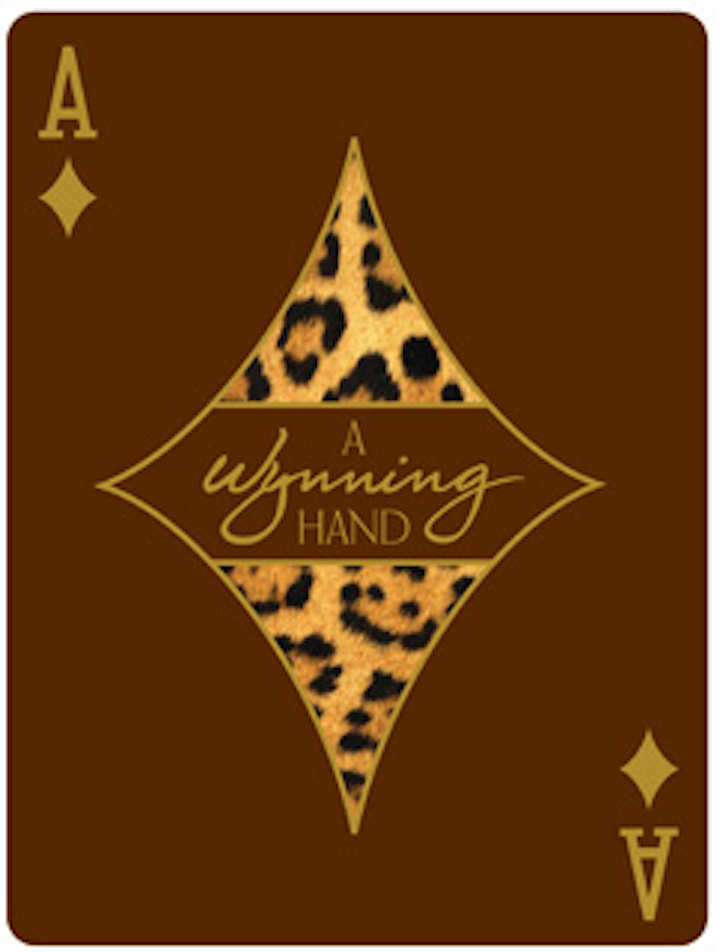