The Central Park Conservancy took advantage of its Halloween Ball's 13th anniversary to create an unlucky atmosphere filled with other portents of doom—black cats and broken mirrors.

Typically held at Rumsey Playfield—currently home to the Chanel Mobile Art pavilion—the event moved west to the grounds near the Naumberg Bandshell. The move had its perks: Not only did the designer make up for the inconvenience by providing the conservancy with prizes for the winners of the costume contest, the old band shell and darkened steps of the Bethesda Terrace at the new spot added to the foreboding atmosphere of the season.

Under the lead of conservancy director of special events Melissa Kinsella, event designer Frank Alexander Salaris of Frank Alexander NYC returned to provide decor. Salaris interpreted the dreaded number 13 with a haunted house of unlucky elements. Fake black cats and ravens presided over gothic the cocktail room, and a long wooden bar and set of benches resembled a church suffering from years of neglect.

The intended bad fortune, like most aspects of the holiday, was all in good fun. But for miniskirted women with a desire to bust a move, the reflective dance floor posed a very real threat. Passing a plastic cat is one thing, but doing your best “Thriller” on a floor made of broken mirrors in a Sarah Palin skirt is quite another.

There’s certainly good luck for some, though. The ball helped the conservancy raise more than $900,000 for Central Park, matching last year’s haul despite the somber economic climate. 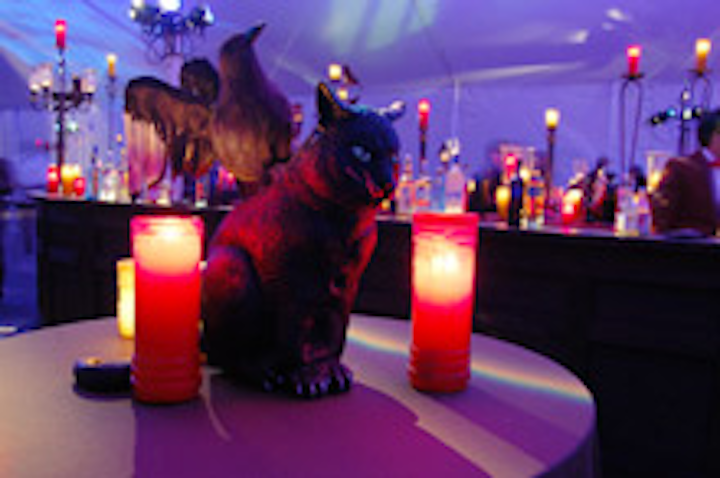 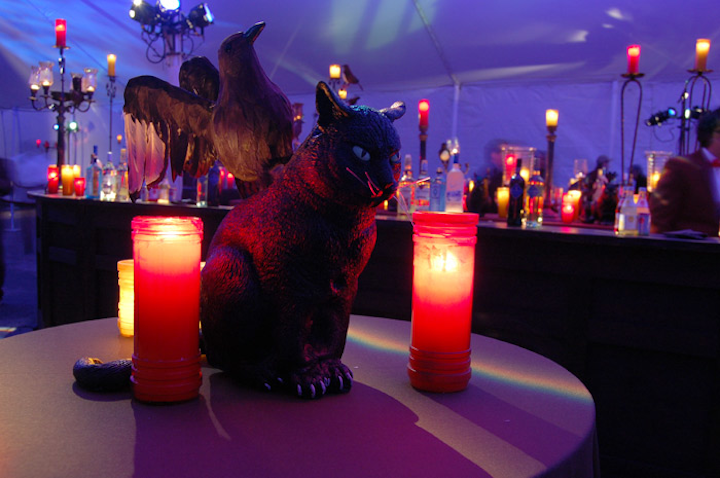 Riding the theme of bad luck, figurines of ominous animals like black cats and ravens sat on tables in the cocktail tent.
Photo: Jessica Torossian for BizBash 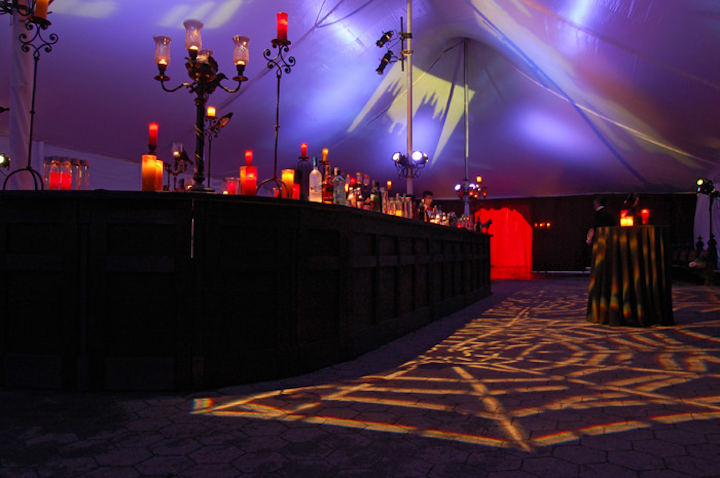 Silhouettes of turrets loomed over the gothic bar and candelabras.
Photo: Jessica Torossian for BizBash 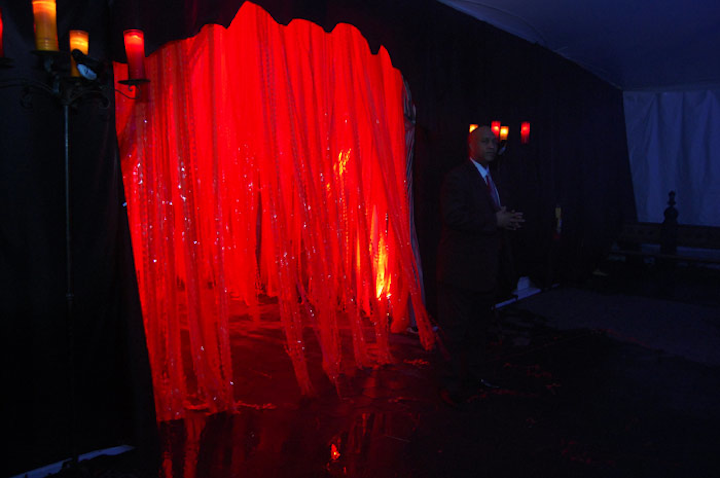 The corridor between the cocktail and dining tents had wind and smoke machines to swirl the hundreds of spidery red ribbons hanging from the ceiling.
Photo: Jessica Torossian for BizBash 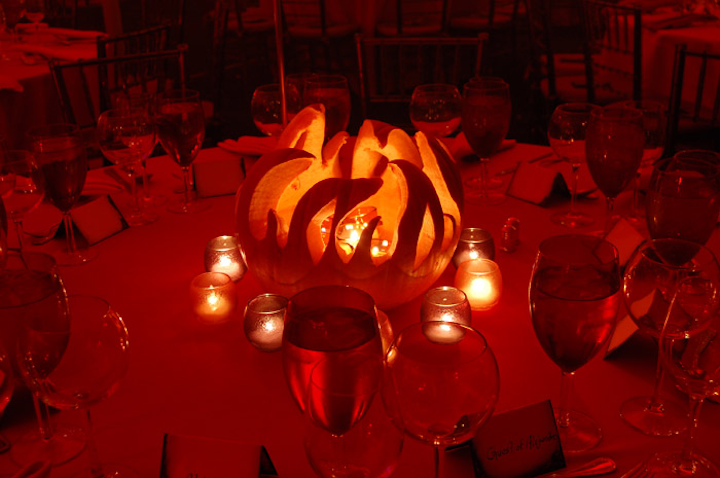 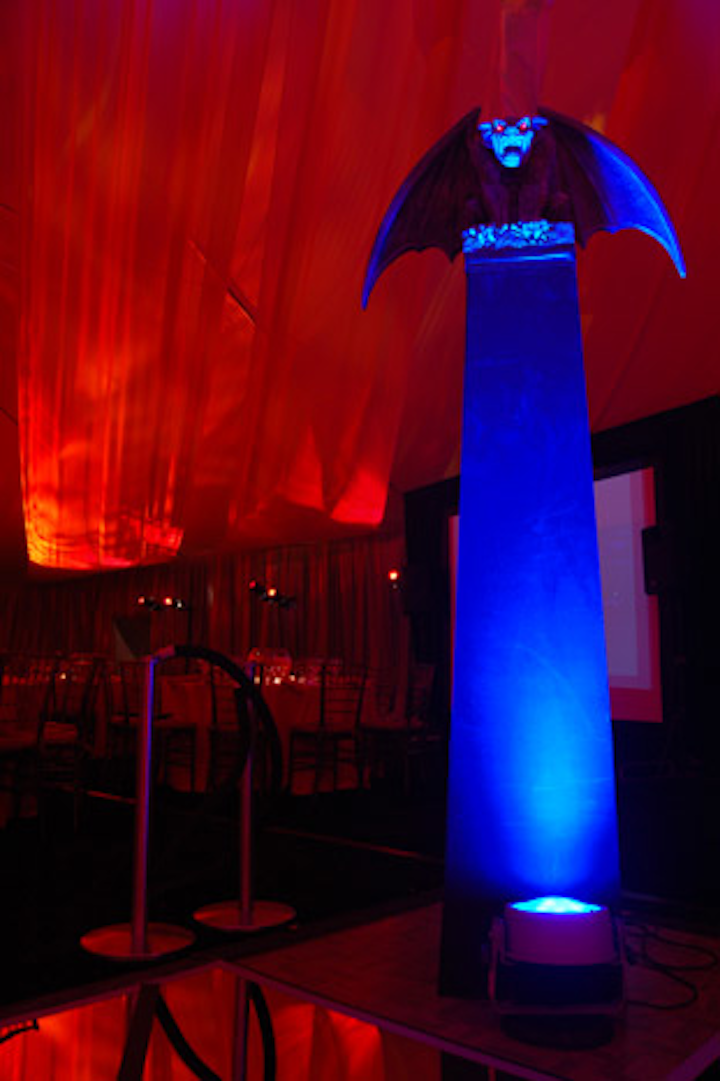 Four blue-lit gargoyles at each corner of the dance floor marked the dining room's only departure from red and orange decor.
Photo: Jessica Torossian for BizBash 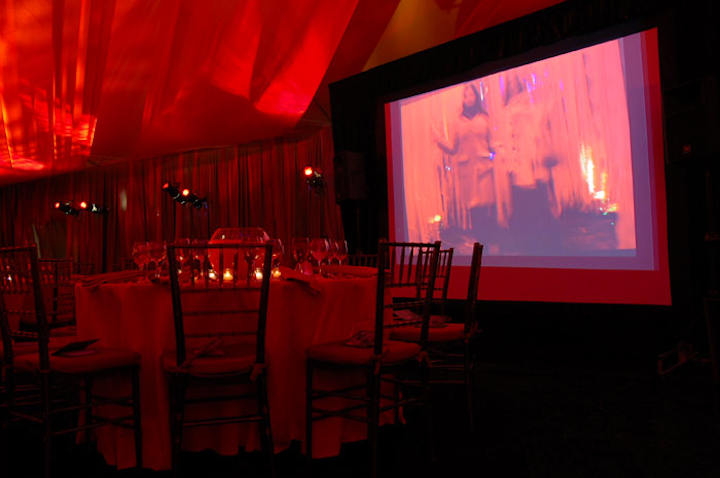 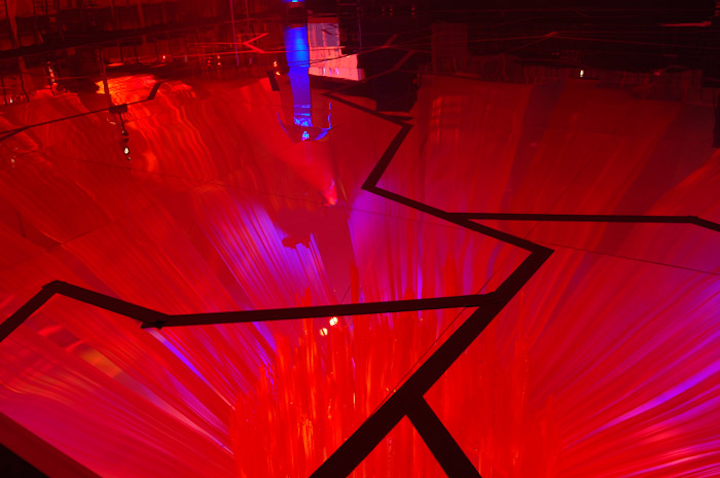 Most unlucky for the female guests wearing short skirts, shards of mirror made up the dance floor.
Photo: Jessica Torossian for BizBash 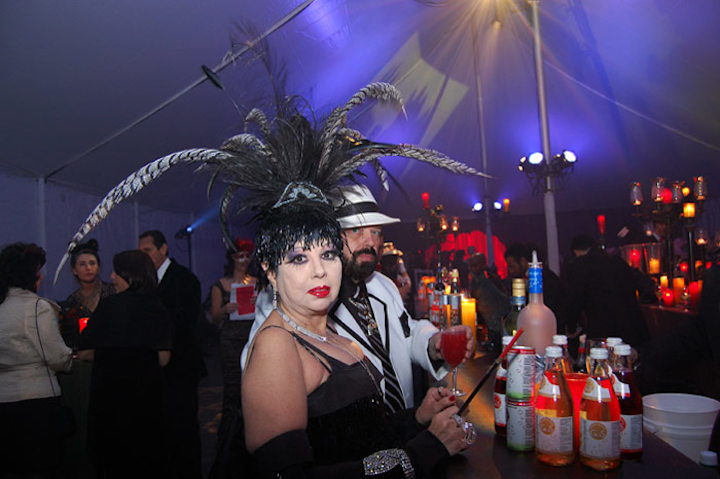 The election year inspired many revelers to don Sarah Palin and "Joe Six Pack" costumes, but old standbys like prohibition flappers were in no short supply.
Photo: Jessica Torossian for BizBash 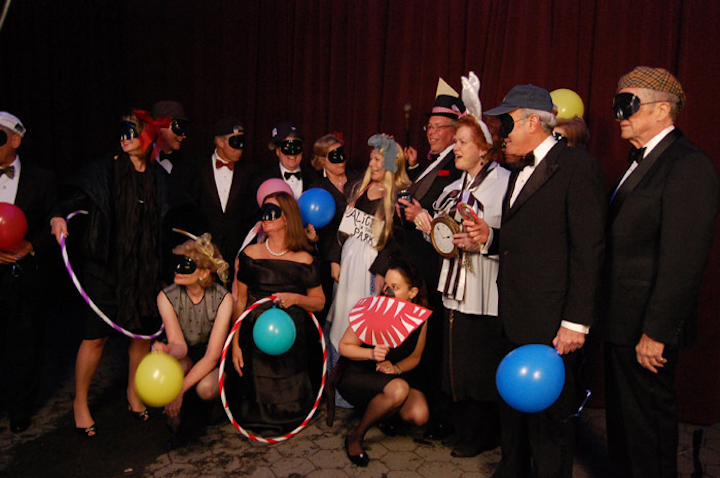 Guests wishing to enter the costume contest posed at the photo booth near the entrance.
Photo: Jessica Torossian for BizBash
More in Event Design