It’s an oddity of life in Southern California that the balmy region is entranced with frosty Victorian England during the holidays. Locals gravitate to malls like the Grove and the Americana at Brand to play in artificial snow, and area theaters stage far more productions of Charles Dickens’s A Christmas Carol than are found in London.

For the past 23 years, U.S.C. Thornton School of Music has carried on its own contribution to the holiday tradition with the "Charles Dickens Dinner,” a Victorian-themed fund-raising gala with caroling students garbed in top hats and bonnets decorated with poinsettia sprigs. “It becomes our season in terms of planning for this event,” said Joanna Jurich, the school’s director of special events, who has organized the benefit for seven years. “It’s known around the office as Dickens season.”

In honor of its 125th anniversary, the school kicked up the volume on the black-tie dinner at downtown’s Millenium Biltmore Hotel on Friday, recruiting the largest turnout yet of student performers—100 musicians and opera, chamber, and choral singers—and building the stage on a different wall of the hotel’s Crystal Room to give regulars a new perspective on a cherished tradition. “For the 125th anniversary, we wanted to change it up and give our guests something so they could walk in and go, ‘Wow!’” said Jurich, who worked with Thinkwell Design & Production on the event.

The landmark anniversary event, with Dean Robert A. Cutietta as M.C., also brought out the big honoree guns: opera star and alumna Marilyn Horne and outgoing U.S.C. president Steven B. Sample and his wife, Kathryn Sample, who received their award from Governor Arnold Schwarzenegger. Deans of three other U.S.C. schools attended to honor Sample, whose presence helped make this Thornton’s highest-grossing dinner, raising about $500,000 for the school.

As the 380 guests dropped off their cars at a side entrance, they were greeted by a tuba quartet, the first of several clusters of musicians posted throughout the event space. Across from the check-in table inside, 31 singers performed traditional carols and Hanukkah songs; they were dressed in Victorian attire in hues of forest green and burgundy, created by the opera department’s costume designer, Jacqueline St. Anne. 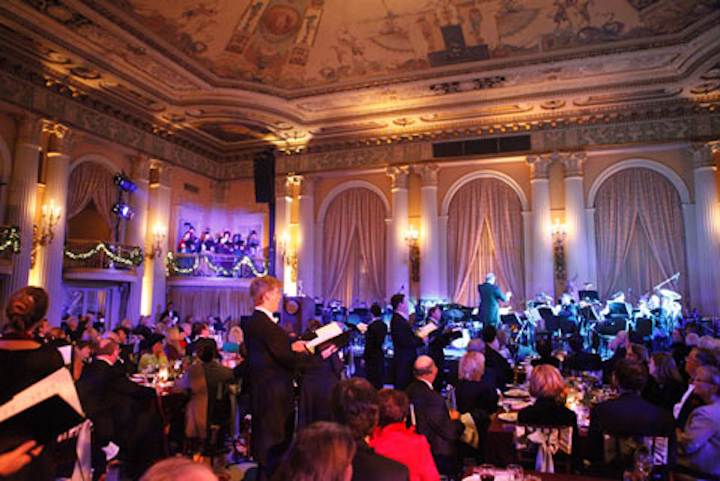 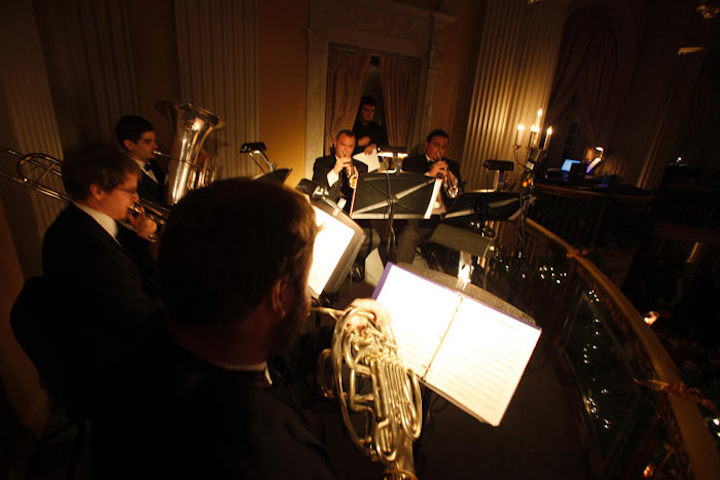 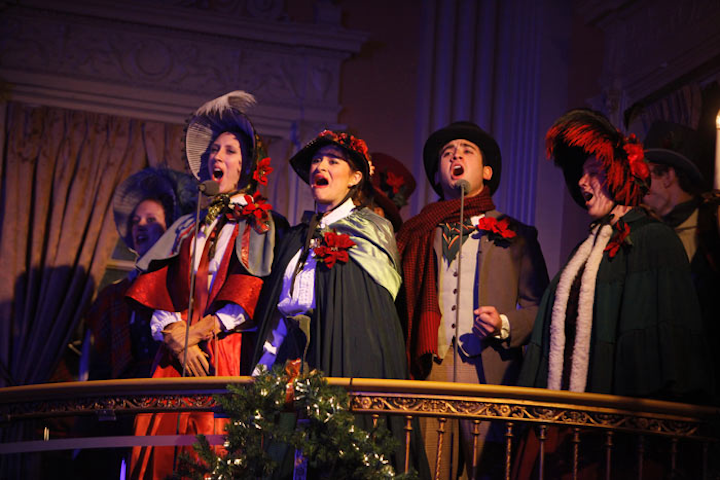 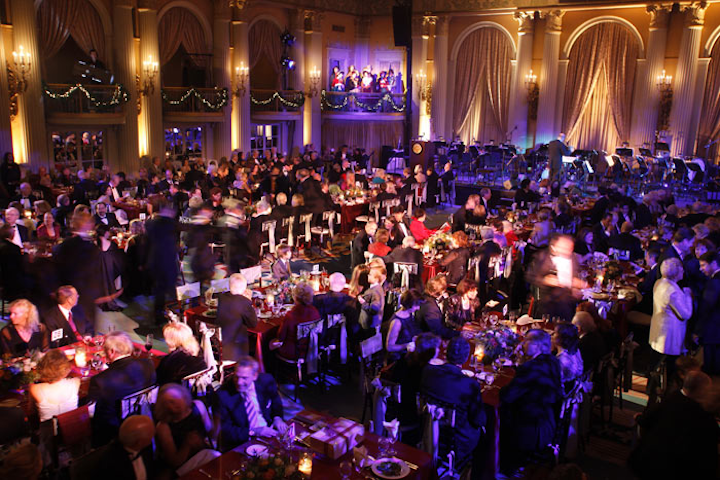 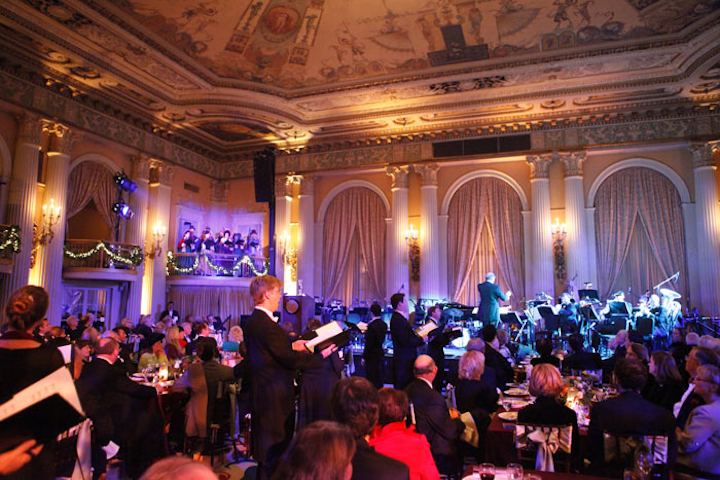 Carolers in the balcony and interspersed among the tables serenaded guests throughout the evening.
Photo: Steve Cohn 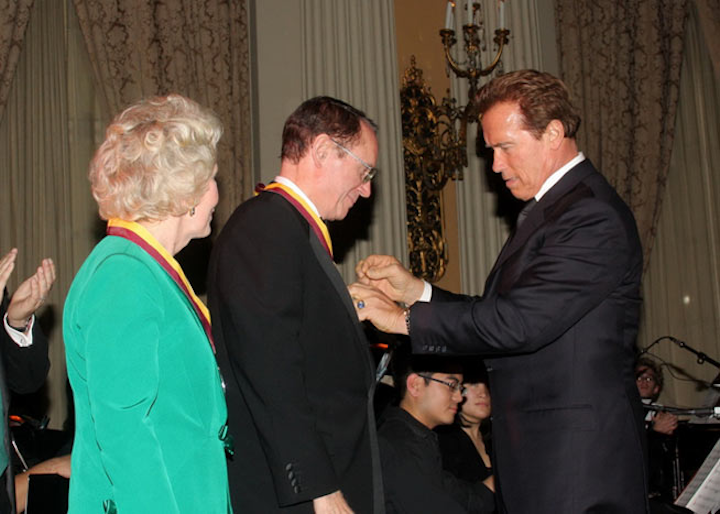