At its 20th anniversary Daffodil Ball, the Canadian Cancer Society incorporated 50,000 daffodils into a 1920s-style setting.

Billed as the most successful cancer-related fund-raising gala in Canada, the Daffodil Ball raised around $1.9 million and drew a sold-out crowd of 700 this year; it had a waiting list since early March. The hundreds who scored tickets donned boas and long strands of pearls for the April 18 event, which had a Great Gatsby theme that brought the 1920s to life at Windsor Station in Montreal.

Here's a look at how the prestigious gala channeled F. Scott Fitzgerald's novel (and the new Baz Luhrmann film) while letting its signature flower shine. After all, the decor included some 50,000 daffodils. 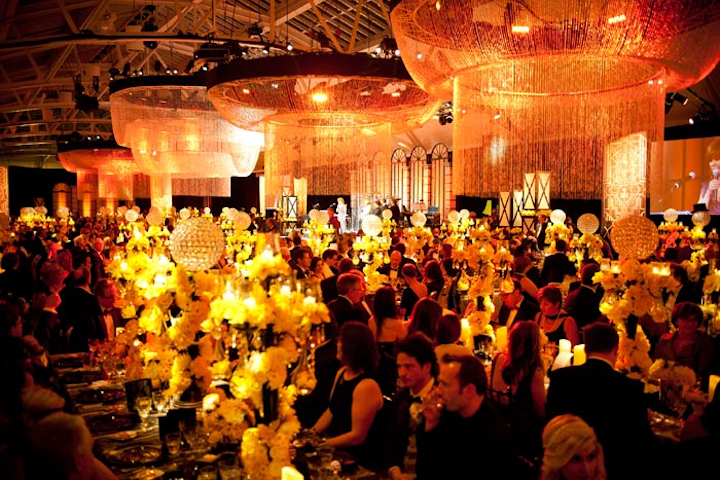 The dining room held five massive crystal chandeliers, which were designed and installed especially for the event. Lighting designer Nol van Genuchten used a golden-hued scheme that reflected the gold-on-black graphics used in the promotional materials for the new film version of The Great Gatsby.
Photo: Marco Weber/TVA Publications/Agence QMI 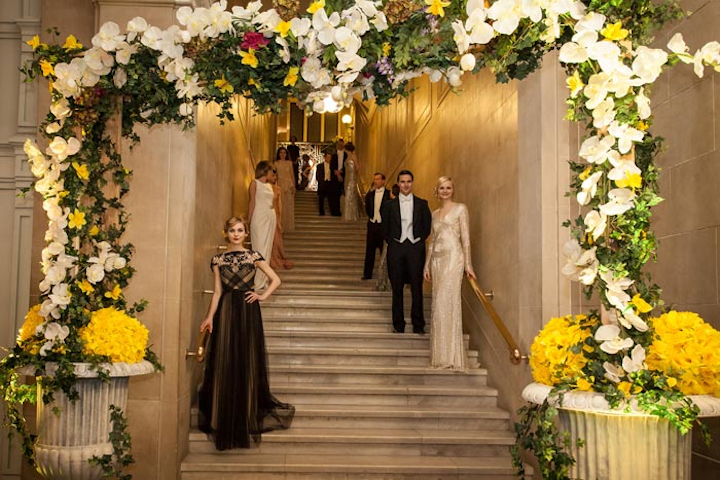 Models in '20s-style dresses and white-tie tuxedos lined the staircase at the entrance. The dresses were loaned by Holt Renfrew, and L'Oréal Paris provided era-appropriate makeup and hairstyles.
Photo: Stephane Poirier 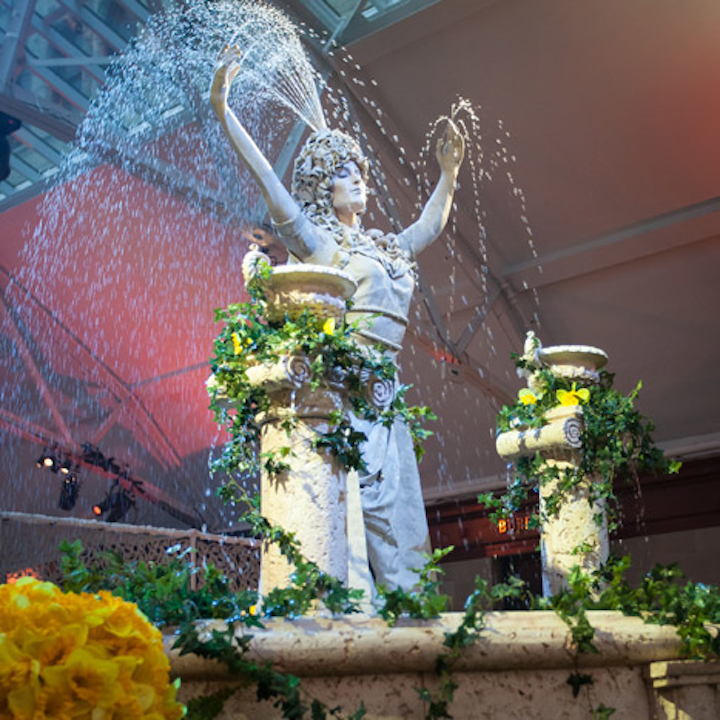 In the cocktail space, a living fountain twirled around slowly. Planners mounted the statue and surrounding water trough over an octagonal hole in Windsor Station's floor, and the set up required reinforced struts covered by flooring and raised three feet above ground level.
Photo: Stephane Poirier 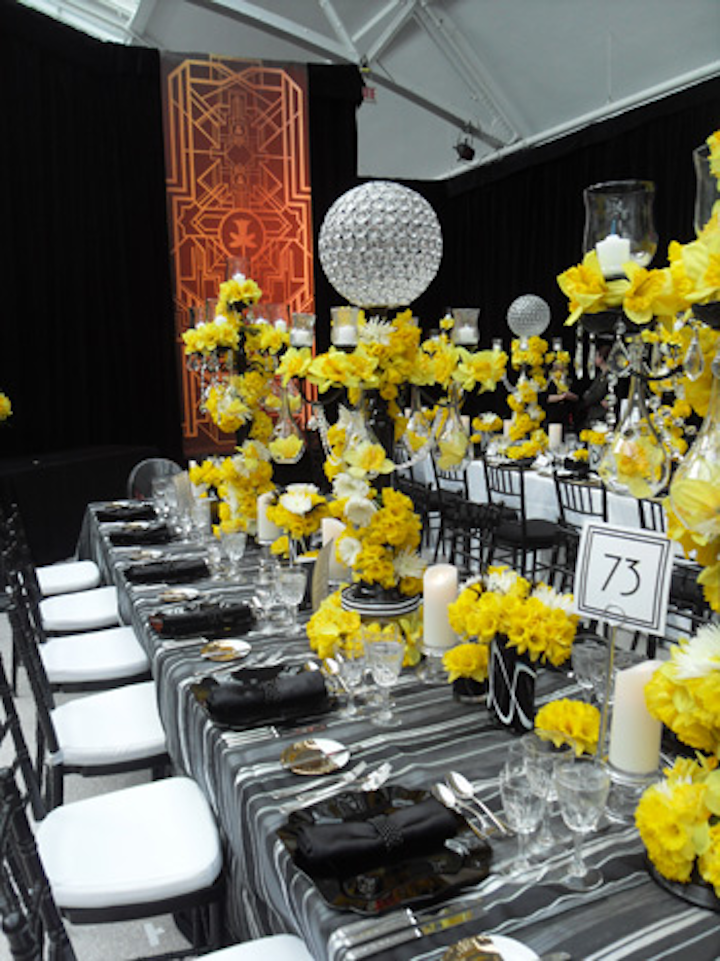 This year's ball incorporated 50,000 daffodils—more than ever before.
Photo: Courtesy of Decor & More Inc. 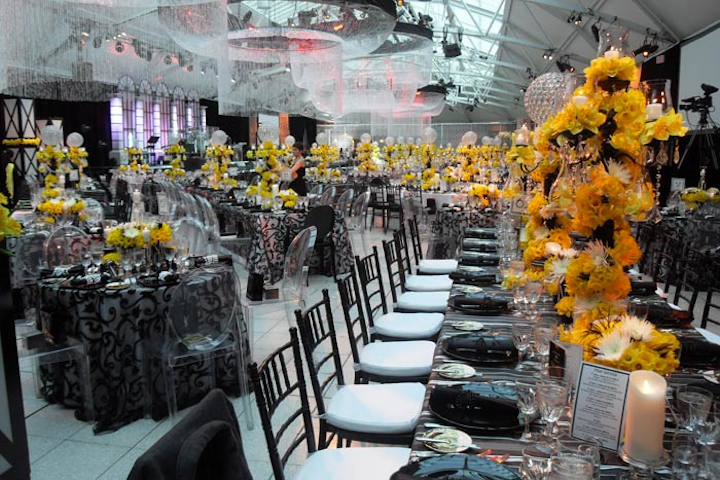 In the dining room, tables were mostly rectangular, but were interspersed with circular tables for six to 10 guests. Linens were black and white, and guests sat in black chairs and ghost chairs. The centerpieces were tall, black and crystal candelabras with daffodils winding up their stems; there were also daffodils clustered into Art Deco-style vases.
Photo: Courtesy of Decor & More Inc.
More in Event Design